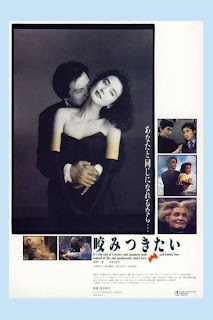 
The still-virile blood of Count Dracula has been in Romania for centuries after the Count's death. Scientists have kept a tight reign on the precious and dangerous substance but because of a revolution, riots and the assassination of the Romanian president, a packet of the blood has turned up missing. Years later in Japan, female scientist Yuzuko (Narumi Yasuda) gets her hands on the blood and takes it to a hospital lab where she works to do research. Meanwhile, a toubled family are going about their daily routine. Overworked, moody and stressed-out dad Ishikawa (Ken Ogata) is so busy that he barely ever sees his family and can't even remember his own daughter's birthday. Even worse, the pharmaceutical firm he works for has just gotten into a lot of trouble for a "bogus medication" they've distributed. Mom Kimi (Hideko Yoshida) is being neglected by her husband and having a difficult time controlling their rebellious teenage daughter Saeko (Hikari Ishida). The night prior, Saeko had gone to a party and not even bothered to come home. Thankfully, it's now her 17th birthday, so her parents have to let her deliquency slide... at least for now. Just when he didn't think his day could get any worse, Ishikawa is struck down by a car while he's on his way to do some damage control with the press. He's rushed off to a hospital and given a blood transfusion. Guess whose blood he accidentally receives? 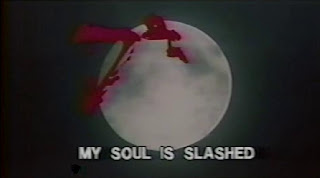 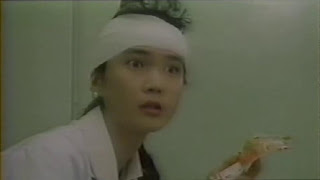 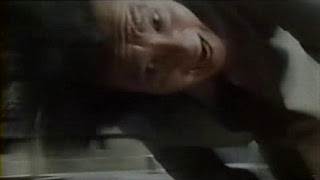 Ishikawa's family, friends and co-workers receive the bad news that he's dead. At the funeral, Yuzuko (who's also a vampire expert), shows up to inform Saeko that if she's still a virgin she can revive her father by dripping blood onto his cremated remains. Saeko does precisely that but nothing seems to come of it. An entire year passes and a lonely Kimi is back at work as a waitress, where a chef who also works there has fallen in love with her and vice versa. Saeko, who's grown up and matured since her father's passing, also keeps busy balancing school with work to help her and her mother get by. On a dark, stormy night, a bat flies out of Ishikawa's crypt. Next thing you know, papa is back home with no memories of the time that's elapsed or current events: his mind picks up right where it left off before he was hit by the car. Naturally, his daughter is so stunned she thinks it's just a bad dream until the next day. Ishikawa goes into work the next day and shocks even more people. As it turn out, after he died he became the scapegoat for the company's mistakes even though he is completely innocent of any wrongdoing. Guess they didn't figure he'd be returning to life any time soon. 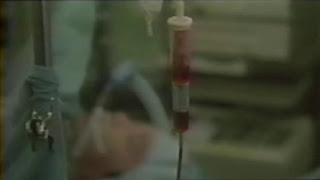 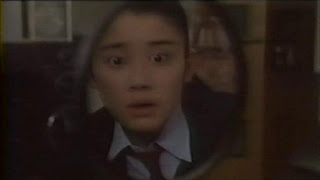 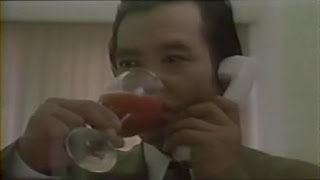 Yuzuko shows up just in time to explain to Ishikawa what he is and what his options are. With assistance from his daughter, Ishikawa doesn't let his former wife know that he's back in the picture. He'd prefer her to move on with her life and if she's happy with the chef, so be it. Instead, he goes to stay with Yuzuko in her Gothic mansion. She promises to turn him back to a human using a machine her father invented if he'll put up with 10 days worth of tests and research. In the meantime, he'd like to make up for the year he just lost by patching up his relationship with his daughter. During a blood sampling, the vampire finds the blood from women with children sour, the blood from old women bitter and the blood from young and beautiful girls smooth and delicious. Yuzuko then takes the vamp to a gym, where he can run on the treadmill without getting tired, maxes out all of the weight on the machines and becomes distracted by all the young beauties in an aerobics class. 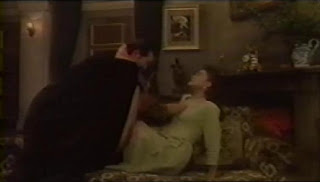 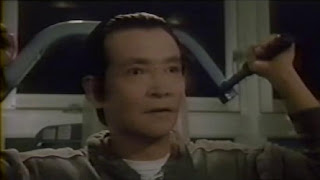 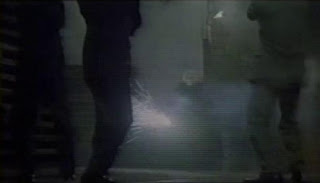 It's discovered that the hit-and-run accident that claimed Ishikawa's life was no accident at all. Kitaro (Takerô Morimoto), one of Ishikawa's co-workers, had it arranged so he could take the fall for the drug scandal. Since then, Kitaro has quickly moved up the corporate ladder to become the president of the entire company and has no problem risking people's lives by distributing the same tainted medication under a different name. When he finds out Ishikawa may now be alive, he sends a bunch of his henchmen after him with orders to kill. Little do any of them know what they're up against. After getting filled with lead, Ishikawa's hair turns gray and his powers reach their peak. He's now Count Dracula and ready for revenge. Yuzuko couldn't be more thrilled. She's been vampire-obsessed since she was a child and was exposed to pictures of Bela Lugosi, sighing "Maybe Japanese people don't appreciate Dracula." Screw Prince Charming, Yuzuko's personal idea of a Cinderella story involves getting transformed into a vampire by the Count himself. Sounds like my kinda girl. 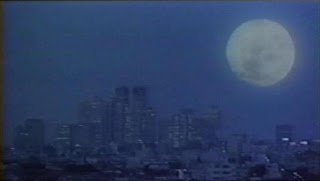 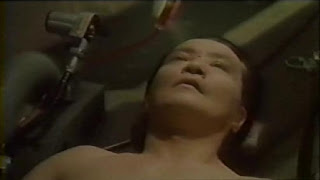 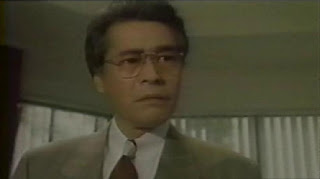 A very pleasant surprise, this mixes domestic drama, vampire horror and comedy quite wonderfully. It's entertaining, well-written, often very funny and even touching at times, with a great music score and winning performances from Ogata, Yasuda and Ishida. Special effects are scant, but we do get to see Ishikawa flying around (some great aerial photography is used) and turning into smoke, a bat and a rat. Unlike in America, horror films can and do win major awards in other countries and this one scored a handful in its native Japan (particularly for newcomer Ishida), where it was a hit. Unfortunately, the acclaim didn't translate to a worldwide distribution deal and it's been completely forgotten since its release. Right now it has a very pitiful 27 votes over on IMDb. Finding reviews online isn't easy, either. 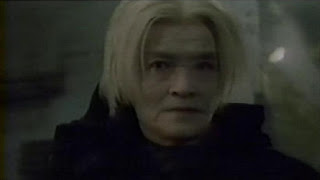 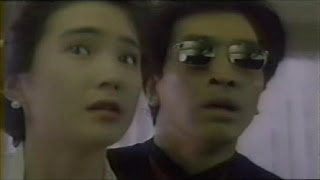 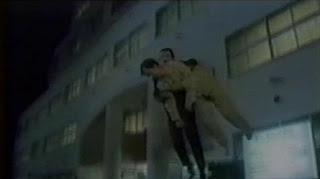 Video Search of Miami was the only place to offer an English-subtitled version of this film and sadly it remains the only place that offers one. It's sad because the quality of their version is awful as my screen caps probably attest. VSOM was an important mail order distribution company back in the day whose catalogue contained many very hard-to-find films; especially foreign-language films that were never officially released in America. The company's thunder has since been stolen by both internet availability of rare films via bootleg and torrent sites, and by legitimate distributors offering higher quality versions of the films only VSOM once carried. Either way, this film deserves way better and I think would be a very worth acquisition for just about any DVD company. 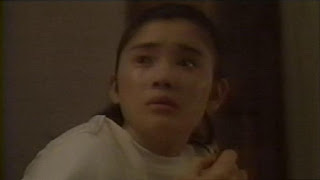 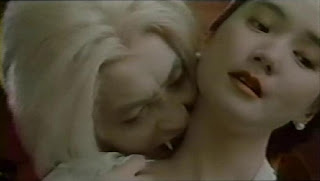 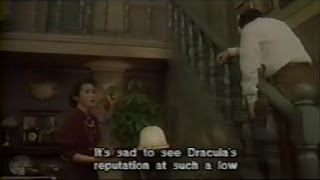 The original Japanese title translates to I Want to Bite You/From Dracula with Love. My Soul is Slashed, which this is most commonly known as here in the U.S. and is quite misleading, comes from the Mylène Farmer song over the end credits. Though usually listed as being a 1991 film, this is set in 1990, was filmed in 1990 and bears a 1990 copyright date in the credits. Director Kaneko is best known for his late-90s updating of the Gamera series. He also directed one segment of the disappointing American Lovecraft anthology NECRONOMICON: BOOK OF THE DEAD (1993).