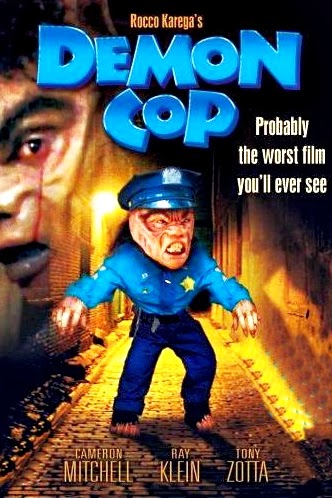 ... aka: Curse of Something Bestial, The


It doesn't happen too often, but I actually had to stop this film 15 minutes in and take a deep, mind-emptying breath. "How in the hell was I going to write this thing up?," I wondered. That was soon followed by "How in the hell am I going to watch 70 more minutes of this crap without pouring bleach into my eyeballs?" Nothing, and I mean nothing was making a lick of sense. I was overwhelmed by the vast amount of characters, the constant hopping around from scene to scene, close-ups of eyes darting around and mouths talking about murders and gang-bangers and AIDS and black men giving other black men a bad name and this and that, shots of people's backs as they talked, shots of buildings as random people inside talked and multiple voice-overs from multiple characters. A tacked-on pre-credits intro of special guest star Cameron Mitchell sitting behind a desk chain smoking didn't help matters and neither did the seemingly random shots of a monster face inserted here and there. Were these flashbacks, flash-forwards or were they currently going on? Well, it seemed to be a little bit of everything. I just couldn't tell what was what, who was who or what the hell this was even about. Thankfully, it starts making a little more sense after the first 20 or so minutes. Even better, it also becomes absolutely hilarious. 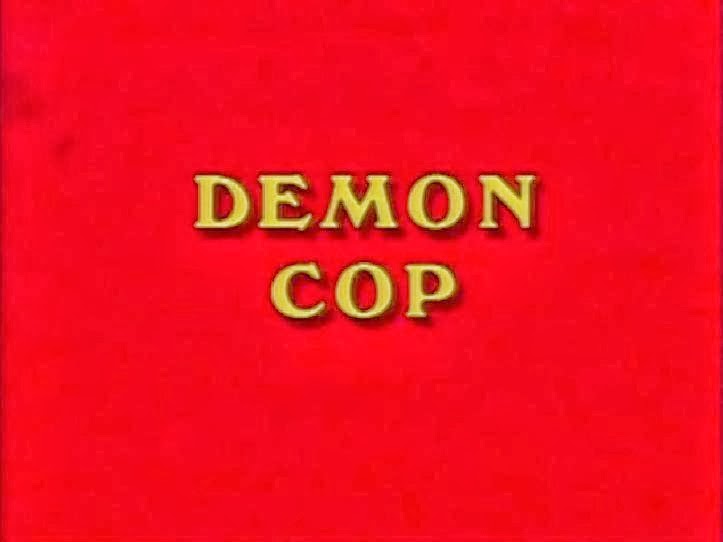 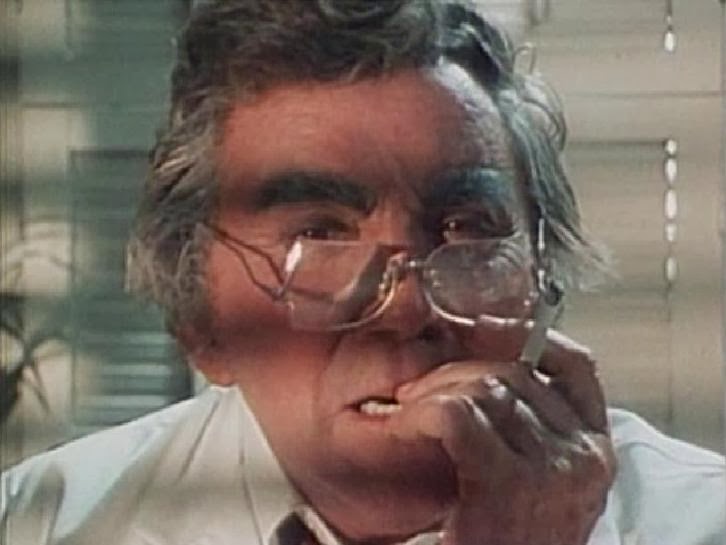 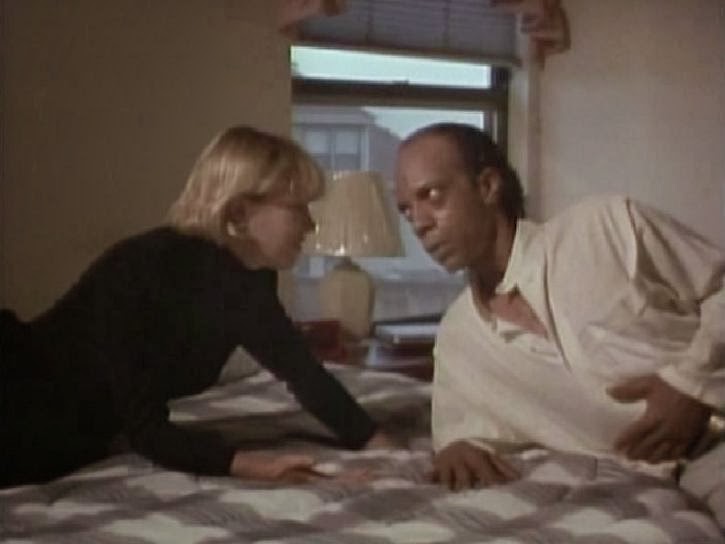 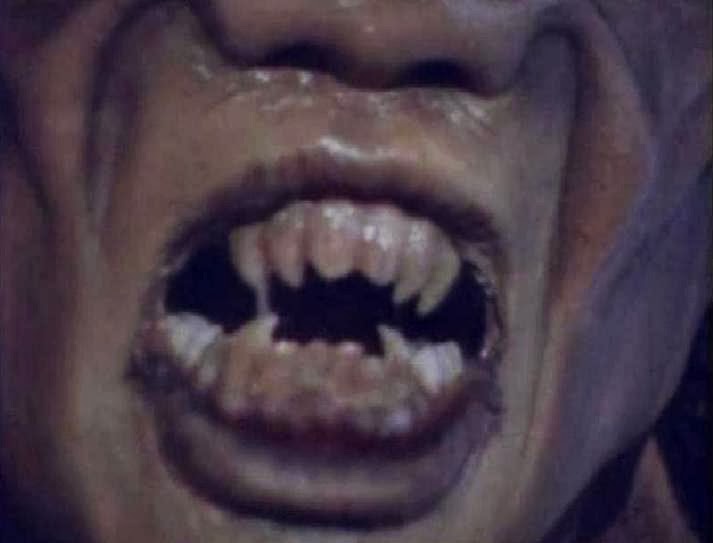 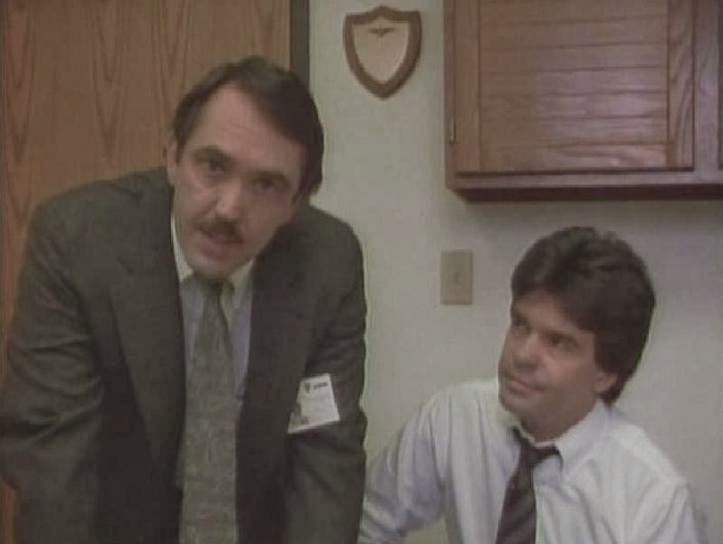 I suppose right now's about as good a time as any to point out that - despite the title - this film has no demon cop. Nope; no demon cop anywhere to be found. It was originally filmed under the title The Curse of Something Bestial and this new moniker was just an enticing bogus re-titling for the home video release. Then again, I guess an honest title like "Demon Former Probation Officer" may not have roped in much of an audience. At some point, Fred Olen Ray got his hands on it. I'm not sure if he had anything to do with the hatchet-job editing, but he did add all of the footage of Mitchell to bookend the film. As he often did, Ray hired a formerly known star on their last legs for a day's shoot and filmed generic footage of them that could be used in later projects. He did it with John Carradine, who shot scenes as a mad doctor speaking in very vague terms that later popped up in EVIL SPAWN (1987), and did the same thing with Mitchell here, who plays a doctor at the Ravenwood Asylum for the Criminally Insane. In his brief scenes, Mitchell smokes cigarettes, opens a "file of the damned" and then says that this will be "...the type of tale that would drive Edgar Allan Poe to the brink of madness." Indeed! Interestingly, leftover footage from this same Mitchell shoot also ended up in the Steve Latshaw directed / FOR produced pumpkin-head-killer slash flick Jack-O (1995) years later, which also featured generic footage of Carradine sitting in a field talking. Ray's quite thrifty like that. 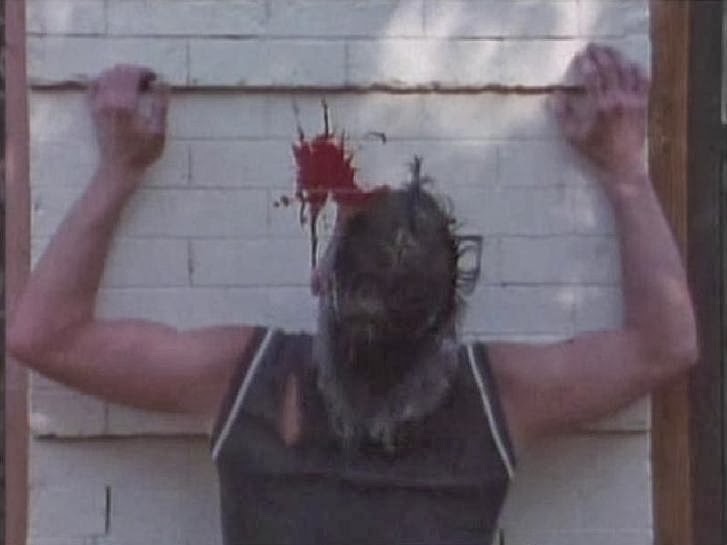 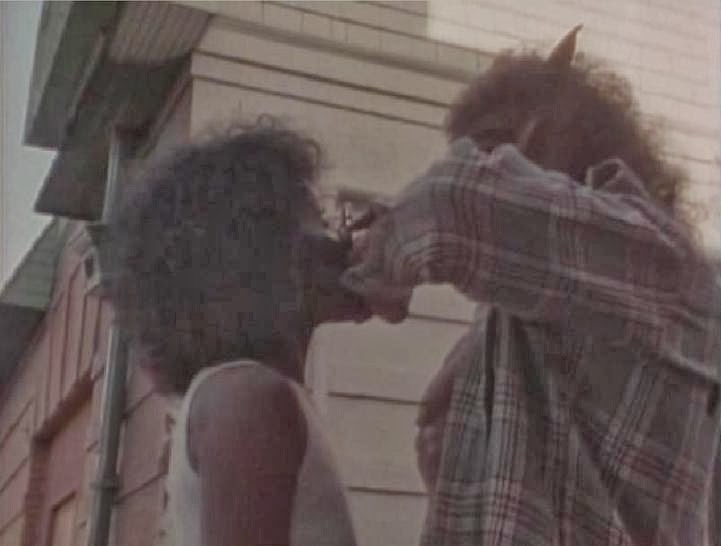 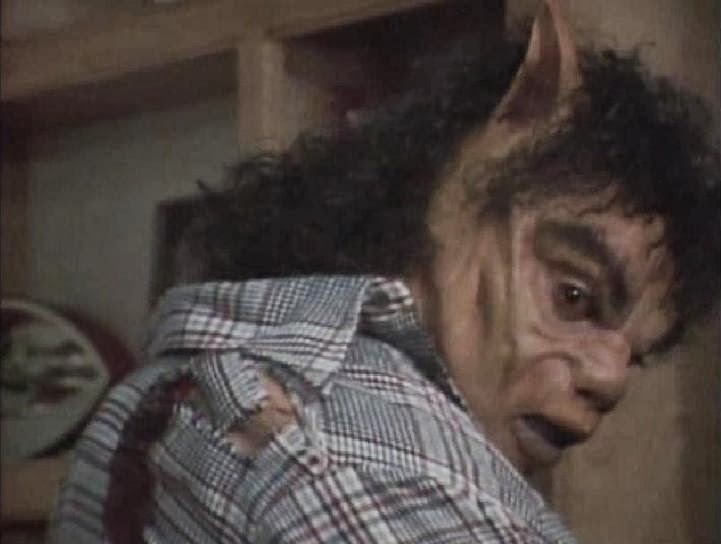 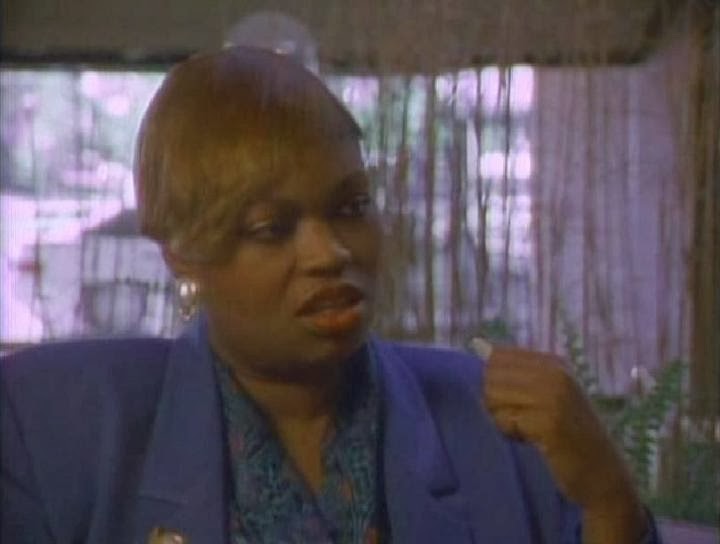 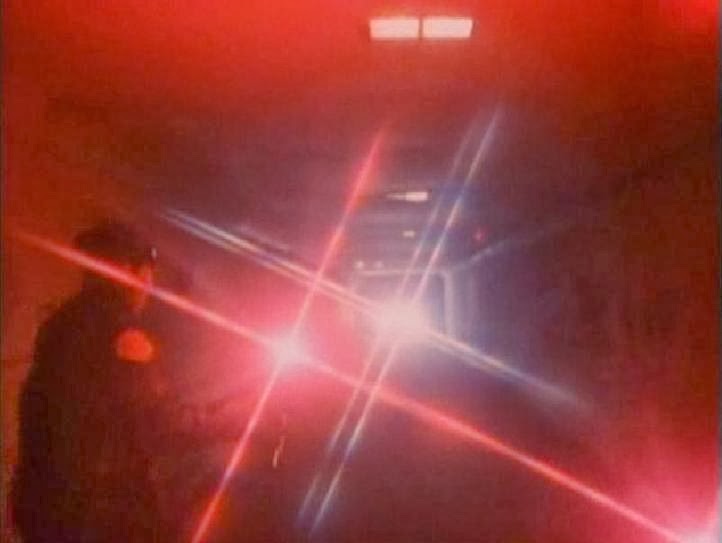 Of what I could make of the plot, someone is going around the Denver suburb of Aurora Hills killing gang members. A pair of cops; Logan (Ray Klein) and Spence (Tony Zotta), are put on the case and start interviewing possible suspects. Meanwhile, Edward Thurman ("R.M. Anthony"), a Vietnam vet and former probation officer who'd been wounded by a drive by a year earlier is showing strange signs of not being himself. After getting shot, he was given a blood transfusion and ever since has developed quite the murderous streak. Testing for various diseases has turned up nothing in the process. Thurman's girlfriend Kelly (Julia M. Westland) knows what's going on, but she's intentionally withholding information from the cops unless they can help cure him. Maria (Theresa Fenneaux), a wheelchair-bound pathologist with a bleached poodle perm who is given a ton of dialogue and can't stop flubbing her lines, helps in the investigation. Interpol agent Horst Steinfeldt aka "Bloodhound" (Duncan Larson), who also seems to have difficulty remembering his lines and forgetting he's supposed to be from Germany, shows up in town and seems to be tracking Thurman. 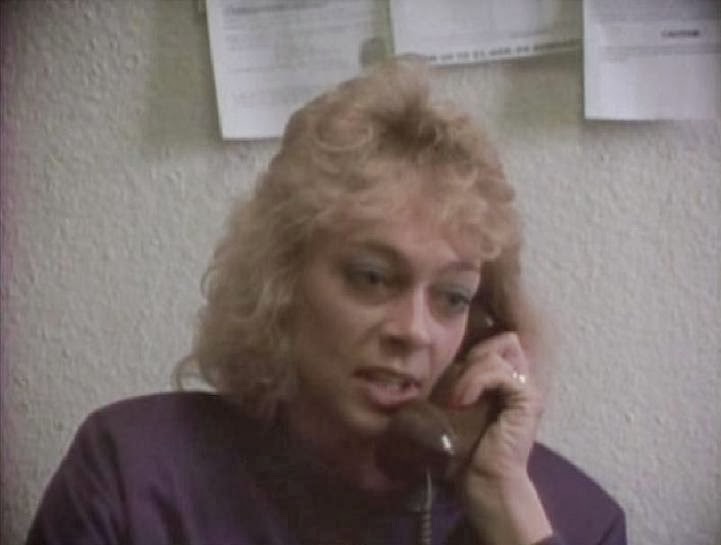 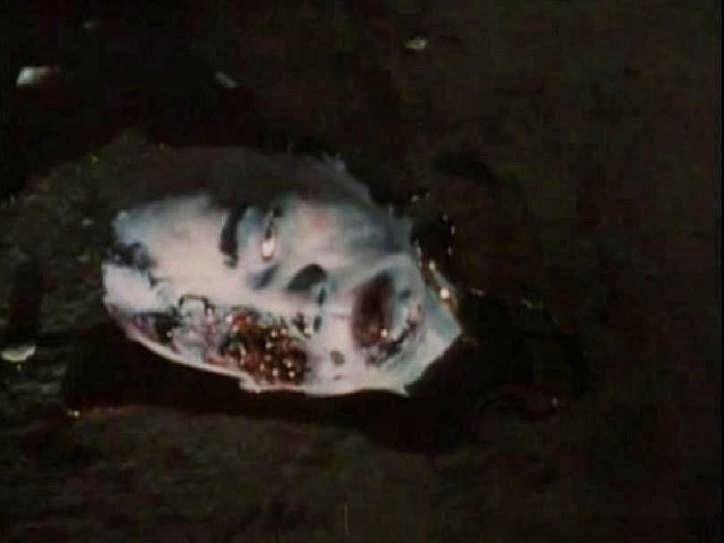 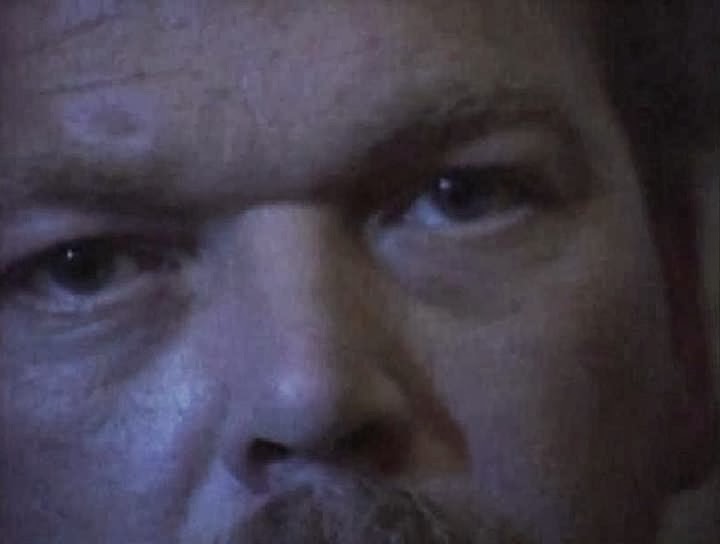 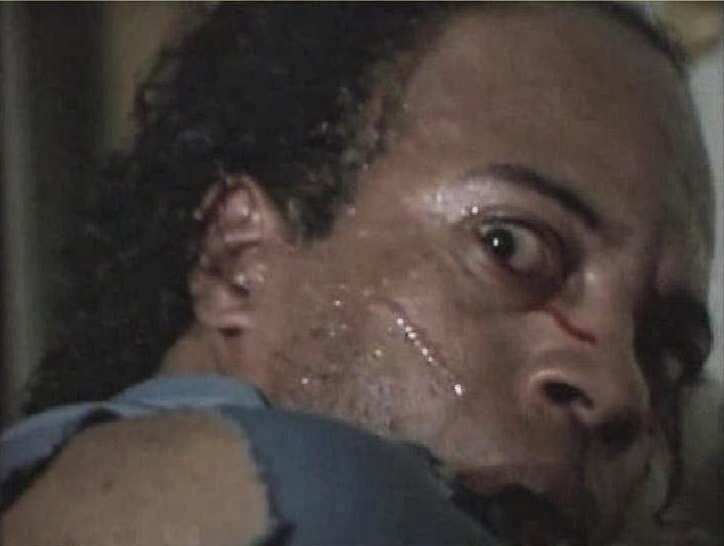 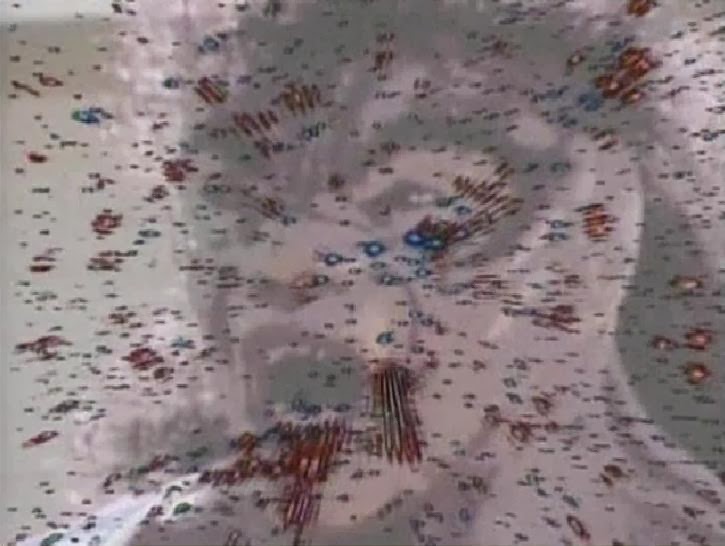 As it turns out, our sickly-looking killer has been the unlucky recipient of the 500-year-old "demon of retribution;" which he received during his transfusion. The donor was a Jewish immigrant who'd been infected himself and was wiping out Nazis. Now that the demon is inside a man who was gunned down by thugs, he's drawn to killing the "mother fuckers who are the cause of my suffering" (i.e. other gang-bangers). The curse is activated by cycles of the moon and turn him into a barrel-chested, deep-voiced, rubber-faced demon. During one hilarious sub Troma-esque scene, he takes on three gang members; two male and one female, armed with chains, baseball bats and a Tommy gun. But nothing prepares one for the big taser gun finale, which is a laugh riot of almost unparalleled proportions. I had a strong hunch that leading man "R.M. Anthony" was director Karega before I actually verified it online. Why? Well, once you see him in action, the answer will be pretty obvious. Not content with subjecting viewers to his laughable anguished over-emoting, he shows a genuine cruel streak by also forcing us to look at his scrawny ass naked. I know nudity is supposedly a selling point but that rule doesn't apply when it's being provided by some balding, bug-eyed troll who looks like he just spent a year in a crack house. 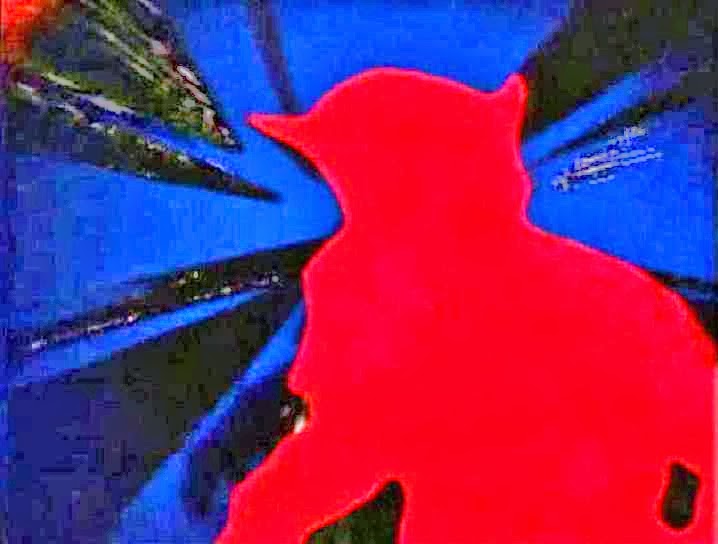 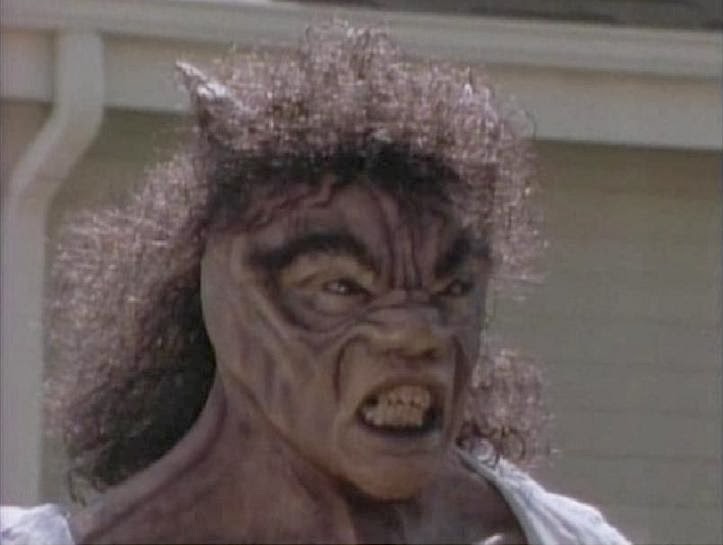 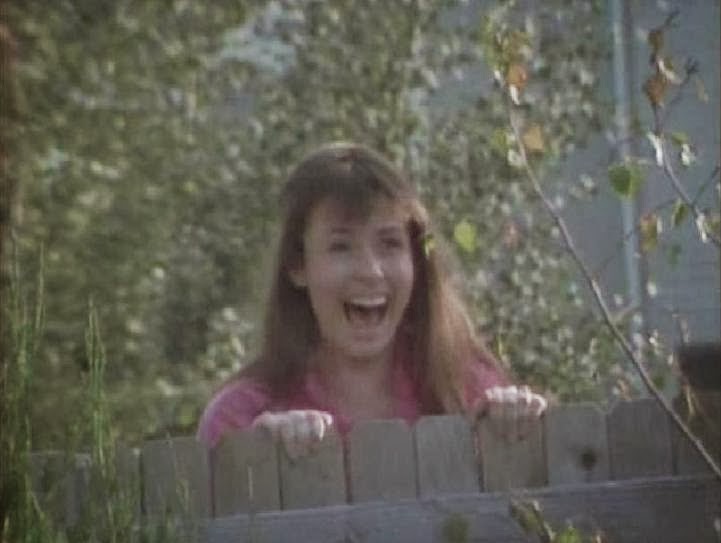 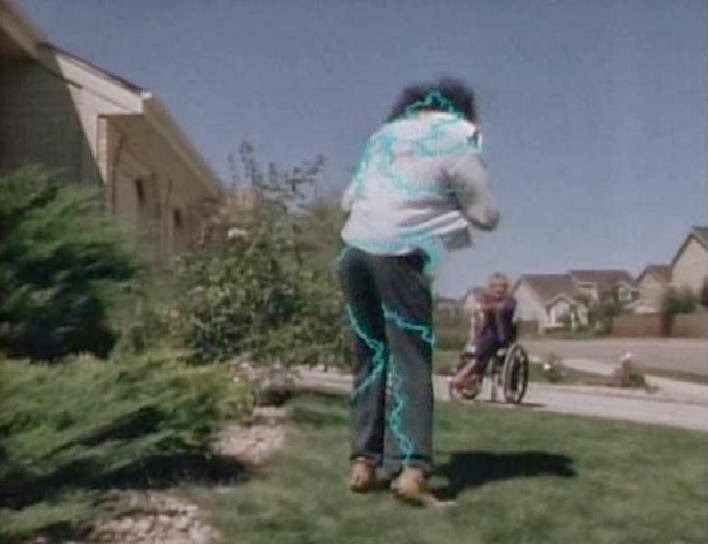 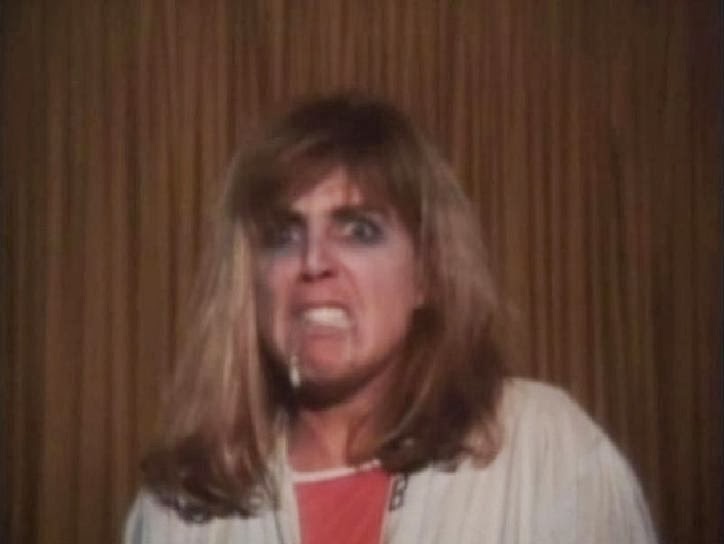 IMDb lists three directors: Karega (the only credited director on the print I watched), Ray (who released it through his company American Independent Productions) and Hal Miles (though he's listed in the credits as just being the producer, makeup designer, photographer and 2nd unit director). Ray Harryhausen, Dick Smith and Forry Ackerman are all thanked at the end.

SBIG
Posted by The Bloody Pit of Horror at 7:43 PM 3 comments: