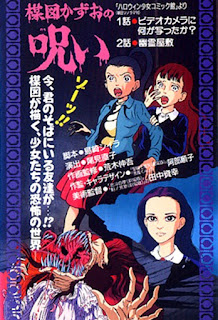 
A creepy man sitting on a swing warns against playing puerile pranks and tells us not to toy with the supernatural to preface this two-part anime. The first tale is “What Will the Video Camera Reveal?” The mysterious Rima Ogawa has just returned to Japan from Mexico and is starting at a new school. Everyone (particularly all the guys) seem interested in the beautiful young girl, but she has a strange, unnerving effect on another female student named Masami. Simply by looking at her, Masami feels electricity coursing through her body, passes out and has to be taken to the nurse's office. Later that night, she has a nightmare so disturbing she can't even remember it and awakens to discover her bedroom window open and a small, unexplained mark in the middle of her neck. She puts a band-aid over it and goes about her business. The following night, she makes sure to lock her window but has another nightmare and awakens to discover the mark on her neck is larger and bleeding. She also has a clump of black hair in her hand... 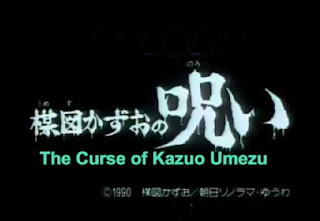 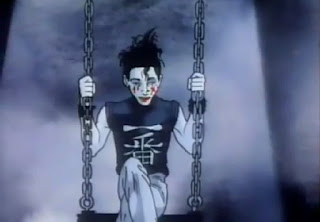 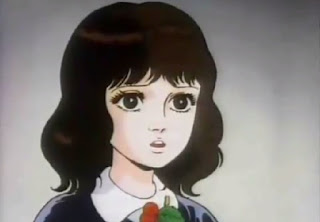 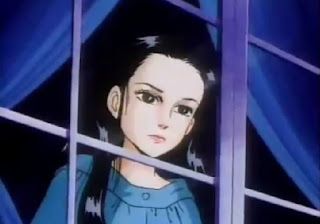 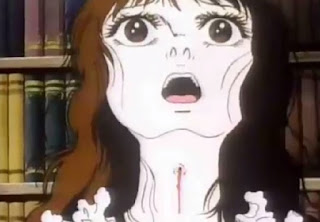 Now convinced the new girl in school is a vampire who's out to get her, Masami tries to tell others but her concerns are brushed off as her being jealous of Rima's beauty. She turns to her friend Umezu who gives her a video camera and tells her to tape herself sleeping. That way if someone is indeed sneaking into her bedroom to feast on her blood at least she'll have proof. Masami goes through the same nightmare routine as before. Umezu watches the tape and sees something so frightening he immediately leaves; only telling Masami that if she wants to see what it is, to watch the tape herself. But Masami is too scared. She does however notice some strange changes in herself; namely that her neck wound has healed and that she seems to be getting more beautiful. This is particularly strange considering suspected vampire Rima is no longer in town and has transferred schools. 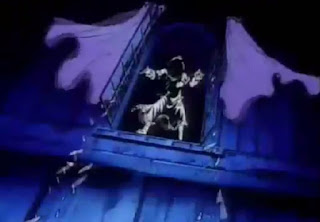 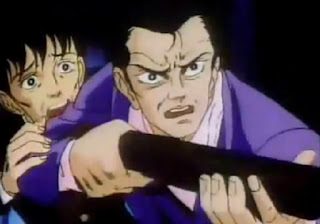 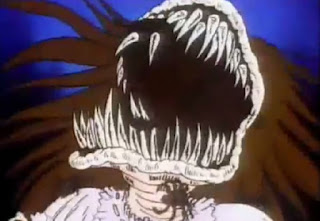 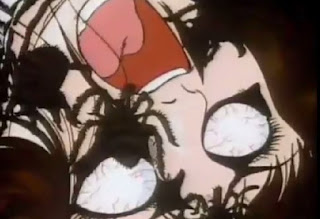 Our second story is “The Haunted Mansion.” Horror movie obsessed Nanako invites her friend Miko over for a slumber party where the two eat junk food, drink beer and watch horror videos. Getting a bit tired of movies, Nanako decides it'd be even scarier to go to a nearby abandoned mansion to see if rumors that it's haunted are actually true. Because the place is going to be demolished soon, she manages to talk her apprehensive friend into going to at least look at the place. Once they arrive, two other curious neighborhood girls show up and the four break in. As soon as they enter through the door, it slams shut. And their flashlight dies. And they discover the portrait of a mysterious and beautiful woman. Always good signs. After stumbling into a child's room, the horrors begin. 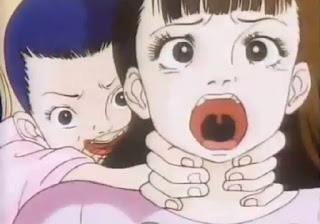 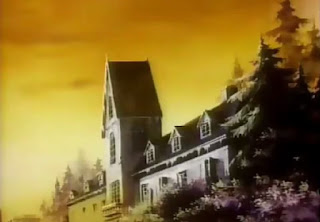 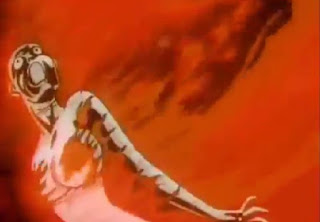 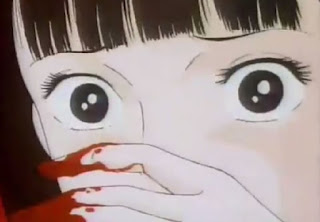 Miko has a hallucination involving a music box, a teddy bear and toys bleeding and then the room filling up with blood. And then a hideous ghost in a blue flowing gown shows up. Simply by staring at someone, the ghost can make their body completely fall apart, as three of the girls soon find out. The squeamish Miko is the only one who remains as the ghost slowly approaches. She suddenly wakes up in bed, thinking everything was a nightmare. The next day at school, Nanako and the other three girls who were with Miko in her dream all have unexplained scars around their limbs and necks. In order to see if all that is connected to the mansion, the four girls decide to go there and see for themselves. Needless to say, that turns out to be a big mistake. 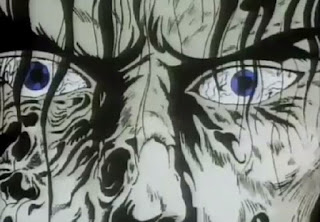 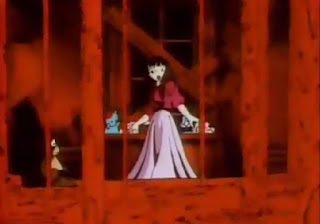 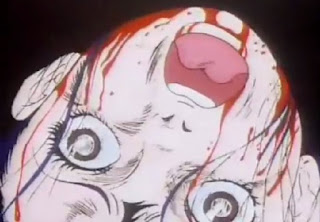 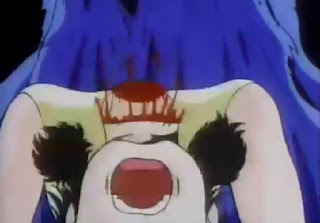 Running just 43 minutes, the animation here is cheap and crude when it's compared to – say – Disney movies made around this same time. But ask yourself: Do Disney movies feature a face-sucking, spider-spewing, tentacled mutant creature and dismemberments and decapitations galore? That's a lot of the appeal of something like this. Though more recent anime has certainly improved technically, this is still a lot of gory fun and both of the fast-paced stories are clever and surprising in spots. The brief bookmarking segments are also pretty amusing. 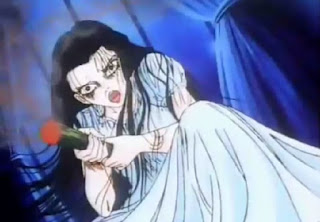 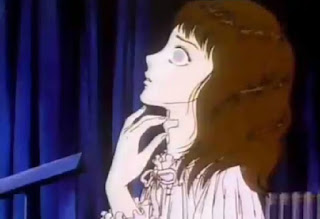 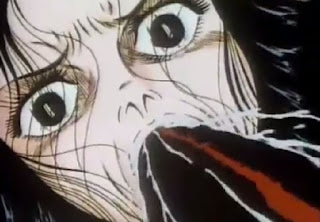 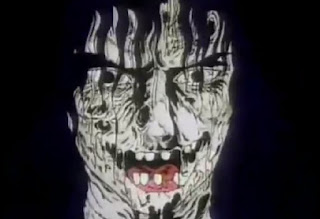 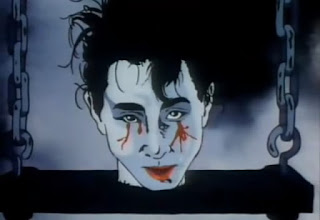 This is based on stories by horror / manga / comic writer Kazuo Umezu. As an inside joke, one of the horror videos the girls in the second story almost watch is titled “The Curse of Kazuo Umezu,” which promises “Ultimate terror!” and to be “A masterpiece of horror!” After I looked this guy up, I realized I'd already seen something based on his writings: the live action SNAKE GIRL AND THE SILVER-HAIRED WITCH (1968), which seems to be the very first adaptation of any of his work. After years of writing, Umezu made his directorial debut (at almost 80 years old!) with the autobiographical Mother (2004). He also is a noted inspiration behind the work of Junji Ito (Tomie, Uzumaki).