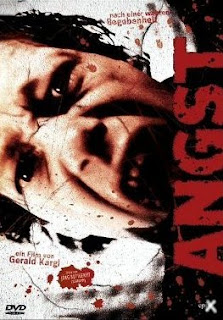 ...aka: Fear
...aka: Schizophrenia
Directed by:
Gerald Kargl
There are some things in life I'll probably never understand. Why does anyone watch Big Brother, a TV "reality show" where people basically sit around doing absolutely nothing, and why is it going into its 11th season? Who would pay ten dollars to watch a spoof movie in a theater? Why would anyone feel compelled to defend the "legacy" of George W. Bush? And why the hell hasn't ANGST been released to video or DVD in America? Over the years several different companies have announced they were finally going to do it. Barrel Entertainment said they were... about three years ago. And that never happened. Maybe it'll never be released. I was able to find an excellent copy online, which I believe was sourced from the 2005 German DVD release (from Epix Media) and thankfully came with custom English subs made by a fan of the film that seem to be accurate. Though I do on occasion watch films in their original language when there's no other alternative, this is one film where dialogue is crucial. I'll be doing a more in-depth review of this one once I get a chance. Definitely a must see if you can find it. It'll be debuting as #2 on my Top 10 list for 1983.
★★★1/2
Posted by The Bloody Pit of Horror at 6:30 PM 2 comments: 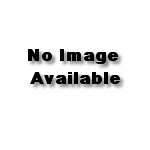 Van Bebber had started production on what was to be a feature-length horror/gore film about a killer tow truck driver/junkyard owner (Bruce Paisley) and the production fell through at some point after they’d already shot enough to assemble a promo reel for it. What remains was then edited into a 3 ½ minute narrated trailer, and that’s what we have here. Based on what’s shown, it’s a shame the full feature never happened. Looks like it could have been fun. The photography (with a slick blue/purple look for the night scenes) and camerawork seem very good and there’s some gore (a body split open with a hook; two guys handcuffed to the steering wheel and people burned alive in their car). It was co-scripted by Chas. Balun and features appearances from musicians Bill Leeb (from Frontline Assembly) and Dwayne Goettel (from Skinny Puppy). It can be found on either Google Video or Youtube. Ohio native Van Bebber also made DEADBEAT AT DAWN (1988), the short MY SWEET SATAN (1994) and the highly-regarded (by some) THE MANSON FAMILY (which began production in 1988 but wasn't completed until 2003).
★★1/2
Posted by The Bloody Pit of Horror at 3:46 PM No comments: