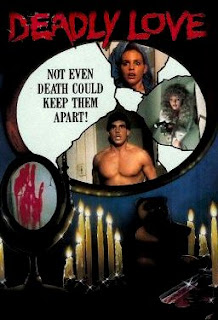 
Here's another relic of the 80s when they'd release, well, pretty much anything that would fill up video store shelves. This one was distributed by Complete Entertainment on VHS (there is no DVD release as of this writing) and is from the director of the equally obscure - and equally lousy - campground slasher flick MOON STALKER (1988). The place: Pine Grove, Nevada. The time: 1965. High schooler Annie Butler (Cassie Brown) is in love with bad boy biker Buddy (Mark Oglesby). Her millionaire father isn't too happy about it, but even his threats to send her off to a boarding school in Switzerland if she continues seeing him aren't enough to keep the star-crossed lovers apart. To make matters worse, Clint (Jim Alves), the creepy caretaker on the Butler farm, is also obsessively in love with Annie to the point where he carves her name on his palm with a pocket knife. On the eve when Annie and Buddy plan to run away together, Clint shoots Buddy dead with a shotgun in front of Annie and her father. The father instructs him to hide the motorcycle, bury the body and forget about it. 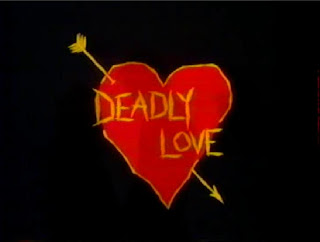 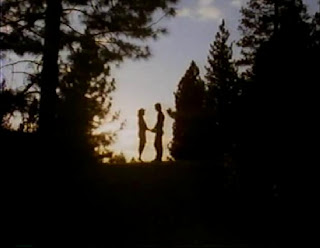 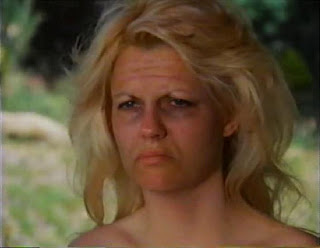 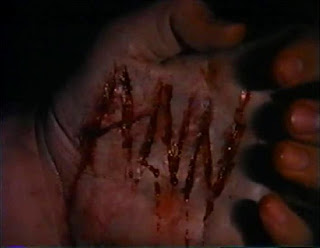 Twenty-some years later, Annie (hilariously aged via a baaaaad make-up job) still lives on the same farm, still listens to the same 45 of her and Buddy's song and still pines for her dead lover. Her father is dead and neighborhood kids who get bored in their small town "fucking shithole" frequently harass her. Using a magic mirror spell from "The Encylopedia of Ancient and Forbidden Knowledge," Annie has been able to keep in contact with Buddy's ghost all of these years, but that isn't enough to give her the will to keep going so she slits her wrists in the bathtub. Annie's niece Hillie (Eileen Hart), the sole heir of the Butler property, comes to take ownership. Instead of selling it, she decides to move in. She becomes acquainted with friendly local delivery boy Skip (Buddy Reynolds), who was a friend and protector of Annie's, has to deal with the same punks who terrorized her aunt and also has ghostly encounters with the undead biker. 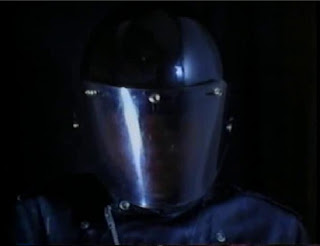 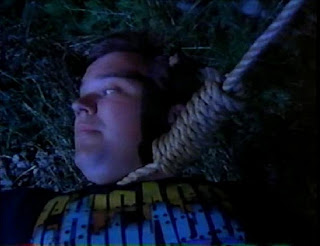 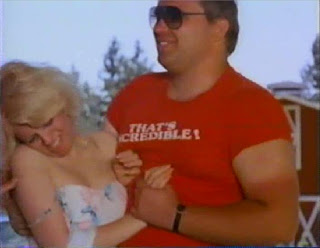 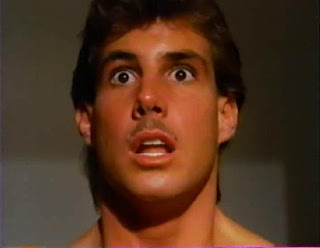 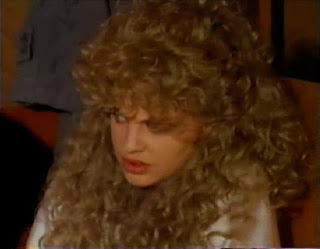 This slow, tedious bore doesn't have enough plot for a feature film so it resorts to constant flashbacks containing footage we've already seen. In fact, some shots are reused five or six times to push this up to feature length (it runs about 80 minutes total). The acting is terrible, the characters are obnoxious, there's not much violence or gore and the film isn't even very exploitative. It's also not even unintentionally funny, aside from supporting actress Brown's post-stroke-like line delivery and the insanely huge curly wig the leading lady is forced to wear. And don't even get me started on the big "surprise twist" at the end or the treacly theme song "Forever" (sung by Becka Ragel) which is repeated about ten times throughout the film. 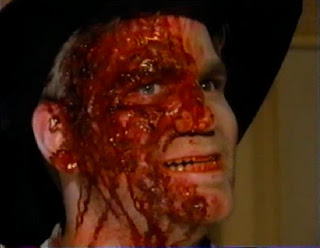 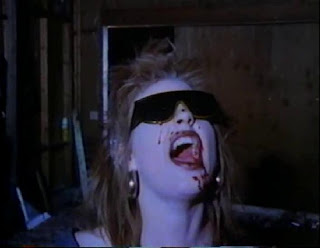 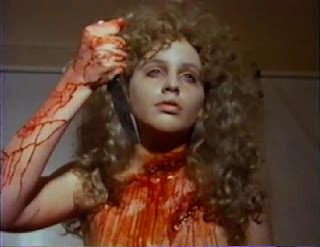 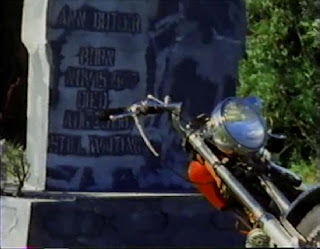 
Here's the hardcore spoofof Agatha Christie's Ten Little Indians you've been waiting up nights for. After receiving a note and half of a thousand dollar bill in the mail, seven strangers are lured to a remote mansion. No host is there to greet them but whoever it is has left a note asking them to spend the night and promises that he or she will reveal their identity in the morning. Until then, what are seven adults in an adult movie supposed to do? If you guessed play charades or watch TV, you would be wrong. First, let's meet our roster of suspects. First up is famous model Priscilla Vogue (Nina Hartley), who has been promised the cover of Glamour magazine if she shows up. Failed actor Trevor Fairbanks (Greg Derek) received half a script with the promise of a film role attached upon arrival. Dr. Rivameter (Keisha) - phD in poetry - received an invitation to a golf tournament. Clothing inspector Inspector #6 (Scott Irish) is told he can become Inspector #1. Prostitute Sugar (Ebony Ayes) and obnoxious hustler / shyster Sylvester "Slick" Rhodes (Randy West) both came just for the money. Joy (Sheena Horne) doesn't seem to have an identity but already had a thirteen minute long pre-opening-credit solo scene - which will try to patience of even the most avid porn watcher - so I guess that's not really important.

The video was released by AVC (Adult Video Corporation) and it's also on DVD on most adult sites. I did find a VHS box scan but it's too graphic to post here on this blog.