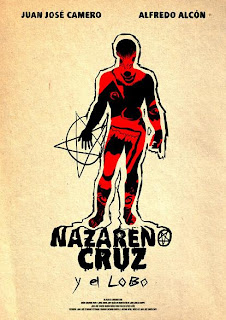 Many films have used the werewolf theme metaphorically, as a way to announce that a boy has become a man. What better way to signal puberty than by having a mild-mannered teenage boy suddenly transform into a hairy, instinctually-driven beast who starts stealthily stalking his female prey? Taking their cue from Universal's The Wolf Man, and sticking to the lycanthrope mythology devised for that film by writer Curt Siodmak for the most part, one of the first notable entries in this arena was the hit I WAS A TEENAGE WEREWOLF (1957), with its high school setting and nice guy Michael Landon transforming into a ferocious beast. During one sequence, as a "beast" Mr. Landon silently watches a tighty-clad gymnast in the high school's gymnasium before deciding to attack; a clear-cut example of pent up sexual desire finally being unleashed upon the unsuspecting female. There were other similar films about young men becoming more aggressive thanks to the curse of the beast. They were usually also dangerous, but not always. Take for instance the terrible Teen Wolf comedies, where Michael J. Fox's character becomes athletic and popular (even with the ladies!) thanks to his transformation. In Neil Jordan's The Company of Wolves, set inside a Red Riding Hood-esque fever dream of a young girl having her very first period, our heroine is continually advised to steer clear of men because of "the beast" they have lurking inside. In the film - "the beast" - naturally takes literal shape when one of Rosaleen's sneaky and mysterious potential suitors ends up transforming into a werewolf. 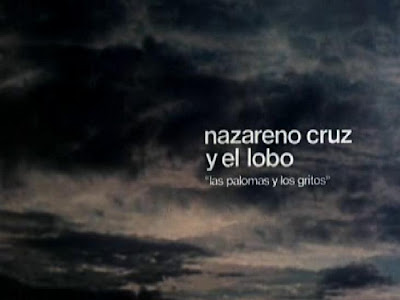 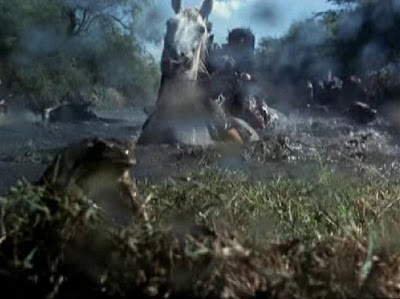 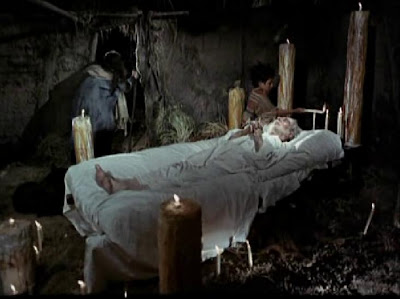 The lead character in Nazareno Cruz y el lobo faces a similar curse-of-the-wolf problem that decides to kick in right when he starts becoming a man. An explanation behind the curse is laid out in the first ten minutes. After her husband Jeremias and six (!) sons die in a freak flooding accident, pregnant Damiana (Elcira Olivera Garcés) is determined to have her child, despite warnings that if she bears a seventh son he'll be "fed by the devil's breast." Knowing the boy is going to have a tough road to hoe, wise, toothless old witch Lechiguana (Nora Cullen) becomes his godmother and insists he be named something extremely holy to help ward off the curse, and thus the boy is named Nazareno Cruz ("The Nazarene Cross"). The baby is baptized and many years pass. With no signs of the curse taking place and because of his good looks and outgoing personality, a now-grown Nazareno (Juan José Camero) has won over the respect, admiration and love of the entire village. That is, until he decides to fall in love Griselda (Marina Magali), a young beauty who stands out amongst the crowd because of her uncommon blonde hair. 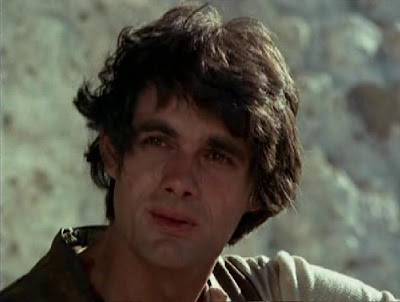 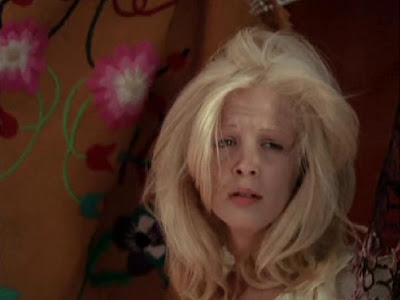 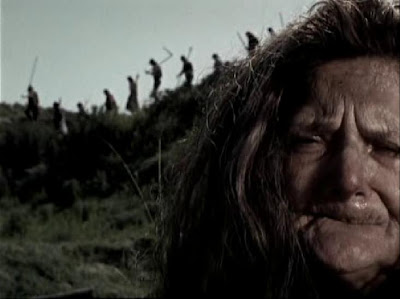 As it turns out, love is what stirs the dormant wolf inside Nazareno. He's warned by his mother and godmother, but can't control himself when he's around Giselda. A mysterious, nameless, sinister-looking man (Alfredo Alcón) who possesses supernatural abilities also shows up to also warn him. The man - who claims to have known Nazareno's father and brothers before they were killed - tells Nazareno he can avoid his tragic fate if he'll simply forget about love. He also promises that in he can avoid Griselda for an entire week that he'll leave gold and jewels at his doorstep each and every day. Still, Nazareno carries on in the relationship and on the first full moon transforms into a wolf (not really a werewolf, just a black dog that looks like a German Shepherd) and kills a farmer, some sheep and some dogs. When word gets around the village, an armed posse is organized to hunt down and kill Nazareno. 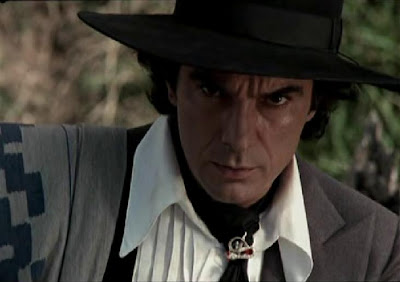 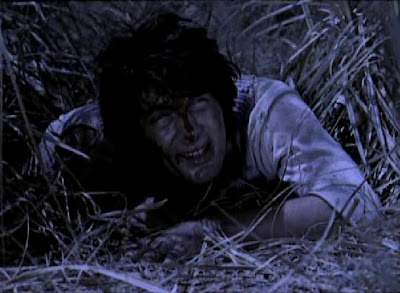 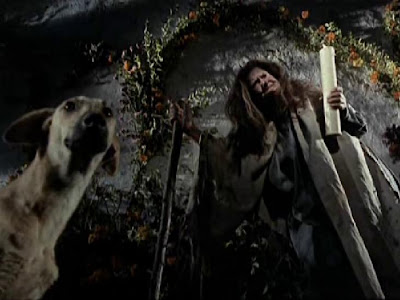 After managing to avoid the mob one night, Nazareno gets scared by chicken with a snake on it, falls into a hole, tumbles down and ends up in some kind of cave, where he encounters a cackling old woman who transforms into a sheep, snake, fox and chicken (!!) She leads him through some water to an underground cavern... which happens to be hell! Hell is a dusty, boring place with burning fires, black-robed cultists sitting about, witches stirring bubbling cauldrons, nooses hanging from windows, people being whipped, nude women acting as tables, crucified men hanging on crosses and the like. The mysterious man who had warned Nazareno turns out to be Satan himself. In an interesting spin on things, the devil isn't really such a bad guy after all. Just misunderstood. His stay in hell brief, Nazareno must then return to Earth to meet his fate. 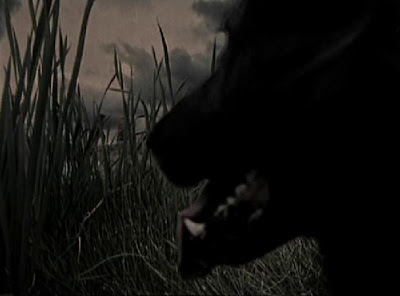 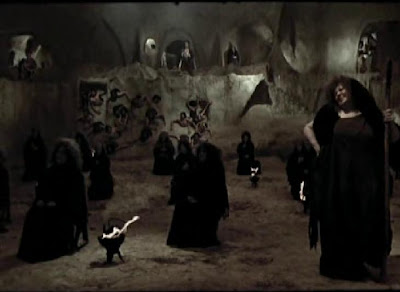 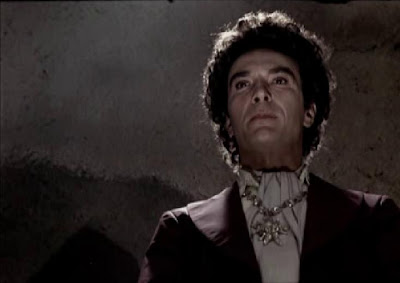 Not really just a 'coming of age' fable dressed in wolf's clothing, this semi-surrealistic tale has other points to make about spirituality, life and love. It's dramatically uneven, a bit unfocused and not all of the director's artistic choices work (some are distracting, indulgent and downright annoying), but everything really looks great thanks to cinematographer Juan José Stagnaro. The film has a beautiful, earthy, washed-out look to it, the shot compositions are frequently excellent and there are some interesting camera placements (including at water level where water sloppily splashes on the lens; distorting the image), camera movements (including rapid 360 degree spins) and editing choices. The art direction is solid, there's a haunting score (by Juan José García Caffi) and good use made of blur and slow-motion. All of the actors are good; Alcón and Cullen in particular. The film has a very organic sense to it and the director really manages to exploit natural beauty for all it's worth, from lingering shots of hazy skies to rocky cliff backdrops and tall weeds blowing in the wind. For some reason, there are almost obsessive shots of animals throughout; birds flying in slow-motion, dogs running through fields, frogs and lizards seen in close-up with the action going on behind them, etc. 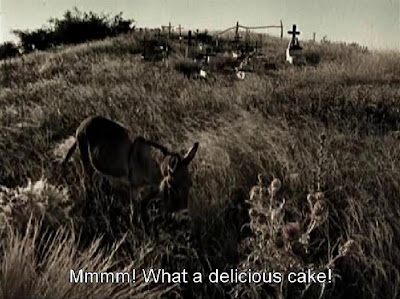 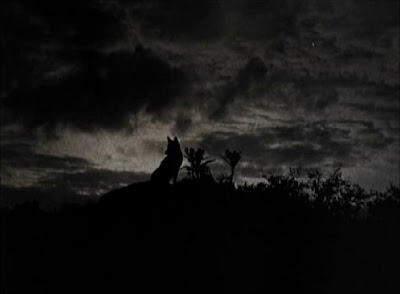 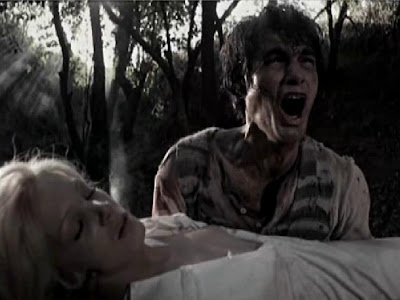 The director is one of the most acclaimed in his country (having won several of their Oscar equivalents) and based this on an Argentinean radio program by Juan Carlos Chiappe. It's one of the most popular and viewed films in its home country, though it's virtually unknown here in America (since it's never been released here). Interestingly, it did receive a VHS release in South Korea of all places, under the title The Love of the Wolf.