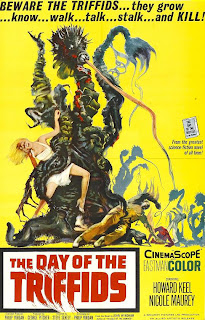 Based on the novel of the same name by John Wyndham, this is an enjoyable apocalyptic tale (if you're not a source material purist) that not only retains its entertainment value after nearly 50 years but is possibly more influential than typically given credit for. Opening narration sets the stage with a brief discussion about venus fly traps and other carniverous plants, including a brand newer species called triffidous celestus, which has miraculously started popping up all over the Earth after a meteor shower. The plants have stayed small and docile for several years, but an unprecedented meteor shower (the biggest in recorded history) is about to hit the Earth, and when it does, the plants will not only grow to a significant size, but also start attacking and killing humans. The plants have the ability to uproot and move about, have poisonous tentacles and can emit a lethal gas. They're also multiplying at an alarming rate. Making matters much more dire for the human race, the red and blue flashes of light from the meteor shower has managed to fry the optic nerves of the majority of the world's population. 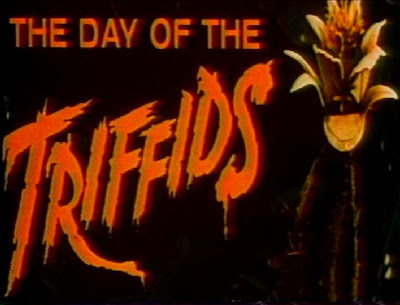 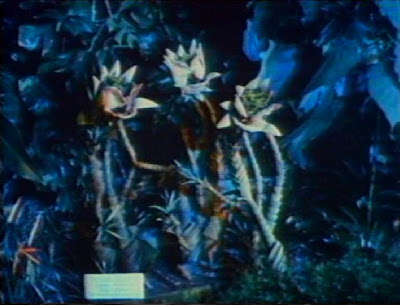 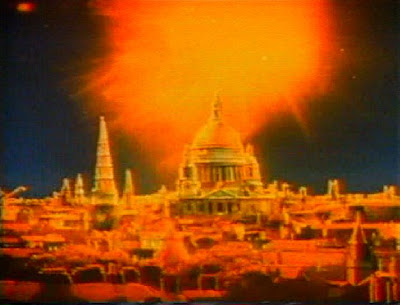 We follow several groups of humans as they fight to survive. The first is Bill Masen (Howard Keel), a militaryman / first mate, who's just had just had an eye operation and was given a sedative, thus missing the previous evening's meteor shower. That turns out to be a good thing. The next morning he finds the hospital abandoned, removes his own bandages and encounters his surgeon Dr. Soames (Ewan Roberts), who promptly committs suicide. Bill then ventures out into a changed world, where blind, panicked people dot the streets. He eventually finds a little orphan girl named Susan (Janina Faye), who ran away from boarding school and spent the night in an enclosed baggage compartment (keeping her from seeing the meteors). The two go to the harbor, witness an airplane crash and then take off on a boat for France. Upon arrival, they meet up with another group of survivors; the compassionate Christine Durrant (Nicole Maurey), Mr. Coker (Mervyn Johns) and his wife (Alison Leggatt), who are caring for dozens of blind people. Unfortunately, triffids lay seige on the home, and only Bill, Nicole and Christine manage to escape. They then decide to head for Spain. 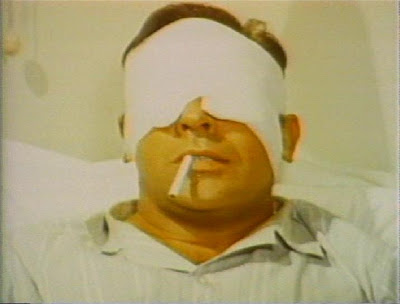 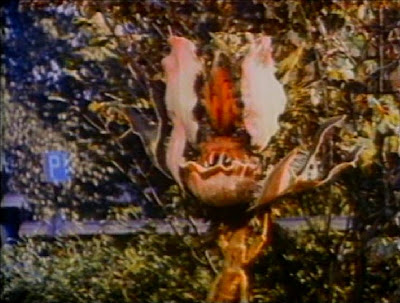 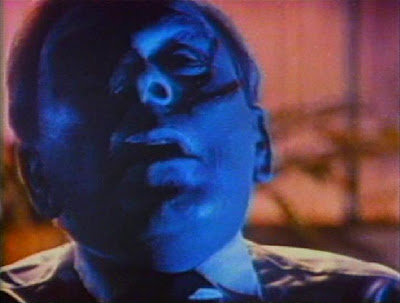 Meanwhile, on a tiny island, bored, frustrated marine biologist Tom Goodwyn (Kieron Moore, from the previous year's DR. BLOOD'S COFFIN) has a drinking problem and his wife Karen (Janette Scott) is at wits end up with him. Because of what's going on on the mainland, the two find themselves stranded at a lighthouse where they've been stationed for six months doing research. Tom has lost his passion for science; something he'll need to rekindle if the two want to make it out of there alive after he and Karen discover their island is being steadily taken over by triffids. All of these lighthouse scenes were directed by Freddie Francis and added to the film later on when the version done by Sekely fell way short of the desired run time. These new scenes also alter the much more grim conclusion found in both the novel and in the original cut of the film, by providing hope in the form of a solution. 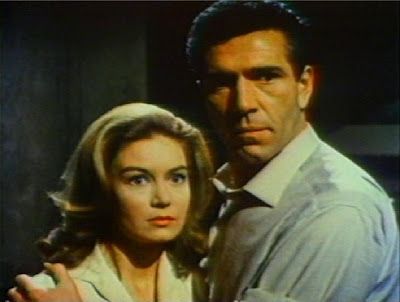 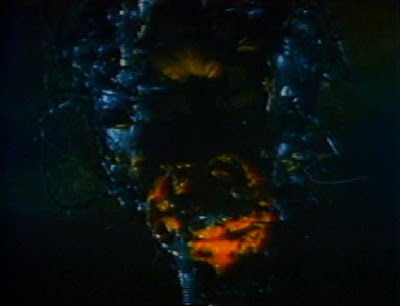 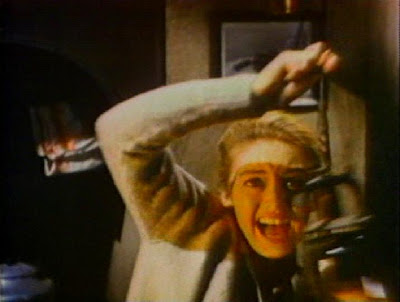 Some might say the triffid designs are hokey, but I personally think they've held up fairly well (especially when directly compared to other films from the time) to be perfectly honestly. Besides, I don't reckon tall plant-monsters would move with a whole lot of grace to begin with. The visual effects, such as cities in the foreground being engulfed in flames and an airplane crash, have dated less successfully. 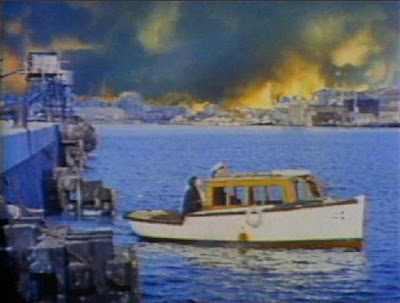 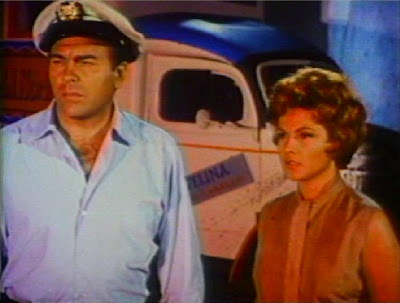 You can definitely see echoes of this story in later films. The film uses the same technique Romero used for NIGHT OF THE LIVING DEAD (1968) in attempting to capture the scope of a worldwide epidemic on a limited budget via radio broardcasts and such. Try not to think of 28 DAYS LATER... (2002), or TV's The Walking Dead, as our protagonist wakes up in an abandoned hospital only to wander out into London to find it wrecked, quiet and nearly empty. The strange clicking sound the monsters make are very similar to the sound made by the ghost girl in THE GRUDGE (2004). SIGNS (2002) seems to have borrowed many elements from this one, including a near identical revelation about how to destroy the alien menace. And the list goes on. 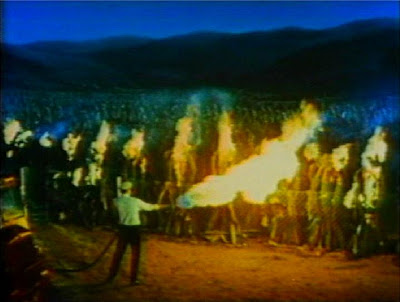 Though executive producer Philip Yordan (who was known back then for "lending" out his name to blacklisted writers) is credited with actually adapting the novel, writer Bernard Gordon claimed to have actually written it and that Yordan "did no writing at all on the script or the adaptation." (By the way, for a fascinating article on Mr. Yordan's career, check out THIS ARTICLE written by Alan K. Rode). Star Keel had not spoken too highly of the film either and stated he was forced to ad lib lines because the script was more of an outline than an actual screenplay. 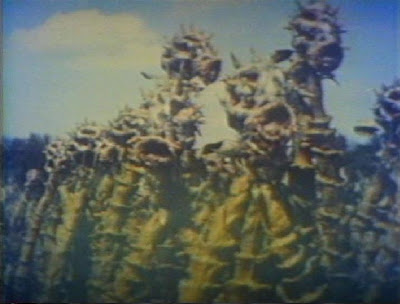 The DVD I viewed was from Allied Artists Classics. Unfortunately, it's a poor print of the movie. It's widescreen, too dark in spots, the triffids are difficult to make out much of the time and there's a line of blur on the bottom throughout the film (because it had obviously been sourced from a VHS copy). The DVD release through Cheezy Flicks is apparently widescreen but also of poor quality. 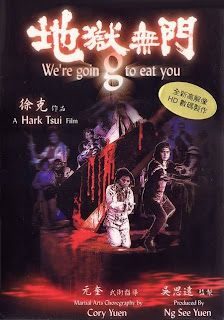