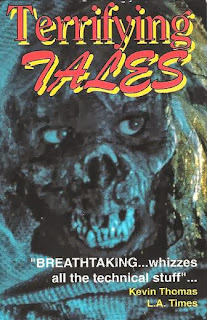 It was a common practice in the 80s to combine unrelated short subjects filmed independently of one another to create feature-length horror anthologies for release onto video. Some added new framing scenes, while others just simply strung the shorts together and left it at that. The most widely seen of these were probably the two Stephen King's Night Shift Collection tapes, but there was also CREEPTALES (1989), CINEMAGIC: FRIGHT SHOW (1986), Tales from the Third Dimension (1985), Tales of the Unknown (1990) and others. Some even recycled the same shorts. The misleadingly-titled Terrifying Tales contains three independently-produced shorts running about 20 minutes apiece. Only one of the three; Paul Bunnell's "Final Destination: Unknown" (copyrighted 1989), is actually horror. The other two; Armand Garabidian's "Ten Seconds to Countdown" (copyrighted 1986) and Ephraim Schwartz's "Creatures of Habit" (also 1986), are, respectively, science fiction and drama with only slight mystery components. The three used here are connected only in that they were shorts made by UCLA graduate students. Sadly, none of them is very good. The opening title screens and closing credits have been left intact for each. 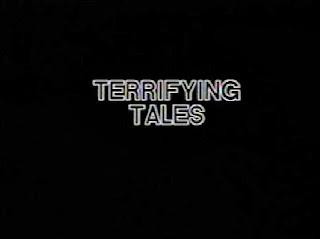 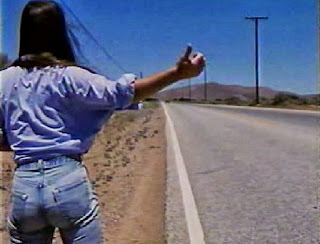 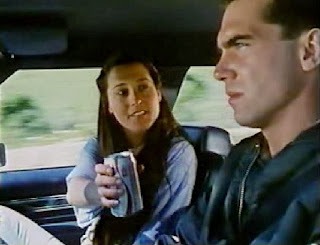 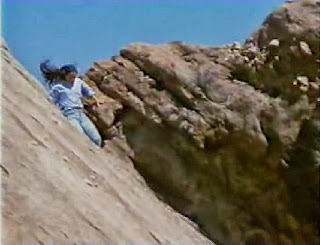 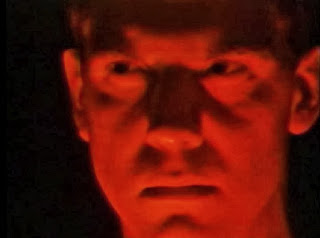 In "Ten Seconds," set in the near future (2025), a young woman (Christine Warner) flees her home and ends up in the desert. A white van with a giant bug on top seems to be following her around so she ducks into a bar where a man is playing pool and asks him for a lift. The guy, who has an emotionless scowl on his face and refuses to talk, grabs his NASA jacket and they're off. The girl claims the guy following her is her father and the van shows up again to try to run them off the road. After the man shoots the van's driver mid-chase, the girl becomes leery of him and his strange behavior. She burns him with a lighter, the two get into a struggle and end up in a chase through the desert. Things end aboard a spaceship. The director, who'd go on to make episodes of the Mighty Morphin Power Rangers series, also wrote, produced and did the miniature sets and animation. V.V. Dachin Hsu (who'd later direct the decent vampire film Pale Blood) also contributed to the special effects. There's some showoff camerawork, like the camera on a pool table following the balls around. Rating: ★★ 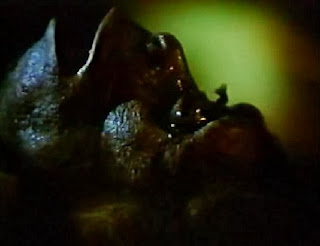 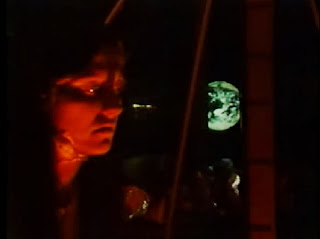 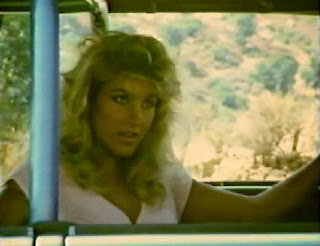 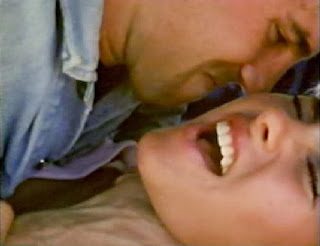 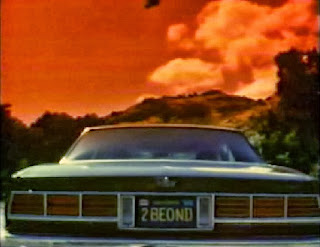 Next up is Paul Bunnell's "Final Destination: Unknown," which also has scenes filmed along a desert highway. Psycho hitchhiker Sonny Blake (Andrew Magarian), who's garnered the nickname "The Roadside Strangler" for his crimes, strangles another young woman to death after she gives him a lift and leaves her body in her car on the side of the road. After leaving the scene, an older man shows up and offers Sonny a ride. The man - Mr. Godfrey (Jeffrey Culver aka James R. Sweeney) - takes him back to his home for lunch, where he meets the man's daughter Angela (Lisa Fuller), who looks exactly like the girl he's just murdered. Of course, Mr. Godfrey and Angela aren't who they claim to be. This is even weaker that the first story, with uneven editing, sound recording and photography, and is all rather predictable. Bunnell (who also shot, co-wrote and edited) appears to have ditched directing to concentrate on acting. All three of the main actors went on to act in other films. Rating: ★1/2 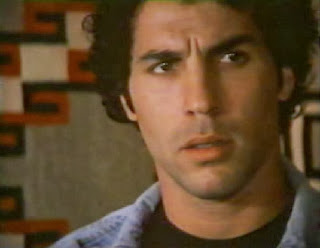 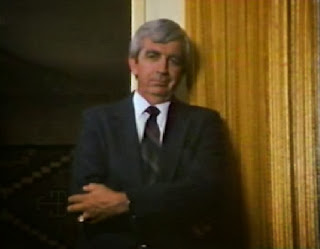 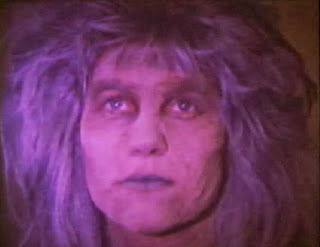 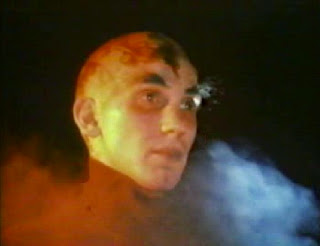 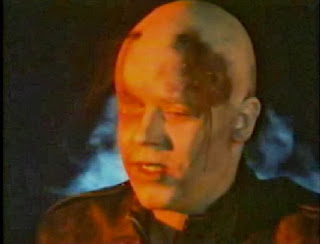 They're supposed to save the best for last, but can Ephraim Schwartz's "Creatures of Habit" save the day? Short answer: No. This is even more confusing than the first story. Coroner Dr. Malcolm Rutledge (George Dickerson) shows up at a crime scene where someone has been stabbed. There's no body and the only witness to the crime is hooker Jennie (Linda Nichols) who doesn't seem to want to talk about anything. Feeling sympathy toward her, Malcolm spends the night at her apartment and a weird, one-armed guy named Charlie (Craig Dalton) wanders in later that night. Charlie has bouts of anger, may be retarded, may be faking being retarded just to get out of the army, may have killed someone and keeps talking about potatoes. Malcolm abandons his wife Johanna (Suzanne Hartman) and starts staying with Linda, telling her "I need to know everything about you... what kind of tampons you use... everything." This boring, extremely confusing and darkly lit drama is hardly "terrifying" and doesn't belong in this collection at all. Boasting a 1986 copyright date, it appears to have actually been filmed in the late 70s or very early 80s. Lead Dickerson went on to appear in Psycho 2 (1983), David Lynch's Blue Velvet (1986) and others. Rating: ★ 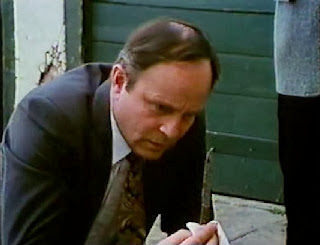 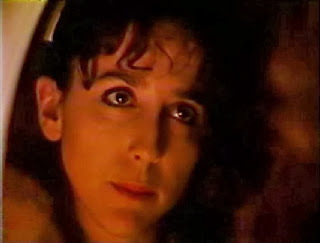 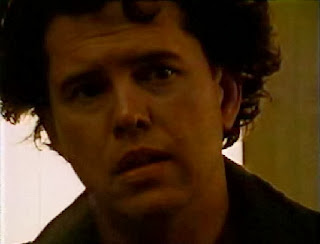 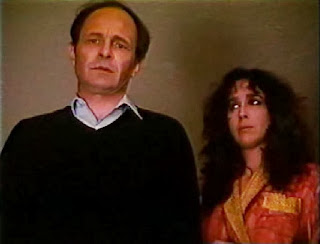 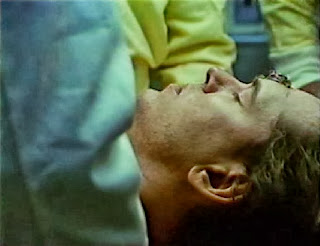 Platinum Productions and MNTEX Entertainment both released this on VHS in the states and both companies put it in a box with a skeleton on it.