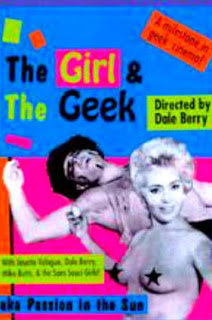 
Contained as an extra on their GODMONSTER OF INDIAN FLATS (1973) DVD, this definitely has the stamp of Something Weird all over it. And I don't mean because their logo is actually stamped on the film throughout its entirety, I mean because it's both bizarre and awful. At the Royal Amusement Park in Las Vegas, a ridiculous-looking circus geek (some skinny guy in a shaggy black wig and dirty / torn wife beater with little patches of hair randomly glued all over his face) escapes from his cage (not too difficult when the damn thing isn't even locked!) and runs off. The narrator tells us, "... he was caged and tortured, forced to perform degrading stunts for a sick-minded, thrill seeking audience [that's us!]. A poor, twisted mind running wild in a body that has flipped from the lowest rung of the ladder." Complaint calls about strange screaming sounds have been rolling in, so coppers Sgt. Mike Green (director / writer / producer Berry) and his partner Officer Claude Hill (Bill Rhodes) head to the park to check things out. Finding nothing, they get another call to go to the airport to apprehend Raoul (Dick Eason), a criminal who should be arriving there at any time. 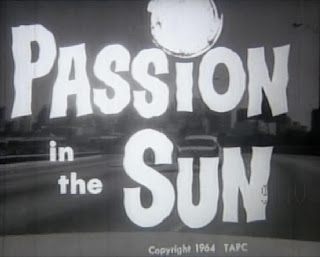 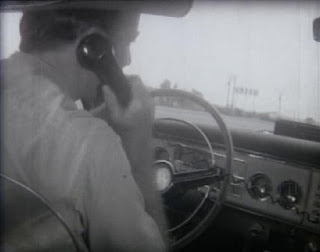 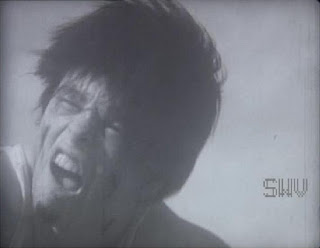 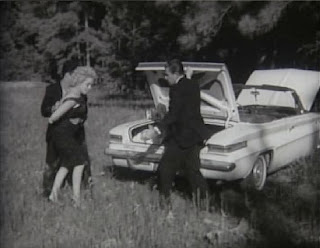 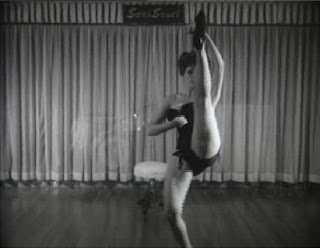 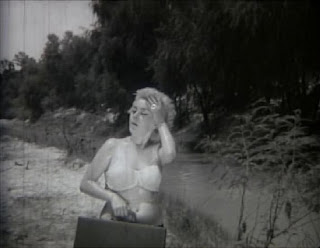 Our heroes are a little late night getting to the airport, as Raoul's contact Earnesto (Gregg Pappas, star of the director's hilariously awful HOT BLOODED WOMAN) has already arrived to pick him up. For some extra leverage, the thugs kidnap Josette (Josette Valague), a headlining stripper who's just flown in to do a gig at the Wailers Convention. Driving down the highway in a convertible, the duo do little to draw attention to themselves... unless you count slapping the poor stripper around and punching her in the gut over and over again for any passing motorist to see! After driving around for what seems like an hour, the criminals finally pull off the highway onto a dirt road and knock Josette out with a punch right in her face. The two men get into a struggle over the briefcase, Earnesto is shot dead and then Raoul drags Josette through the desert. She manages to get the upper hand and the briefcase and runs off. What follows is our thick n' juicy heroine streaking through the woods in a white bra and black panties followed by both the criminal and the cops. 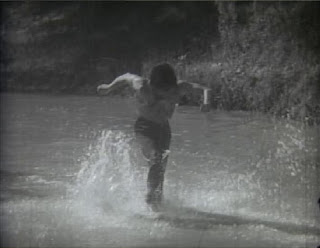 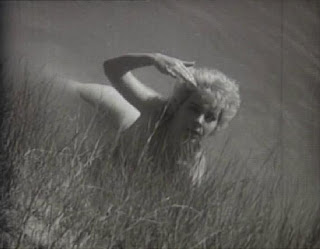 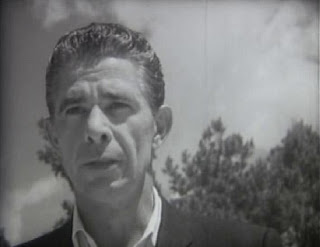 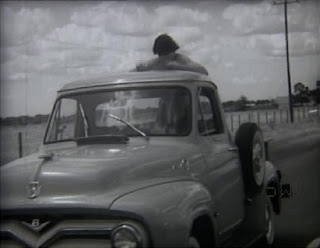 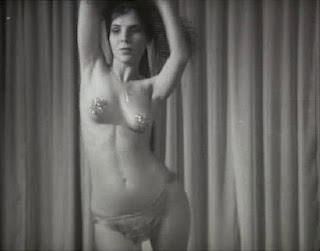 Josette takes a few minutes off from the chase to bathe herself in a lake, sunbathe topless and even takes off her bra, goes to sleep (!) and has a dream of doing a strip routine with a silver sombrero. When she wakes up, she takes off her panties and washes them in a stream (!?) At the 50 minute mark, the crazed geek (Mike Butts) finally shows up. He drowns a guy and then chases Josette (who has managed to lose all of her clothes by this point) around. Josette finally finds a truck (which conveniently has a shirt and pair of cut off jean shorts inside!) and takes off, but the geek has hidden in the back. It screams, drools and licks the windshield. Our heroine and the geek end up back at the amusement park where it strangles the owner and traps the stripper on the Wild Mouse ride. 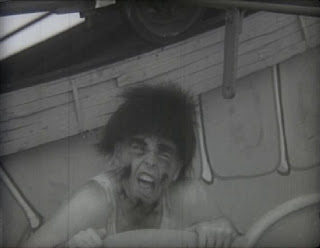 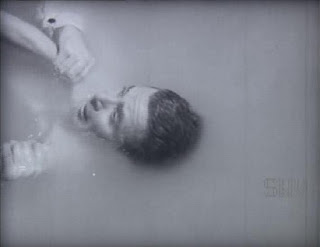 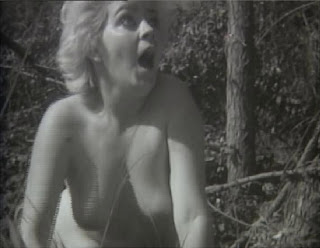 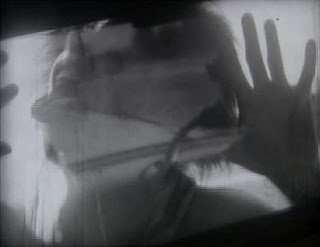 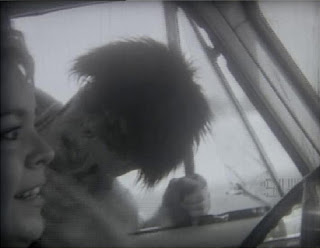 In between all of the "action," the film cuts to the Sans Suici strip club (where Josette was supposed to go) so we can see various strippers go through their routines. A few of these girls are fun to watch and at least two of them really know their stuff. Unfortunately, they're the only good part of this movie. Because full frontal was illegal back then, there are numerous hilarious scenes of the ladies holding up purses, towels, bras and other things at crotch-level, and in one case, even walking backwards, to conceal bush. The rest is a long drawn-out chase scene usually shot at long distance that never seems to end. This has some of the worst photography you will ever see and there's canned light jazz music that goes on and on. It's frequently awful enough to be really funny, so it earns its SBIG merit badge. 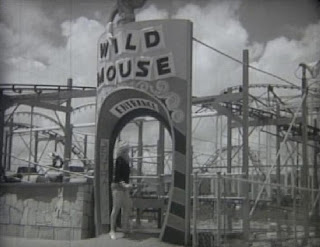 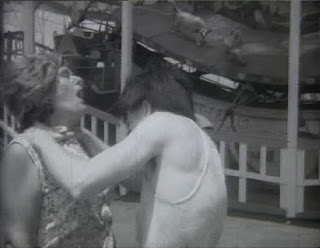 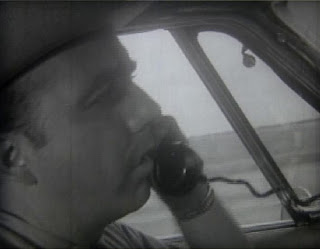 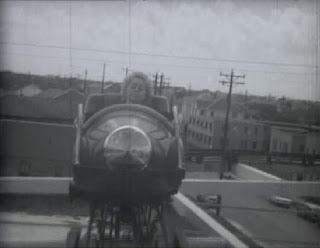 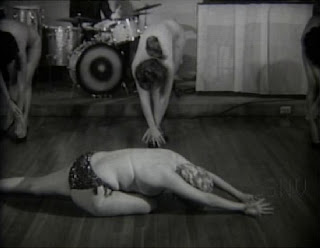 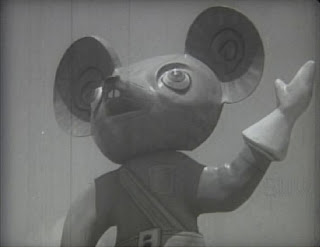 The credits say it was filmed "South of the Border" but it was actually filmed in Texas (you can clearly spot a sign for Galveston early on). The director also made HIP HOT AND 21 (1967) and HOT CHILLS WARM THRILLS (also 1967).

SBIG
Posted by The Bloody Pit of Horror at 10:22 PM No comments: