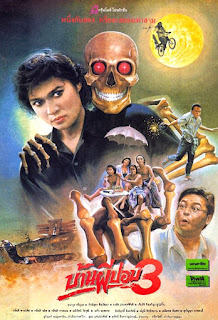 
Most of the same actors from THE HOUSE OF POP (1989) and THE HOUSE OF POP 2 (1990) are back yet again playing the same characters. Whoever played the village leader's daughter isn't because the character was killed off but the more notable omissions this time out are Ekapan Banleurit as the doctor and Trirak Rakkarndee as the sweet village girl / love interest. Seeing how they were pretty much downgraded to side characters in Part 2 and given little to do, I suppose that's just as well. Two other actors have been substituted into equivalent roles to take their place. Everyone else is here though, for better or worse, including the village leader, his assistant, the toothless old man and the (ugh) three ponytailed bumbling idiots from both of the earlier ones, plus a few of the new characters added in #2, including the woman the assistant has the hots for, her brother and both the main older ghost lady and her younger alter ego. Things also open exactly as the first two entries do: With a murder and the discovery of the gutless corpse by villagers. 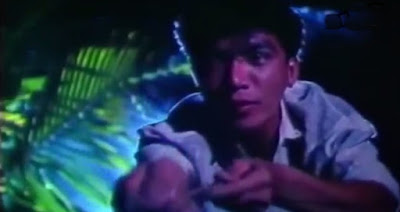 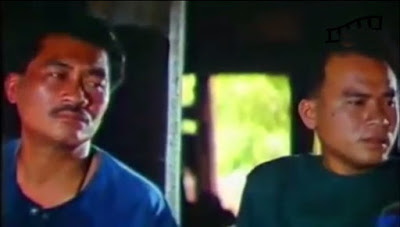 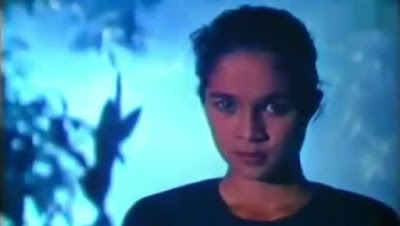 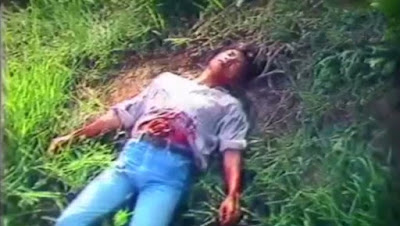 In the previous film, pop ghost Ya Yip (Natanee Sitthisaman) was sunk in a bog by a witch doctor but now she's gotten out and is back to running around feasting on innards. After killing her first victim, she kills a camper while another man, who turns out to be a corrupt village sorcerer, lends her a hand by killing some other crazed man who eats raw meat. As more bodies turn up, the village leader and others try to map out a plan of how to handle things. The old man puts the three idiots through a training session that involves weights and running, presumably to get them in shape for a battle against the ghost, even though that never really happens. 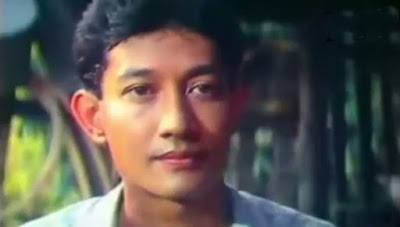 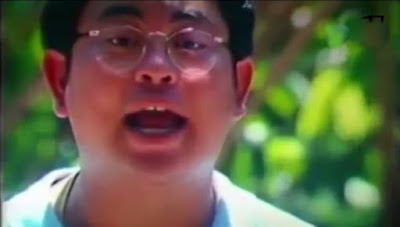 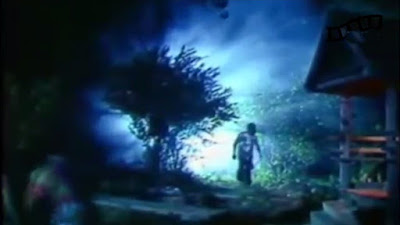 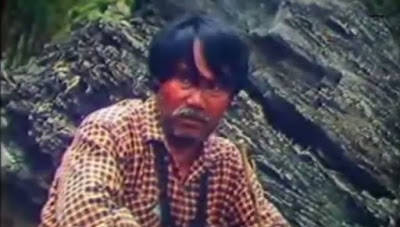 A couple of city doctors and their female friend arrive to open up a clinic so they can examine the locals, who don't generally receive any traditional medical care. As they're driving around, they stumble upon Ya Yip crawling around in a field clutching her stomach in pain. They load her up in their jeep and take her back into the village where she chases around the villagers when the doctors aren't looking but is back to feigning pain when they are. Sometimes, the villagers try to catch her using various methods, including giant mouse traps loaded with guts, but most of the time they just run amok screaming their heads off. 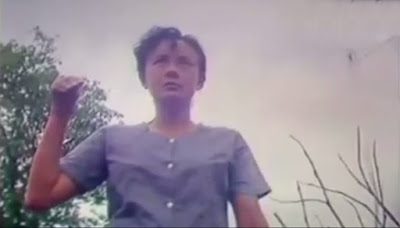 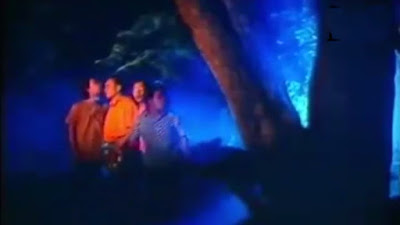 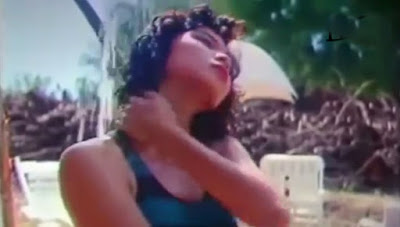 This turned out to be such a chaotic, irritating, horribly-edited, mile-a-minute mess that I was forced to go back and boost the ratings of the first two simply because they aren't nearly as bad by comparison. You can even tell from the half-assed opening sequence that they rushed this one. This is less atmospheric than the previous entries, doubles down on the absolute worst qualities of the first two minus any kind of reprieve, doesn't have gore like the second entry and doesn't even any laser effects like the first. What this does have in excess is a bunch of groan-worthy gags, most of which we already saw in the first two films, like the ladder trick and the bit with the overturned baskets. People run into doors, run into the sides of buildings, fall out of trees and open windows, fall into holes and the river, run circles around homes, etc. frantically trying to escape the phi pop chasing after them with her arms outstretched. That's essentially the entire movie. It's like the worst fuckin' Looney Tunes episode ever. 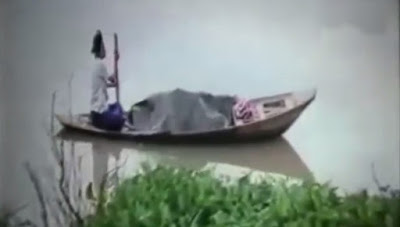 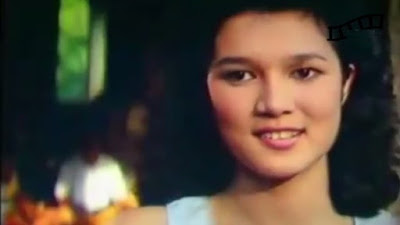 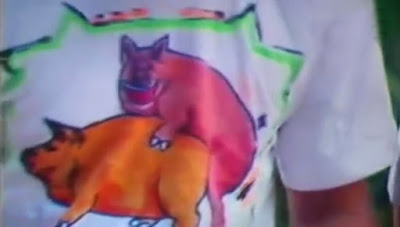 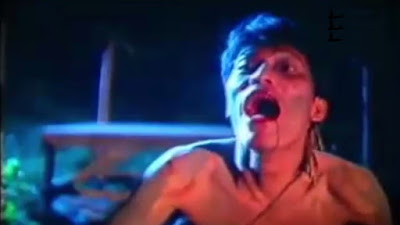 The plot is shapeless and aimless, the score is mostly stolen music from Halloween, the sound effects (like the running ghost suddenly stopping accompanied by the sound of a car brakes) are grating and the lack of continuity is diabolical. Making this even harder to sit through is the absence of any kind of focal point. There are a zillion characters crammed in here and you don't even know who's who, what they're doing or how they even got to wherever they are half the time. A subplot involving the sorcerer, who "cures" villagers by whipping them with a stick and is despised by his wife and daughter (whom he beats), not only feels out of place but goes nowhere. Attempted commentary about modern society encroaching on the village whether they like it or not is pretty much nullified in this context. 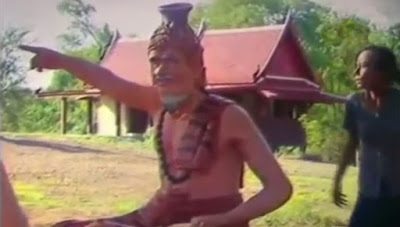 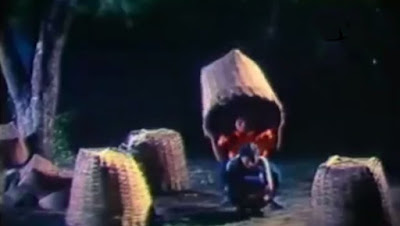 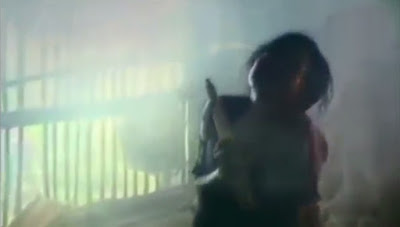 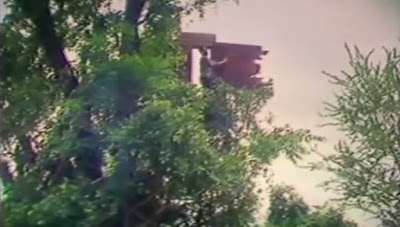 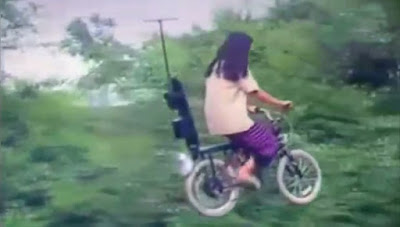 Just a few minor positives here to even talk about. First off, the actor playing the village leader (who kind of reminds me of Ching-Ying Lam) has been one of the bright spots throughout this series, so hat's off to him. And there's an amusing bit poking fun at the sarong bathing scenes in the first two movies. And, finally, some people may like the bicycle with built-in flotation devices and a propeller so it can float on the water or fly in the air. That's really about it.


The rest of this series falls out of our time frame here so I likely won't be watching them. And I'm not horribly upset about that to be perfectly honest. The House of Pop 4 (1991) features Ya Yip and the sorcerer in cahoots, which is implied at the end of this one. The House of Pop 5 isn't considered part of the official series because it was made by another company hoping to cash in with their own knock-off series. To avoid confusion, they jumped ahead to The House of Pop 6, which was also released in 1991. Following that were a boat load more. Actress Sitthisaman was still playing Ya Yip as recently as 2011 in the film Phi Pop Reformation.