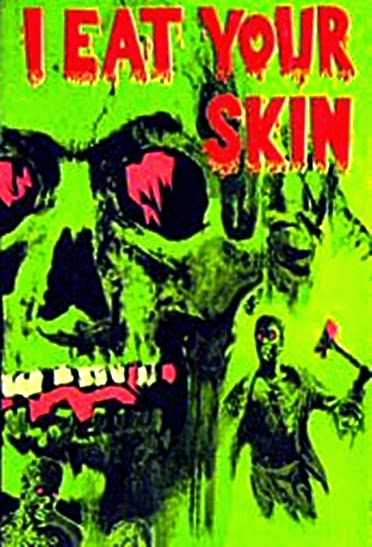 
Mad doctor on a Caribbean island (really Key Biscayne, Florida) is busy at work attempting to concoct a cure for cancer but instead creates (uh-oh!) black, cannibalistic zombies who look like dirt-faced Dennis Rodman's with ping-pong ball eyes. They terrorize the natives, a newly arrived novelist and his bubbly girlfriend. Jerry Gross saved this incredibly boring and nearly unwatchable black and white cheapie, which was originally called Zombies and filmed in 1961, from eternal dust collecting in 1970 when he re-titled it and then teamed it with I Drink Your Blood for a memorable drive-in double bill. I need to do a more detailed review sometime, but I just can't muster up the desire to sit through this one a second time right this minute. The director is best known for THE HORROR OF PARTY BEACH (1964), which is also horrid, but in a very good way, unlike this one.