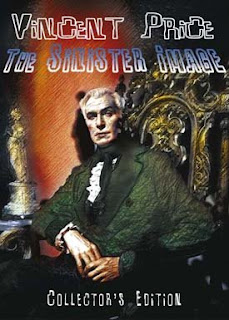 Directed by:
Stanley Sheff
Vincent Price sits down with journalist and film historian David Del Valle for an hour-long discussion on his life, career, co-stars, employers and "sinister image" as a star of fantasy, sci-fi and horror flicks. Don't expect to see any flashy editing tricks incorporating a bunch of pictures, movie trailers or film clips. This is simply two men sitting down on a simple stage set discussing the actor's long and distinguished stage and screen career. Thankfully, Price had such an interesting career, worked with so many of Hollywood's top talents and possessed such a great sense of humor (as well as a vivid memory), that it's a delight to simply sit back and listen to reminisce for 60-minutes. For fans of the actor, this is a must see. General film buffs will also find this pretty fascinating, as it has lots of behind-the-scenes anecdotes, trivia and memories about a whole range of directors, actors and other famous people who worked in and out of Hollywood. Beginning with a brief discussion about Price's latest role in the drama THE WHALES OF AUGUST (1987), where he was cast against type as a gentle Russian aristocrat, it doesn't take long to delve into the horror films that he's best known for. Price says he was offered the role of The King in TOWER OF LONDO N (1939), but passed for the smaller part of the Duke of Clarence because of his desire to play character parts. He also discusses his co-stars in that film - Boris Karloff and Basil Rathbone. THE INVISIBLE MAN RETURNS (1940; directed by German Joe May, who didn't know English!), THE HOUSE OF THE SEVEN GABLES (1940), LAURA (1944), DRAGONWYCK (1946; one of his first bad guy roles) and GREEN HELL (1940; which he calls one of the 10 worst movies ever made!) are briefly discussed.

During the 1950s, the 3-D hit HOUSE OF WAX (1953) kick-started Price's role in the horror genre, led to a similar lead in THE MAD MAGICIAN (1954; where has was badly injured when an actor mistook a real table for a prop table and bashed it over his head!) which then led to more of the same - THE FLY (1958), its sequel, THE BAT (1959; which Price seemed disappointed with) and an association with William Castle (HOUSE ON HAUNTED HILL, THE TINGLER), who Price complements on his showmanship.

Moving on to the 1960s, Price talks in detail about how Roger Corman surrounded himself with only the best technical people despite being saddled with low budgets and claims his personal favorite of the Poe pictures is THE TOMB OF LIEGIA (1964). He also worked with Jacques Tourneur, who he claims was a marvelous director, but WAR-GODS OF THE DEEP (1965) was "a disaster" and talks about how he, Karloff and Peter Lorre charmed the pants off a journalist who initially came to the set of THE COMEDY OF TERRORS (1964) to write a condescending piece on them but changed his tune. Others discussed are WITCHFINDER GENERAL (1968; Price loved the film but has mixed feeling on its director), THE OBLONG BOX (1969), SCREAM AND SCREAM AGAIN (1969; said to be one of Fritz Lang's favorite movies!), the DR. PHIBES films (1971-72), THEATRE OF BLOOD (1973; which Price considers his "best" horror film and where he met future wife Coral Browne) and others, including some then recent projects such as a cameo in DEAD HEAT (1988) and some work on the PBS series Mystery and for Disney. Price also appeared in many stage productions, sang on Broadway, did commercial voice-over work, was a big art connoisseur/supporter, appeared in thousands of radio plays and hundreds of television shows, wrote cookbooks and, in the twilight of his career, says it's important to give back and do helpful things for children. What a great guy. They don't make them like this anymore, do they?

It's probably best not to reveal too much of the trivia and behind-the-scenes memories of Price in this review and let you discover them for yourself, but I have to say that I learned a lot of new things about a large amount of films, filmmakers and various actors by watching this, and of course, learned a lot about Price, too.
★★★
Posted by The Bloody Pit of Horror at 7:35 PM