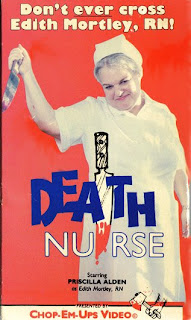 You've seen her as an obese murderess who goes nutzoid when people threaten to take her precious food away in the campy, Z-grade minor cult effort CRIMINALLY INSANE (1973) as well as its belated camcorder follow-up CRAZY FAT ETHEL 2 (1987), and now you can see "Queen of Camp" Priscilla Alden at it again playing an almost identical role. The three films are so similar, they should have just called this one Criminally Insane 3... or better yet, Crazy Fat Edith. Like Crazy Fat 2, the film is shot with a consumer-grade camcorder, runs barely an hour, has some of the absolute worst amateur acting you'll ever see, is full of lame attempts at tasteless comedy (including plenty of groaner one-liners) and opens with an inserted title card and then just recycles the opening credits from the very first film, nevermind the fact they're mostly erroneous. Like its predecesor, it also pads out much of the time by reusing clips from numerous other Millard films (passing them off as Edith's nightmares); including the aforementioned Criminally Insane and SATAN'S BLACK WEDDING (1974). It truly doesn't get much worse than this, folks. 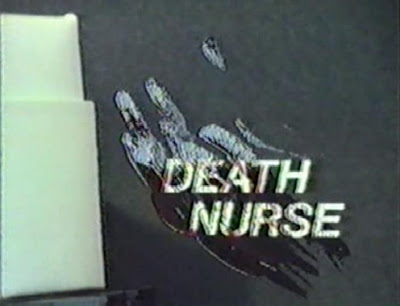 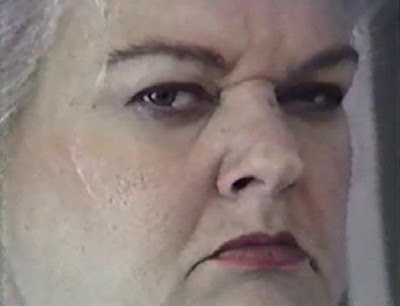 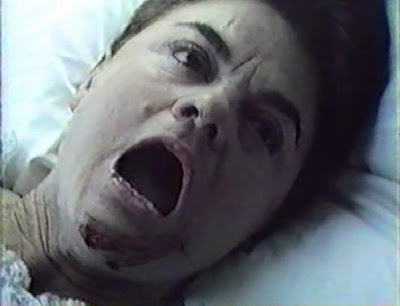 Alden portrays a portly, hard-drinking and amazingly grumpy nurse named Edith Mortley who, along with her equally disturbed doctor brother Gordon (Albert Eskinazi), run the Shady Palms Clinic out of their home. They take in patients with different medical problems, murder them, bury them in their backyard and then fraudulently bill Medicare for their services. After killing a guy on the operating table, tuberculosis patient John Davis (played by director "Nick Phillips" aka Nick Millard) is admitted and Edith immediately murders him by putting a pillow over his head and then laying on top of it. When elderly social worked Faith Chandler (whom may be Frances Millard, the producer and director's mother) shows up to check up on him, they dig up his body, clean it off with a water hose, put him back in his bed and then fake that he's alive by waving his hand. 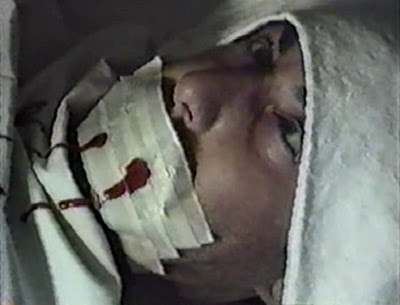 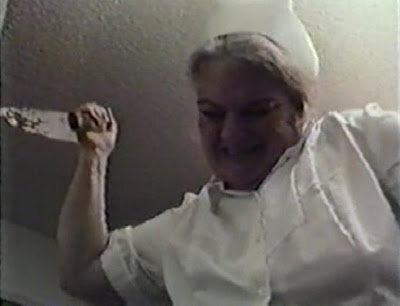 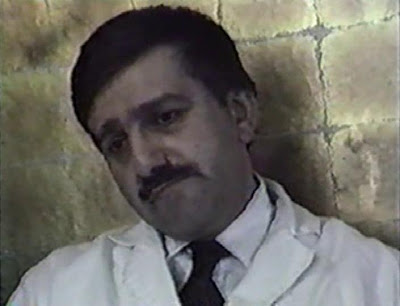 There are several other patients at the facility, including Louise Kagel (Irmgard Millard, who I assume is the director's wife), an alcoholic who's secretly sleeping with Gordon and has a bad habit of getting into Edith's sherry, which really pisses her off. Another guy shows up with a heart-condition. They saw him open and plot to transplant a dog's heart (!) into him, but a cat runs off with the heart instead. When a health inspector threatens to shut them down because of Edith's flesh-eating pet rats in the basement, she stabs him to death. The social worker checks herself into the facility and Edith gives her human flesh for dinner before killing her. As the film ends, we're left hanging as Lt. Carl Bedowski shows up there looking for his missing nephew Charlie (the dead heart patient). But have no fear, the Crazy Fat saga continues on with DEATH NURSE 2. 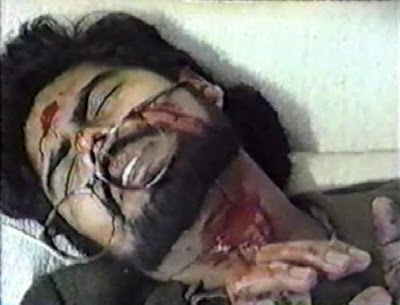 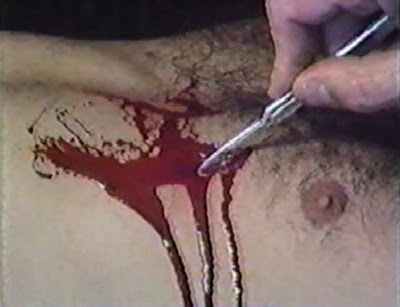 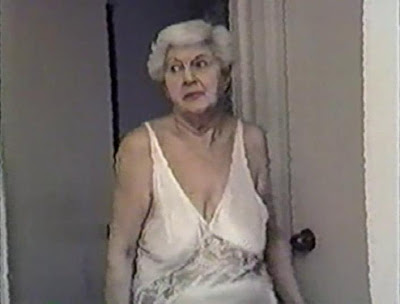 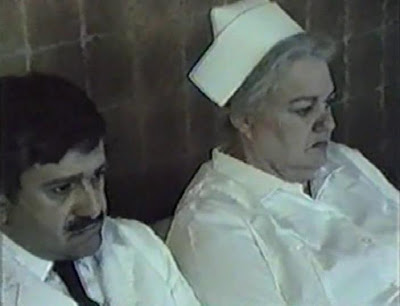 Amazingly, this glorified home movie has been issued on VHS no less than four different times, by Chop-Em-Ups Video, Incredibly Strange Filmworks, Video City Productions and Video Treasures. It has yet to pop up on DVD, though that's really something of a blessing.

Since I wrote this review years ago I think ALL of his 80s SOV horrors have been released on DVD to torture another generation of horror fans.