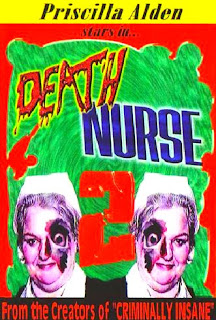 Picking up right where DEATH NURSE (1987) left off, a detective discovers the corpse of elderly social worker Faith Chandler (Frances Millard, methinks) in the garage of the Shady Palms Clinic. As he attempts to enter the home, he's immediately greeted by hefty nurse Edith Mortley's (Priscilla Alden) butcher knife. Despite recent attention from police officers investigating multiple disappearances and health inspectors wanting to shut them down because of a rat infestation and strange odors emanating from the basement, Edith and her murderous doctor brother Gordon (Albert Eskinazi) decide to keep their usual routine going. And by usual routine, I mean killing their patients for the insurance money and then feeding them to the rats. Or as Edith puts it, "It's good business Gordon. The patients eat the rats and the rats eat the patients." Yes, the deadly duo also save money on food by feeding their patients either rats or human remain "stew." Meanwhile, a cop decides to start utilizing the Shady Palms facility to get some scum off of the streets. 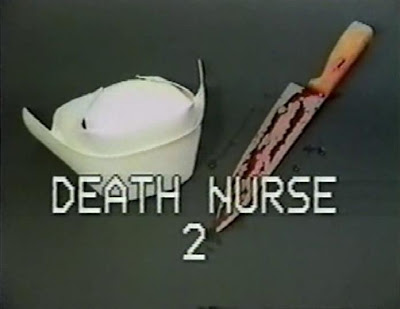 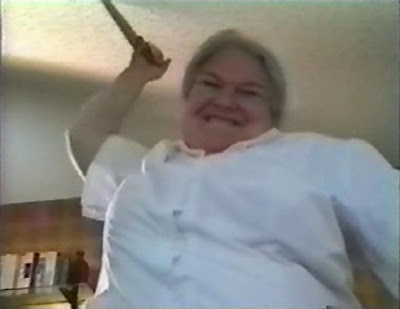 First up is knife-wielding, dumpster-diving indigent "alky" Brownie (Irmgard Millard). She doesn't last too long after she pulls a knife on Edith for threatening to take away her beloved brown bag o' hooch. Edith stabs her a bunch of times and sticks her in the basement, but Brownie isn't quite dead yet. She sneaks back upstairs, stabs Gordon and then is finally taken out with about a dozen blows to the back with a meat cleaver. Edith puts Gordon on bed rest, and goes about her business while he sits in bed acting depressed for the rest of the film. Their next patient is a mentally-ill, "self-stylized philosopher" named Mischa Brudinsky (played by the same actor who played the "Polish poet" in the same team's DOCTOR BLOODBATH). Mischa constantly screams out his long, ultra-conservative and incomprehensible political rants, thinks the income tax should be abolished and lives in fear that this country will turn into a socialist nation. What the hell? Is this suddenly turning into some kind of political statement? Who knows, but I must admit that I laughed when Edith pulled out her freshly-sharpened cleaver and started chopping him up after he yelled "Capitalism is good!" at her. 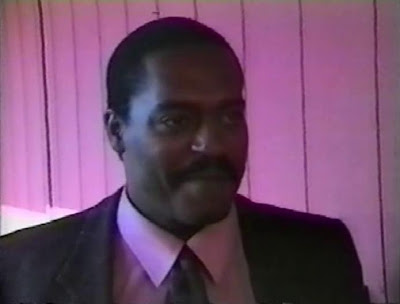 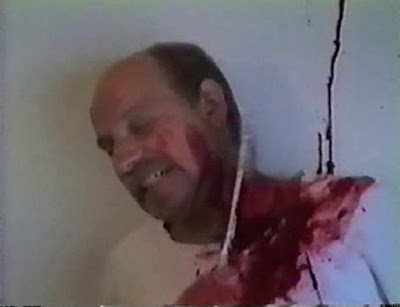 We discover that the siblings aren't even actually what they claim to be. Edith was thrown out of nursing school before graduation because of her bad behavior and is thus not even officially a nurse, and Gordon is just a veterinarian who would have preferred to have been a surgeon. Faith's twin sister Charity (also played by Frances Millard, who talks kind of like Edith Massey) pops in looking for her missing sister and promptly files a police report because of Edith's suspicious behavior. When the fuzz start breathing down her neck, our beloved death nurse attempts to cover the smell by throwing lime on the corpses, but it's all for naught. Rats have carried human tissue samples out onto their front lawn and the police have already discovered them and had them analyzed. Director Millard shows up at the very end as copper Sgt. Dave Gallagher to reveal the bad news and put the kibosh on Edith and Gordon's future activities. 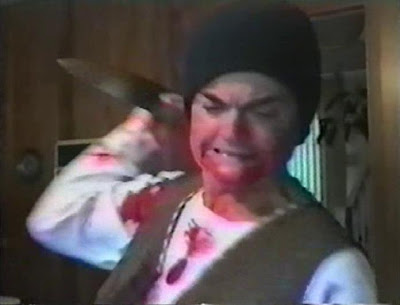 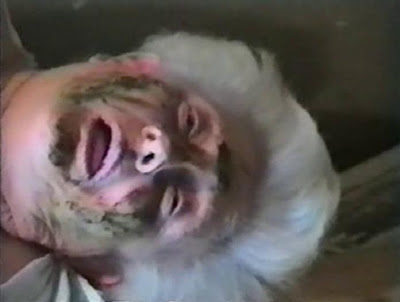 Possibly behind only Jerry Warren, Millard may actually be one of horror cinema's thriftiest filmmakers, seeing as how he managed to slap together a half dozen 80s horror features using next to no money, a consumer grade camcorder, his friends and family as 'actors' and a bare minimum of new footage. Here, he again liberally recycles scenes from both CRIMINALLY INSANE (1973) and SATAN'S BLACK WEDDING (1974); passing them off as Edith's nightmares. Since this is a follow-up, he's also able to pad things out even further by including clips from the first Death Nurse to help push the run-time up to a paltry 60 minutes. Again, there's a new title card for the film, but the same credits from Criminally Insane are re-run. The music from that film is also reused. It's set in the same exact Pepto Bismol-colored San Francisco house the other movies are set in, features most of the same 'actors' from the other movies and features the same aluminum-foil-covered weapons for the close-up hacking / stabbing scenes. There are countless zoom shots, many close-ups of Edith's scowling face and numerous scenes of people sitting, sleeping, lounging on a couch or walking through the house that never seem to end. 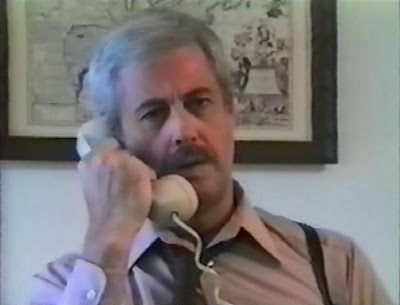 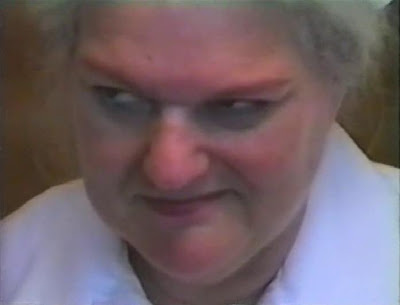 Criminally Insane, Satan's Black Wedding and CRAZY FAT ETHEL II (1987) were all released together on one DVD, but none of Millard's other 80s genre efforts have been. Both Death Nurse films were released on VHS by the obscure company The Incredibly Strange Filmworks.

I'm still waiting to see Millard's adaptation of Turn of the Screw. I can't even imagine what it must be, but somehow I suspect a lengthy flashback to Death Nurse 2 is in it.

Ha, I know! I haven't been able to find it, but I really am curious about it. Millard and Alden also worked together on a horror-comedy called 'Funeral Parlor' in 2006. It was Alden's final film and I don't think it's been released yet, so it must be pretty 'good.'