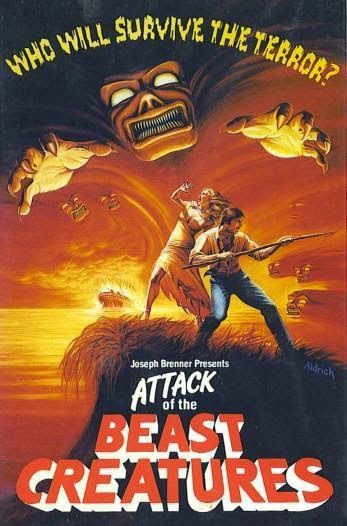 Directed by:Michael Stanley
Despite what you may have read or heard, this utterly ridiculous low-budget shocker is an endearing, extremely entertaining low-budget effort regardless of whatever shortcomings it has. Is it "good" in a traditional sense? Nope. Is it fun? Absolutely! I especially love how the filmmakers take an absurd premise and are completely straight-faced about the whole thing. Unfortunately, this one's all but disappeared into video void and has not been reissued since its initial release to VHS from Western World Video in 1985. I can only hope that someone someday will buy the rights and put this little gem out on a widely-released DVD with loads of extras like it fully deserves! Filmed in 1983, Beast Creatures concerns the struggle for survival amongst a small group of shipwreck survivors (eight, to be precise) on a secluded island (really inland Fairfield, Connecticut, where this was filmed). It's set in the 1920s for some reason, and the costumes and hairstyles reflect that. It's so low-budget that they couldn't even afford to film a plastic toy boat to illustrate the sinking. 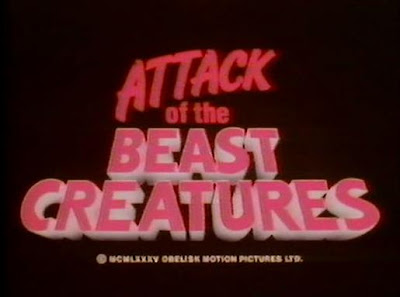 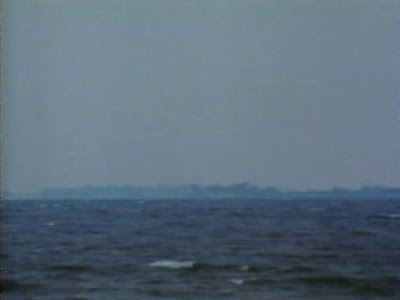 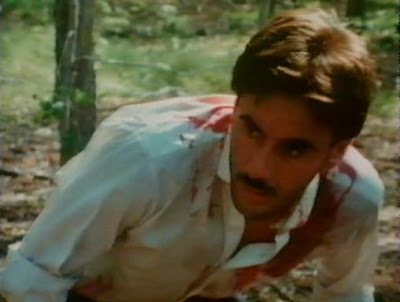 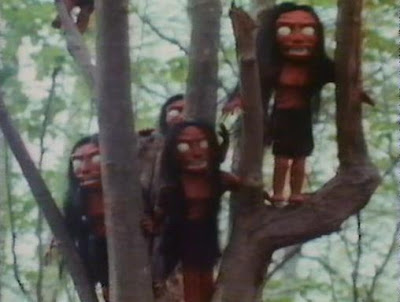 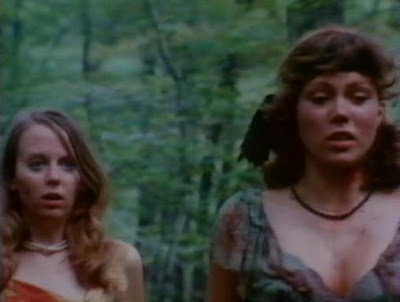 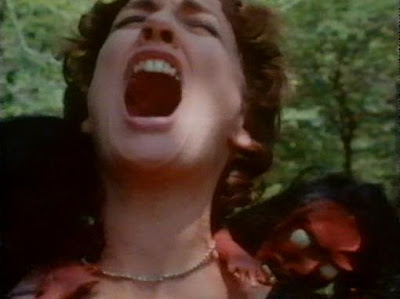 A seemingly innocent water stream is actually full of acid as one poor parched man soon finds out, and worse, the island is home a cult of small, killer creatures that are played by Trilogy of Terror / Zuni Fetish-style dolls. The dolls have red faces, long black hair, glow-in-the-dark eyes and sharp pointy teeth. Their jaws open so they can screech and their arms move up and down when they scurry through the woods, but other than that, they are hilariously immobile. I don't want to get too much into the story (not that there's much of a story to begin with), but some of the assault / ambush techniques devised by the little critters are very amusing and the low-level POV camerawork and eerie electronic music score service the entertaining story very well. So despite amateurish acting, flat cinematography and other problems usually associated with low-budget regional filmmaking, this does exactly what it sets out to do and gets a thumbs up from yours truly. It's a blast. 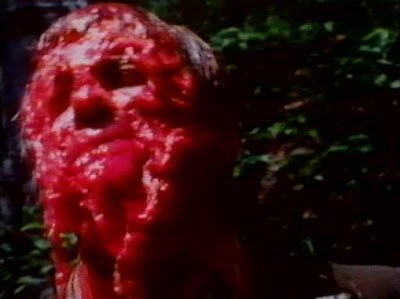 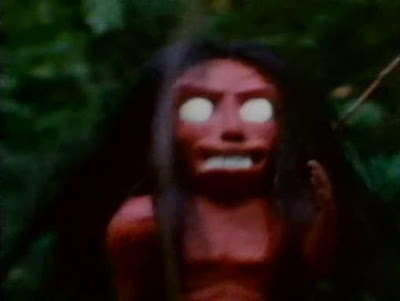 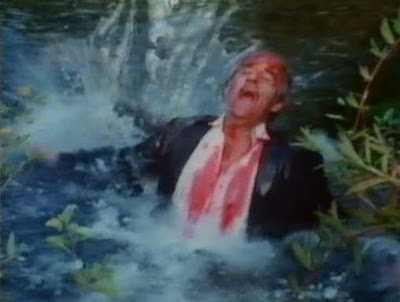 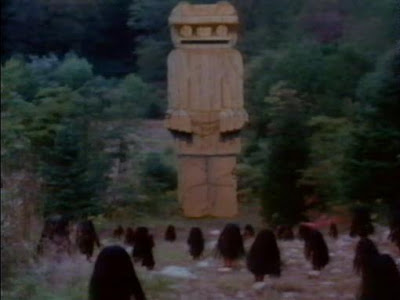 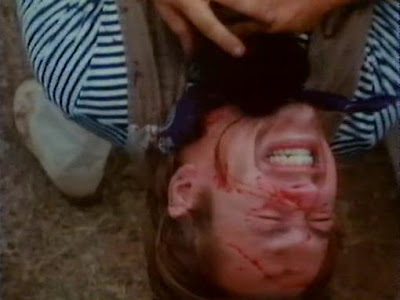 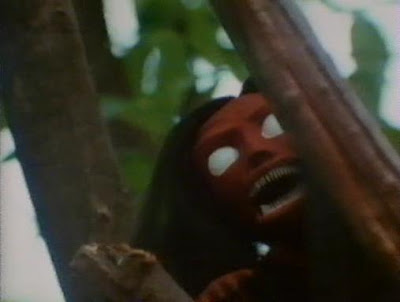 I also searched around for some information on the director and came up with this semi-recent update on what he's been up to: Summer 2002 he was appearing in the play The Country Wife at a small theatre in Danbury, Connecticut, who had Stanley described in their ad as follows, "Michael has been active on the stage and behind the scenes, in both theater and film for many years. Acting credits at the Little Theatre include The Comedy of Errors, The Rivals, The Revenge Tragedy and Twelfth Night, to name a few. His directorial debut was on a low-budget sci-fi film "Attack of the Beast Creatures". He has since directed several plays, among them Al Kulcsar's The Wurrld According to Dooley for both Square One Theatre and Westport Community Theatre."