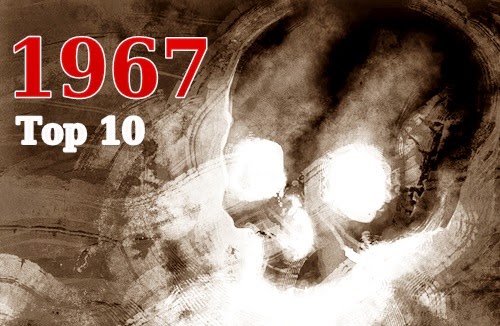 Sadly, 1967 is one of the weaker years of the 60s when it comes to quality genre films, Still, even though we may not have any certifiable classics like in most other years this decade, there are still a handful of gems worthy of a look. I've decided to go ahead and give my top spot to the West German film The Torture Chamber of Dr. Sadism (available on video and DVD under a host of other titles, including Blood Demon and Castle of the Walking Dead). Sure it has its share of flaws, but it's otherwise an eye-filling treat for fans of Gothic horror. Directed by krimi vet Harald Reinl and based loosely on Edgar Allan Poe's "The Pit and the Pendulum," the film has a strong, vivid and sometimes even surreal nightmare-like feel to it. The sets and art direction are outstanding and there's even a broad sense of humor. Throw in a blue-faced and extremely dour Christopher Lee, the gorgeous and appealing Karin Dor and wonderfully sinister character actor Carl Lange and you've got yourself a great evening's entertainment.

Also placing high on my list is Quatermass and the Pit, the third feature film in Hammer's popular series that started life on TV back in 1953, was later adapted for the silver screen (1955's The Quatermass Xperiment) and proved popular enough to endure decades later. An intriguing, thought-provoking blend and science fiction and horror, Pit may even be the finest in entry in its series. It's certainly one of the more conceptually interesting movies by the busy British studio. Viy or Spirit of Evil, often considered the first Russian horror film and boasting some extremely impressive special effects for its day, and the depressing Violated Angels, an artistic and surprisingly smart examination of American serial killer Richard Speck from Japan also squeaked by with high placements. The IMDb release date for Jack Hill's wonderfully oddball black comedy cheapie Spider Baby, which has fluctuated everywhere from 1964 (when it was filmed) to 1968 (when it was widely released) has now finally landed conclusively (I think) on 1967. As a result, the film has been imported over from 1968 and places even better since it's no longer competing against the likes of Night of the Living Dead and Rosemary's Baby. These five films make for a fully respectable Top 5 list in an otherwise pretty weak year.

Peter Brook's challenging "historic horror" (which I've seen some dub it) Marat/Sade is one of those titles that some people aren't going to feel is the least bit horror, while others would be fine with its inclusion. Though an extremely interesting and well-done film, I'm personally a little iffy about its inclusion here, so I've left it off here for the time being. That may or may not change once I revisit it. Another film whose absence may be noticed in Roman Polanski's The Fearless Vampire Killers. Though it didn't blow me away when I saw it many years ago (I think some of the humor was likely lost on me), it's another I need to re-watch and reevaluate before determining a placement.

So what else went down in 1967? Well, we got plenty of decent, though not outstanding, British chillers. Among those were The Sorcerers, a later-day Boris Karloff vehicle and one of the only films from ill-fated director Michael Reeves before his untimely passing, the sequel Frankenstein Created Woman, with mad doctor Peter Cushing doing his usual routine with the added attraction of a monster sex-switch, Night of the Big Heat, which starred Lee and Cushing and involved aliens cranking up the temperature on a secluded island, Berserk!, a certifiable camp-fest featuring the inimitable Joan Crawford as a hard-ass owner of a traveling circus plagued by murders, the talent-stacked but disappointing four-part anthology Torture Garden and numerous others. In Brazil, the exploits of super-sadist Coffin Joe continued in This Night I'll Possess Your Corpse, a follow-up to 1964's At Midnight I'll Take Your Soul, which proved to be more interesting than most of what was coming out in the UK.

Interestingly, aside from Spider Baby, this was a forgettable and almost embarrassingly bad year for American-made horror. It appears studios and professionals either weren't interested in the genre or distributors were just importing most of the quality stuff in from elsewhere because nearly every American horror film from this year was no-budget sleaze from Z grade directors. Not that a few of these weren't interesting in their own right, namely Doris Wishman's Indecent Desires and Michael Findlay's The Touch of Her Flesh (the first in his 'Flesh' trilogy), but most were just cheap and awful. Getting immediately chucked into the trash bin are Larry Buchanan's Creature of Destruction and In the Year 2889 (which were among eight Buchanan titles sold directly to television by AIP), Barry Mahon's "roughie" The Sex Killer, Byron Mabe's blatant Freaks rip-off She Freak, Jean Yarbrough's so-called comedy Hillbillys in a Haunted House, James A. Sullivan's low-grade creature feature Night Fright (featuring an aged and embarrassed John Agar) and the atrocious five-part anthology Gallery of Horror from David L. Hewitt. Herb Jeffries' Mundo Depravados, however, is welcome to stay because it's so wonderfully inept it's downright lovable. "Godfather of Gore" Herschell Gordon Lewis also unleashed a trio of films: The Gruesome Twosome, Something Weird and A Taste of Blood, though I've not yet seen any of these.

Internationally, there were a few firsts for the year. Dracula in Pakistan became the first Pakistani horror film (also their first X-rated film), while Yongary, Monster of the Deep, South Korea's answer to Japan's Godzilla, became that countries first monster movie. Speaking of Godzilla, Japan was still cranking out their giant monster mashes, including King Kong Escapes and The X from Outer Space. There were also a handful of releases from South America. Of these, the Mexican film Pedro Páramo, starring American actor John Gavin and a Palme d'Or nominee at Cannes, seems the most promising. Too bad it's not available subtitled. As usual, I'll see what else I can hunt down. Perhaps there are a few more hidden gems out there.
_______________________________________________________________________ 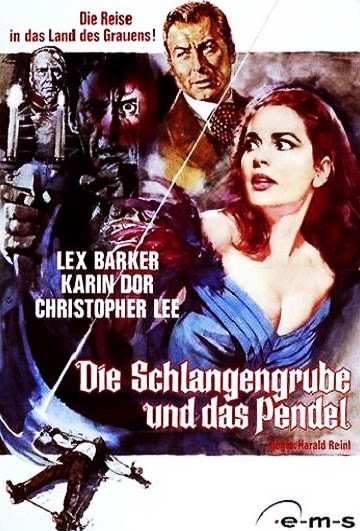 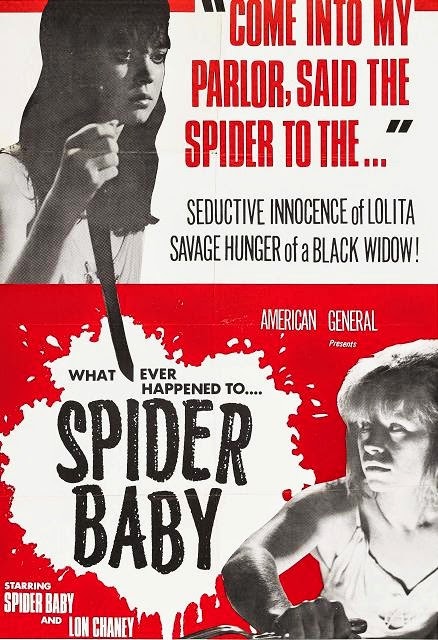 2. Spider Baby or, The Maddest Story Ever Told 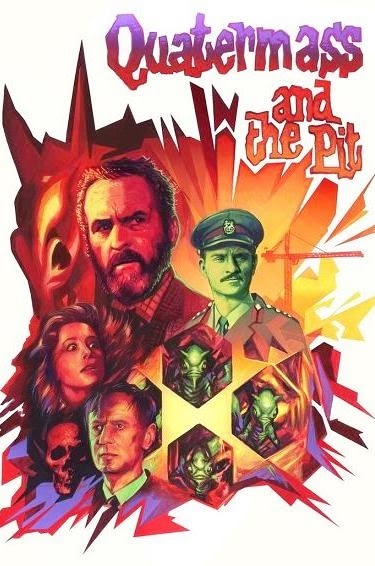 3. Quatermass and the Pit (Five Million Years to Earth) 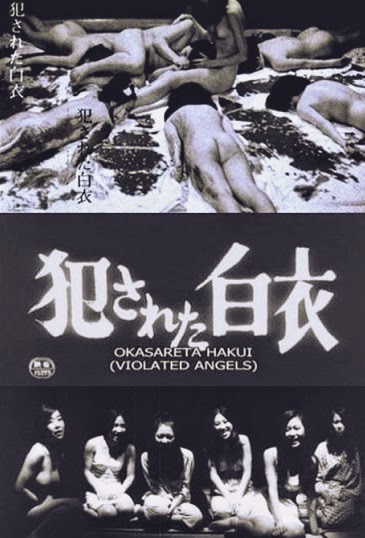 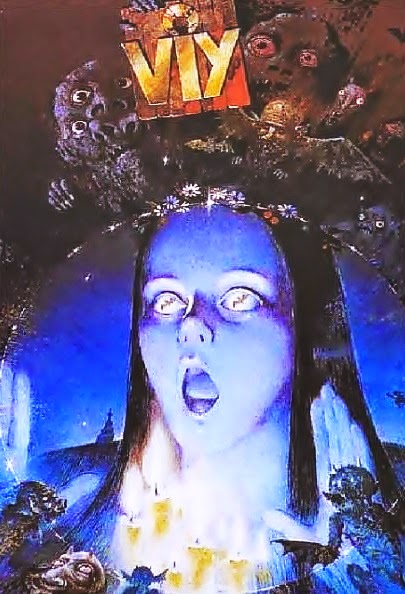 Posted by The Bloody Pit of Horror at 6:06 PM