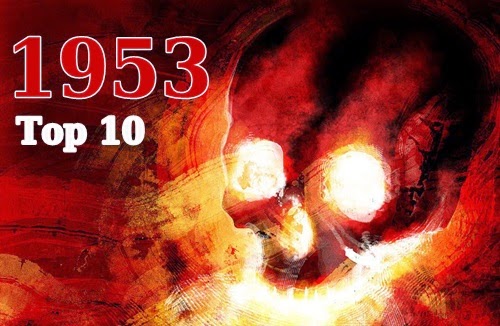 Very few horror films were produced in the mid / late 30s and there was a similar dearth of product between 1947 and 1952; something hard to imagine nowadays with a brand new horror release debuting on DVD every single day. However, the genre rebounded in a big way in 1953 and it would never again really fall out of favor with audiences. So what went right? Several releases proved that genre films could achieve both healthy box office figures as well as critical respectability. Filmmakers were also able to cash in on not only increasing political and social unease, but also Atomic Age hysteria and an increasing interest in the possibilities of space travel, both of which effectively exploited audience fear of the unknown. Another huge reason was 3D technology, which was first devised to try to get asses away from then-new TV sets and into theaters. 3D had just turned turned the otherwise bland Bwana Devil (which promised "A LION in your lap! A LOVER in your arms!") into a huge hit late fall / winter of the previous year.

The scary sci-fi film The War of the Worlds (based on the same H.G. Wells novel that scared the nation as a radio broadcast decades earlier) boasted a healthy 2 million dollar budget and was another huge box office hit. Not only did it turn a tidy profit, the film was also very well-received by critics and ended up being nominated for three Academy Awards, winning one for the trend-setting special effects work. Another hit that blended science fiction and horror was Jack Arnold's It Came from Outer Space. Like House of Wax, it was shot in 3D (in fact, it was Universal's first film in 3D) and even ended up winning a Golden Globe award for its lead actress. Possibly the most important sci-fi release of 1953 was The Beast from 20,000 Fathoms, one of the most profitable films of its year and one notable for more than just the stop-motion special effects wizardry of Ray Harryhausen. It was also the very first film to feature a giant monster activated by atomic radiation, a premise that would prove to be very popular throughout the decade. Reportedly, the film's success is what got the original Gojira (Godzilla) green-lit. Other popular films that blended science fiction and horror were the imaginative independent production Invaders from Mars (telling of an alien takeover from the vantage point of a young boy) and Donovan's Brain.

House of Wax, a reworking of 1933's Mystery of the Wax Museum, was one of the few notable American efforts not falling under the sci-fi umbrella. For starters, it's the film that elevated Vincent Price (who'd been toiling away mostly in supporting roles since 1938) to horror heavyweight status. Second, it was advertised as "the first 3D release by a major studio." That wasn't exactly true (they'd been beat to the punch by a matter of days), but it was the first color release with stereophonic sound from a major studio. And finally, it went on to become Warner Brothers' biggest hit in six years and thus proved that audiences were in the mood for more than just monsters and aliens (something Hammer Studios would capitalize on in a big way in just a few years). Wax was reissued to theaters numerous times after, making it one of the most popular, profitable and enduring films of its year. The Maze, another 3D release (from the same guy who made Invaders from Mars) did feature a monster during its hard-to-forget finale, but was more Gothic than creature feature. Also of note is the spooky animated 8-minute short The Tell-Tale Heart (directed by Ted Parmelee, based on Poe and narrated by James Mason), which got nominated for an Oscar for Best Short Subject, Cartoon. In 2001, the film was also inducted into the National Film Registry. War of the Worlds and Wax followed suit in 2011 and 2014, respectively. 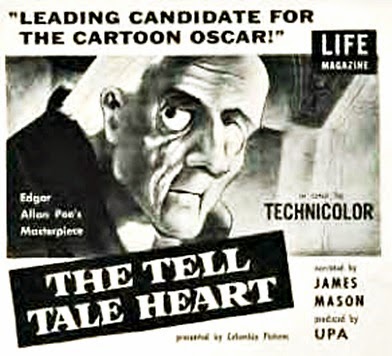 In Mexico, Chano Urueta was about to revolutionize south-of-the-border genre cinema with El monstruo resucitado, a film that blended science fiction with Gothic 'mad doctor' themes. It laid the groundwork for its country genre output for the next three decades, though it never seemed to merit a theatrical, video or DVD release here in America. Japanese director Kenji Mizoguchi's eerie, dramatic ghost tale Ugetsu was also released to much acclaim and would become hugely influential in its home country. Years after winning a major award at the Venice Film Festival and numerous Japanese film awards, the film ended up nabbing an Oscar nomination three years after the fact... for costume design of all things. It's now often cited as one of the greatest ghost films of all time. In England, The Quatermass Experiment debuted on TV and was about to become a phenomenon that would spawn several more shows, not to mention even more feature films. Pretty impressive considering the show was commissioned with the lowest of expectations by suits writing it off as just filler. Hilton Edwards' short Return to Glennascaul (aka Orson Welles' Ghost Story) was also released and ended up earning an Oscar nomination in 1954.

Naturally, they couldn't all be winners. After all, the camp-fest Cat-Women of the Moon was another 1953 release, as was the notoriously awful Robot Monster, the seldom-viewed The Neanderthal Man (which - if anything - is remembered for featuring future genre queen Beverly Garland in a small role) and Mesa of Lost Women, which, like Robot, became a frequent fixture on 'worst of all time' lists). Lugosi appeared in Glen or Glenda?; his first Ed Wood movie, while Karloff was on TV (the sometimes-horror show Tales of Tomorrow) and butting heads with the titular goofballs in Abbott and Costello Meet Dr. Jekyll and Mr. Hyde. 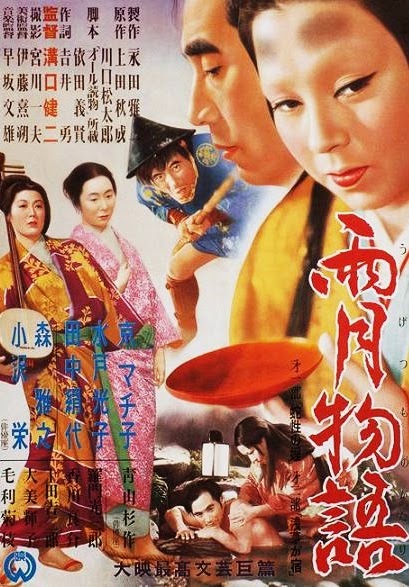 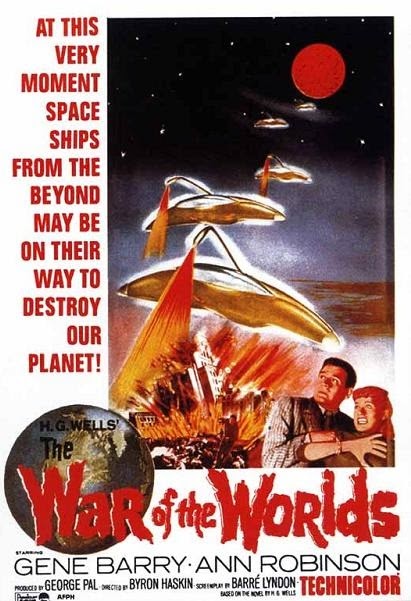 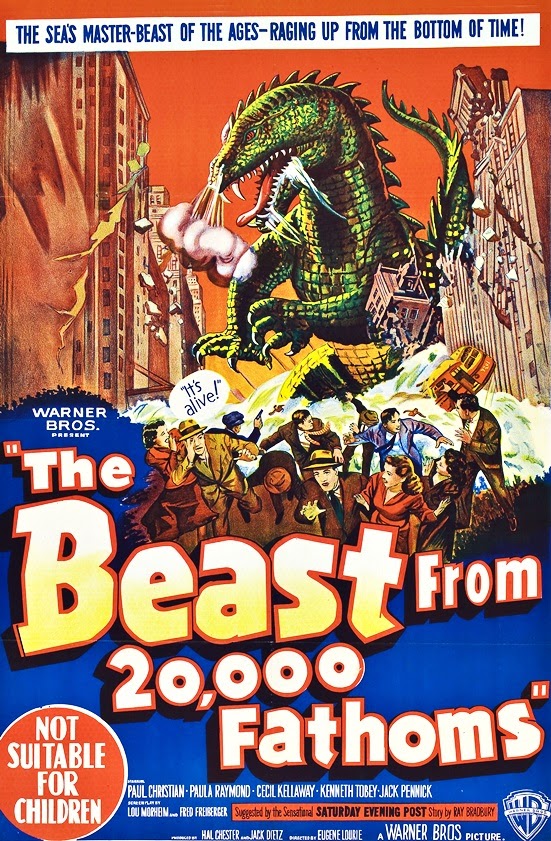 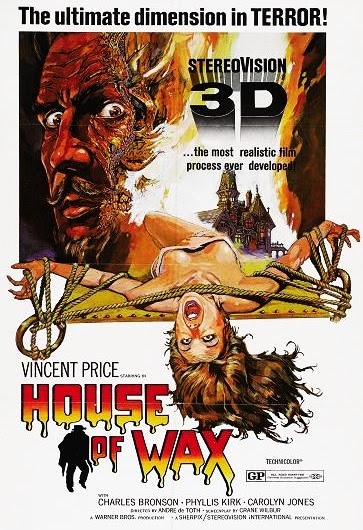 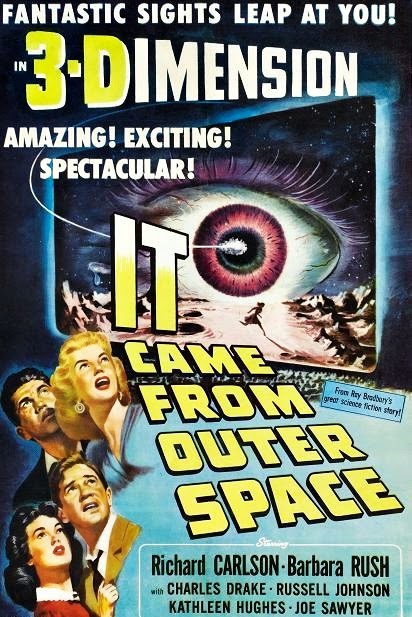 Posted by The Bloody Pit of Horror at 6:02 PM