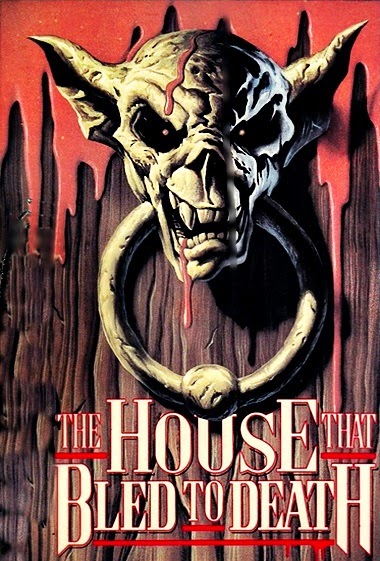 ... aka: Hammer House of Horror: "The House That Bled to Death"


*I've decided to include all thirteen episodes from the short-lived TV series "Hammer House of Horror" on this website. There are two reasons for this: 1.) Each episode runs 50 minutes and is in essence a feature (short films technically clock in at less than 45 minutes). 2.) More importantly, in the mid-1980s each episode was released separately on video by the ThrillerVideo label and was further padded with commentary from horror hostess Elvira. Since these were very well distributed titles, and in keeping with the video-store feel of the website, I felt it important to keep these titles in the database and review them all individually.*


Nicely-turned episode features several memorable scenes and what might be the best and most enjoyable twist ending in the entire series. In the prologue, an elderly man poisons his wife's hot cocoa, then dismembers her body with a pair of rusty blades hanging in the kitchen, earning him the nickname "The Carve-Up Killer." Years later, a working-class married couple (played by Nicholas Ball and Rachel Davies) and their angelic looking blonde daughter (Emma Ridley) purchase the same home where the murder took place. Strange things begin happening immediately, dad becomes locked in a room, unable to help when his wife is almost gassed and the daughter sees a blood-gushing pipe. And that's just their first night in the place! Their next door neighbors (Brian Croucher and Patricia Maynard) befriend them right away and are extremely supportive, understanding, helpful and sympathetic... almost too supportive and sympathetic. After eye glasses and dentures appear out of nowhere, the family cat turns up impaled on a broken window, a severed hand pops up in the fridge and a bunch of little kids and their parents get the shock of their lives during a hilarious birthday party gone wrong, everyone in town is eventually convinced the place is haunted.

This episode also contains a brief topless scene which was cut from the original VHS release. A big plus is David Lloyd's script, which adds a very clever and highly amusing twist at the end that's a direct comment on the whole Amityville Horror phenomenon. Lead actress Rachel Davies even resembles Amityville star Margot Kidder.