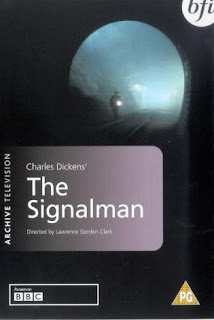 ... aka: Ghost Story for Christmas: The Signalman
... aka: Signalman by Charles Dickens, The

Feeling inexplicably "drawn" to it, a nameless traveler (Bernard Lloyd) stumbles upon a tiny, isolated building situated at the bottom of a ravine next to a railroad track. There he encounters a signalman (Denholm Elliott), who at first seems suspicious of the traveler and lives a quiet, lonely existence operating the danger light for passing trains about to enter through a tunnel. The two men quickly strike up a friendship and realize they can relate to one another, especially in regard to their feelings of isolation and loneliness. The signalman spends most of his time reading books and studying math, while the traveler is alone in his travels and reveals that he spent some time incarcerated (whether in a prison or mental home, it's not made quite clear). Something's obviously bothering the signalman; he's on edge, nervously jumps to his feet at the sound of the bell signaling an arriving train and runs over to the window to check on them, almost as if he's expecting the worst to occur. Seems that particular stretch of track has a bad history. There was a crash in the tunnel a year earlier which killed and injured many and, just sixth months later, a bride fell to her death from one of the passing trains. 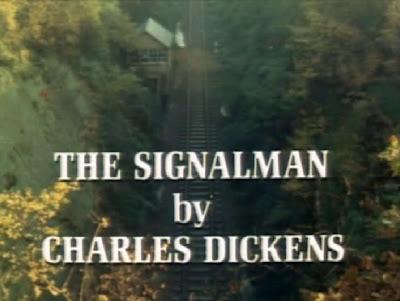 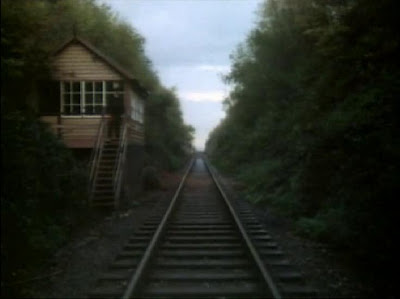 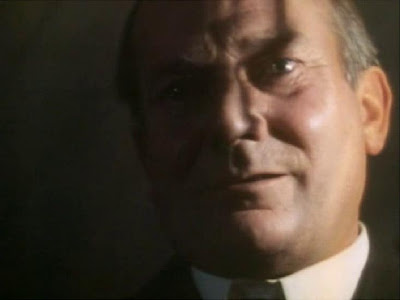 Immediately before each of the horrific incidents, the observant signalman had noticed strange, almost supernatural things had occurred; a strange hum sounded from his warning bells, a mysterious telegraph was sent, a voice rung out from inside the darkness of the tunnel and the shadowy figure of a man was seen waving his arms in warning. And now, for a third time, the signs that a tragedy is about to occur are happening all over again... 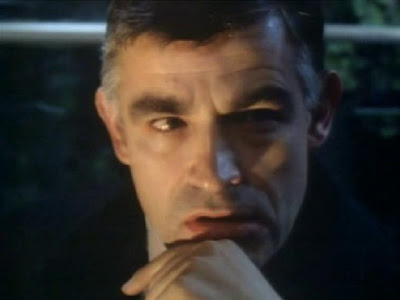 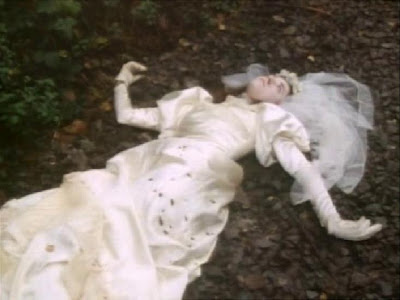 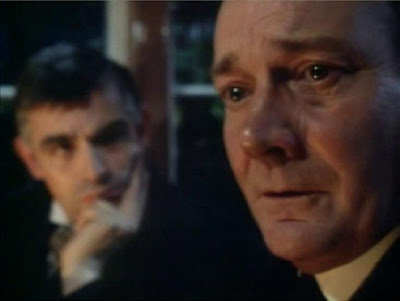 Andrew Davies adapted the Charles Dickens story for this 40-minute "Ghost Story for Christmas" BBC TV presentation. It was the first time the series (which began back in 1971) deviated from the works of famed ghost story writer M.R. James, though the change in source author goes almost completely unnoticed here. Tonally it's right in tune with the other James-based films in the series, and both thematically and stylistically it is unmistakably the work of Lawrence Gordon Clark, a talented director who worked exclusively in television and whose ability to generate atmosphere and chills on the most modest of means is consistently impressive. Sadly, the man never really did get his due. The Signalman is an eerie, subtle piece of work with a palpable sense of isolation, solid performances from its two leads and supernatural elements left effectively ambiguous. 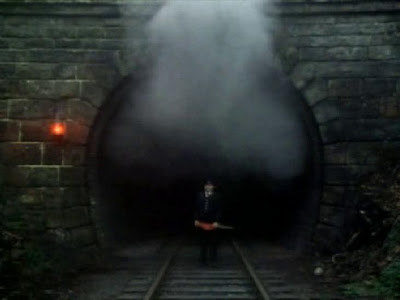 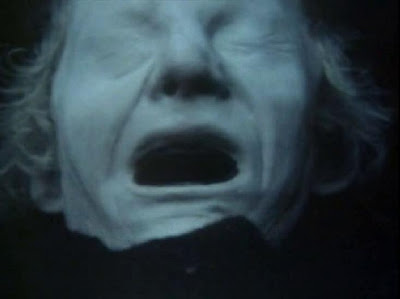 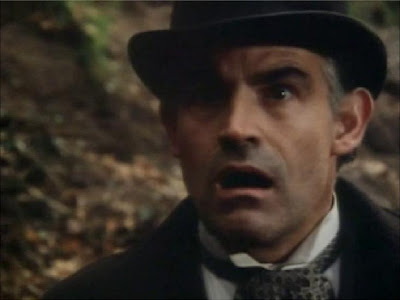