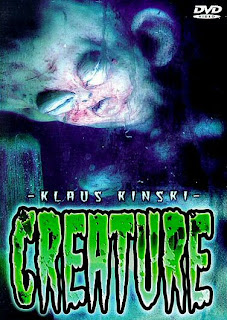 ...aka: Alien Creatures
...aka: Titan Find
Directed by:
William Malone
Some male and female astronauts on the desolate planet of Titan get on the wrong side of a two-thousand year old extraterrestrial creature capable of controlling its victims. Klaus Kinski has a small supporting role as a neurotic doctor and is used mainly for comic relief. The director also made the monster movie SCARED TO DEATH (1980), which featured a similar monster. Review coming soon.
★★
Posted by The Bloody Pit of Horror at 11:44 PM