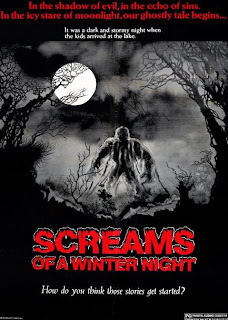 ... aka: Howlings of a Winter's Night

Lake Durand doesn't have the best reputation in the world. The Indians nicknamed it "Coyote Lake" because of the weird and unexplainable howling noises the wind seems to make there. A family who lived there decades earlier all met gruesome fates; corpses were found scattered about, heads were ripped off, bodies were pulled apart... Because their home was completely demolished, the deaths were written off as a "natural disaster," but an Old Indian claimed the family had actually been killed by "Shataba;" an ancient and very evil spirit that only comes to life during the winter time. The same force may have also been responsible for a freak accident that killed several lumberjacks during the 40s, and may have had something to do with an entire family disappearing in the late 50s, and so on. Having heard about the legend and those accompanying stories, John (Matt Borel) decides to test his luck and drags nine of his friends there for the weekend... during the winter, of course! He only lets Cal (Patrick Byers) in on the Shataba legend and even shows him the remains of the home once owned by the dead family, as well as their graves. That evening, everyone grabs a beer and cozies up by a fireplace, where different scary tales are told; three of which are then visualized for us. 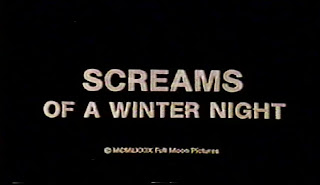 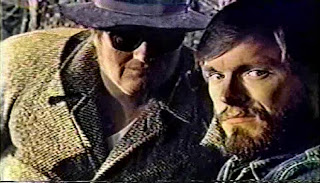 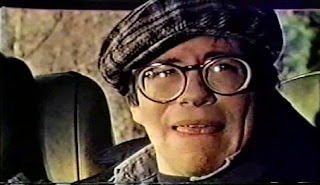 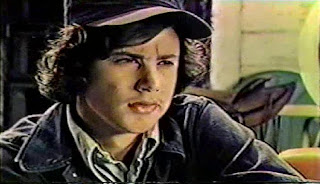 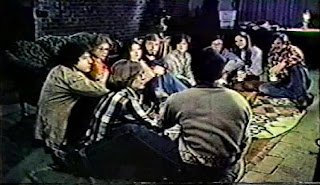 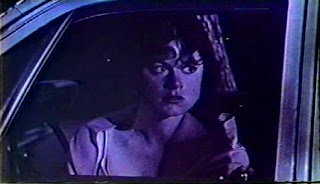 Our first story is "The "Moss Point Man;" which is a play on that old urban legend about a hook-handed fiend who hangs out at Lover's Lane (as well as another popular urban legend about a date gone sour). After leaving the school dance early, Roger (Ray Gaspard) and his girlfriend Estelle (Brandy Barrett) run out of gas on a back road. He decides to walk on ahead and get some gasoline while she stays behind in the car. A barely-seen Bigfoot-like creature is lurking about. It chases Roger around and then kills him. Back at the car, Estelle hears the sounds of something dragging along the roof... This only runs for a few minutes. Steve (Gil Glasgow) next offers up the story "The Green Light;" about a trio of fraternity pledges having to spend the night in an old abandoned hotel rumored to be haunted. Geeky Ron (Borel again), tough guy Parker (Glasgow again) and fraidy cat Billy (Gaspard again) show up and have been instructed not to leave the first floor. Parker does anyway and doesn't return. After an hour, the other two decide to explore the upper floors and get more than they bargained for. Both of the above tales are pretty lame. 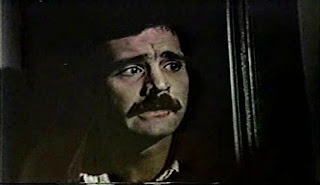 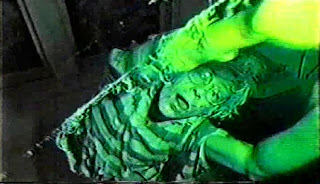 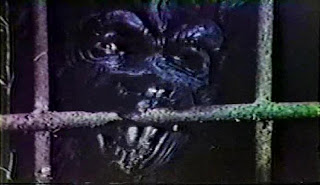 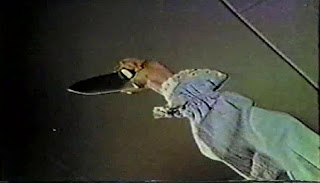 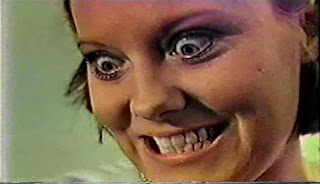 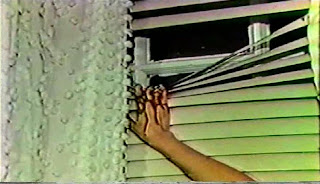 After an almost completely useless first hour, this finally starts to improve a little bit. Rich snob Elaine (Mary Agen Cox) narrates the third and by far best of these stories about a girl she knew from high school named Annie (Beverly Allen). Because she's so shy and quiet, some people who feel sorry for her and set her up on a blind date. It backfires when the slob (Glasgow again) attempts to rape her. She stabs him to death, claims to police they were attacked by someone else and gets away with it. Now off to college, Annie is unpopular, uptight and "crazy as a jaybird." She calls her roommate (Robin Bradley) "trash" because she dates guys and destroys all of her belongings because she borrows her shawl without asking. The two get into a heated argument which ends with "Crazy Annie" moseying on down to the kitchen and getting herself a big butcher knife. Back at the cabin, a couple of the guys try to scare everyone with gorilla masks and the wind has really started to pick up... 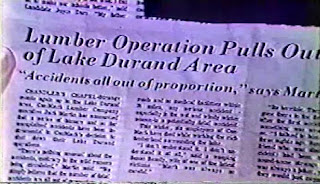 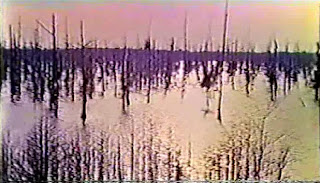 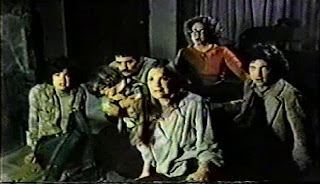 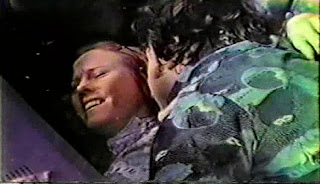 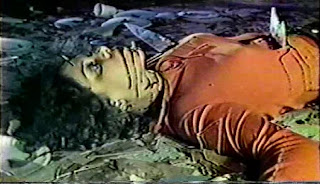 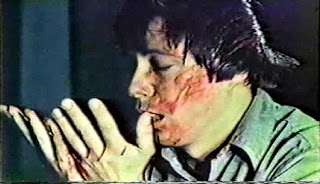 The PG-rated low-budgeter was shot on 16mm in Louisiana and is tame, usually dull, predictable and highly uneven, though it does boast a pretty effective ending. I also liked how the actors in the framing scenes are also the stars of the various stories. It's not been released on DVD and the distributed VHS copy through VCI is a heavily damaged, worn print. A young William Ragsdale (later to star in the big budget vampire hit FRIGHT NIGHT [1985]) appears in one scene as a gas station attendant who tries to warn everyone about all the "weird stuff" that's happened at the lake.