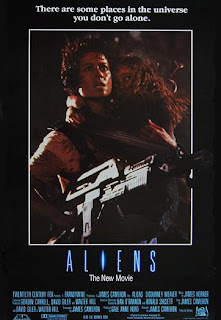 
In the film-reference-filled, Kevin Williamson-penned slasher sequel Scream 2 (1997) there's a scene where know-it-all film students discuss sequels. When one student opines that all sequels are inferior to the original, another chimes in that that's not always the case and cites Aliens as an exception to this rule. The remark goes unchallenged by both the professor and the other students, almost as if it's so obviously true that it would be foolish to even argue. I, however, will argue it. Aliens is not a better film than ALIEN. I have always, and will always, find directly comparing these two films to be not only unfair but also somewhat foolish. While it's not quite apples and oranges, preference of one over the other is just as likely to be dictated by one's expectations going in as it does the actual quality of either film. While I can understand a younger audience weened on superhero movies gravitating more toward this one as it's faster-paced, more thrilling and more action-oriented, the original's atmosphere and measured shocks may actually be more appealing to most classic horror fans. 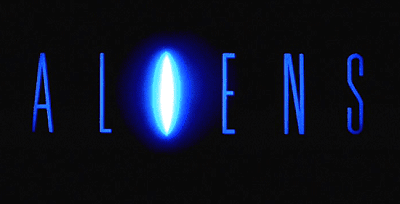 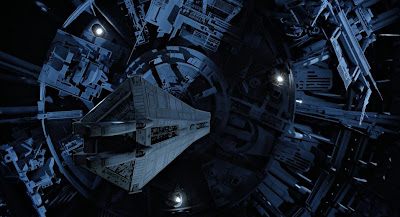 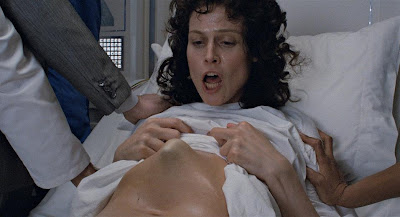 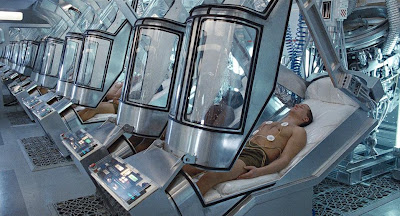 Despite obvious similarities (the same lead character, the same alien(s), similar production design, etc.), the two films set out to accomplish entirely different things. Futuristic trappings / setting aside, Ridley Scott's film is pretty much a straight-up horror flick. It is dark, moody, tense, unpredictable, extremely atmospheric and designed primarily to shock and scare. While Aliens also works some of the same avenues, enough so that is can be considered a horror, sci-fi and action blend, its chief goal is clearly to excite audiences; to thrill them. Extremely bleak and gloomy, Alien doesn't make you feel "good" when you watch it and it wasn't intended to. Aliens, however, was designed to get audiences cheering. It's a loud, fast, rousing, action-and-special-effects-packed popcorn flick with a more personable heroine and better-defined supporting characters (even if most fall into the "gross stereotype" category). So to put an end to the debate once and for all, I'll simply put it this way: Alien is a better horror film. Aliens is a better action film. 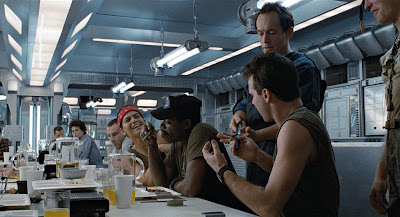 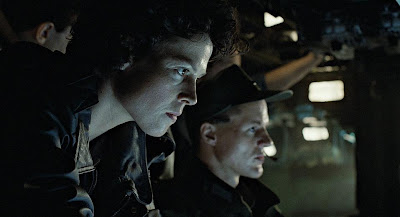 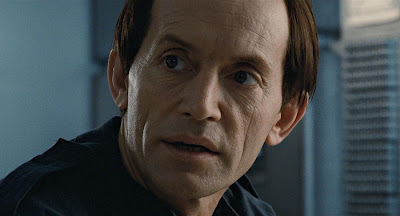 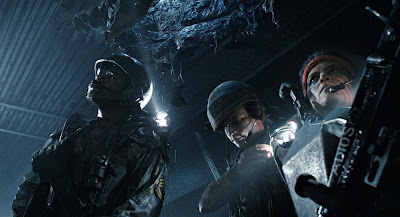 Lt. Ellen Ripley (Sigourney Weaver), sole human survivor of the cargo ship Nostromo, has been floating out in space for decades (57 years to be exact) in a sustained deep sleep chamber. She's finally discovered, brought back to civilization and then attempts to adjust back to a 'normal' everyday life. Nobody seems to believe her story about what happened on her last mission and she's plagued by nightmares featuring an alien monster bursting from her stomach. Ripley also learns that the same desolate planet where she and the rest of the ill-fated Nostromo crew picked up the unwanted alien creature has since been colonized. When communication with the colony is lost, the company responsible for putting them there organizes a mission to check up on them. Reluctantly, Ripley decides to accompany a group of gruff "space marines" there to investigate. They formulate a safe, supposedly fool proof plan of action, which naturally doesn't go quite as expected; stranding Ripley and surviving company on the planet... along with countless acid-blooded killer aliens and their "bitch" mother. 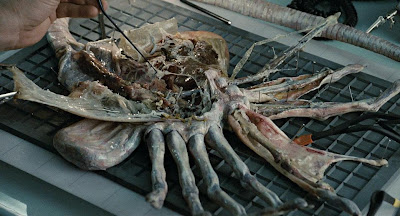 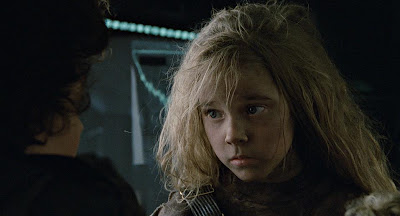 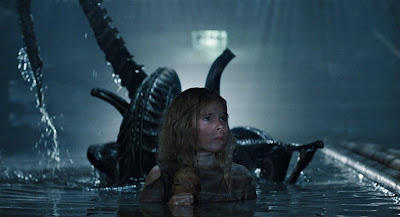 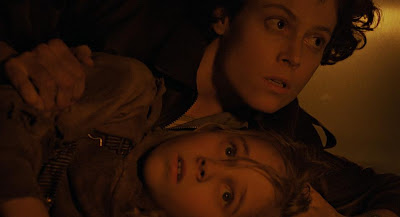 Among those along for the ride are handsome Corporal Hicks (Michael Biehn), annoying jokester Pvt. Hudson (Bill Paxton), butch Pvt. Vasquez  (Jenette Goldstein), inept Lt. Gorman (William Hope), mild-mannered android Bishop (a wonderful Lance Henriksen) and duplicitous corporate slimeball Carter Burke (Paul Reiser). Carrie Henn portrays young Newt, the only surviving member of the decimated colony who's managed to stay alive all this time by hiding in air ducts. Despite them, this is clearly Weaver's show all the way and the actress wonderfully embodies the character and creates a heroine truly worth celebrating. Ripley, who - let's face it - was a bit of a blank in the first film - is very nicely fleshed out here; always ensuring we have someone worth rooting for. Weaver was even awarded with a Best Actress Oscar nomination for her work. Though she didn't end up winning, the nod itself was a rare accolade awarded to a genre film that few others have managed to achieve. (The film ended up taking home two well-deserved technical Oscars [sound effects editing and visual effects] and countless other awards from various critic's groups). 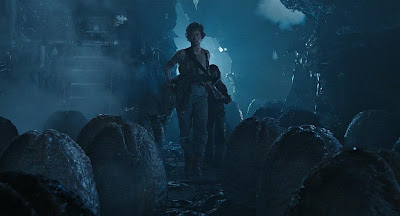 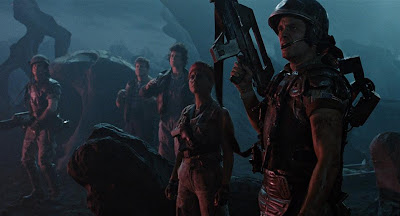 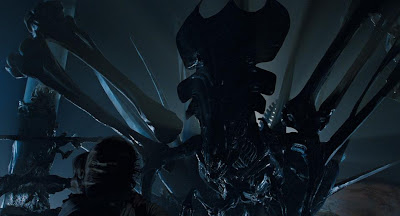 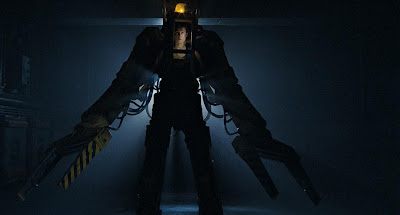 Combined with his previous hit The Terminator (1984), Aliens (the seventh highest grossing U.S. film of its year) solidified James Cameron's position as one of Hollywood's top directors. It's certainly much "bigger" than the previous film in regards to the amount of action, high-tech machinery, explosions, aliens and violence on display. The run-time is even bigger at 2 hours 17 minutes, though that fluctuates depending on which version you watch. Some cuts include an additional 15 minutes excised from the original theatrical release print. Stan Winston and company were responsible for many of the highly impressive fx; which have held up brilliantly over the years.

certainly one of the best sequels ever!