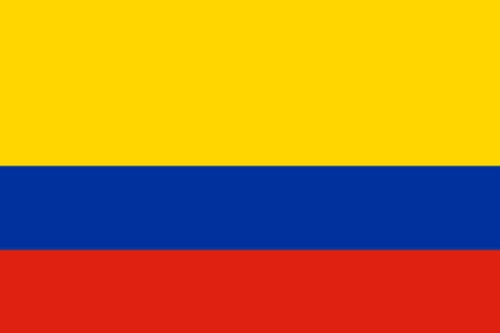 COLOMBIAN HORROR [1950-1990]
Colombia's greatest contribution to pre-1990 horror, perhaps aside from providing fine coffee to keep underpaid actors awake during late night filming, is being the shooting location for notorious Italian shockers like Cannibal Holocaust (1980) and Cannibal Ferox (1981). Yes, I leave no clichés unturned here at BPOH so I'll probably have to also talk about Cuban cigars and Brazil nuts when I get around to doing those countries. But really there's not a whole lot to talk about when it comes to Colombian horror otherwise so I have to talk about something. 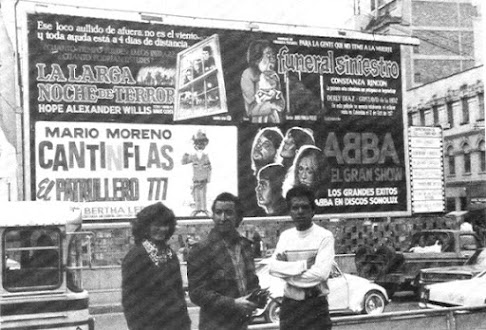 The only repeat offender from this time period that I'm aware of is Jairo Pinilla Téllez, who is not well-known most places (actually he's not known at all most places) but apparently is heralded as the king of horror, fantasy and sci-fi in his home country and is the subject of film retrospectives and such. Pinilla made at least four genre films during the 70s and 80s, starting with Funeral siniestro in 1977 (pictured above in between Funeral stars Derly Diaz and Gustavo de la Hoz). Area maldita / "Damned Area" (1980) involves pot harvesters attacked by a killer snake and certainly sounds pretty cool, as does 27 horas con la muerte / "27 Hours with the Dead" (1982) about temporary death pills being used as part of an insurance scam. Extraña Regresión / "Strange Regression" (1985), the only film of his I've actually seen, isn't very good but it's interesting in another weird way. The film was shot in Spanish and then English dubbed and then had Spanish subtitles added to it supposedly to trick moviegoers into thinking it was from the U.S. because American genre films were more popular in South America at the time! Despite actually being in English it wasn't distributed in English-language countries. 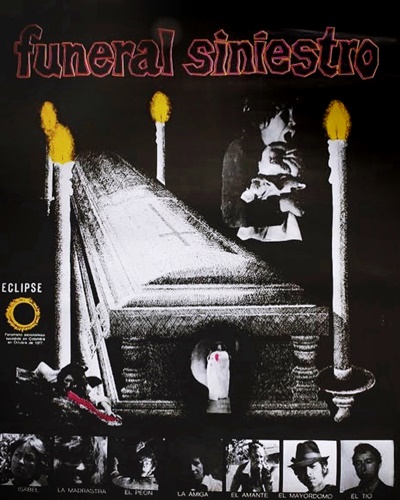 Aside from Pinilla's contributions, there are just a few other scattered genre films. Pasos en la niebla (1977) from José María Arzuaga is an old dark house movie. Luis Ospina's Pura sangre / "Pure Blood" (1982) is about a man needing to kill and drain the blood of victims to stay alive. Carne de tu carne (given the English titles "Bloody Flesh" or "Flesh of My Flesh") is a full-blown, award-winning surreal film featuring some kind of supernatural force, possession and incest and was directed by Carlos Mayolo, who was also one of the stars of Pura sangre. The seven films mentioned in the above two paragraphs are the only Colombian horror films made between 1950 and 1990 that I'm aware of at the moment.
A number of recent horror films, like The Boy (2015) and The Belko Experiment (2016), were shot in Colombia though weren't Colombia productions. As far as recent homegrown Colombian horror, there are some (mostly low budget) films being produced there but nothing has really stood out.
___________________________________________________
1950s
😒
1960s
😒
1970s
- Footsteps in the Fog (Pasos en la niebla) (1977; José María Arzuaga)
- Sinister Funeral (Funeral siniestro) (1977; Jairo Pinilla Téllez)
1980s
- Damned Area (Area maldita) (1980; Jairo Pinilla Téllez)
- Pure Blood (Pura sangre) (1982; Luis Ospina)
- 27 Hours with the Dead (27 horas con la muerte) (1982; Jairo Pinilla Téllez) 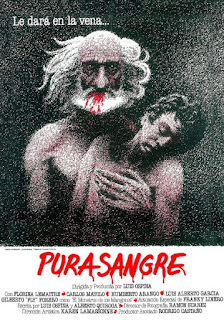 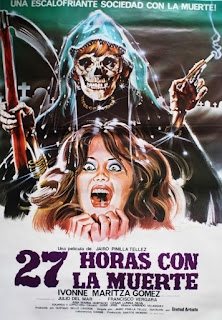 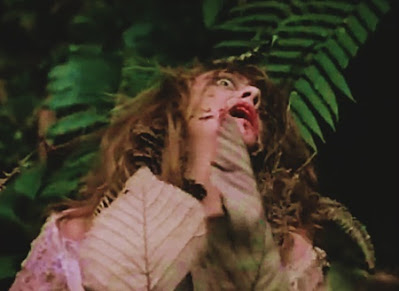