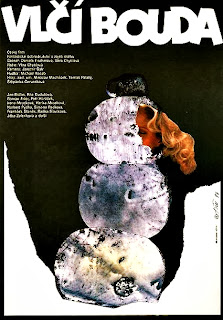 
Director / co-writer Chytilová was a philosophy and architecture student, a fashion model, a draftswoman, a dancer and then a graduate of the Film and TV School of the Academy of Performing Arts in Prague, or FAMU, for short. After making some shorts there (several of which garnered theatrical releases), she would move to the forefront of the Czech New Wave film movement; a student-led opposition to the communist regime who'd taken over their country in 1948. Their goal was to enlighten and educate Czech people on the dangers of communism via their chosen artistic medium. Chytilová helmed the seldom-seen drama Something Different (1963) and then the surreal comedy Daisies (1966). The latter was highly controversial in its day and was banned in her home country for over a year. Once the Soviet Union invaded and took control of Czechoslovakia in 1968, things only got worse. Chytilová found it nearly impossible to find funding for her films because of her reputation and her refusal to dumb down her work and omit elements of political and social criticism. She had cranked out Fruit of Paradise (not released until 1970) beforehand, which ended up being nominated for the prestigious Palme d'Or at Cannes. 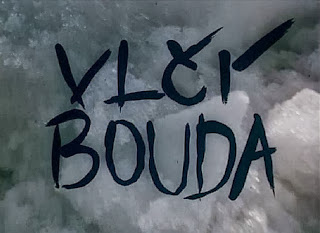 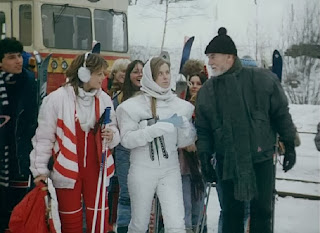 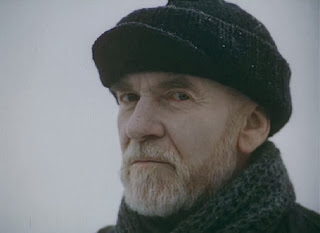 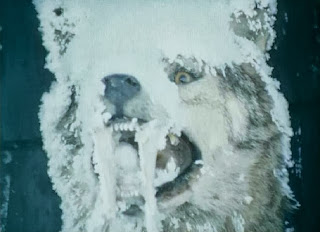 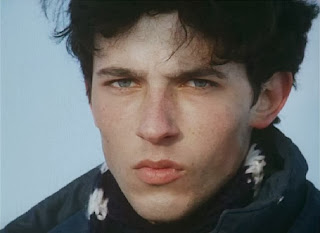 After a six year period of being forbidden to direct (many of her contemporaries like Milos Forman had fled to the U.S. during this time and as a result the New Wave movement crumbled), an American film festival celebrating female filmmakers wanted to screen one of Chytilová's films. She informed them that she'd be unable to attend the festival nor could she direct other films because of government oppression. This led to the Czech / Russian government being internationally pressured on Chytilová's behalf. They finally caved in, she immediately began production on The Apple Game (1976), which ended up winning a major award at the Chicago International Film Festival, and stayed very active from then until 2006, racking up numerous other awards along the way and solidifying her reputation as an important director. Vlci bouda (which I've seen translated over to meaning "Wolf's House," "Wolf's Lair," "Wolf's Chalet" or "Wolf's Hole"), seems to be a continuation of Chytilová's earliest themes, only this time in the guise of the more commercially viable science fiction and horror genres. The social / political criticisms are still here if you want to crack the ice and look beneath the surface, but this is not a blatant message movie and can also simply be enjoyed as an ambiguous and often effectively eerie genre picture. 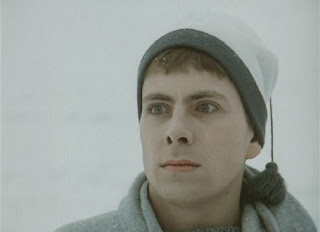 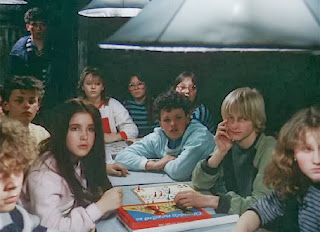 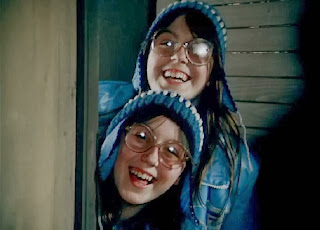 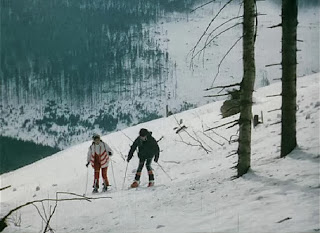 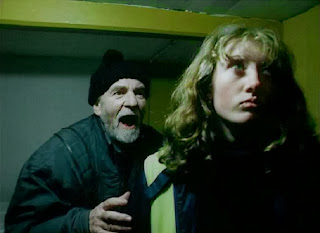 Ten teenagers; five male, five female, have been invited to a special month-long skiing and outdoor survival workshop to be held atop a mountain at the isolated, snow-bound Wolf's Hole lodge. After taking a lift up the mountain, the organizer of the trip, a strange, bearded older man who insists on being called just Daddy (Miroslav Machácek), realizes that an eleventh guest has somehow managed to sneak into their little group. And thus the seed of doubt is planted in the young, impressionable minds right at the outset to ensure things eventually spiral out of control. Daddy's assistants are even odder than he is. Dingo (Tomás Palatý), a short-fused, whistle-blowing, irrationally angry bully has been put in charge of taking the teens through a strenuous daily exercise program and holds on to the key to operate the lift for dear life so no one can leave. Babeta (Stepánka Cervenková), also quite ill of temperament herself, is in charge of making sure the teenagers don't get out of hand in their off time. We know immediately that there's something just a little off about a trio. While all three may look human, they're actually aliens and this workshop is an experiment to learn more about human behavior. 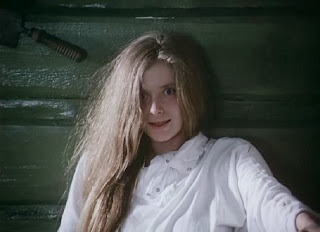 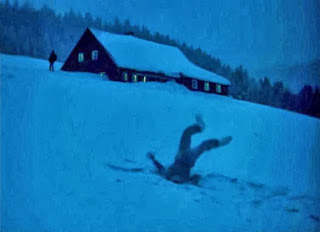 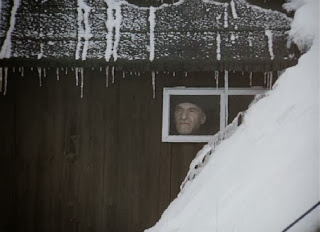 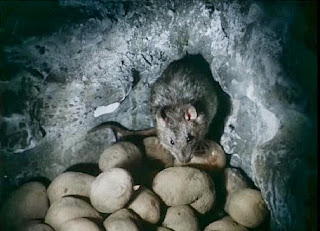 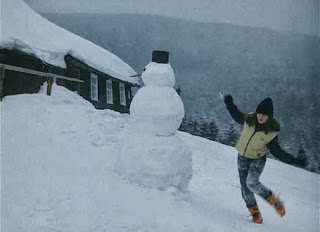 Each teenager has been specifically chosen for this experiment to create a microcosm of human life and human vice for the aliens to toy around with. Petr (Frantisek Stanek) is the prideful former gang member who's just recently gotten out of prison and tries his best to hide a tattoo that says "Killers" on his forearm. Gitka (Rita Dubosová) is the defensive, immature daughter of gypsies who the rest of the kids seem to look down upon almost immediately. Honza (Jan Bidlas) is an addict who sneaks along a vial of pills to get him through the week. Alan (Petr Horacek) is a chubby brat whose father tried to pay off the staff to work him extra hard. Linda and Lenka (Irene and Hana Mrozkova) are codependent twin sisters; one of whom is deaf but doesn't want anyone to know out of fear of judgment. Many of the others are there clearly because they're "normal" and well-adjusted. The aliens attempt to manipulate the seemingly simple scenario as best they can and each of their moves (including starving them, over-working them and breaking their morale), are designed to cause tension, paranoia, desperation and eventually hostility within the group. 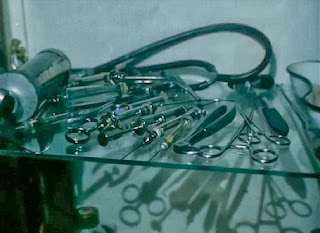 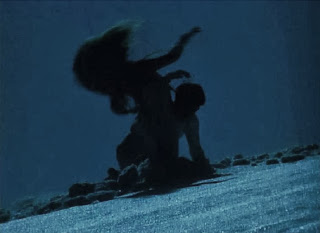 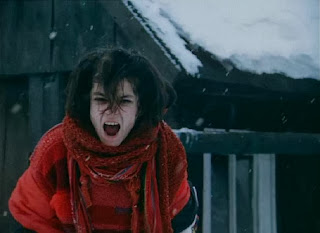 The aliens - who are immortal beings - have chosen this frigid terrain because they're extremely heat sensitive. They confiscate all matches and lighters immediately, though hilariously let one of the boys keep a pistol-shaped lighter because they think it's only a gun. When the aliens get overheated, they run outside and start wildly flailing around in the snow to cool off, and claim their main objective is to take control of the planet because they need a new home. These characters can be viewed as just extraterrestrials or, if you're more pensive, representations of governments, religious movements or other corruptive, powerful bodies throughout history who've maintained control of the "common man" by effectively turning us against one another. This doesn't just echo the director's real-life tribulations dealing with the oppressive nature of communism in her home country, but it's a universal message for all people in all countries at all times. Here in the U.S. for instance: encouragement of blind patriotism and a 'sports-like' mentality concerning political matters (always vote for your "team" regardless of the platform, right?) and the constant stoking of racism, xenophobia and homophobia. The aliens have been made immortal because this technique itself is immortal. It'll never die, it always works and we always seem to fall for it. 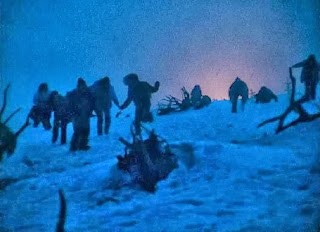 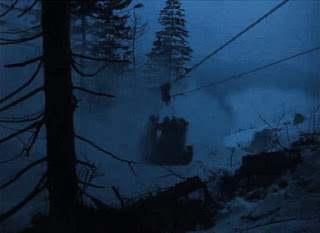 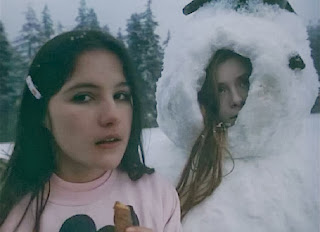 With a flexible and intriguing premise open to interpretation in place, this also turns out be a rather original and effective study in human nature. How apt the teenagers are to turn on and ostracize one another at the drop of a hat is at the forefront of its theme; though once the aliens reveal themselves, the kids interestingly decide to stick together despite their differences. They are even given the option of selecting just one member of the group to be killed so all the rest can live, but almost no one goes along with it. Chytilová chose to end her film on an optimistic, hopeful note.

The sense of isolation is pulled off extremely well thanks to great shooting locations, the camerawork is good and most of the cast - consisting almost entirely of amateurs (many of whom never acted again after this) - give effective performances. There are no special effects aside from reverse shots of melting ice reforming, though thanks to the weird facial expressions and behavior of the actors playing the aliens and a bizarre soundtrack, this film doesn't need them.

Though a fixture on Czech TV for many years, Vlci bouda (easily one of the best genre films from a female filmmaker I've yet seen) has never been officially released here in America. A version with English subs has however cropped up in cyberspace and it's worth looking for.

Wow! What an informative review! I didn't know anything about this film now I want to see it. I'll have to check cyber-space!

knowing chytilova from DAISIES, i went in expecting something less straightforward in terms of style/technique. stays super compelling after the aliens drop their guard, and the "all for one..." pay-off in the last five minutes really kicks it up another notch.

I've been meaning to check out another of her films but it hasn't happened yet. One day!