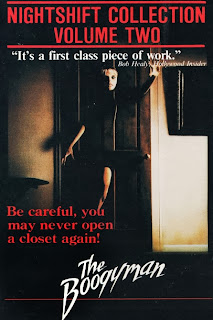 
Movies with the name Stephen King attached to them were flying off video store shelves like hotcakes in the 80s, so some wily distributors got their hands on some student / independent short subjects based on the author's work and released several videos to cash in on the craze. King himself had offered up his stories to amateur filmmakers for a mere $1, "...as a way to give back a little of the joy the movies had given me." The resulting shorts would go on to be referred to as his "dollar babies." As part of the deal, a copy of the finished work was to be sent to King and none of the films were to be sold for a profit or screened theatrically without the author's permission. As a result, only a small handful of these actually made it out to the masses. Schiro, a student at NYU who took a stab at King's story "The Boogeyman" as his graduate thesis and didn't go on to do much else afterward outside of editing TV shows, was from all indications the very first "dollar baby." He also became one of only a select few whose effort gained nationwide distribution when it ended up on the tape Stephen King's Night Shift Collection, where it was paired with Frank Darabont's euthanasia drama The Woman in the Room (1983); King's personal favorite of all the shorts. A second Night Shift tape contained Disciples of the Crow; an adaptation of "Children of the Corn" shot in 1983 by John Woodward. Of these early shorts, the three aforementioned titles are apparently the only ones King had enough faith in for people to see. Other early shorts, including I Know What You Need (1984) by Rik Joel Carter, Last Rung on the Ladder (1987) by James Cole and Dan Thron, The Lawnmower Man (1987) by Jim Gonis and Cain Rose Us (1989) by David C. Spillers, may have a place on King's shelf but remain mostly unseen by others. 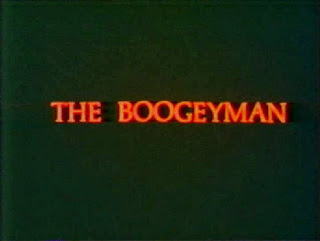 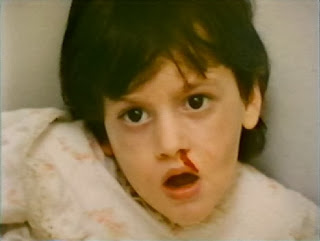 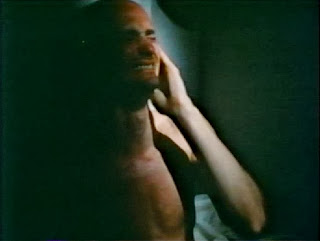 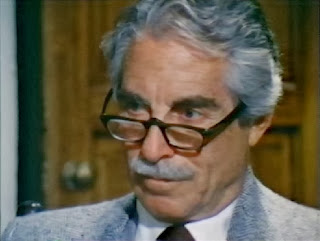 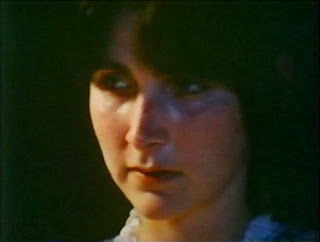 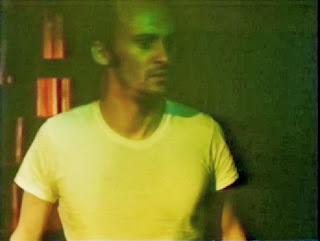 Lester Billings (Michael Reid) is having a hard time keeping his family together. Well, actually, he's having a hard time keeping them alive. As the film opens, he's just discovered the body of his 4-year-old daughter Shirl in the bathtub. Not long before that, his 5-year-old boy Denny was found dead in his bed. Policeman Sgt. Garland (Terence Brady) shows up to investigate but can't get anything out of Lester or his useless wife (Mindy Silverman), nor can he really prove Lester or anyone else for that matter had any involvement in either of the deaths. The coroner's report for both has written them off as crib deaths and each was found with a contusion on their head, but that's not enough evidence for a conviction. Lester goes to see psychoanalyst Dr. Harper (Bert Linder) and finally lets the cat out of the bag and tells him everything he couldn't tell the police; namely that both of the children had actually encountered the Boogeyman, who came out of the closet late at night and killed them. Is the erratic, paranoid, unhinged-acting Lester, who's prone to bouts of anger, actually an insane child murderer... or did the Boogeyman really do it? 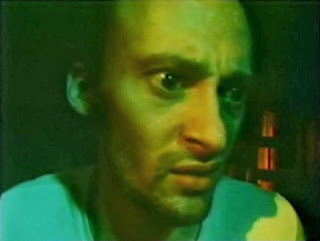 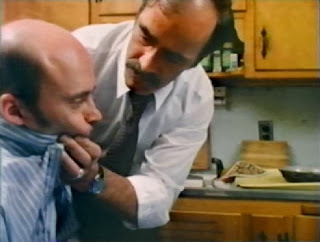 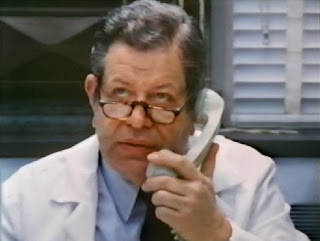 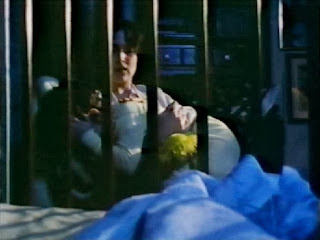 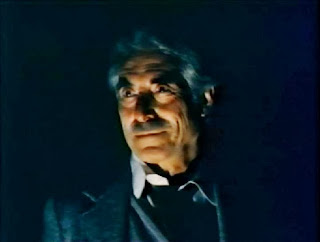 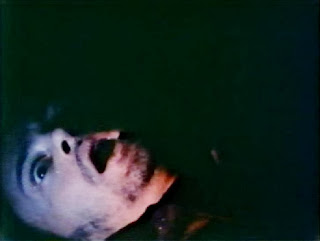 This is easily my least favorite of the three early King shorts I've seen thus far. The sound design is pretty good, but the editing, photography and lighting are poor, the overbearing synthesizer score gets to be pretty annoying and the acting ranges from flat and wooden to histrionic and over-the-top. Reid's central turn as the disturbed father would have benefited a bit from more shading and nuance, though it's unfair to really blame him since the role is written that way. Now all of these debits would have been OK had this actually gone somewhere interesting, but it doesn't. The resolution is so poorly done and edited that it doesn't even really provide a concrete explanation, though I just assumed it was intended to stay faithful to the source story. The Boogeyman was shot on 16mm on a budget of 20,000 dollars and runs 28 minutes. The same story would be filmed multiple other times. Actually, there are currently three different versions listed on IMDb for just 2013 alone!