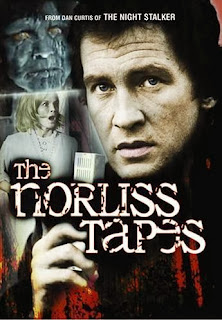 
The Norliss Tapes was the feature-length pilot episode for a proposed TV series that was never picked up by original broadcaster NBC. I have no clue why this never made it to series (the premise is certainly promising enough), but it probably just boiled down to poor or mediocre Nielsen ratings. After all, this was released not long after the Curtis-produced THE NIGHT STALKER (1972) made history as the highest-rated TV movie of all time and its follow-up, the Curtis-directed THE NIGHT STRANGLER (1973), likewise pulled in impressive enough numbers to prompt the short-lived series Kolchak: The Night Stalker (1974-75). Roy Thinnes, who appeared in made-for-TV terror flicks THE HORROR AT 37,000 FEET (1973) and Satan's School for Girls (1973) the same year, stars as eccentric writer David Norliss. A year prior to when the story begins, he was given an advance by his publisher, Sanford Evans (Don Porter), to write a book about the commercial aspects of spiritualism and the occult. In other words, he set out to debunk the supernatural and expose phonies who bilk millions of dollars from naive suckers each year in various scams. During a brief phone conversation, David informs Sanford that his research has taken a dangerous and unexpected turn. He claims he can no longer write the book but has recorded some of his findings onto audio tapes. After David doesn't show up for a business lunch and isn't heard from in a week, Sanford goes to his home only to find the door wide open and David nowhere in sight. He has, however, left behind a series of tapes. Sanford grabs one labeled "1" and pops it in for a listen, which is the story that makes up the bulk of this movie. Thinnes stars in and narrates the tale, and one would assume the series would continue along these lines with tapes 2, 3, 4, etc. telling new supernatural horror stories if it had been picked up. 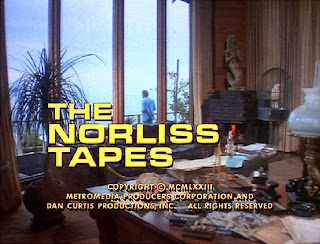 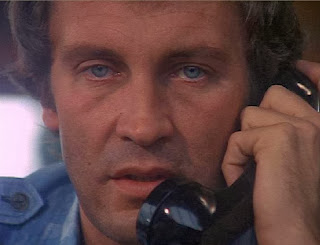 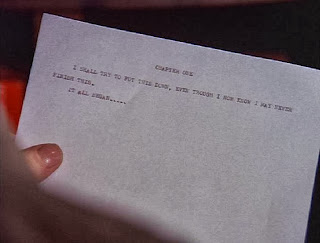 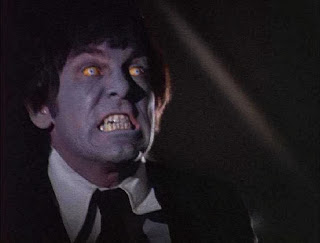 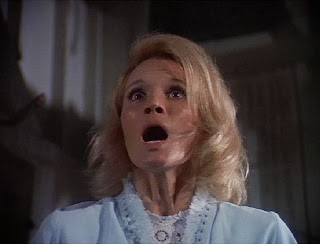 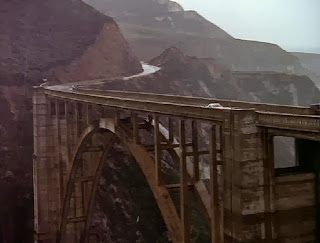 On Tape #1 is a case concerning recent widow Ellen Sterns Cort (Angie Dickinson), who's just inherited a sizable fortune from her recently-deceased husband Jim (Nick Dimitri); a famous, reclusive sculptor stricken with crippling Pick's Disease. Late one night while investigating a noise, Ellen makes a shocking discovery in her late husband's studio: him. Now sporting a grey-blue face, blue-and-yellow eyes and exceptional strength, Jim kills their dog with his bare hands before Ellen shoots him with a rifle. She's flees and calls the police. When they show up, they find the dog but no husband. Naturally, no one believes her story about what really went down, especially when it's discovered that Jim's body in still at rest inside his crypt. Ellen's sister Marsha (Michele Carey), an associate of David's, has him investigate the claims. David meets up with Ellen and learns that Jim had become interested in the occult shortly before his death. In fact, he made some kind of deal with antique gallery owner Madame Jeckiel (Vonetta McGee) in exchange for a valuable Egyptian scarab ring somehow tied to Osiris; the God of Immortality. An ancient demon called Sargoth may also be involved. Meanwhile, Sheriff Tom Hartley (Claude Akins) is investigating a string of murders where each victim is drained completely of blood. 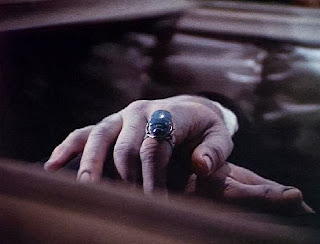 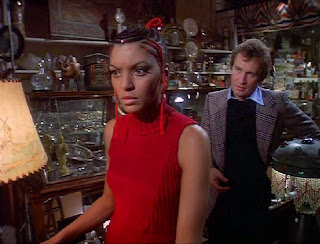 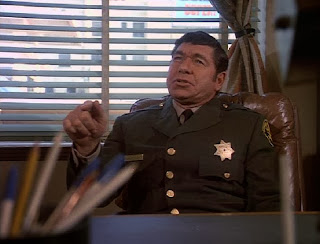 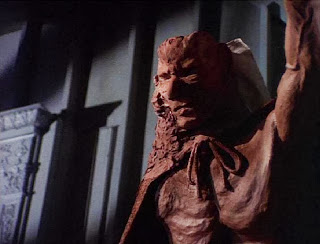 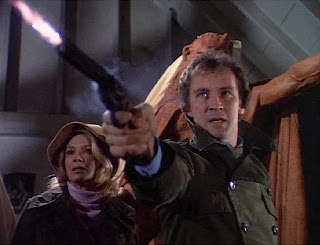 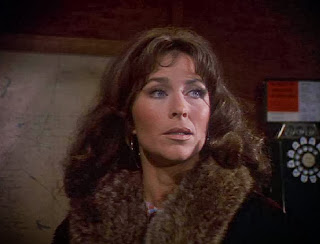 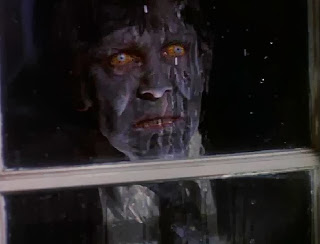 This modest production has some very good elements, as well as some not-so-stellar ones. The pacing is a real Catch 22. It frequently seems rushed; not surprising since this covers a lot of ground in a brief period of time, but it also moves along briskly enough to keep it from dragging. Some of the overly-descriptive voice-overs, attempting to capture the essence of a writer, are a bit corny, as well. You know, an overcast day turns into "a curtain of cold rain fell from a gun metal grey sky;" forests turn into "acres of lush cypress and tall pine." etc. Neither the characterizations nor the plot are much above passable and, since this was intended as a continuing series, we're not given adequate closure about the fate of David (though this perhaps works in an unintended ambiguous way). On the plus side, nice use is made of rainy Northern California coastal locations, the eye contacts / makeup design on the resurrected killer are pretty neat and, best of all, director Curtis manages to stage several highly-effective scare scenes; at least one of which is guaranteed to make most viewers jump out of their seats. So while not up to Night Stalker standards, this is still worth a look. 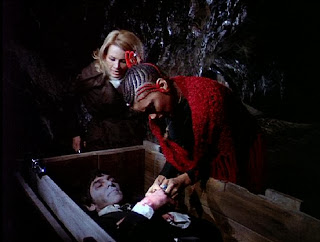 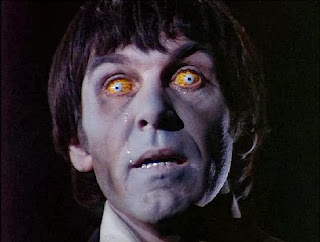 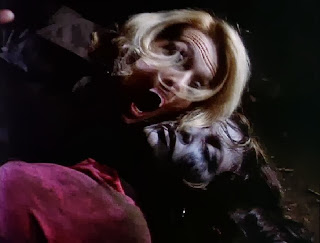 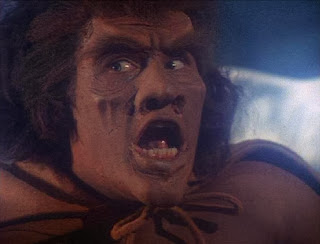 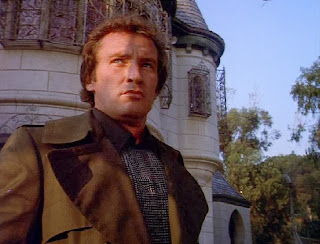 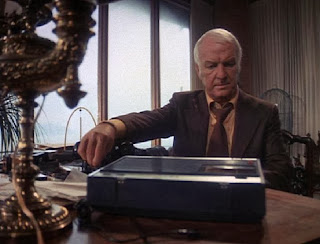 Next to impossible to find for the longest time, this is now available on DVD from Anchor Bay. The cast also includes Hurd Hatfield as an art gallery owner who unwisely attempts to steal the ring, Bryan O'Byrne as a goofy motel manager, George DiCenzo and Patrick Wright. William F. Nolan scripted from a story by Fred Mustard Stewart. Thinnes would later become one of the stars of Curtis' short-lived Dark Shadows reprisal in 1991.