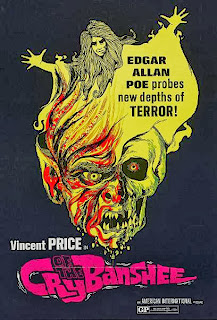 
Price had just scored with WITCHFINDER GENERAL (1968; released in the U.S. as The Conqueror Worm), so production on another witch movie with the same star began the following year in October 1969. Like Witchfinder, this also tried to tenuously link the proceedings with the writings of Edgar Allan Poe in order to cash in on the highly-profitable Poe adaptations made by Roger Corman just a few years earlier. Poe's name was splashed all over the posters (some even attributed a false quote to him) and it begins with a quote from Poe's "The Bells" ("In the startled ear of night, how they screamed out their affright! Too much horrified to speak, they can only shriek, shriek, out of tune...") but in actuality this film has almost nothing to do with the author's work. Director Gordon Hessler (who'd previously made the Price films THE OBLONG BOX [1969], another film very loosely based on Poe,  and SCREAM AND SCREAM AGAIN [1969; released 1970]) wasn't pleased with the initial script written by Tim Kelly, so he brought in Christopher Wicking to re-write the entire thing, though both men receive billing in the credits. The music score by Wilfred Josephs was also rejected by Hessler and had to be replaced by a new one composed by Les Baxter. 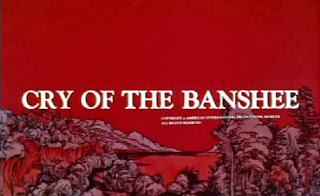 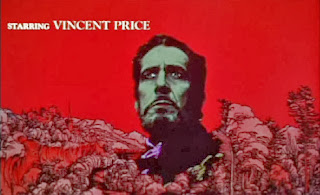 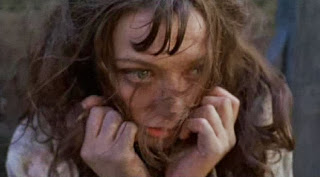 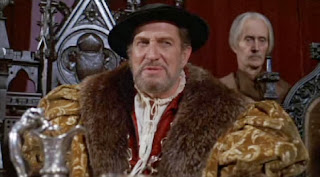 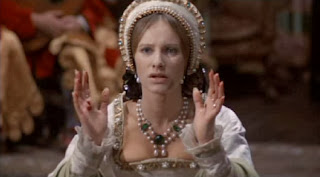 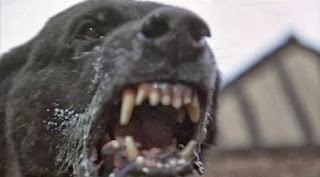 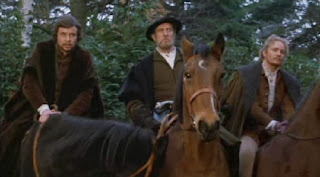 In 16th Century England, Court of Common Pleas magistrate Lord Edward Whitman (Vincent Price) is overseeing the convictions, torturing and executions of witches supposedly spreading evil in the area. Just like Matthew Hopkins character in Witchfinder, Whitman is clearly just in it for his own sick pleasure. He has a young woman branded with a hot iron ("H is for Heretic!"), whipped through the streets and then secured in the village square on a rack where superstitious townspeople pelt her with rocks. While holding a lavish feast, he has the children of a dead convicted witch entertain him and his guests before killing both. Edward has recently taken a much-younger wife, Patricia (Essy Persson), who disagrees with what's going on and calls him a murderer. She's banished to her room where her stepson Sean (Stephen Chase) rapes her and she begins going mad. Alex has two other children with his first wife; Harry (Carl Rigg), who's just arrived back home from his university studies, and Maureen (Hilary Dwyer), who refuses to take part in all the witch stuff and is more interested in her romance with Roderick (Patrick Mower). Roderick was found as a little boy wandering in the woods, had been adopted into the Whitman home and has a strange calming effect on man and animal alike that may have something to do with an ancient medallion he wears around his neck. Father Tom (Marshall Jones) believes Roderick may actually be descended from witches but he's quickly silenced. 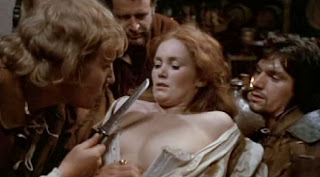 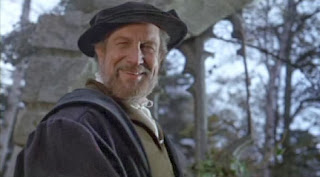 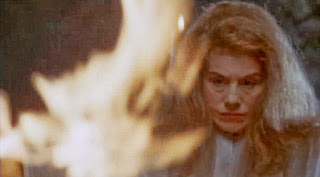 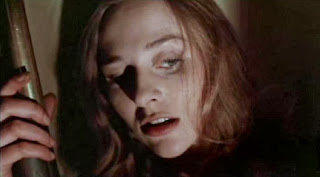 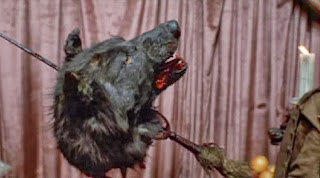 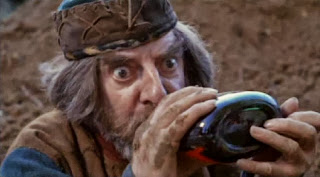 A constant howling is heard through the woods, which Edward attributes to wolves or injured dogs. Others - including Patricia - believe it's a "banshee" and the entire Whitman family is cursed to die. Sean, who uses his stature as the magistrate's son to terrorize and harass the villagers and defile the women, discovers servant girl Maggie (Quinn O'Hara) is in possession of charms and gets her to rat out a supposed real witch named Oona (Elizabeth Bergner). Alex and his soldiers descend on Oona and her barely-dressed young followers and slaughter half of them as a warning for them to stop their ways. Oona proceeds to curse Edward, his flesh, his blood, his wife, his children and his house, while praying to Satan to send "an avenger" to come and kill off the Whitman family. The rest plays out in a pretty predictable fashion. Oona gathers her surviving followers in a secret location underneath a cemetery and starts chanting and poking voodoo dolls. Sean is killed by something and villagers, thinking it's a demon dog, hunt down a rabid dog and kill it. Patricia begins to lose her mind and is slain and others in the Whitman family start being targeted. At the same time, Roderick's mysterious lineage is coming to light. By the way, the "banshee" of the title is not a banshee as it is usually defined. 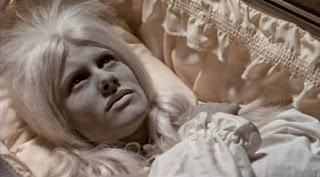 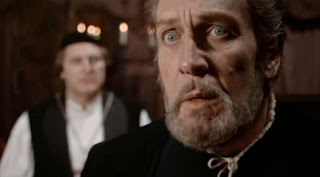 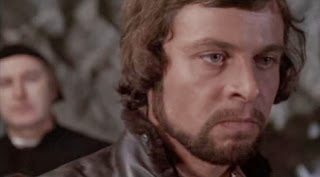 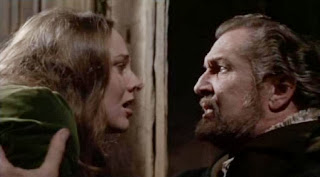 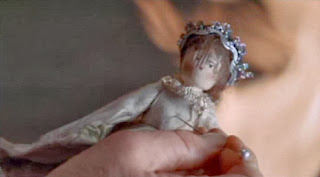 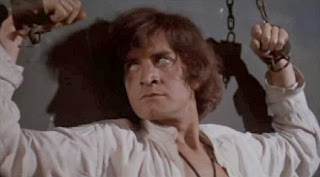 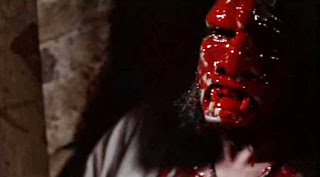 Though not great, this benefits from good costuming, art direction, acting and music, as well as an effective surprise ending. Taking advantage of the then-newfound freedom from censorship, there's lots of bodice ripping and exposed breasts, too, as well as some bloody moments. Things open with great Monty Python-style animated credits courtesy of Terry Gilliam. The cast also includes the wild-eyed Hugh Griffith as a drunk grave-digger, Michael Elphick and Andrew McCulloch as two of Edward's goons, Sally Geeson (sister of Judy) and Quinn O'Hara as witches and Stephen Rea in his film debut as a villager.