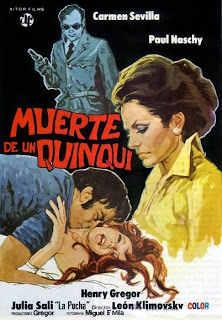 
Here's your chance to see "El Hombre Lobo" play a human monster for a change. After a jewelry store hold-up that leaves two people dead, the violent-tempered, leather-clad, childhood-trauma-victim Marcos (Paul Naschy) and his more even-keeled partner Samano ("Paco" / Francisco Nieto) flee into the streets and are picked up get their getaway driver (Pedro Mari Sánchez). The men all work for white-haired criminal kingpin run by Martin (Frank Braña) but unbeknownst to his brothers-in-crime, Marcos plans on selling the jewelry to someone else. He learns the potential buyer he's lined up won't have the money for an entire month, so he decides to flee town and hide out until the two can make their exchange. Before he takes off, his girlfriend Isabel (Eva León) shows up and he insists he take her with him. He calls her a cheap slut and she makes the grave mistake of calling him a "son of a bitch." You see, Marcos is something of a mama's boy and keeps his dead mother's framed picture at his bedside; talking to it and confiding in it. In a burst of rage for sullying his mom's "blessed name," Marcos slaps her around, throws her to the floor and stomps on her head. The mean bastard knows how to make quite the exit. 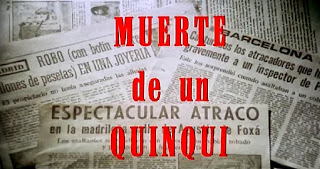 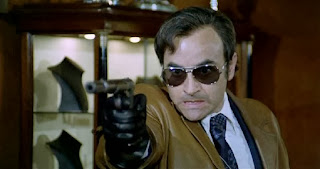 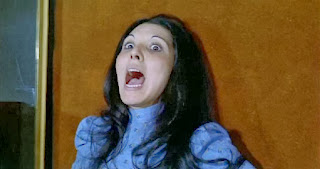 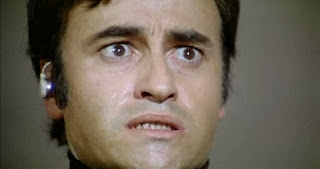 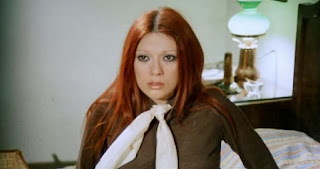 With Isabel in a coma (she'll later die from the attack and be unable to help in tracking him down) and both the police and members of the criminal underworld searching for him, Marcos flees to a small village he'd lived in 5 years earlier. After shooting two motorcycle cops who start trailing him, he shows up at a tavern run by his ex-wife Irene (Mabel Escaño), whom he abandoned along with their young son. Irene isn't too happy to see him (she's since remarried Raphael [Lorenzo Robledo] and moved on with her life), but she agrees to hook him up with a hiding place if he agrees to get out of her life for good. Luckily, a couple; Marta (Carmen Sevilla) and Ricardo ("Henry Gregor" / Heinrich Starhemberg), who own a large, isolated house in the country, are in need of a servant. Because Ricardo suffers from a debilitating spinal injury and is confined to a wheelchair, Marta and their teenage daughter Elena (Julia Saly "La Pocha") have been overloaded with work so they could really use a man around. Perfect. Marcos stashes his car and the jewelry at a abandoned old home and then moves in with the family. 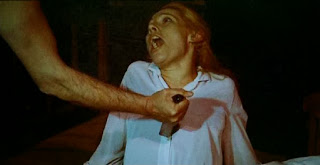 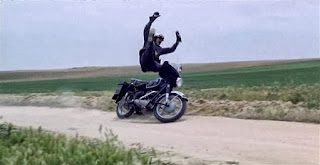 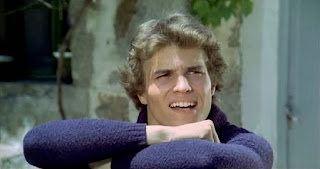 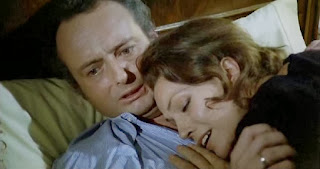 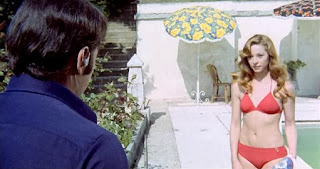 Marcos has frequent childhood flashbacks that attempt to explain his behavior. As a young boy, he caught his father in bed with a hooker so dad hit him over the head (causing to him to be deaf) and then stabbed his mother to death in a rage. But Marcos is not the only one with psychological issues. Lonely and frustrated Marta hasn't had a minute of happiness since her husband crippled himself after falling off a horse six years earlier. Full of bitterness over the accident and a terrible attitude to boot, depressed Ricardo is paranoid and distrustful of any man in the house and cannot perform sexually for his wife ("I'm a wretch of a man... a sorry impotent!"). He's also made sure his daughter - who still sleeps in a room full of baby dolls - has maintained her virtue into womanhood and hasn't had a chance to live a normal life or date boys. Marta's long overdue for some passion, just as Elena's long overdue for her sexual awakening. Thankfully for them, Paul Naschy scripted this (using his real name Jacinto Molina Alvarez), so nearly every attractive female in the film finds him irresistible. At least in this particular scenario - unlike in many of his more traditional horror flicks - it somewhat makes sense. Martin and his hoodlums eventually track Marcos down and lay siege on the home, which results in a few shootouts and many people dying. 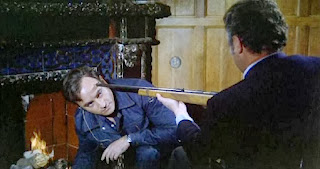 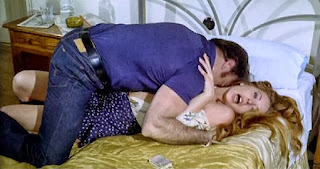 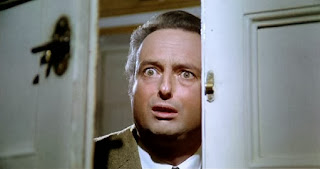 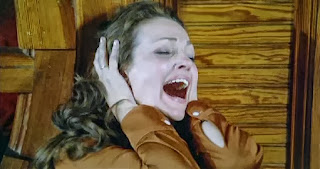 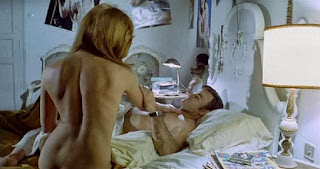 I've seen this title listed on Naschy's horrorography numerous times, but it's actually mostly a straight drama with some bloody moments and various psychological unpleasantries. The story seems too familiar and is ultimately predictable, but the acting isn't bad, it's well-made and entertaining and the tension is nicely ratcheted up before the violent finale. It was one of many Naschy / Klimovsky collaborations. The two had also paired up for THE WEREWOLF VS. THE VAMPIRE WOMAN (1971), Devil's Possessed (1974) and The People Who Own the Dark (1976). Co-star Starhemberg (who'd previously starred alongside Naschy and León in the very bizarre THE PASSENGERS [1975]) was a wealthy real-life Austrian Prince whose family permanently relocated to Spain when Nazis were closing in on their country during WWII. He went on to act in and sometimes financially back a handful of movies; including three others for Klimovsky. Though not blessed with movie star good looks (then again, neither was Naschy), he's actually not a bad actor. 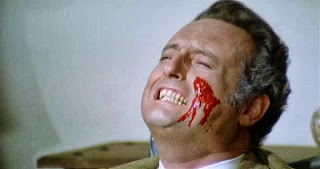 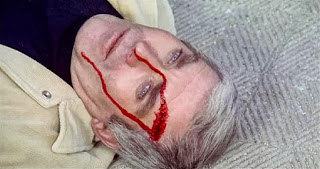 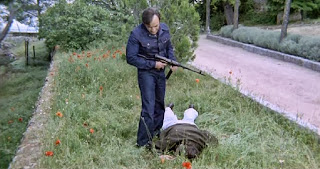 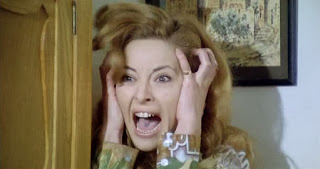 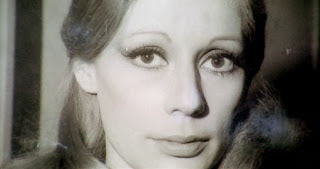 Never released in America (either theatrically or on a home viewing format), Death of a Hoodlum is an OK view for Naschy completists but I wouldn't go too far out of my way to see it. Both he and the director have done better.