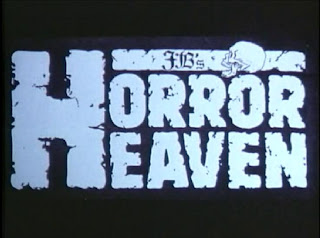 
German director Jörg Buttgereit would become pretty notorious in horror circles for such gritty, stomach-churning flicks as the necrophile shockers NEKROMANTIK (1987) and NEKROMANTIK 2 (1989), the poetic death documentary THE DEATH KING (1990) and SCHRAMM (1993), which was based on several real-life serial killers. Before any of those, he cut his teeth doing what many other directors do: making amateur shorts with his friends. This is a collection of some of those and all but one are light-hearted, goofy spoofs unlike the director's graphic and disturbing later feature films. It runs just 23 minutes and is dedicated to Boris Karloff. Buttgereit himself - sitting in a black room with candles, skulls and a black cat on his lap - opens things with an introduction, telling us "I have dug up a few major movie treats from my film archive." He also pops back in between all of the segments to introduce what we're about to see. First up is the very short black-and-white "Die Mumie" ("The Mummy"). A mummy awakens from a centuries-long slumber and is after the reincarnation of his lost love. He snatches up the girl, then gets into a fight with two guys wearing boxing gloves who call him a "stiff blockhead" and beat on him till he dies and dissolves into a skeleton. The end. 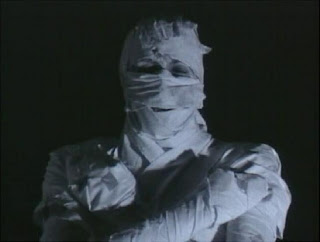 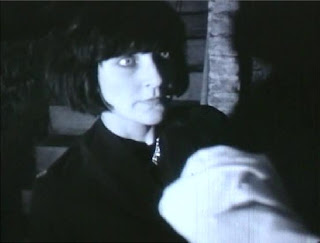 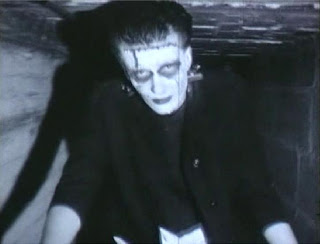 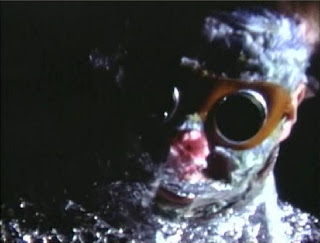 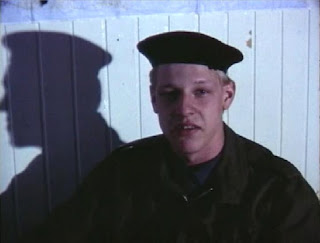 The next segment is "Frankenstein," also black-and-white, where Dr. Frankenstein and his hunchback servant Fritz get to work reviving their creature with electricity. It chases a woman, strangles Fritz, demands the doctor create him a mate and then blows up the castle because his bride is too ugly. Next up is "Die rache der Mumie" ("The Revenge of the Mummy"), which is basically just the mummy beating up a guy wearing boxing gloves. "Captain Berlin gegen Hyxar" ("Captain Berlin versus Hyxar") is a color super hero spoof with the hero going up against a bounty hunter alien wrapped in aluminum foil. He sprays whipped cream on it and then stuffs it in a box. The next short is a GODZILLA spoof "Gazorra die bestie aus dem erdinnern" ("Gazorra: The Beast from the Depths of the Earth"). At a nuclear power plant creating a toxic chemical called "hydroxynometaline," a toy giant lizard monster rises from the Earth and faces off against the military. After destroying some toy tanks and part of a toy town, the Commander (played by the director) sends out his top secret weapon, a giant toy "combat robot" to defeat the monster. When all else fails they just drop an atomic bomb. 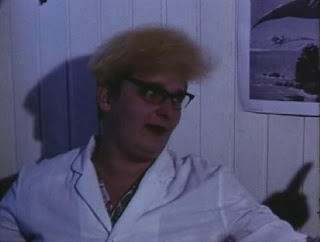 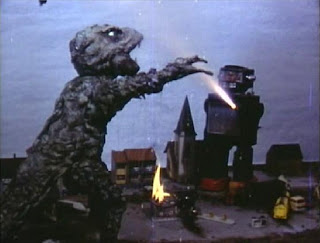 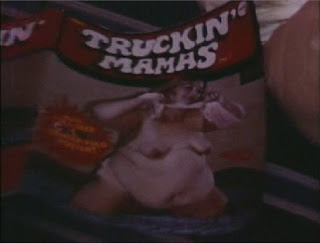 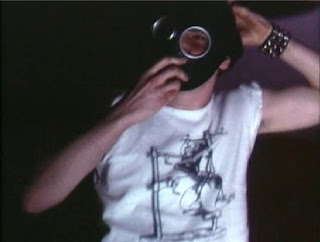 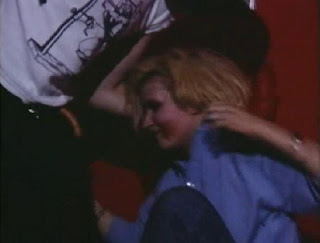 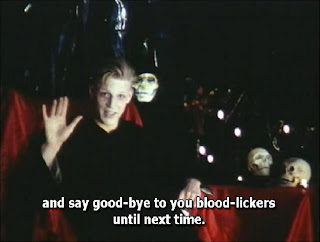 "Cannibal Girl" concludes things and is more along the lines of what the director would later be doing. A punk sex-offender named Bruno drags a girl back to his apartment, shows her the stitches on his hairy ass (which makes her puke), puts on a leather mask and then whips out his dick (which is clearly just a hot dog) and tries to force her to give him a blow job. Instead, she bites it off and pukes again. The end.

Basically, Horror Heaven is just a collection of the director's home movies and it will be of interest only to his diehard fans; and even many of them might not even be interested in watching this. The GODZILLA spoof, which features some very crude stop-motion animation and some knowing winks at those movies, is easily the best of the lot. No slight on Buttgereit, though. He's very talented and his other movies are worth watching (granted you have a strong stomach).