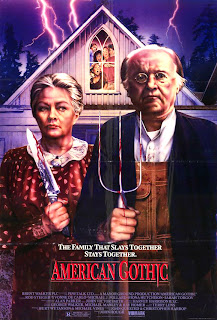 
Despite the fact most critics blasted this twisted horror-black comedy, lots of people still watched it because it had one of the most memorable posters (a demented play on the famous Grant Wood painting) of its day. Traumatized after the death of her baby in a bathtub drowning accident, Cynthia (Sarah Torgov) has had to spend a little time in a mental hospital. Now recovered (well, sort of), Cynthia's husband Jeff (Mark Ericksen) decides to take her on what he assumes will be a relaxing weekend camping trip to a picturesque island somewhere off the coast of Seattle. They, along with two other couples; the bitchy Lynn (Fiona Hutchison) and her boyfriend Paul (Stephen Shellen), and Rob (Mark Lindsay Chapman) and his girlfriend Terri (Caroline Barclay), load up Jeff's airplane and head out. An electrical burnout force them to land on an unknown, uncharted island instead, where Jeff soon discovers he's unable to fix the plane. Leaving Paul behind the watch over their things, the other five head inland to see if they can find any help and stumble upon an old house whose decor seems trapped in the 1920s. We're talking phonographs, issues of the Saturday Evening Post and pictures of Mary Pickford and other silent era movie stars adorning the walls old. And as the stranded travelers will soon realize, the home isn't the only thing that seems trapped in time. 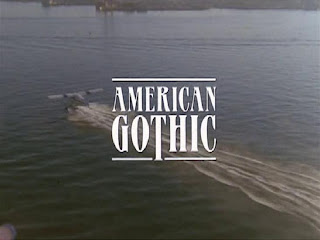 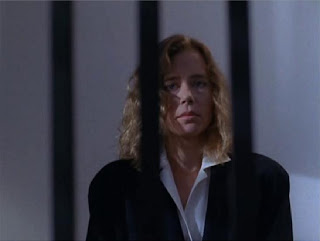 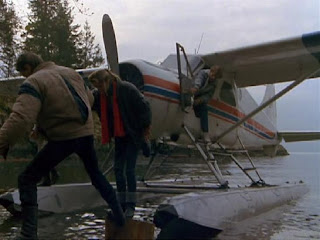 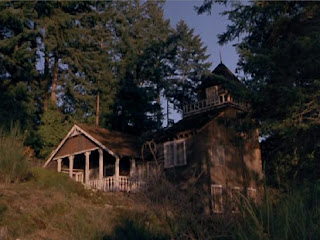 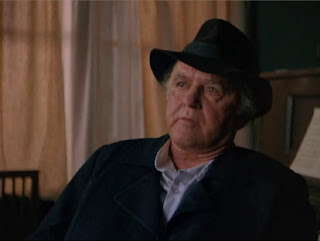 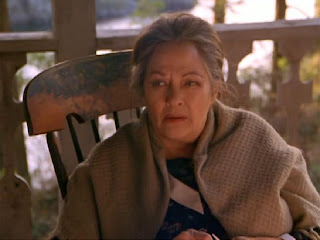 A elderly couple (Rod Steiger and Yvonne De Carlo), who insist on being called just Pa and Ma, show up. Ma wonders if they know any of the new dances, such as the Charleston, and expects everyone to join the clean plate club during dinner. Pa isn't quite as friendly, quotes bible passages, doesn't believe in any modern "contraptions" such as telephones, gasoline, automobiles or electricity, chews out one of the girls for smoking (a very unladylke habit, he thinks) and demands that there be no "devil's play" (unmarried couples sleeping in the same bed) if they're going to be staying. They also meet Pa and Ma's child-like daughter Fanny (Janet Wright), a clearly mentally-distrubed 50 year old who claims her 12th birthday is coming up and doesn't want anyone to disturb her (mummified) baby. Two middle-aged "boys;" the juvenile and mischievous Woody (a perfectly cast Michael J. Pollard) and the chubby and perverted Teddy (William Hootkins), pop in to complete the warped family. Clearly weirded out by that freak show but stuck at the moment with no other option ("Pa" claims help will be on its way), the travelers have no real choice but to spend the night. And then they start disappearing one by one... 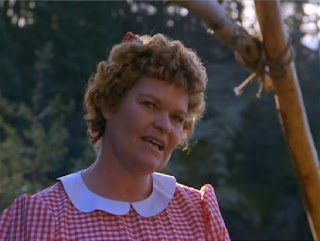 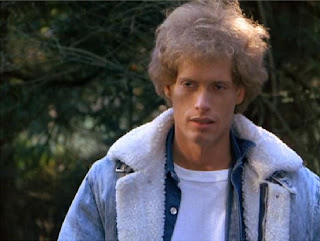 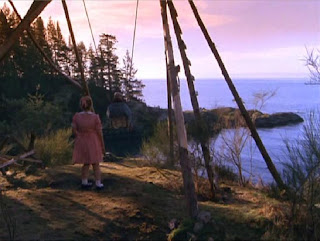 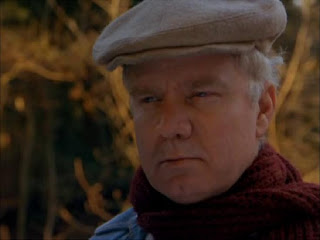 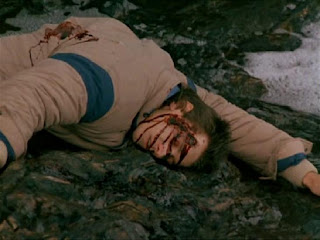 As it turns out, the entire family are psychos who stay together by slaying together. Ma refers to killing as a "chore," Pa claims to have "beaten" his religious teachings into his kids and there's a good reason Pa doesn't want anyone to go down into the cellar that has nothing to do with it being as cold as the grave down there. During the most memorable bit, Fanny and Woody trick one of the guys onto a swing, cut the ropes and send him flying over the rocky embankment. The other murders - death by jump rope hanging, an eye gouging, a neck getting snapped, a wash tub beatdown and killings with axe, scythe, knitting needles and shotgun - might not boast the originality of the swing murder but at least provide us with some variety. There are flashbacks and some tasteless scenes featuring incest and necrophilia. Already on the verge of insanity because of the death of her child, Cynthia eventually snaps once all of her friends are dead and gets adopted into the family. 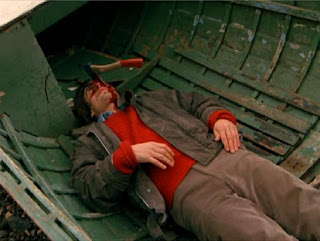 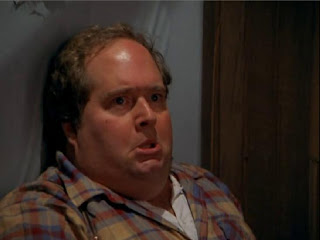 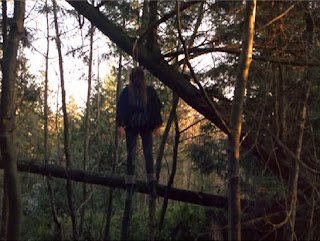 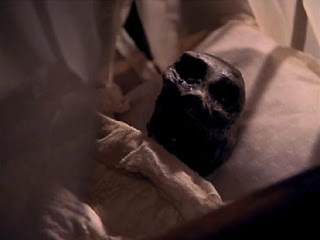 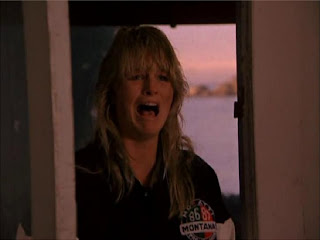 De Carlo essays the matriarch of the clan about right, playing her role mostly straight with just a slight tinge of camp on her dialogue delivery, but Steiger goes directly for the ham. His performance here isn't as bad as his performance in THE AMITYVILLE HORROR (1979), but it's pretty much along those same lines. He beats his son with a stick after catching him molesting a corpse while screaming "In the name of God!" over and over again, laughs like a deranged Woody Woodpecker and has a hilariously over-the-top anguished meltdown at the end where he yells, cries, shakes, clenches his fists and drops to his knees renouncing God. If you've seen Pollard in anything else, you've pretty much seen the same performance he gives in this one. Despite the bigger names in the cast, the movie is actually stolen by little-known actress Wright as the childish and sensitive Fanny. She's clearly the best thing here, though apparently the marketing department didn't think so: her name isn't on the poster or in the opening credits for the film. 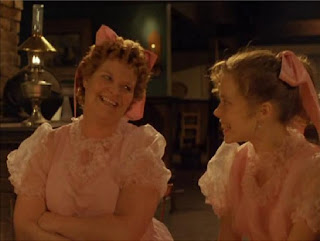 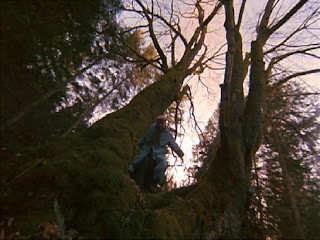 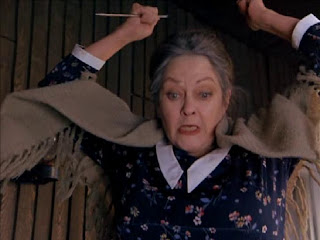 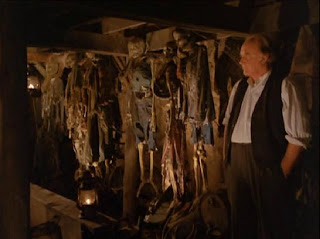 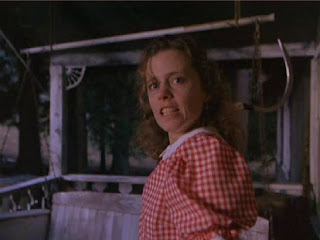 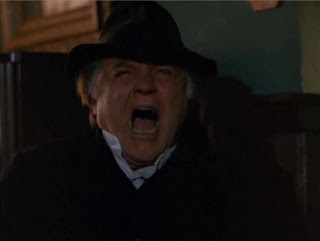 British director John Hough was a genre veteran by the time this one was made. His contributions to the genre ran the gamut from the very good (1973's THE LEGEND OF HELL HOUSE) to the awful (1988's HOWLING IV: THE ORIGINAL NIGHTMARE) with lots of middling and forgettable in between. He also made the lesbian vampire flick TWINS OF EVIL (1971) for Hammer Studios, the big budget Disney production THE WATCHER IN THE WOODS (1980) and the lamented THE INCUBUS (1981). Gothic certainly isn't a masterpiece, but weighing the good and bad - and trust me, there is plenty of both to be found here - it's pretty entertaining. A British / Canadian co-production; nice autumnal outdoor locations in British Columbia were utilized.