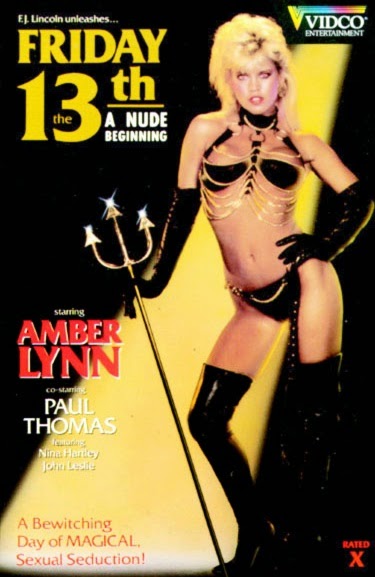 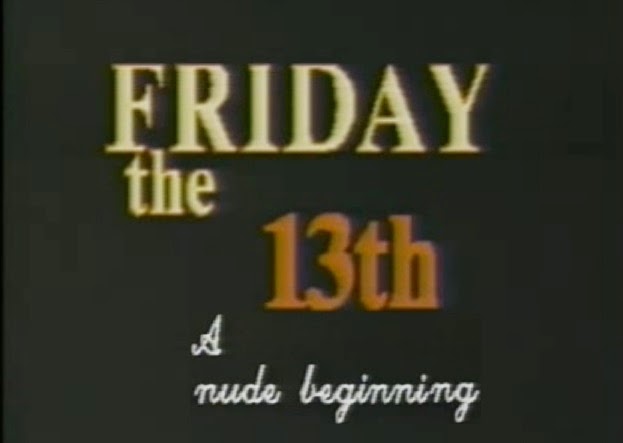 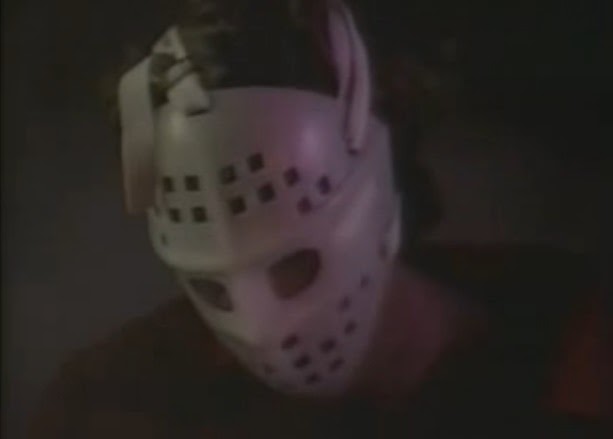 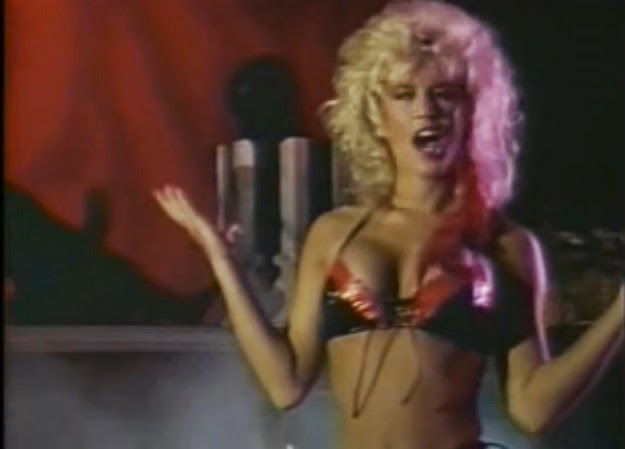 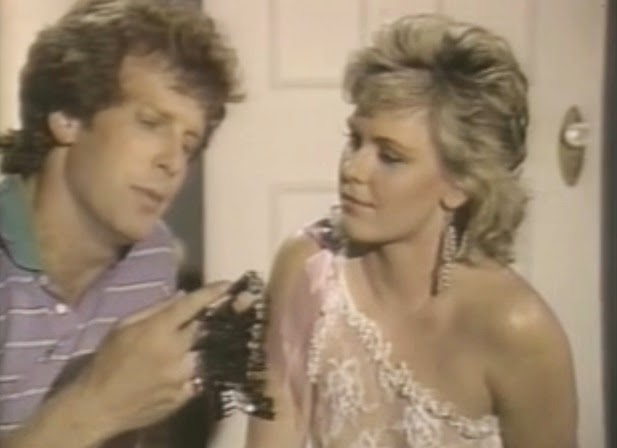 This one starts in hell, which, in non-Sayadian porn terms basically means a large room with a fog machine going and excessive red lighting, where Jason keeps busy cutting up pictures with scissors. A bikini-clad female demon named Justine (Amber Lynn) shows up to mock him and the two get into an argument after he accuses her of being jealous. Jason then whips off his hockey mask to reveal himself to be Paul Thomas. Yes, just Paul Thomas. Eager to show Justine his special powers, he snaps his fingers and promptly disappears. Next thing we know we're in a bedroom with Fred (Mick Handle) and his bride-to-be Patti (Alena Ferrari). She's wanting to save her virginity for their wedding day and promptly kicks him out when he starts getting frisky. Soon after, best man Jason shows up to seduce her and give her "your last fling with freedom before the bonds of marriage shackle you in forever." After sex, Jason returns to hell to brag about breaking up the marriage and eats a bug. Justine isn't impressed and decides she is going to one-up him by going up to Earth to do her own corrupting. 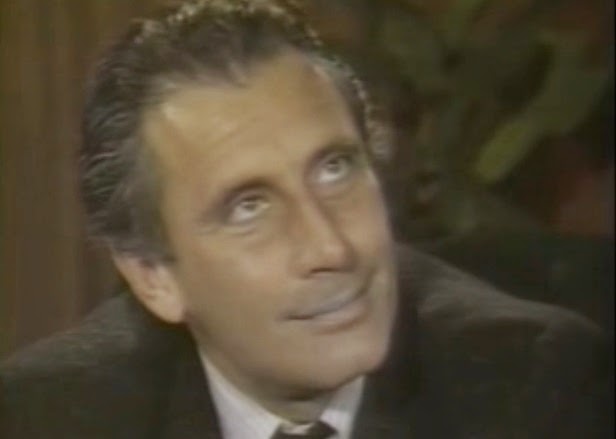 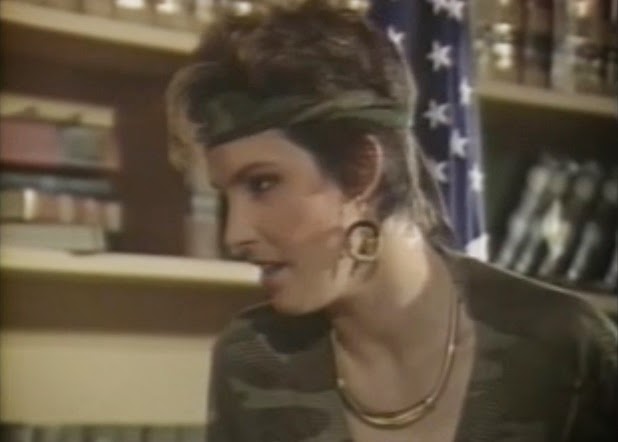 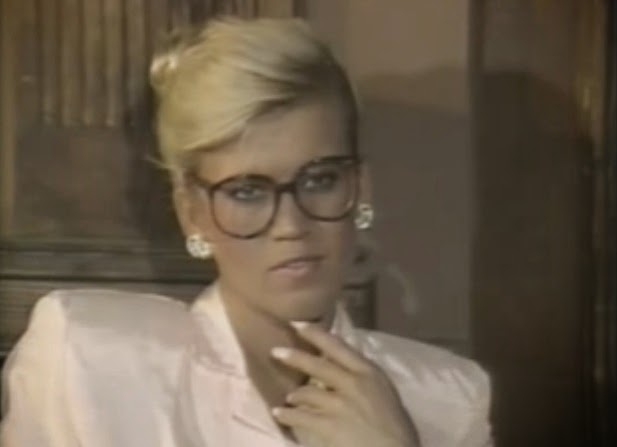 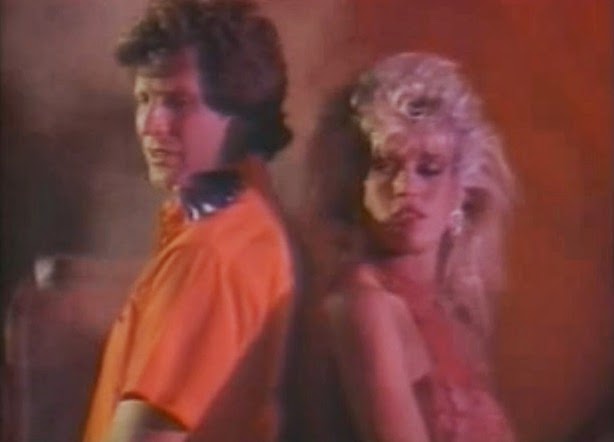 We're next in the oval office, where the President of the United States (John Leslie) is talking to a Colombian guerrilla (Nikki Knight) dressed in camo short shorts. She thinks that coffee is "the drink of the fascist oppressors" and wants him to supply her band of revolutionaries with arms to overthrow their government. Justine, posing as the president's secretary, uses her powers to make them come to an, um, agreement. Returning to hell, Justine finds that Jason is unimpressed. After all, politicians don't have a soul so big deal if she was able to turn him to the dark side. He then gives her what he thinks will be an ever greater challenge: corrupting "a holier than thou evangelical preacher." The target is Reverend Jimmy Braggart (Joey Silvera) and, disguised as a nun, the demoness finds seducing him much easier than she realized. 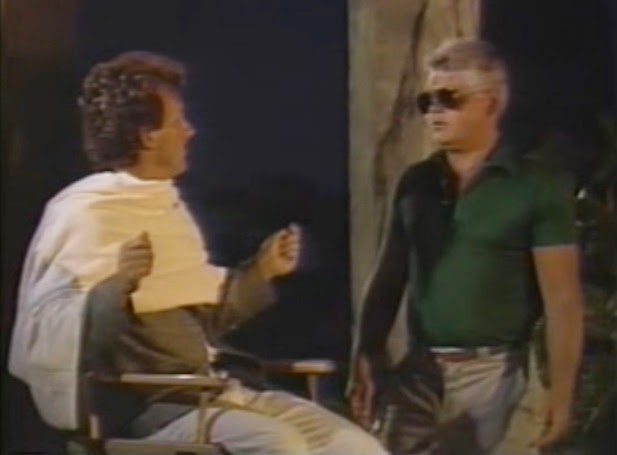 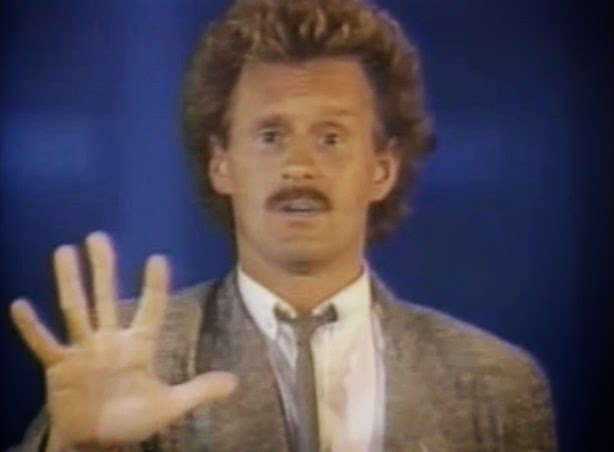 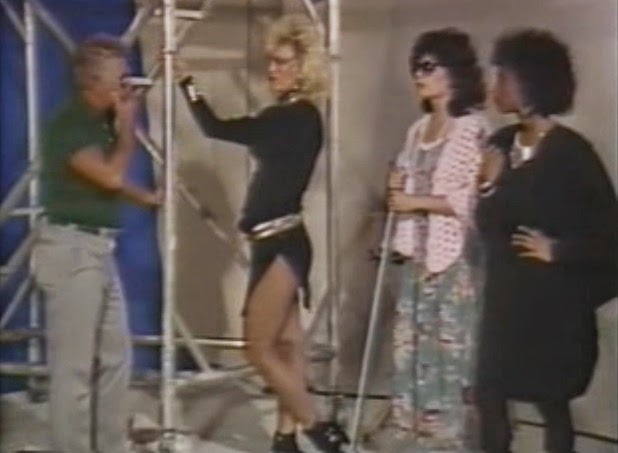 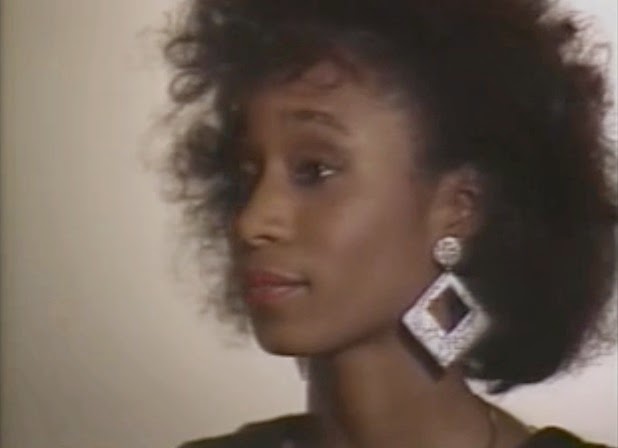 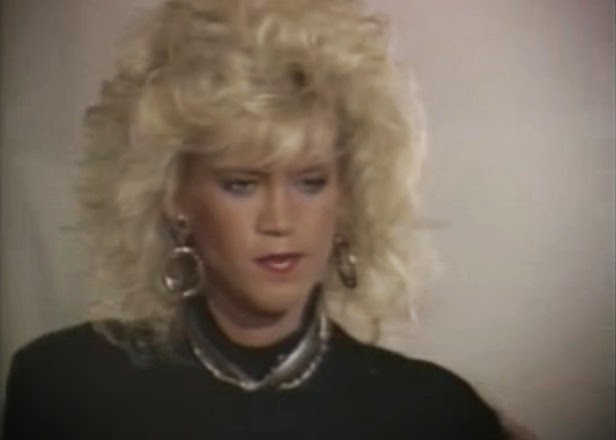 Jason decides that to really prove herself, Justine will have to cause the Reverend to commit sin on live television during his Sunday morning show "The Jimmy Braggart Hour of God." Once Braggart's "regular fag make-up artist" is a no show, he shoves off Lawanda (Alexis White), the black woman doing his makeup, and screams at his producer that he "never wants to be touched by a spook again." One of the scheduled guests doesn't show up, so Olga (Paula Winters), a blind Russian communist with breast cancer (!), is waiting in the wings to take his place. When Olga asks if the Reverend is handsome, Lawanda says, "I don't know. I'm a lesbian nymphomaniac." Justine then does her magic thing and The Reverend, Lawanda and Olga are all going at it before the cameras as Amazing Grace plays on the soundtrack. It's at this point I'm realizing this is far funnier, more satirical and clever than it probably really needed to be. 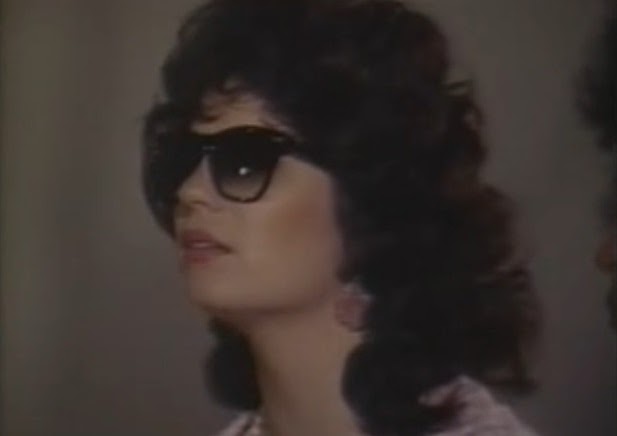 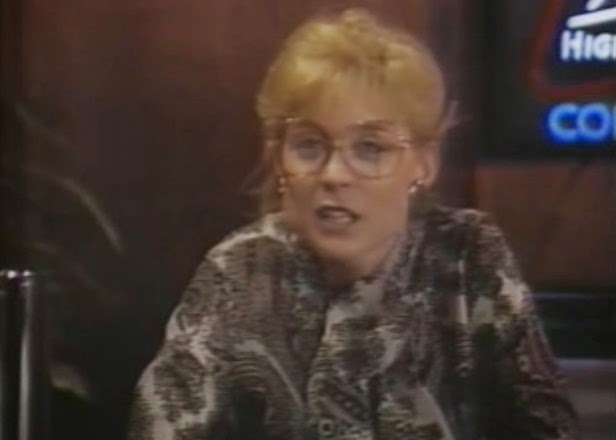 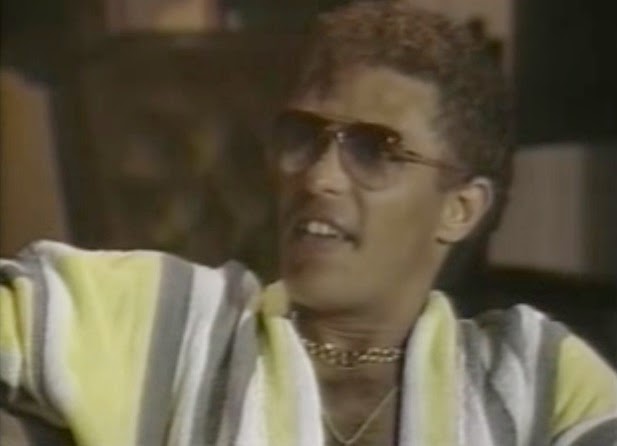 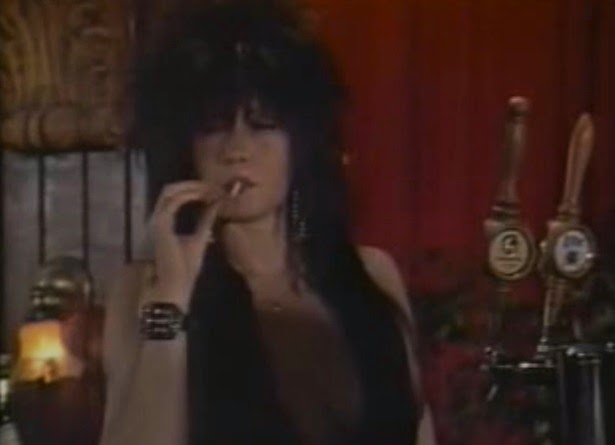 Justine's next assignment for Jason is that he must seduce Andrea Dwarkin (Nina Hartley), who's clearly based on radical feminist, author and anti-porn advocate Andrea Dworkin, except instead of being an obese, unattractive brunette, here's she a hard-bodied blonde. Jason meets up with the uptight Andrea at a dyke bar (!) and somehow convinces her to join him at a hotel where she aqua nets her hair, puts on make-up and takes off her glasses and finally feels attractive. She tells Jason she's a virgin (lol) and says "I've always wanted to be appreciated by an ass-loving man." He then welcomes her to "the beautiful, perverted, disgustingly fiendish world of depraved sex." What follows is hardly all that (the sex scenes in this one is pretty routine), but Andrea, after having sex with both Jason and Justine (in separate scenes) is enjoying sex so much she decides to quit her day job and go to work for a pimp (Billy Dee) instead! 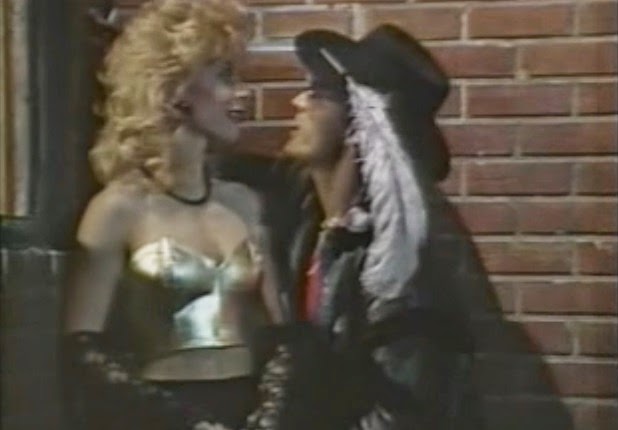 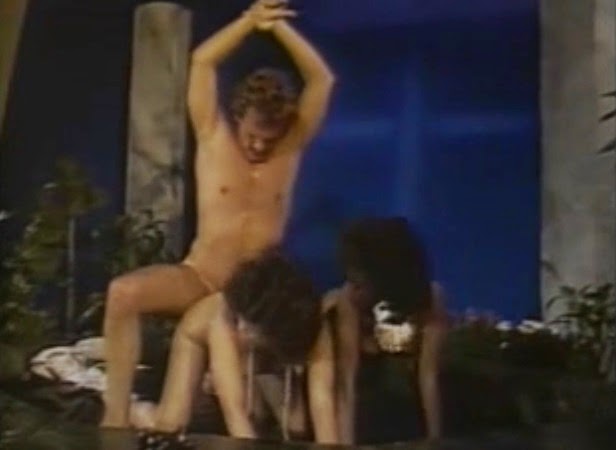 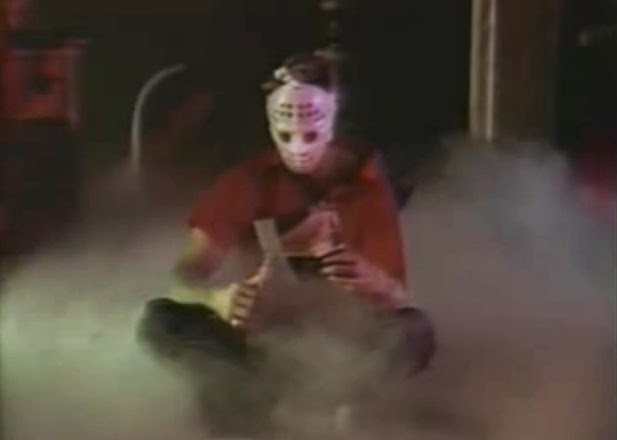 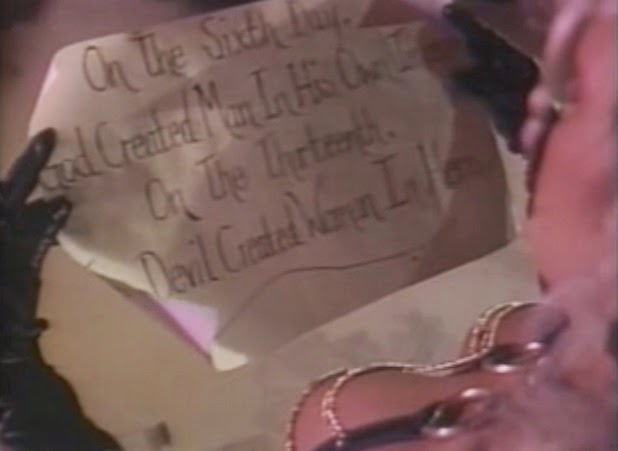 Despite the title (an obvious play on the 5th Friday movie) and the presence of an evil guy named Jason wearing a hockey mask for a few seconds, this is not a spoof of the Friday the 13th films in any way, shape or form. Instead, it balances its time between sex scenes and comic vignettes poking fun at the hypocrisy of people trying to dictate morals to the rest of the world as if we're all some faceless mass who should all be doing (and thinking) the same things. The screenplay (a porn with an actual script - imagine that!) by Mark Weiss isn't exactly subtle, but it's often surprisingly funny and manages to get its points across in a witty and clever way. One doesn't expect jabs at politicians, religious figures and moralists in this kind of film, but it actually makes for the perfect pairing here. Sure, the acting's not always great (though most actually aren't too bad) and some lines are flubbed here and there, but at least it was shot on 35mm film and goes beyond what it had to be.

Lincoln and his wife both appear here in small cameo roles and followed with a sequel - FRIDAY THE 13TH PART 2: THE NEXT GENERATION (1989) - a few years later. Silvera and Dee were back for that one, playing the same roles.