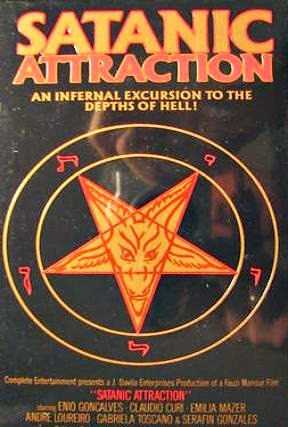 
The director of THE RITUAL OF DEATH (1990), which was threatened with an X rating here in America due to excessive gore, is at it again with this bloody slasher / Satanism tale. After some black extras flail around to bongo drums and shake some chickens, a couple of blonde children (a boy and a girl) are blindfolded and led up a staircase by a robed man. They enter into a room full of candles and cult members, where a guy in a huge, glittery sheep headdress cuts open their wrists with a sword and mixes their blood together. Fourteen years later, Sun Coast d.j. Fernanda (Gabriela Toscano) has a controversial new hit on her hands; a radio show she's devised where she reads a chapter of a graphic horror story she's writing each afternoon. While many are captivated by the morbid program and are glad she's been able to get people to tune in to the radio again, others aren't so pleased about the content and want her immediately off the air. Fernanda's husband Francis (Antoine Rovis), who's carrying on a secret affair with a woman named Claudia (Emilia Mazer) behind his busy wife's back, and police inspector Paul (Claudio Curi), who calls our heroine "the asshole lady of radio" and refers to the program as "nothing but bullshit!," are just two of her many detractors. Undaunted, Fernando carries on what she's doing, but the fictional events she's writing about will soon be bleeding over into real life... 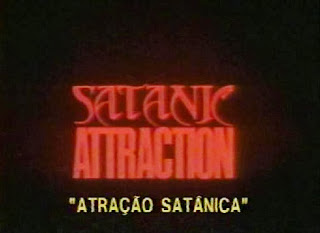 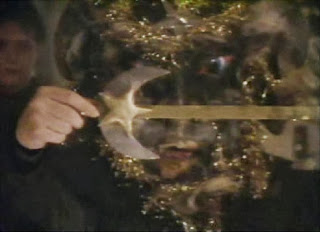 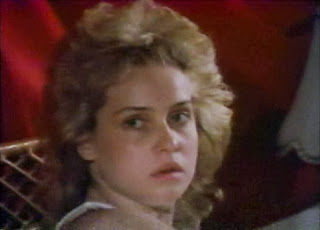 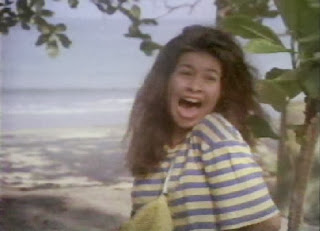 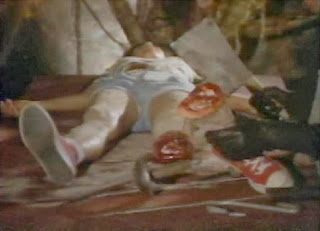 Fernanda's story involves a woman in a partially decomposed state who's using mind control to make her brother kill beautiful young women so he can revive herself with their blood. During one sequence, the brother chases a girl along the beach, stabs her, hangs her upside down, cuts her throat and lets all the blood drain into a bucket before dismembering the corpse with a cleaver and then feeding the scrap meat to a caged lion he keeps in the basement! He later sneaks into a hotel room, hides razor blades inside a bar of soap so a woman cuts herself up while taking a bubble bath and then charges in and sinks a cleaver into her head. These events aren't only part of Fernanda's story but also are happening in real life. She's plagued by various nightmares and local women keep disappearing; though their bodies are never found, the bloody crime scenes tell their fates. Flashbacks reveal that the killer and his sister murdered their Satanist parents as kids by putting rat poison in their soup. The two also share an icky incestuous bond (I guess that's the "Satanic Attraction" the title refers to). 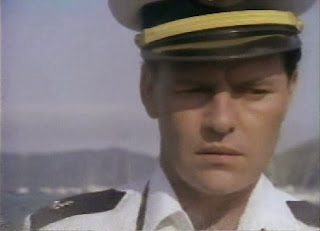 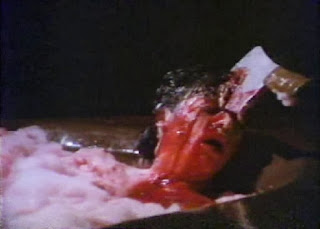 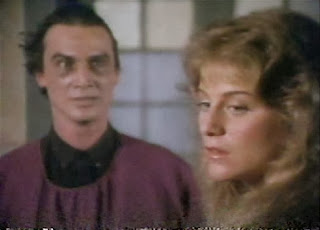 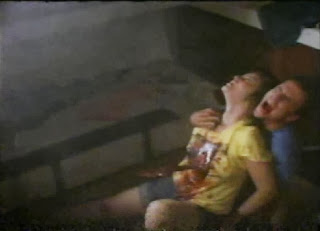 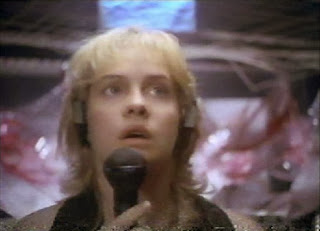 As more people are killed, police try to get Fernanda to stop her radio program, but her weird, black-clad boss Rafael (Olain Coan) insists the show must go on and gets a permit from the mayor to continue. Lots of other possible suspects pop up, including the shady local chief of tourism and Christian (Andre Loureiro), an antique store owner who keeps a black panther as a pet and was at the scene of one of the crimes. Because her husband is a prick (and is later found dead anyway), Fernanda is driven into the arms of her sailor friend Lionel (Enio Gonçalves), who tries to help her out when she's blamed for one of the killings. Susan (Claudia Alencar), a very pregnant female reporter whose standard business outfit consists of an open jacket, a bikini top and a short skirt, always seems to be around, and a bunch of young female marine biology students and their horny teacher, who are staying at a local hotel, provide plenty of additional victims. 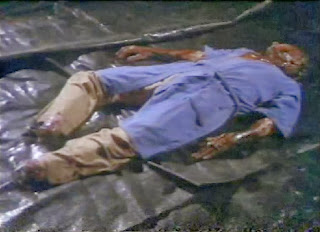 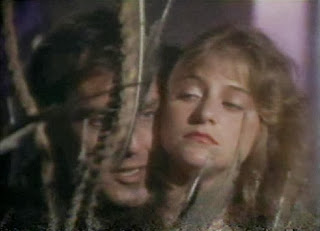 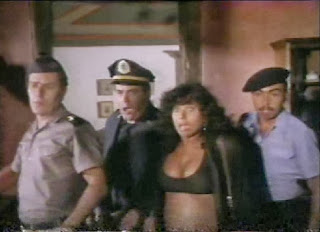 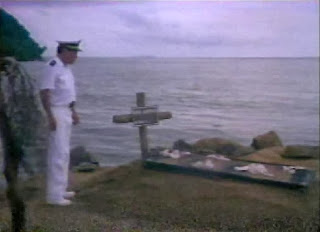 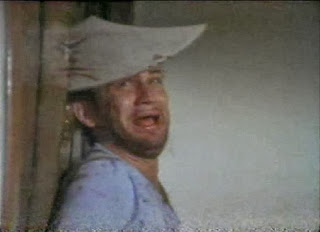 Atração Satânica is not really a good film, but it is a pretty entertaining one. The plot is extremely muddled and confusing. The bad guys aren't given much motivation aside from brief mention of someone needing to "bear the master's son," and very little of the supernatural plot is adequately explained. We're never told why Fernanda is even involved in any of this or how she seems to be able to anticipate what the killer is up to. I'm not sure what part the English dubbing may have played in this. And speaking of that dubbing... Sheesh! It's absolutely some of the worst you'll ever hear. According to one account I read, the director drafted complete amateurs (American students studying in Brazil at the time) to do the English recordings. The fact these people had no clue what they were doing or how to emote results in lots of unintended comedy throughout. If you can look past that, this isn't horribly filmed or really even poorly made. There's rhythm to the pacing and plenty of gory action. Like the director's other foray into the genre, this piles on the blood and boasts a large body count and a wide variety of death scenes. Feet are cut off, a couple get speared together, someone is hit with a pick-axe and, during the best scene, the killer invades the hotel and starts slaughtering people left and right. A girl lying on a hammock is gutted from underneath, another lady is decapitated and others get stabbed with a huge sword or harpooned. Moments like those - and not the poorly-developed plot - are what really propel this along. 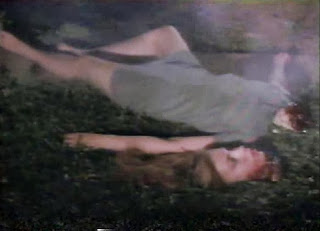 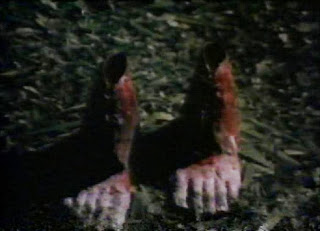 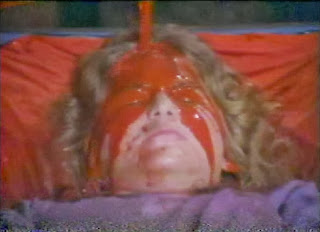 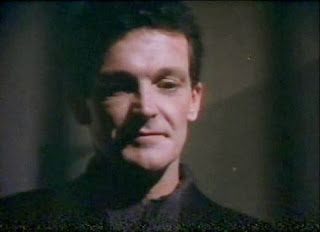 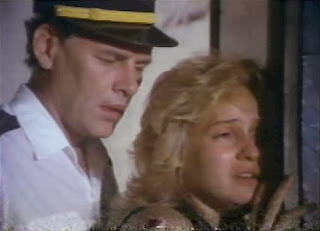