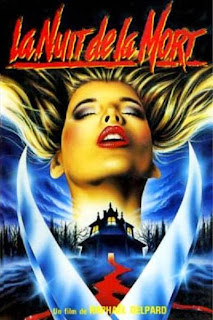 Don't let the generic title (La nuit de la mort! = "Night of Death!") keep you from watching this odd and highly entertaining French import; finally available in America with English subtitles from Synapse (who released a nice-quality but bare-bones DVD in 2009). Serge (Michel Duchezeau) wakes up to find a letter from his young girlfriend Martine (Isabelle Goguey) on the kitchen table. Tired of their arguing and feeling burdensome, she's taken off to start a new job as a maid and cook at a retirement home called the Deadlock House. The entire community is surrounded by a tall iron fence kept locked at all times by the limping, depressed handyman Flavien (Michel Flavius). Arriving a day earlier than she was scheduled to, Martine meets her new boss, the glamorous though extremely bitchy Hélène Robert (Betty Beckers), who admires initiative but hates excessive zeal and explains that as part of accepting the job, new hires are not allowed to take phone calls or leave the grounds for their first two months. That's about how long fellow housekeeper Nicole (Charlotte De Turckheim) has been working there and she's looking forward to a day away from the madhouse to reunite with her boyfriend. It's too had she won't live to see him. 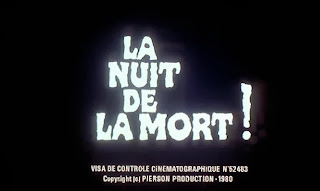 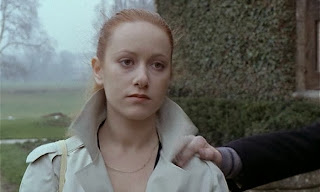 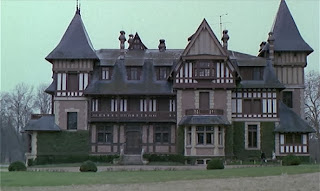 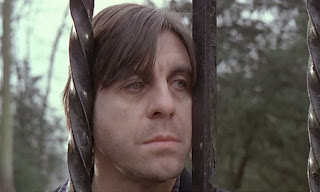 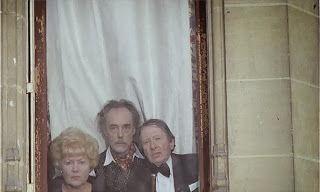 The small group of elderly boarders living there (seven in total not including Hélène) appear to be either extremely eccentric or completely senile. Jules (a terrific Michel Debrane), usually seen with a ball of yarn and needles in hand because he's "knitting revolution," is obsessed with war and Nazis and keeps proclaiming that the very old and children (the "useless" and "forgotten") are going to eventually revolt again everyone else. Léon (Jean Ludow) - who's not paralyzed - rolls around in a wheelchair simply to annoy people and is constantly playing pranks and picking fights. Pascal (Georges Lucas) just wants someone to cuddle with and the ladies just jabber on and on about the good old days. Yes, they're all a bit batty, but the younger handyman may be the battiest of all. Flavien constantly hides out in the boiler room house and sulks, sometimes whips the misbehaving old folks with a lash, seems obsessed with his own ugliness and constantly asks the young ladies hired to work there the rhetorical question "Would you marry a man like me?" Aside from being highly secretive and never divulging their age, everyone has something else unusual in common: they all claim to be strictly vegetarian and monitor their calorie intake very carefully. So just how do they get iron in their diet? While Martine enjoys her last night of freedom away from Deadlock House, we find out. 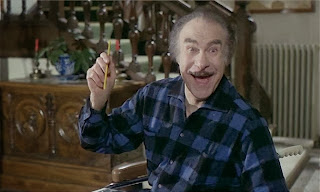 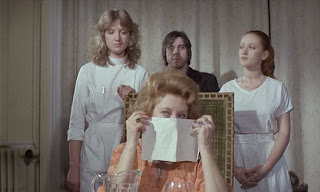 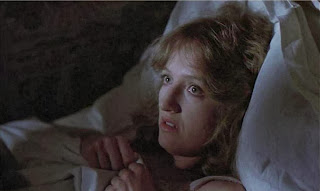 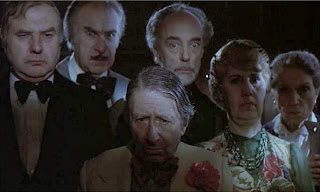 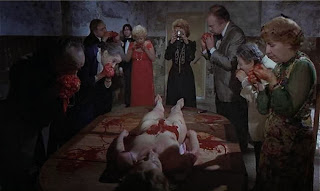 Nicole, who's thoroughly hated by everyone there, is fast asleep when all the old people quietly file into her bedroom. They pick her up, carry her upstairs, rip off her nightgown, lay her out on a table, cut her throat with a meat cleaver and then slice her open and begin feasting on her (raw) internal organs and blood. Each get just a small piece periodically - one body has to last them two months - and they do this to stay among the living. Hélène, a bitter former beauty queen, singer and pianist who's actually 114 years old - started their little group many years earlier, so she gets the most potent piece: the heart. Unbeknownst to poor Martine, she's being prepped for slaughter herself with special calorie-rich drinks to keep her insides clean and healthy whilst fattening her up a bit (which will instantly bring to mind Mia Farrow getting her Tanis root shakes from elderly Ruth Gordon in Rosemary's Baby). Oh yes, and there's also a psycho stalking the area known as "The Golden Needle Killer," who's been spearing young women through the heads and necks and then raping their corpses. It may be Flavien, but then again, maybe not. 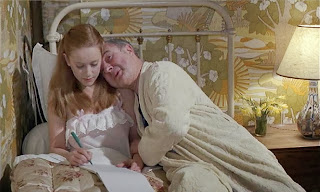 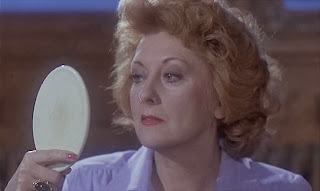 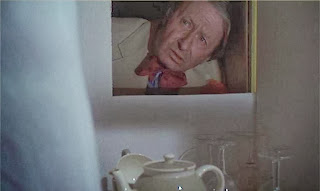 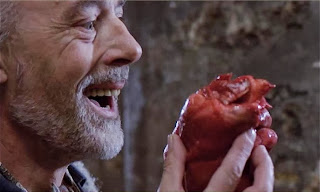 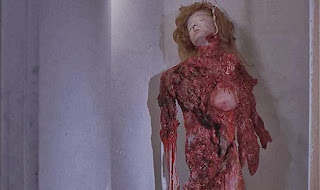 Though not without faults (the eternal life through cannibalism aspect isn't elaborated upon at all) and not terribly original either, Night of Death! still has lots of great stuff to offer. It's nicely scored and photographed, strongly builds up the sense of intrigue and suspense during the first hour, has some juicy gore (hands reaching inside a torso fishing for organs and such) and mostly excellent performances. Beckers is particularly good in her role and proves to be a great singer as well during several musical interludes. On-target casting and some superbly lit and cleverly off-centered shots effectively transform the otherwise normal-looking elderly actors into creepy and sinister figures. The fact they're all given little humorous quirks adds a blackly humorous angle to the film and most of the dialogue is surprisingly well-written. Goguey, in one of her only known roles, is not only very pretty but also extremely appealing in the lead role. Thanks to her likable natural charisma and the scripting, her character seems better fleshed-out than usual for the genre, which helps us feel invested in the material. 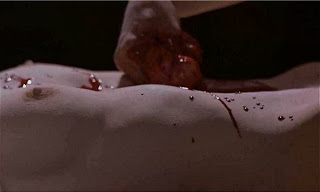 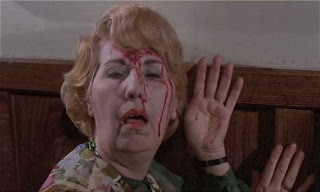 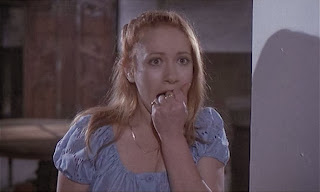 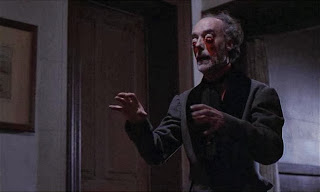 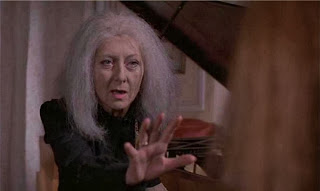 All that said, it's a shame this falters a bit at the very end. Though it throws a few twists our way, there's so much going on in the last 15 or so minutes that is becomes rather messy. Why the wily old timers, who've been successfully doing what they do for a very long time, would suddenly get so sloppy (leaving the heroine in a room alone with an axe conveniently on hand when they had ample opportunity to kill her [she was knocked unconscious]) doesn't really ring true either. Things lead up to a resolution that I personally felt torn about. Though it's genuinely surprising and I didn't see it coming, it also feels cheaply grafted on solely to provide a last-second jolt. Eh, whatever. Screw it. Watch this one, anyway. It's quite good. 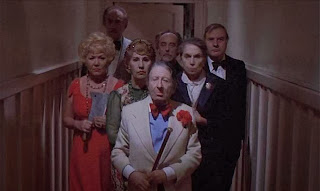