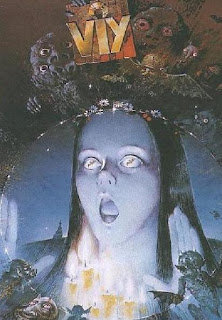 
Based on the short novel by Nikolai V. Gogol (the same basis for Mario Bava's classic BLACK SUNDAY), this was one of the first traditional horror films made in the Soviet Union since the silent era and remains one of the only notable genre efforts produced there. After being released into the world from seminary, three poor young students - Khoma (Leonid Kuravlyov), Khaliava (Vadim Zakharchenko) and Gorobetz (Vladimir Salnikov) set out to find a place to sleep and some grub. They end up at an ugly old lady's farmhouse. She claims she has nothing for them to eat and insists the three men each sleep in separate places. Gorobetz is allowed into the home, Khaliava is to sleep in the loft and Khoma gets to sleep in the barn next to the pigs and cattle. While trying to go to sleep, Khoma is surprised when the old lady gets in his face, then hops on his back, grabs her broomstick and starts riding him around like a horse. The two float up into the sky, but eventually crash back down to earth. Khoma grabs a stick and starts beating her with it until she transforms into a beautiful young woman. Understandably freaked out, he flees back to town and the seminary. There, his teacher informs him that a dying girl (Natalya Varley) and her father (Aleksei Glazyrin) have requested Khoma's services in reading her her final rites. The strange thing is, Khoma doesn't even know them. 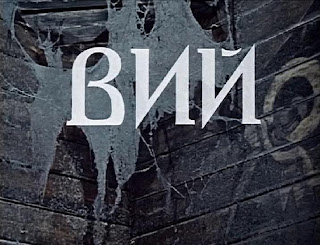 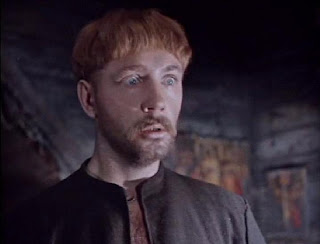 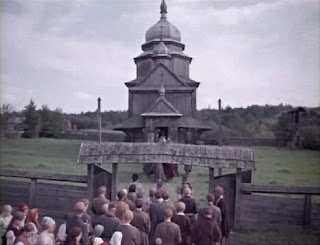 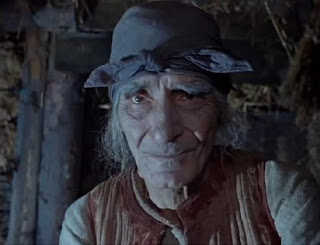 Put on a carriage with a handful of older men instructed not to let him run off, Khoma is delivered to the village, but the men arrive too late for healing prayer; the girl has passed on. Khoma goes to meet with the girl's father and learns that he has no clue what mysterious illness claimed his child's life but that his daughter had specified until her dying breath that Khoma was to be the one to recite the prayers to deliver her soul. Even stranger, the girl looks an awful lot like the young beauty the old witch had transformed into. Khoma - a goofy, immature guy who likes to drink and doesn't really take his religious or teachings all that seriously - is locked inside the church with the body to do his work. He's been enlisted for just three days of service but it doesn't take him that long to realize that an evil force has inhabited the girl's soul. On his first night, the corpse cries blood, candles go out by themselves and the girl finally rises from her coffin. Khoma is able to keep her at bay by constant prayer and drawing a sacred circle with chalk around his pulpit. By dawn, the young woman has returned to her coffin. 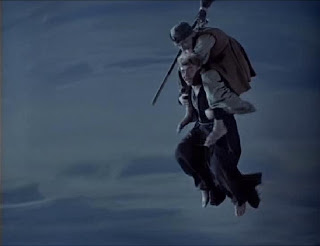 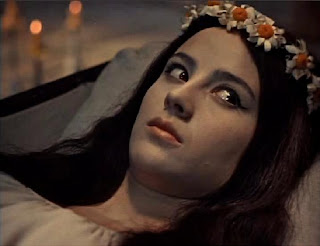 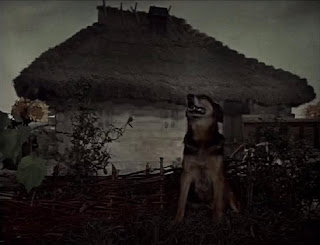 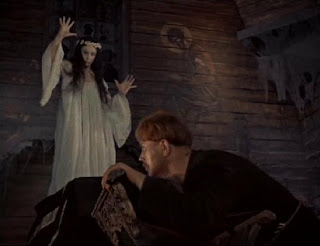 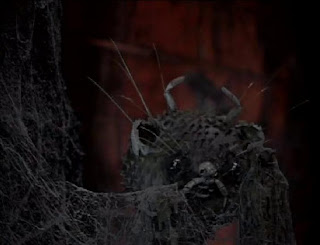 The following night, Khoma returns to the church to continue his prayers, but this time he comes in with a bottle of vodka in his jacket to get him through the night. The girl awakens and flies around the room in her levitating coffin, but Khoma's sacred circle again protects him. Still, the young woman is able to curse him and turn all of his hair white. Frightened by the prospect of a third and final night of prayer in the church, Khoma tries to flee the village but it caught. He's given an ultimatum by the young woman's father: 1000 gold pieces for completing his task, or 1000 lashings if he decides to back out. With help from plenty of vodka, Khoma is able to work up the courage for another try at an exorcism... Only this time, the girl has decided to invite along some of her hellish friends... 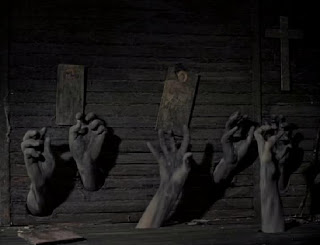 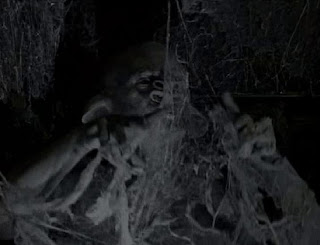 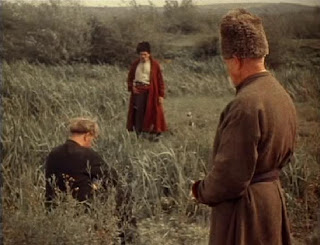 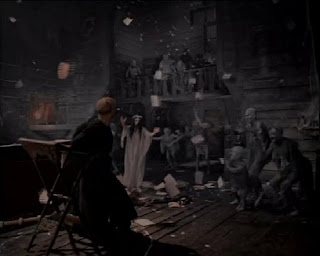 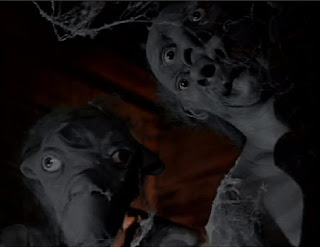 For much of the scant 72-minute run time, the film is tonally uneven, wavering between comedy, drama and horror rather uneasily at times. Thankfully, it goes from being just OK to completely awesome in its final ten or so minutes with some really imaginative and astounding otherworldly effects. When the girl summons forth her buddies from Hades, we're treated to a wonderful array of abstract, nightmarish creatures. Hands emerge from a wall and grow to a giant size and a skeleton with clanking bones, a six-headed skeleton bird and a mutant cat all appear. Many grey-painted demons, some with multiple noses, some with multiple eyes, some skull-faced, some with bats wings or elongated chins, appear, and finally a huge demon so big that each of his footsteps shake the room shows up. This sequence by itself justifies seeing this movie. The film utilizes some very interesting camerawork too, such as 360 degree camera spins, plus some early green screen work. The architecture, costumes and rural Russian ambiance also provide interest. 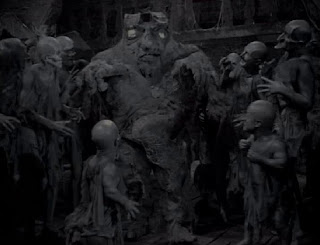 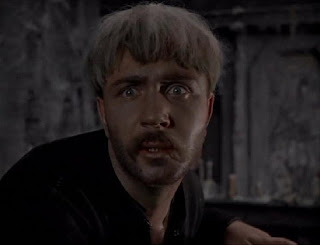 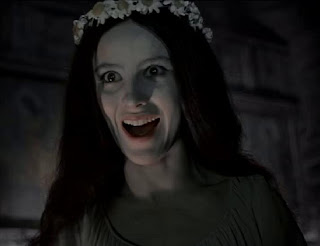 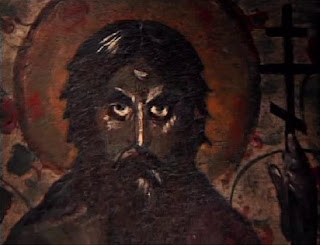 Never released on VHS in America, this was finally issued on DVD by Image Entertainment in 2001. It's a very nice quality print.