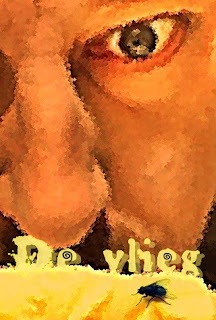 ... aka: Fly, The
Directed by:
Hans Heijnen
A year before David Cronenberg made his hit remake of the 1958 Vincent Price classic, we got another fly film not many know about. This one's a 19- minute short from the Netherlands and, unlike the other, more famous Fly horror properties, it does not involve a human turning into an insect monster. Instead, this is a black comedy dealing with normal-sized flies and just how bloody irritating they can be.
I would say the bachelor protagonist (Hans Beijer, who also had a small role in Dick Maas' slasher / mystery Amsterdamned) is a bit of a slob, but seeing how he has dishes piled up on both his oven and his sink and leaves food sitting out until it's festering with maggots, I'd say he's a major slob. As he's sitting down at the table with a newspaper and his breakfast, a fly swarms around his hand and lands on his arm. He hits it with the newspaper. Carry on. As he tries to eat, he hears the same fly buzzing about but can't find it. He goes for a pat of butter, but finds the fly sitting on top. That causes him to knock over a coffee cup. He attempts to blow the fly off the butter but it doesn't budge until he starts swatting his hands around. 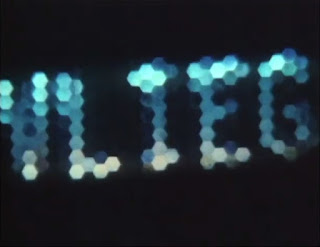 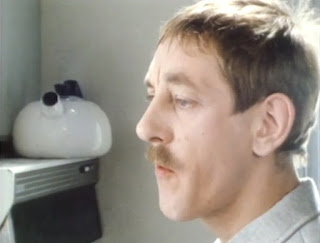 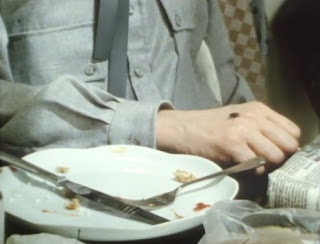 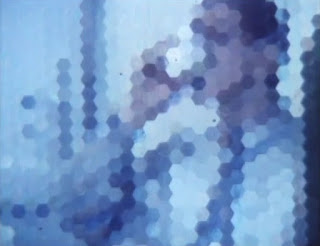 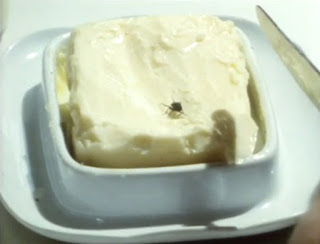 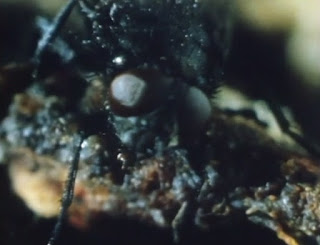 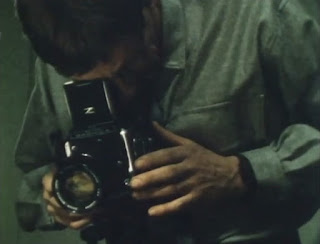 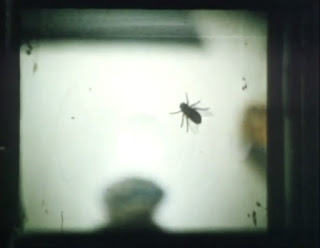 Oh well, time to get some work done... well, except this guy's a photographer and the fly decides it's going to ruin all of his shots by landing directly on his camera lens and then refusing to get off. Seeing how swatting it has already failed, the man brings out the heavy artillery: a vacuum cleaner. Somehow, the fly manages to avoid getting sucked up. And it also manages to survive being lured into food traps utilizing strawberry jam and rotting meat and getting smashed with a flyswatter several times and roasted with a lighter. Is this thing even for real? Or is there something else going on here? 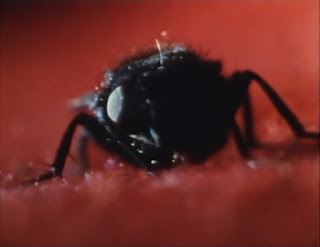 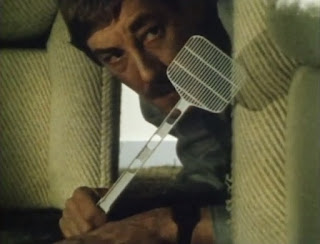 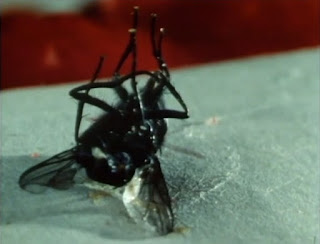 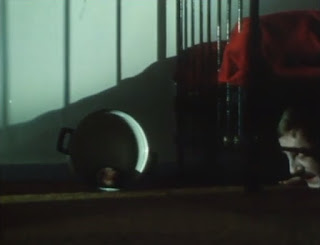 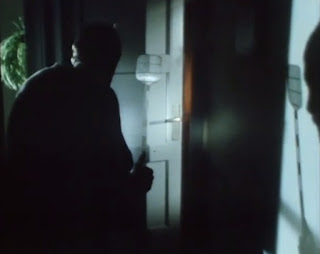 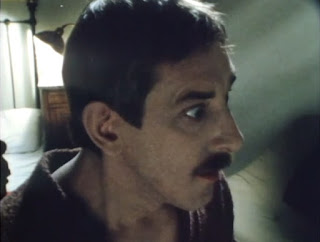 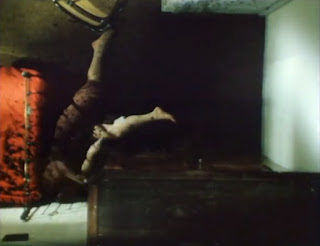 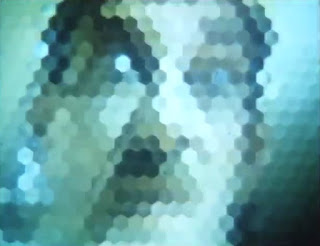 This isn't poorly made or anything (there's some OK camerawork and a few fly POV shots thrown in), it just isn't particularly clever and offers up too few surprises, though the last few seconds kind of deliver one. I had much more fun making the poster for this than I did watching it. The director would go on to a career as a documentary filmmaker.
★★
Posted by The Bloody Pit of Horror at 5:32 PM