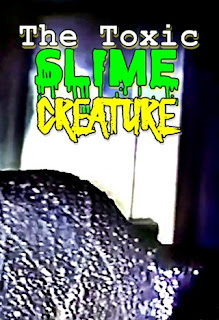 
With the advent of the internet came the advent of Youtube and suddenly anyone could upload anything they wanted, including their very own homemade horror movies that may have played on a public access channel or two back in their day but seldom received an actual home video release. This is that type of film, though it did actually receive a release of sorts. The end credits have a logo for Carlson International and ordering information for Vidimax, which was a small mail order company out of West Caldwell, New Jersey. Vidimax was best known as the original U.S. distributor of the notorious Japanese gore-fest GUINEA PIG: FLOWER OF FLESH AND BLOOD (1985), back then called Slow Death, which was rumored to be a real snuff tape and was subject to an actual police investigation. The company's other big acquisition was A Certain Sacrifice (1979), an 8mm student film which also happened to be the film debut of 21-year old Louise Ciccone aka Madonna. Once this title surfaced and it was revealed the star appeared topless in it, Madonna attempted to get the video banned but was unsuccessful. Vidimax / Carlson Int. also made a handful of their horror films that were shot either on video or Super 8. These included THE NECROTIC (1978), TENDERLOIN (1985), NEW YORK CENTERFOLD MASSACRE (1985) and others you've probably never heard of before. Tape masters for all of these were destroyed in a fire at the furniture warehouse where they were being stored so only poor-quality (and sometimes incomplete) dupes still exist. 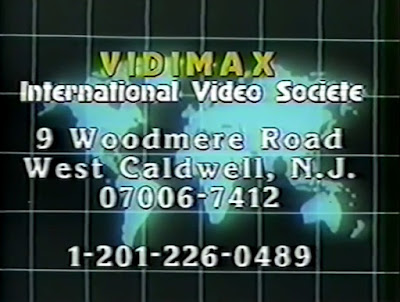 I actually tried calling this number. No one answered. 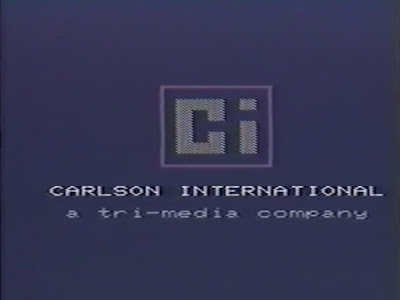 Warehouse workers get behind on their work and are forced by their asshole boss Mr. Bronk (Ron Bolo) to stay late doing inventory. Right at dinner time, a train hauling hazardous materials crashes out back. One of the workers runs outside to check out the damage and gets a little too close to the wreckage. An explosion occurs and sends some kind of acidic chemical directly into his face. The crash has knocked out the power and telephone lines and punctured tanks leak more toxic chemicals onto the ground and into the air; trapping everyone inside. The workers, plus deli deliveryman Joe (Robert Zollo), do their best to fortify the building and make sure all cracks are sealed but there are just too many windows in the main part of the building so they're forced upstairs into some easier-to-seal-off offices. As they try to get a transistor radio and generator to work, some strange things are happening outside... and about to make their way inside. 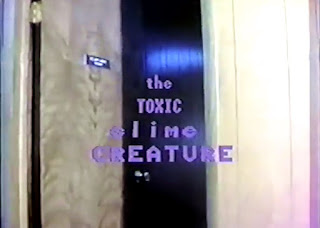 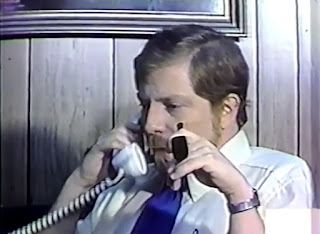 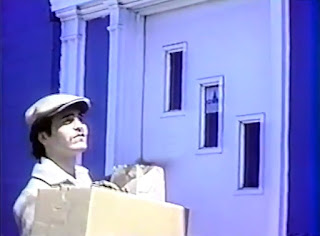 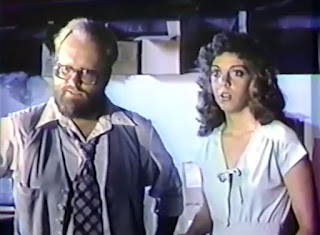 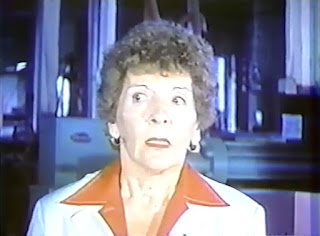 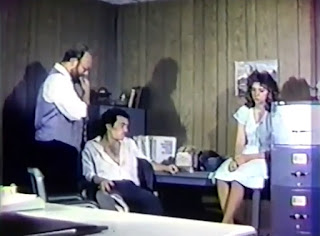 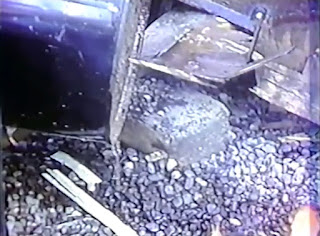 Radio broadcasts reveal that the area they're located in has been mostly abandoned but the released chemicals are so thick that the air is both unbreathable and burns the skin. In other words, exposure to it means instant death as young stock boy Jimmy (Richard Butler) eventually finds out. Everyone is ordered to stay indoors. However, that's easier said than done under the circumstances, especially when Ralph (Leo Guabello), who was off trying to fix the generator, is found dead lying in a puddle of mysterious slimy liquid. The crew, including Paul (Charles Ward), the fragile ("Oh my God, we're all going to die!") Laura (Mela Silvestri) and older accountant lady Doris (Elizabeth Carmen), split up to investigate and Joe the deli man has an encounter with a being he describes as "the size of a horse" and "brown and wet and, like, slimy, ya know?" Whatever it is, it starts picking the workers off one by one. 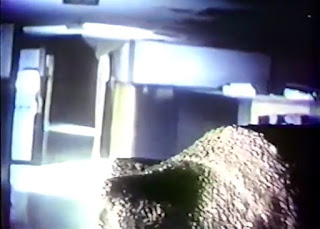 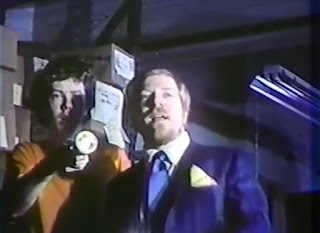 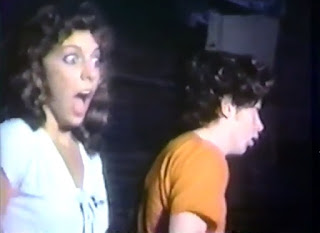 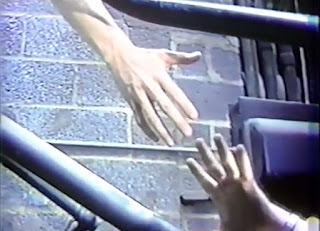 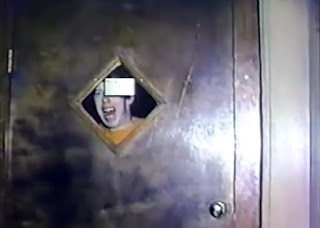 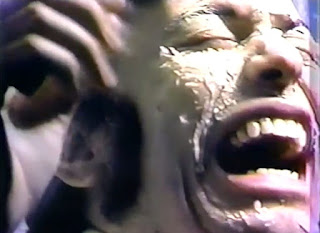 It's not that this thing isn't without some low budget charm with the enthusiastic bad acting and technically crude do-it-all-yourself amateurism, it's just that this same exact thing has already been done a lot better elsewhere and, if you haven't already seen it, you certainly don't want to see it here first. In lieu of action, we get characters washed out by overbearing white light endlessly walking around the warehouse with flashlights and the cast sitting in an ugly office with wood paneling bickering or planning what to do for an hour. What little we see of the creature is relegated to flash cuts of something that would look more at home floating in a toilet, and is just as threatening as it sounds. There's no blood or gore, no real special effects, a general lack of creativity and nothing to satisfy either creature feature or exploitation movie fans. 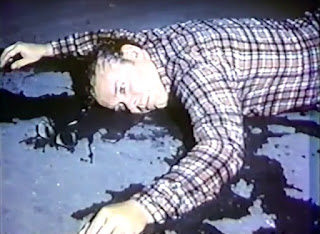 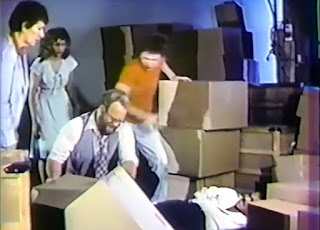 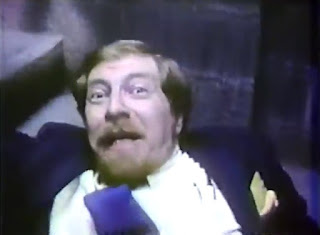 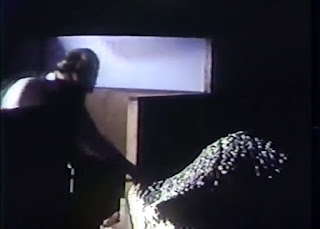 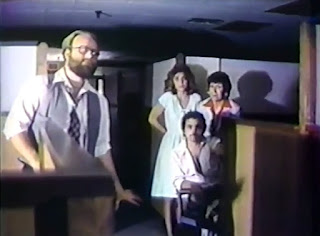 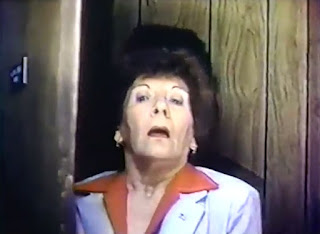 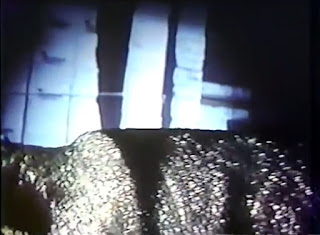 This was filmed in Morristown, New Jersey at the Tech-Art Plastics Company, who specialized in custom molds for plastic products, particularly in the organ and piano industries.