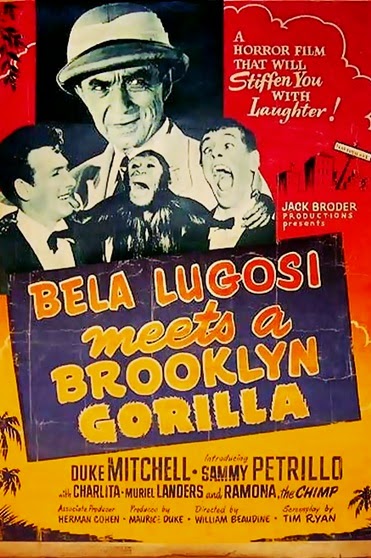 
William Beaudine, one of the most prolific directors of all time with well over 400 film and TV credits to his name, was at the helm of this notorious turkey that reunited him with horror legend Bela Lugosi, who'd previously played mad doctors in the Beaudine films The Ape Man (1943) and Voodoo Man (1944) and plays the same here. Called White Woman of the Lost Jungle in the early stages, this was filmed in a little over a week for no more than 50,000 dollars (some sources claim as little as 12,000). Besides the presence of Lugosi, it's also notable for attempting to cash in on the Martin & Lewis craze going on at the time by drafting nightclub crooner / Dean Martin clone Duke Mitchell and the inhumanly irritating Jerry Lewis wannabe "comedian" Sammy Petrillo for the lead roles. This was actually going to be the first of many vehicles for its stars (a horrifying thought) until Paramount producer Hal B. Wallis (who had Martin & Lewis under contract at the time) threatened to sue. According to associate producer Herman Cohen, after the film was completed Wallis attempted to buy the film in hopes of destroying it, but that obviously never happened. Perhaps it should have! 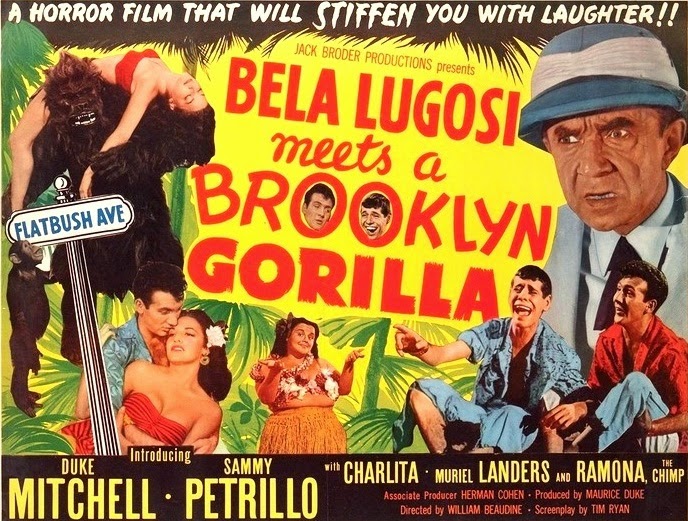 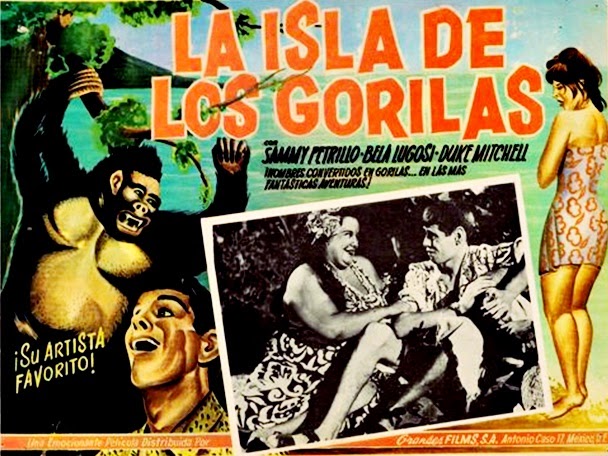 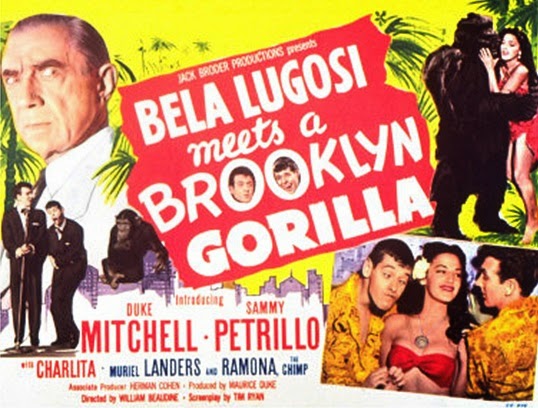 On their way to Guam to entertain the troops (as if war isn't bad enough already without having to be subjected to these two!), Duke and Sammy crash land their plane on a tropical island called Cola-Cola and are taken back to a village by a peaceful native tribe ruled over by Chief Rakos (Al Kikume). There, they are treated to a luau, dancing and all the bananas they can eat, and also find a little time for romance. In Duke's case that's a good thing, as the chief's pretty daughter Nona (Charlita), who conveniently speaks English because she was educated in America, shows interest in him after he swoons her with a wretched song called "Deed I Do." In Sammy's case that may not be such a good thing as he's paired up with Nona's persistent kid sister Saloma (Muriel Landers) - whom he refers to as "two-legged blimp" and "baby elephant" for obvious reasons - and she won't take no for an answer. 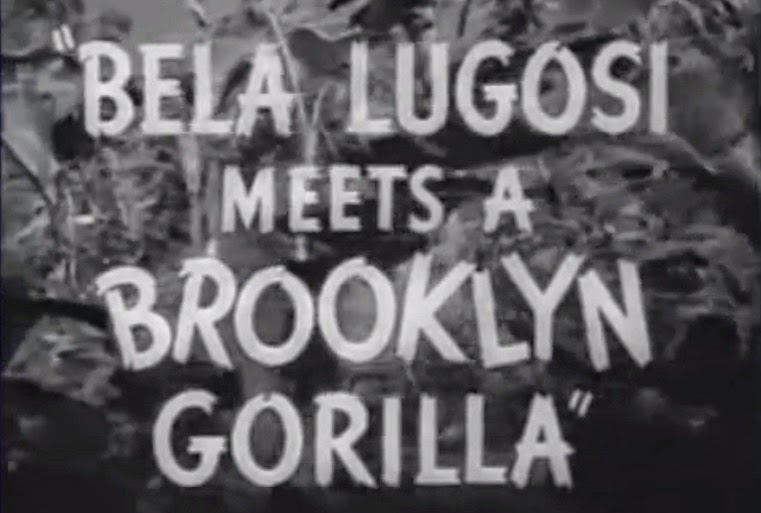 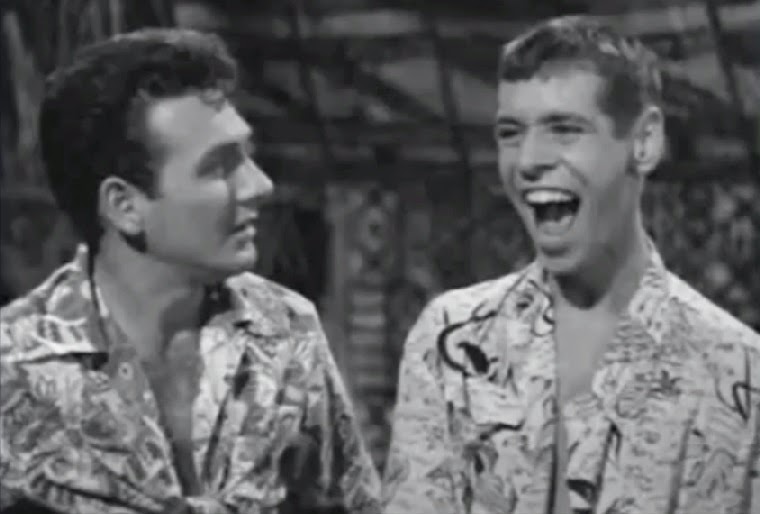 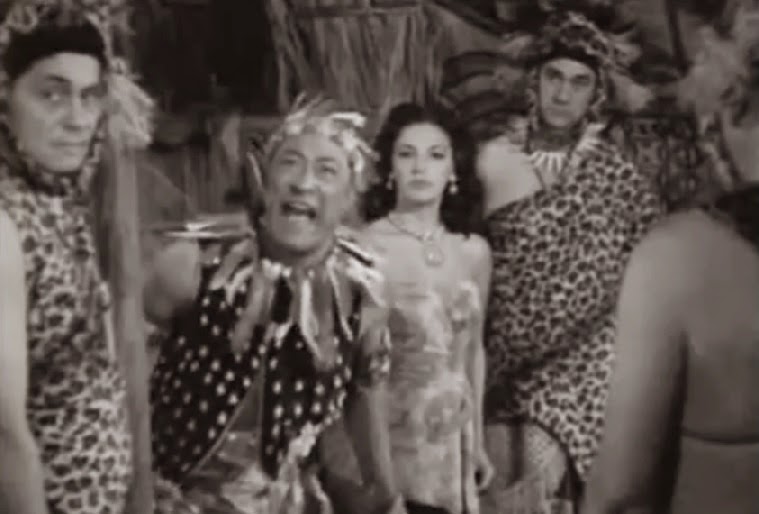 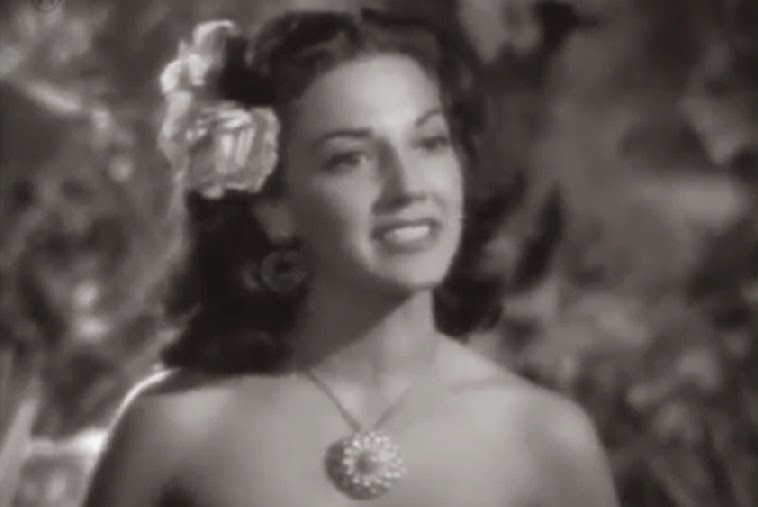 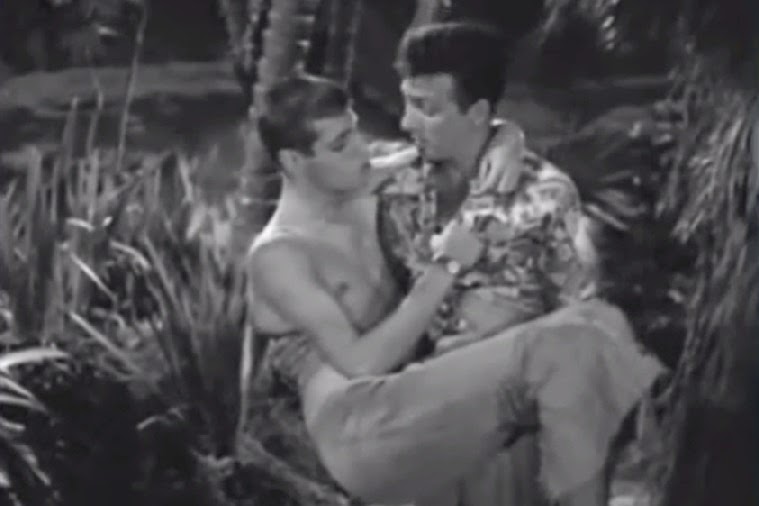 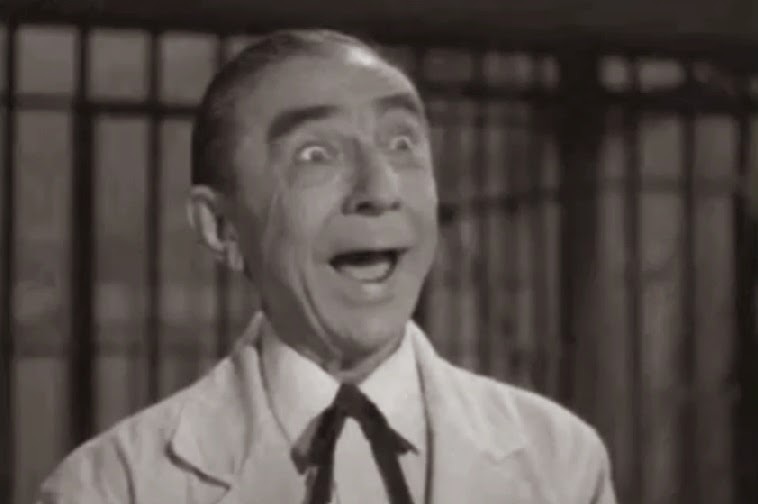 Since the above isn't enough monkey business to sustain a feature, Lugosi shows up to help provide some in the literal sense. His character - Dr. Zabor - is the only white man living on the island and he's there doing some kind of research involving evolution that he sums up in just a few lines of incomprehensible dialogue. Nona works in the doctor's lab and when she and Duke begin seeing one another, Zabor (who's in love with his young assistant and thus extremely jealous) decides to use a special serum he's devised that can devolve animals to an earlier developmental stage to transform Duke into a guy-in-a-cheap-monkey-suit gorilla. The resolution to the story is actually pretty clever and amusing. It's just the tedious journey there that's the problem. 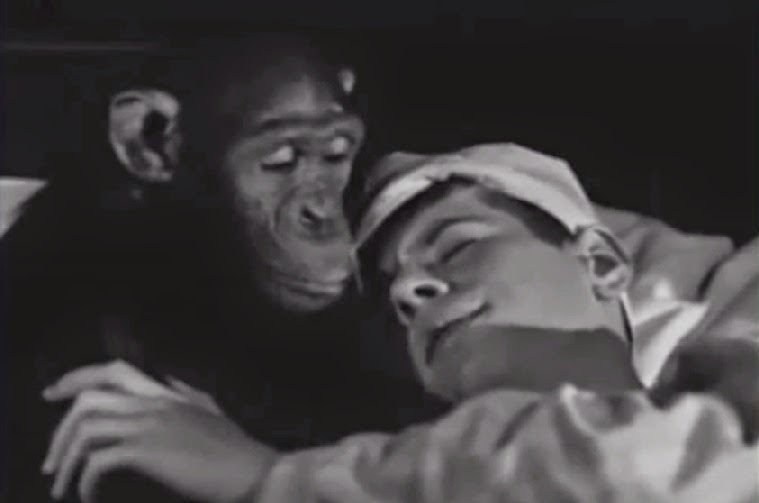 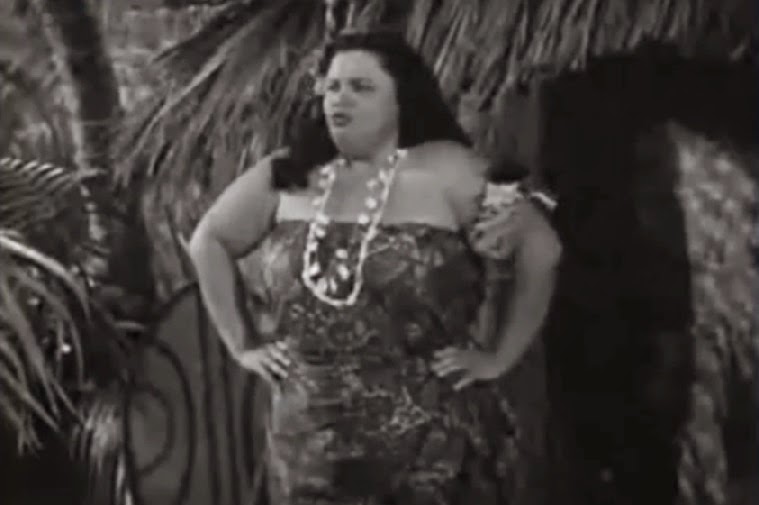 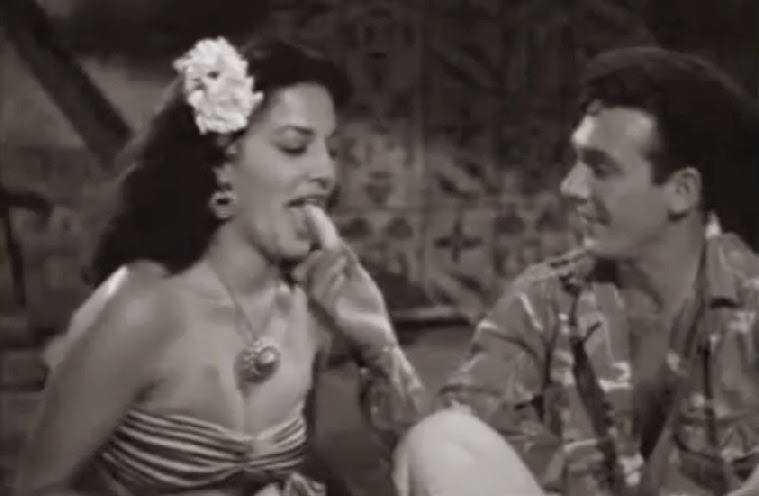 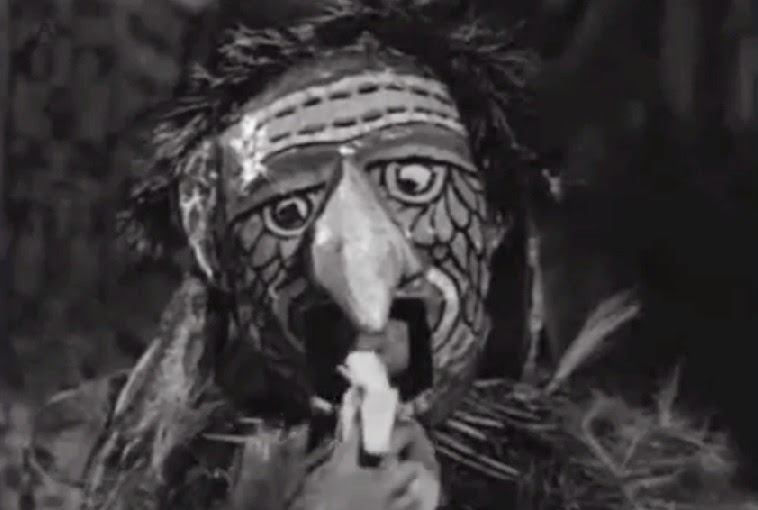 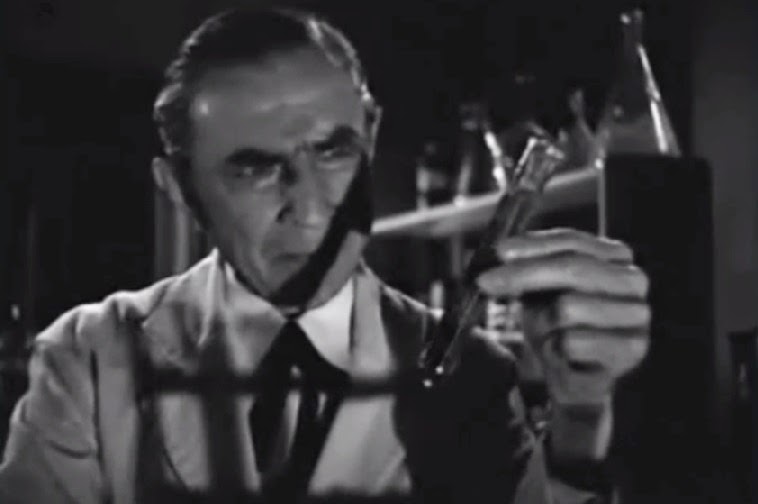 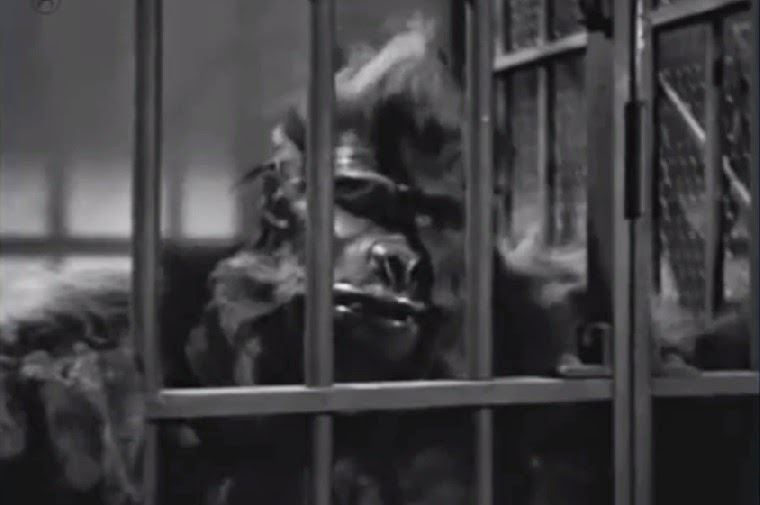 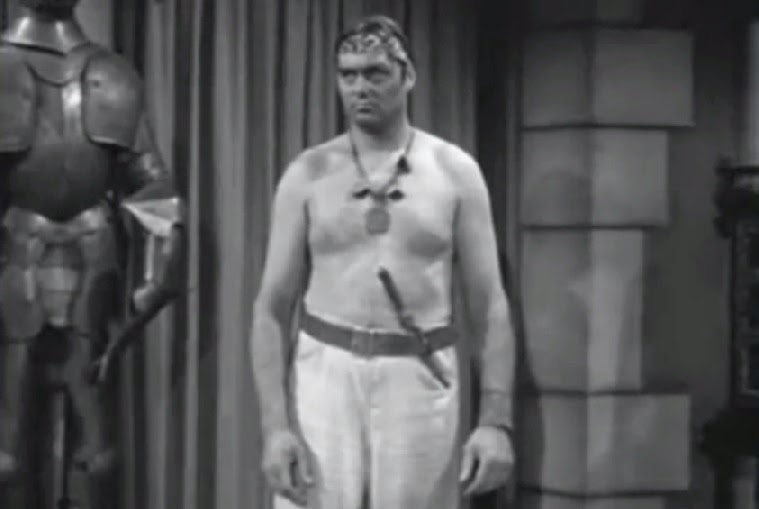 What really sinks this silly but potentially amusing movie is Petrillo, who speaks most of his dialogue in a forced / high-pitched / squeaky / whiny voice, screams, mugs and makes Lewis' annoying shtick almost look restrained by comparison. He's not the least bit funny and all I kept thinking was how much better this film would've been had HE been transformed into a gorilla instead of his more docile partner simply because we'd no longer have to listen to his grating voice. The highlights for me personally were some cute scenes centering around "Ramona the chimp," who's actually billed on some of the posters and is supposedly played by the same chimp who played "Cheeta" in the Tarzan movies. 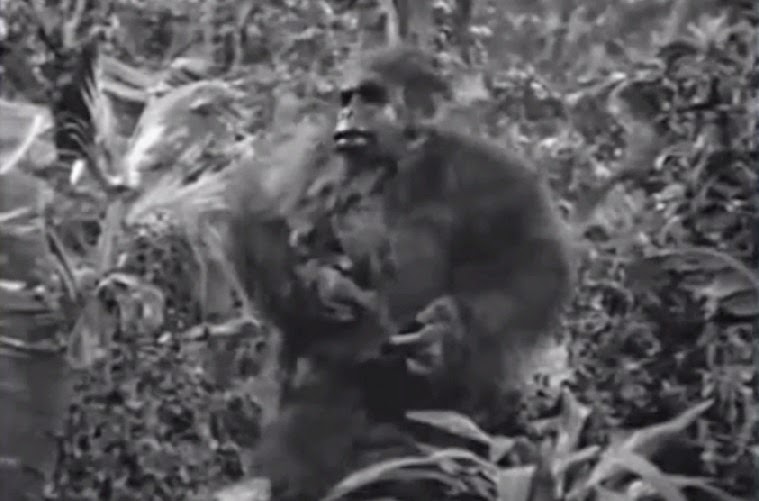 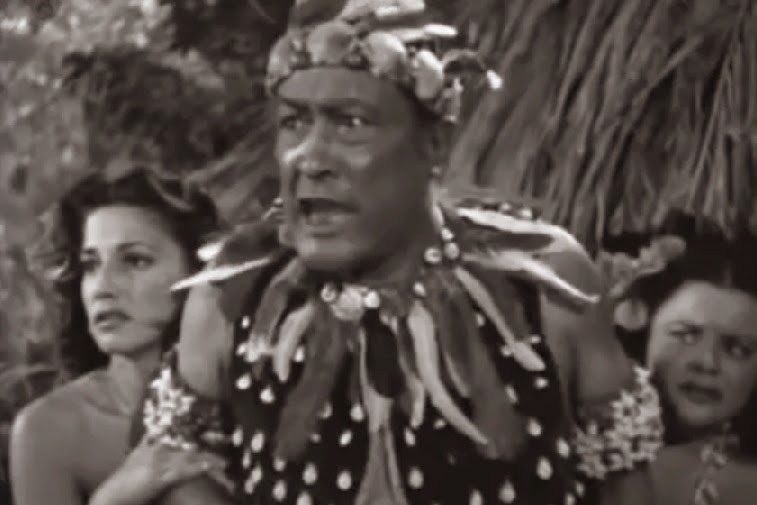 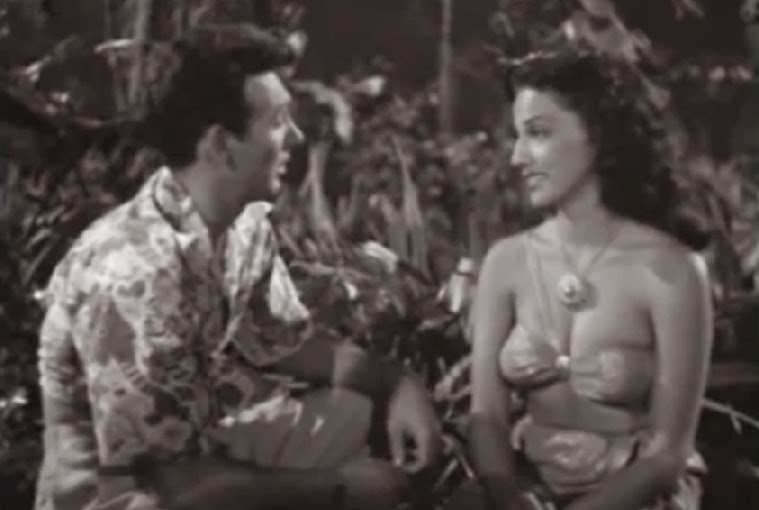 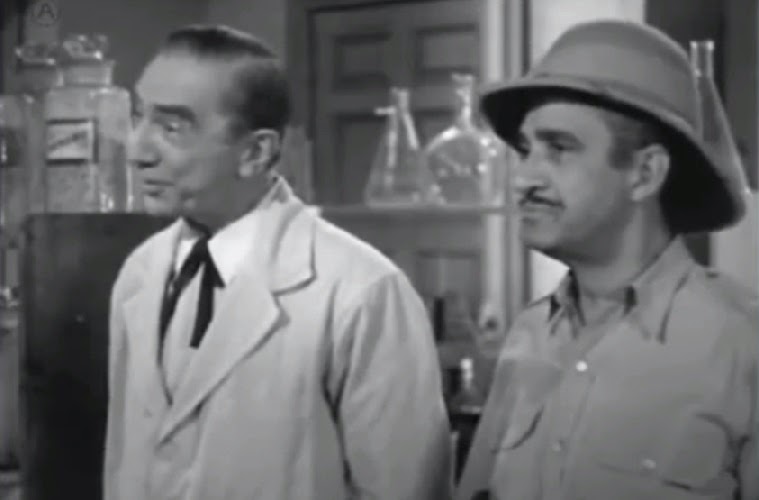 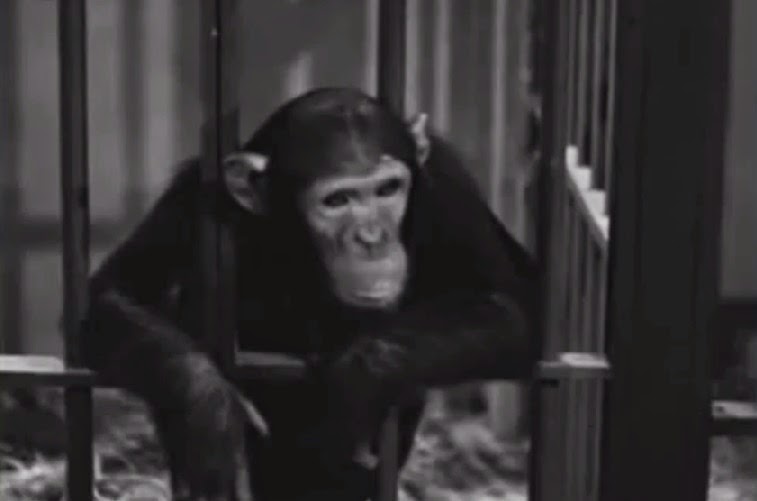 As far as Lugosi is concerned, he plays his role straight (despite being given lines like "I'm Dr. Zabor. Welcome to my creepy joint!") and is fine. If anything, this film proves that it does indeed get worse than starring in Ed Wood movies as the films Lugosi made for the supposed "worst director of all time" are infinitely more interesting and entertaining that this one. Now a common public domain title, Brooklyn Gorilla is extremely easy to find on cheap DVDs or online for free.