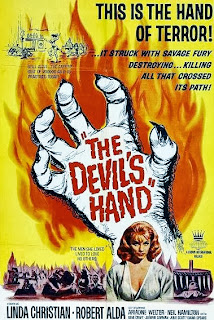 
Rick Turner (Robert Alda) is having a hard time sleeping. Night after night he keeps having dreams of a beautiful woman he's never seen nor met before. An unknown force guides his steps to a shop owned an operated by Francis Lamont (Neil Hamilton), who custom makes dolls. Inside, Rick discovers two dolls that catch his eye; one identical to the mysterious dream woman who turns out to be a real woman named; Bianca Milan (Linda Christian) and another of his own girlfriend, Donna Trent (Ariadna Welter). Strangely, the shop owner tells him that he had the doll of Bianca custom made per Rick's orders (which he doesn't remember doing), but Donna's doll was ordered by someone else. Immediately after they leave, Francis heads downstairs to an altar with the doll - as we soon find out, a voodoo doll - with the likeness of Donna and stabs it with a pin. This puts her in the hospital, where she's diagnosed with a heart spasm and learns she'll have to be under observation for some time. 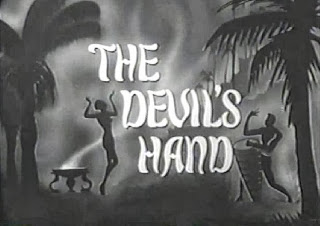 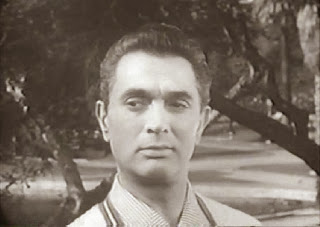 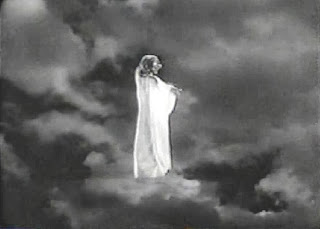 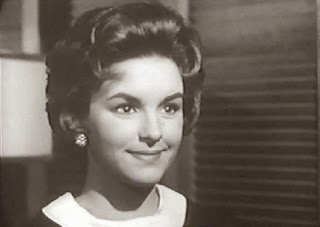 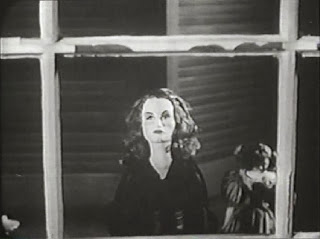 Rick's next dream features Bianca informing him that if he wants to find out just what's going on to come find her. Rick shows up at Bianca's apartment and realizes the bosomy, heavy-breathing blonde was already expecting him. She informs him that she was able to come to his dreams through "thought transference;" projecting her desires into a doll in his likeness. Bianca's been worshiping "Gamba, the Great Devil God of Evil" and wants Rick to do the same. She confesses to belonging to a cult of worshipers who congregate at a shrine beneath the doll shop. Taken by the bewitching Bianca, Rick attends a ceremony there with his new "sponsor." There, a man plays bongo drums, a woman dances and Francis the "high executioner" offers up a human sacrifice. To test loyalty, a follower is placed under a wheel full of blades, the wheel is spun and then lowered onto the person. If the blade hits and bends then the person is worthy of being a follower. If the blade falls and pierces the heart, they are not. Rick swears allegiance to Gamba and promises to abide by all of the rules; only half-heartedly believing any of this. 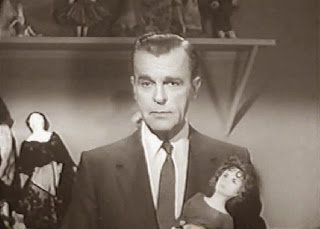 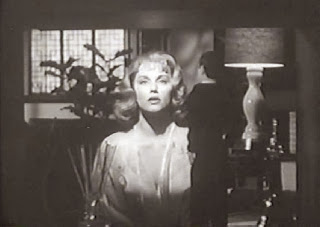 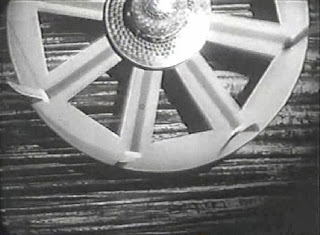 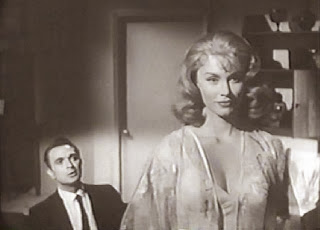 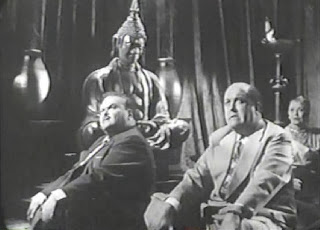 Bianca takes him back to her home and promptly informs him "You'll never escape me, darling!" And he is quite fine with that... at least at first. He's also quite fine with the fact that he starts reaping the rewards of being a follower of Gamba; making tons of money at the race track and even more on the stock market. Still, a call of conscience comes to him in regards to Donna; who's still in the hospital suffering since her voodoo doll is still pierced back at the shop. To relieve her pain, he sneaks back into the shop late at night, removes the pin and positions it to look like it's still pierced. Growing jealous and insecure, Bianca has cultist Mary (Gere Craft), a nurse, hired at the hospital to spy on Donna and make sure she and Rick aren't rekindling things. Rick makes one too many trips to the hospital for Bianca's liking, so she decides to concoct a plan that will both test Rick's loyalty and end his relationship with Donna permanently. 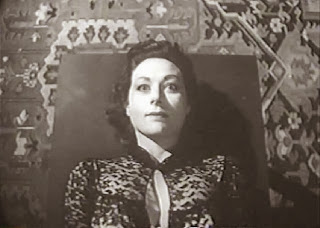 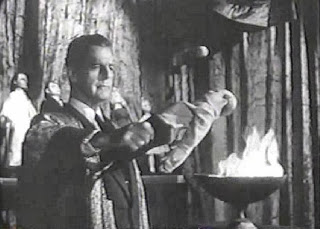 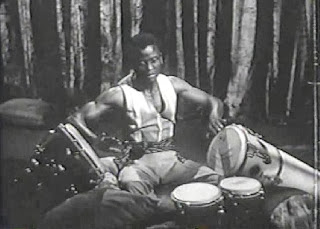 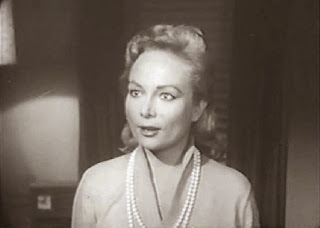 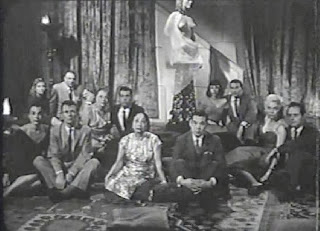 A very low-budget offering, filmed in 1959 but not released until 1961 (IMDb says 1962 but they're wrong), The Devil's Hand is talky and has extremely cheap-looking sets but the cast is pretty good (particularly Hamilton and the luscious Christian) and the plot is well-paced and engaging enough to maintain interest. It's not surprising that screenwriter Jo Heims went on to a successful writing career, later penning scripts for Dirty Harry (1971), Play Misty for Me (1971), You'll Like My Mother (1972) and other films. Roy Wright (who was also in the same director's Ghost of Dragstrip Hollow [filmed the same year]) has one brief scene as a doctor and Jeanne Carmen (from The Monster of Piedras Blancas [1959]), Corman movie regular Bruno Ve Sota and Hollywood veteran Gertrude Astor play just a few of the cult members. 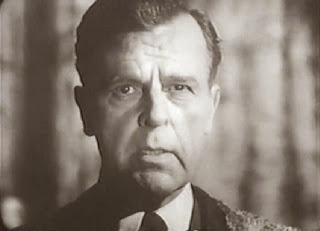 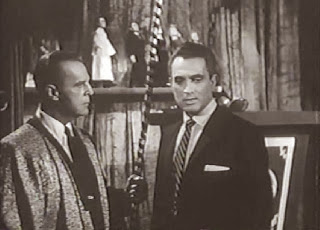 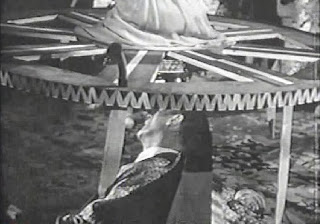 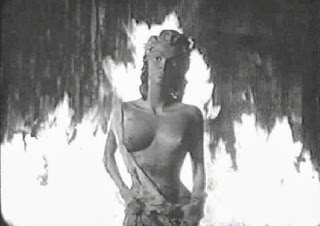 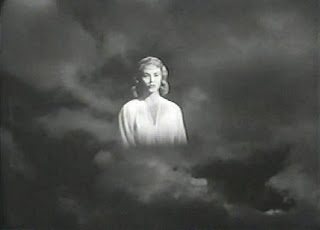 The surprise cast member here though for me was Mexican actress Welter in an extremely rare (her only?) American film appearance. The daughter of a wealthy Shell Oil executive born in Mexico City, Ariadna traveled the globe during her youth and became fluent in six different language (her English in this one is just fine). In Mexico, she also appeared in The Vampire (1957), The Vampire's Coffin (1957), The Brainiac (1961), 100 Cries of Terror (1965), The Panther Women (1967) and other horror and fantasy films. I wondered how she ended up in this very cheap independent American production, but a little research revealed that she's the sister of this film's star, Linda Christian; who was born under the name Blanca Rosa Welter and was married to actor and heartthrob Tyrone Power.

A public domain title, this has been spoofed on Rifftrax and you can view it online f.o.c. The print isn't the best quality but it's watchable.