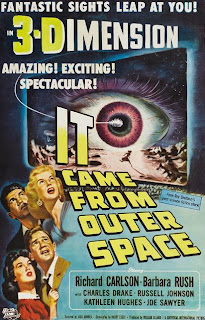 
A large, fiery meteor crash lands right outside of the small desert town of Sand Rock, Arizona. Astronomer and writer John Putnam (Richard Carlson), who's just moved to the area from the big city for a more low key kind of life, and his school teacher girlfriend Ellen Fields (Barbara Rush), are having a late date night and happen to spot the crash. They charter a helicopter from Pete and fly out to the huge, smoking crater where the meteor hit. John goes down to further explore things and realizes that it wasn't just a meteor that hit the Earth but a spherical spaceship. John also spots a shiny, glittery substance all over the ground. A sudden avalanche occurs and covers the craft with tons of rock before anyone else can see it. Once the authorities finally show up, John relays what he saw and demands that the area be sealed off until they can determine what exactly is going on. That's not quite what happens. No one takes him seriously. He and Ellen don't even really go into much detail about the large, one-eyed monster they briefly spotted in the middle of the road on their way back home either. What's the point? 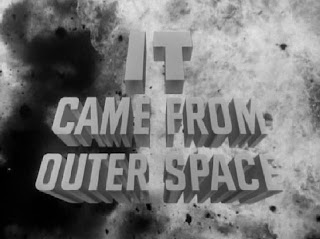 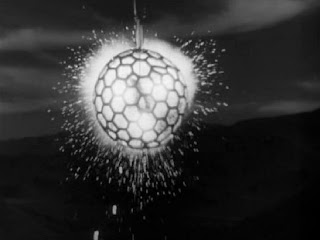 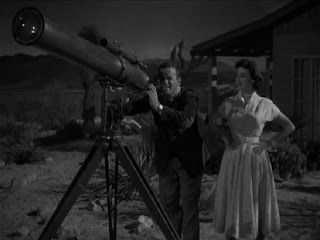 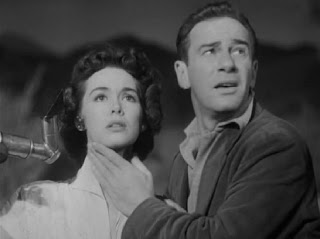 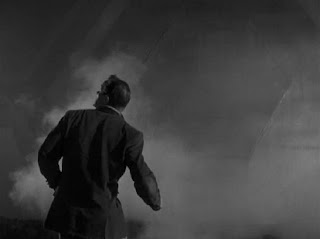 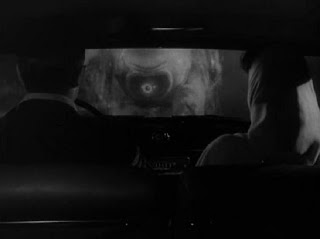 The following day, an article mocking John's claims appears in the morning paper and the crater is swarming with military men, news crews and the local authorities. John's colleague Dr. Snell is also there, but even he doesn't believe his friend's claims because the lack of radioactivity and all of the available evidence points to it just being a meteor. Snell refuses to authorize an expensive excavation and other accuse John of just wanting free publicity for a book he's currently writing. Strange things begin to occur. Telephone repairmen Frank (Joe Sawyer) and George (Russell Johnson) keep picking up weird interference on the telephone lines. On their way back into town, both men cross paths with one of the alien visitors, who demonstrates its ability to duplicate and impersonate humans. 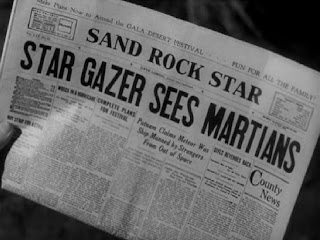 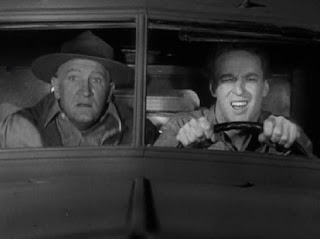 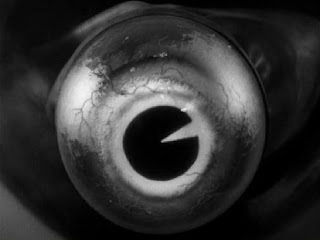 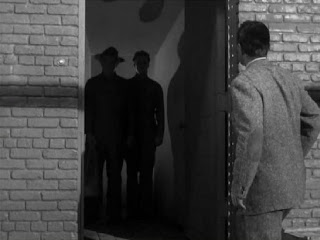 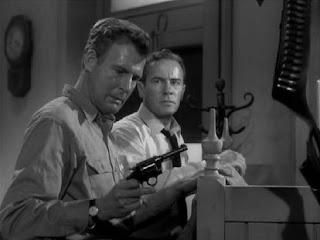 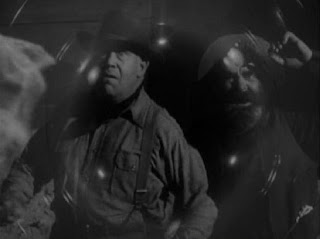 The aliens, now using the appearance of George and Frank but speaking in an emotionless monotone, head into town to look around and gather up things they need. Others - including a trio of prospectors, Dr. Snell and eventually Ellen - all vanish. When John finally gets to have a conversation with the aliens, he's informed that they mean humans no harm, but they can and will do terrible things if they're forced to. They are on Earth by sheer accident and now simply want to repair their ship and leave. They know we will do stupid things if we see them because we humans fear and then try to destroy things we don't understand. The people who have turned up missing haven't been killed; they are simply being held for collateral until the aliens can make a safe getaway. John decides to heed their warnings and lay low. Sheriff Matt Warren (Charles Drake), a childhood friend of Ellen's who from all indications is in love with her, isn't sure if they can be trusted and unwisely decides to organize a posse to destroy them. 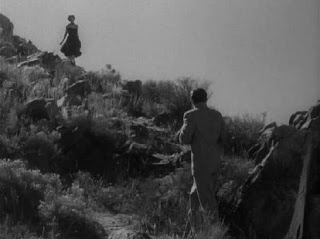 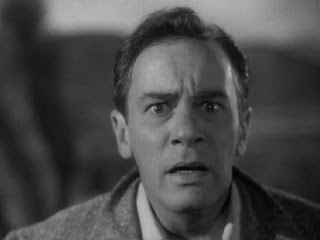 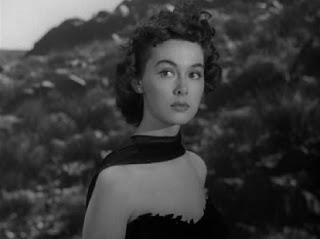 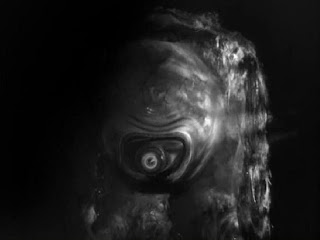 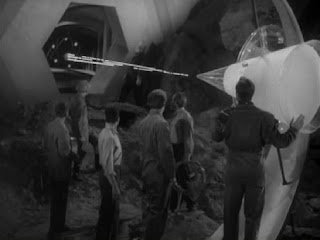 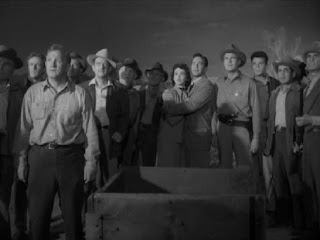 This classic, influential Universal sci-fi flick (adapted from Ray Bradbury's short story by Harry Essex; rumor has it that Essex's script is almost identical to Bradbury's original treatment) has some heavy-handed dialogue and stilted acting (though the leads are alright), but it's entertaining, well-shot and has proved to be quite influential over the years. The very attractive Rush actually won a Golden Globe in the now-defunct "Most Promising Newcomer - Female" category for this performance. Originally released to theaters in 3D (Universal's first release to take advantage of the technology), where it became a hit. Roger Duchowny's made-for-TV "sequel" It Came from Outer Space 2 debuted on TV in 1996.

Oh that made for TV sequel! Don't remind me of it! I will never, EVER get those hours back! I've always been a huge fan of the original, I have a lot of childhood memories of coming home from school and it being on TV, hugely entertaining and very well shot! Although I know what you mean about some of the acting! A superb review as always :)

Thanks a lot Cal! I haven't seen the sequel in many years but I remember not liking it much.