Voyage to the Planet of Prehistoric Women (1968) 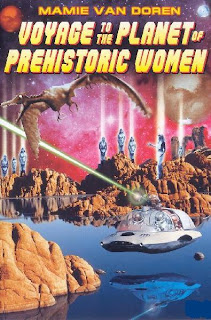 
After a narrated explanation of our space program, this hops right into some more narration from a man living in the year 2000 reminiscing about a woman he'd met and lost several years ago. We now head back to 1998 just as the first manned spaceship to Venus has set off on a 26 million mile trip. Tragedy had befallen a previous attempt when a meteor hit it and caused an explosion, killing everyone on board. This follow-up attempt in a rocket has just two passengers; astronaut Howard Sherman ("Ralph Phillips" / Yuriy Sarantsev) and ship captain Alfred Kerns ("James David" / Georgiy Teykh). They're able to get away with such a small crew because Kerns' invention, "Robot John," does much of the work. Listening intently from home base are Commander Billy Lockhart ("Roberto Martelli" / Vladimir Yemelyanov) and astronauts Hans Walters ("Murray Gerard" / Georgi Zhzhyonov) and Andre Furneaux ("Aldo Romani" / Gennadi Vernov); whose job it is to help out the other mission if things go haywire again. And, of course, they do go haywire. Listening to the sounds of the other ship crashing landing over their radio, the rescue mission is underway. 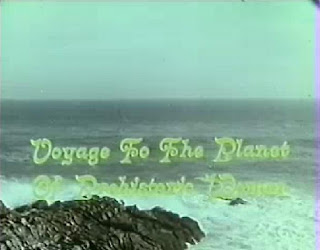 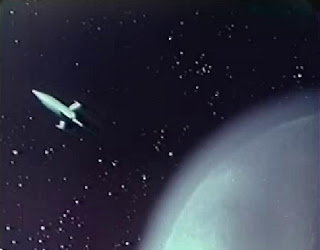 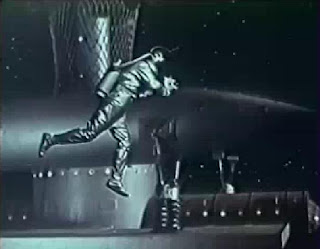 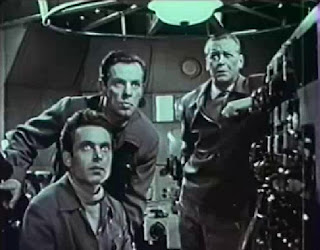 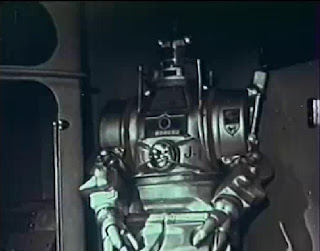 On their way there, Furneaux (the narrator) wonders "... if maybe there wasn't some reason Venus had been named after the Goddess of Love." Foreshadowing! The men finally land, get an adequate oxygen content reading (uh huh) and set out looking for the other ship. They hear strange, siren-like calls, have an encounter with a man-eating tentacled plant and get in their hovering "space car" to do some sight-seeing, where they spot a dinosaur. Meanwhile, Sherman, Kerns and Robot John are out and about looking for shelter. They encounter vicious upright-walking lizard people and eventually find some caves hidden behind a waterfall where they can hide out until they're rescued. The other astronauts encounter various other creatures like a Pterodactyl, an octopus and a dinosaur. 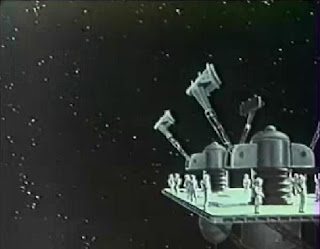 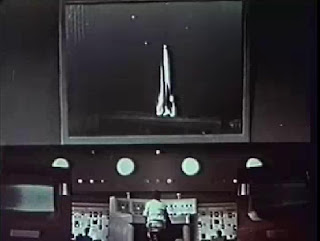 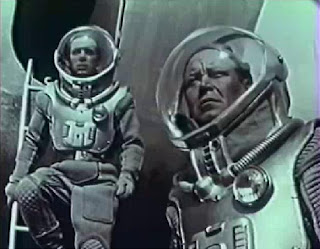 Meanwhile, near an ocean live a handful of fabled, mermaid-like "prehistoric women." These ladies are fair-haired, hot and decked out in clamshell bras and hip-hugging spandex pants with flared bottoms. They lounge around on the rocks catching some sun, feast on raw fish, spy on the landed astronauts, worship the Pterodactyl God "Ptera" and have a memorial service for one of their fallen reptilian friends after one of the astronauts shoots it with a laser. The queen, Moana (Mamie Van Doren), plots revenge on the astronauts for shooting one of their birds, so the ladies pray to the "God of the Fire Mountain" and cause a volcanic eruption. Can the five astronauts escape? 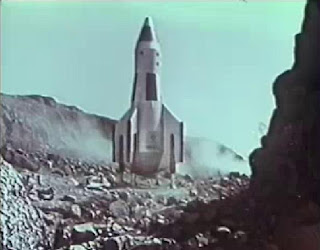 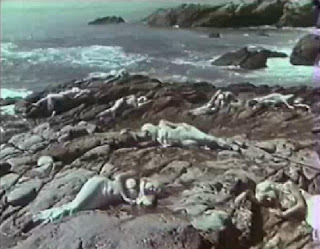 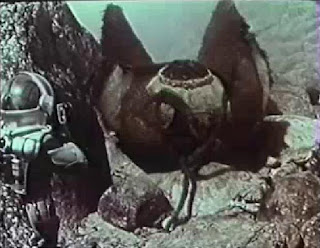 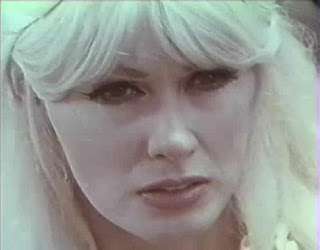 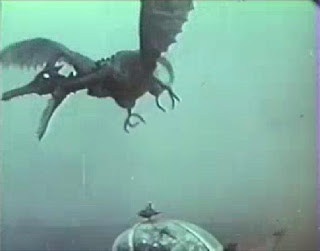 So here's the scoop on this hodgepodge of a production. Producer Roger Corman (credited as "Norman D. Wells" here) had acquired the rights to Pavel Klushantsev's Russian sci-fi adventure PLANETA BUR (or, "Planet of Storms"). Instead of releasing it as is, Corman had the film English-dubbed and re-edited, and let director Curtis Harrington film brand new scenes featuring Basil Rathbone (who was filming Harrington's QUEEN OF BLOOD at the same time) and Faith Domergue to add to it. The resulting film was released in 1965 as VOYAGE TO THE PREHISTORIC PLANET. Just a few years later, Corman allowed another director, a young Peter Bogdanovich (billed as "Derek Thomas" and probably also the credited writer, "Henry Ney") to tinker around with the footage again to create a second all-"new" feature, which is this one. 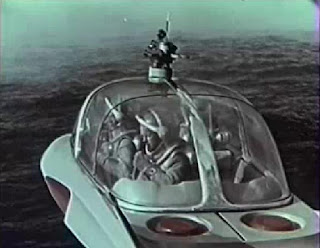 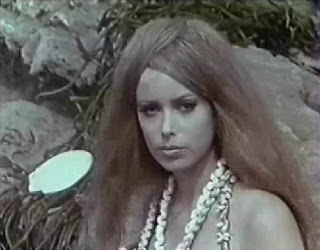 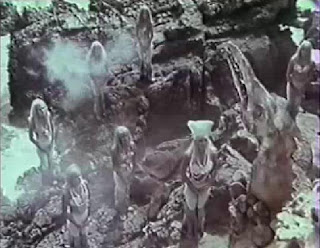 All of the space footage and scenes with the astronauts (i.e. all of the good stuff) is from Planeta Bur. In addition, a few effects were swiped from the BATTLE BEYOND THE SUN; another Russian sci-fi film made in 1959 that Corman purchased the rights to. The scenes with the nine "prehistoric women" are Bogdanovich's. He also added new narration to the film to weave his footage in with the old footage. Any time I watch a film that's been tinkered around with and been re-released as something else, I never weigh the original footage into my score; just how well the new footage complements or enhances the old footage. In this case, that's not very well. Not to say this isn't enjoyable to watch. It is. There's a lot of fun to be had here, but almost all of that comes from the original Russian film, which I am now hyped to see based on what I've seen here. 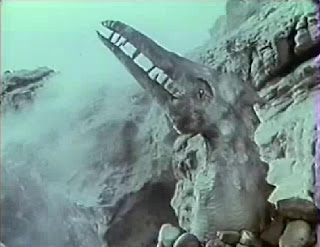 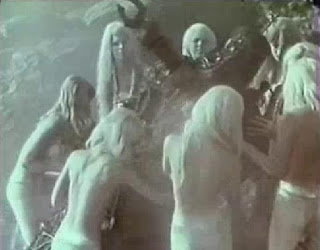 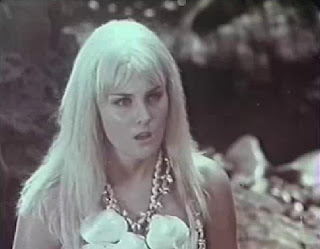 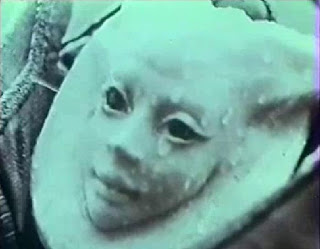 Just one year after working on this, Bogdanovich hit it big with the excellent and still timely TARGETS (1968). Not long after that he'd become the critics new It Boy with such Oscar-winning films as The Last Picture Show (1971) and Paper Moon (1973).