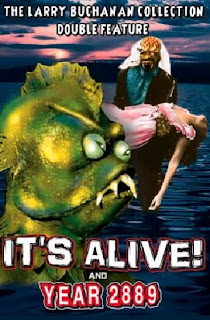 
The last of eight films made for Buchanan's production company Azalea Pictures that were used to pad out an AIP TV package, this is unlike most of the others in the series in that it's not a remake of a 50s sci-fi favorite. Instead, Buchanan was allowed to use an un-filmed screenplay by Richard Matheson called Being, which at one point was going to be filmed as G.O.O. starring Peter Lorre and Elsa Lanchester but fell through. Matheson's name is nowhere to be found in the credits, which is just as well for him since Buchanan does his usual thoroughly inept job with the material handed to him. Middle-aged couple Norman (Corveth Ousterhouse) and Leslynn (Shirley Bonne) Sterns are on their way to a Wilson National Park and accidentally take the wrong road off the highway. After driving a bit on a country back road and getting low on fuel, they spot a jeep pulled over to the side and get out to talk to a young man, Wayne Thomas (Tommy Kirk), who points them in the direction of a farmhouse where they may be able to borrow some gasoline. They travel up the road a ways until they reach the home. The owner, Mr. Greely (Bill Thurman), claims they have no gas but a delivery truck should be by shortly to bring some. He invites the couple inside his home to wait. 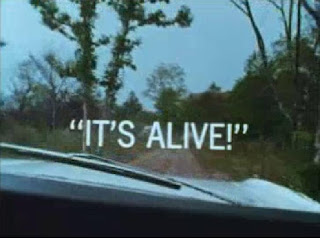 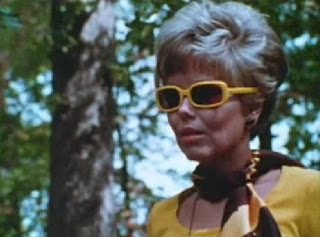 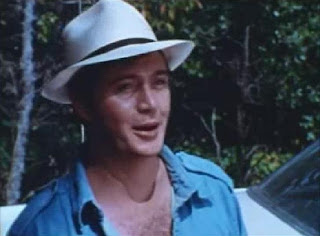 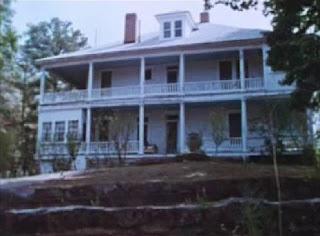 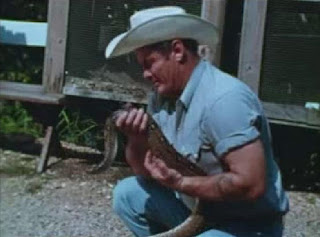 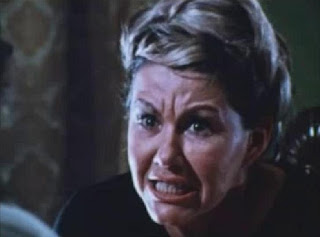 Mr. Greely is, you could say, eccentric. He has a stuffed lizard on the mantle in his home and keeps cages outside full of various animals (wildcats, monkey, pigs, rattlesnakes). He slaps around his poor housekeeper Bella Pittman (Annabelle Weenick), who's frightened to death of him, and tells her not to say anything to the couple that might scare them away. When Wayne shows up to check in on the couple, Greely clubs him over the head with a wrench before luring Norman and Leslynn down into some caves. There, he manages to lock them inside. Wayne, a little battered but not badly injured, is locked up there, too. The cave system is huge, with all kinds of tunnels going up and down. The trio begin exploring when Greely shows up to inform them they're sharing space with some kind of "thing." That "thing" turns out to be some kind of giant lizardy creature that spends most of its time in some bubbling hot spring and only emerges to grab a bite to eat. 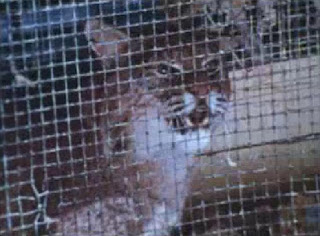 Captured, stuck in a cage and then forced to co-star in 'It's Alive'? Whatta life! 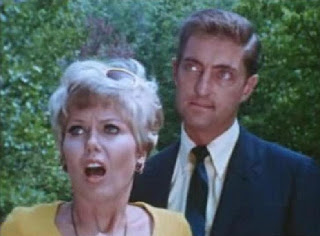 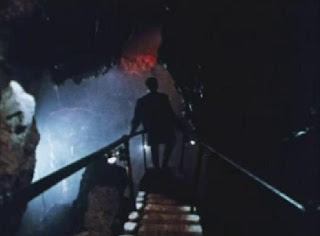 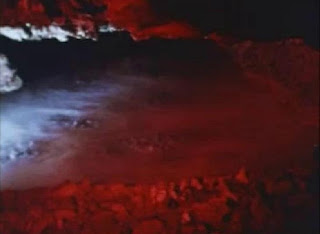 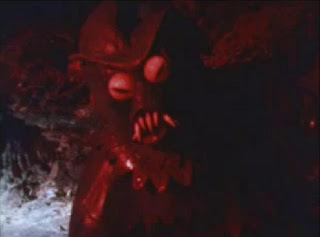 As if the situation isn't bad enough already, stress brings out the worst in Norman (who's a huge prick, anyway) and he attempts to lure Wayne to his death but instead gets gobbled up. Wayne, who conveniently happens to be an assistant professor of paleontology, pegs the monster as a massasaurus, or aquatic lizard, which grew to be 40 to 50 feet tall and lived around 75 million years ago. Greely has a crush on Leslynn and says he'll take her out of the cave if she'll be extra nice to him. He even says he'll get rid of Bella if need be. Bella overhears his plans and agrees to help the captives. But first... 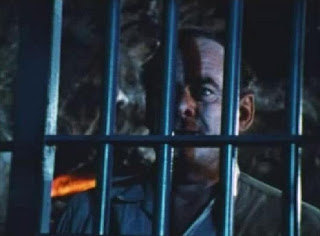 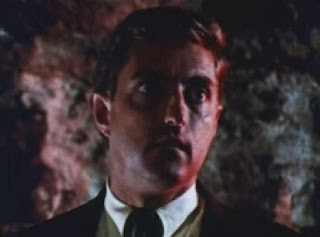 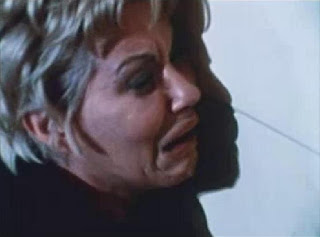 "It was like I was on a treadmill in a horrible nightmare!" 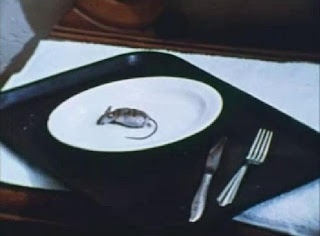 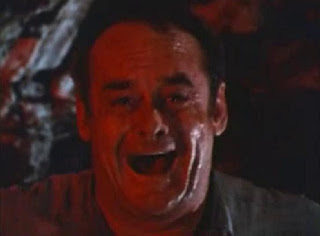 The flustered "maid" tells about she ended up there to begin with during an extra long and utterly pointless flashback sequence. Once a school teacher, she was passing through the area and needed a cheap place to stay. Greely offered her a room, locked her inside, denied her food and water for days, served her a dead mouse on a plate and would sneak into her room while she was sleeping and blow a whistle in her face. She retaliated by throwing peroxide in his face and trying to escape but he caught up to her and beat her with a belt. Ever since then she's been his slave. These scenes were clearly filmed with a different camera than the rest of the movie. They were also shot without sound. Lips move and nothing comes out, so narration is used; long enough to completely get our minds off of what else was going on. After some drugged tea and dynamite, it's over. 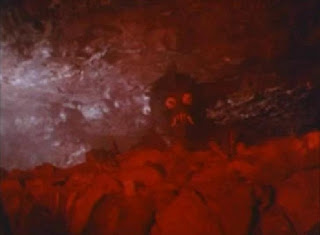 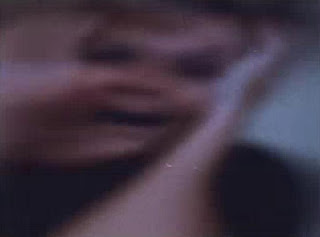 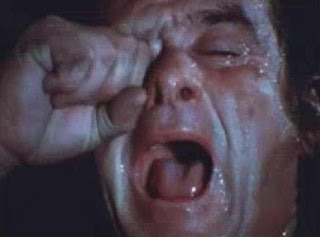 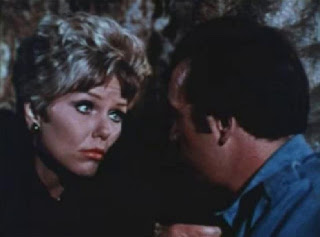 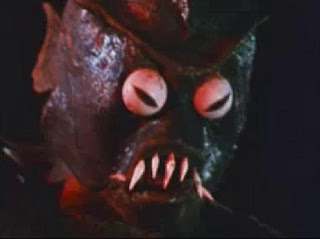 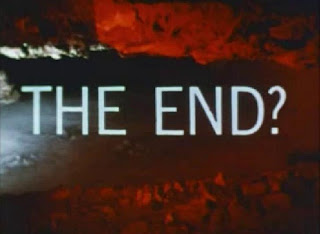 It's Alive! was filmed in the same caves as ZONTAR, THE THING FROM VENUS (1966), a remake of IT CONQUERED THE WORLD (1956), and utilizes the same awful googly-eyed monster costume as CURSE OF THE SWAMP CREATURE (1966). Buchanan himself does the corny narration ("An ominous feeling invaded the privacy of the car; a feeling that intensified with each turn in the winding highway...") at the beginning.

Has to be an improvement over Tommy Kirk's MARS NEEDS WOMEN, but since the Monster only appears twice it's pure conjecture. That 22 minute jaw dropping flashback probably makes this Buchanan's worst!

Mars Needs Women is one of the few Buchanan movies I haven't seen yet. Wish I could say I was looking forward to it!

I'm not sure why I've always been drawn to Buchanan so much. He's kind of like a Bill Rebane on Quaaludes - bad, slow, weird, bad.

Probably the same reason I was compelled to have a Nick Millard marathon. Morbid curiosity to see just how bad it could possibly get.