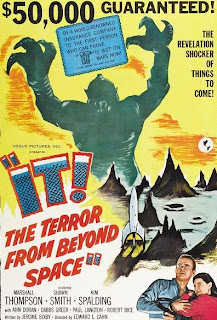 
This low-budget sleeper was a key inspiration behind the extremely influential blockbuster ALIEN (1979) and its first sequel ALIENS (1986), which makes it a must for serious fans of the genre. Set in the near future (1973 to be precise), Colonel Edward Carruthers (Marshall Thompson) of the United States Space Command finds himself alone on Mars. Sixth months earlier, he and his nine-member crew completed the first successful trip to the red planet but the ship was heavily damaged in the landing, stranding them. Since then, everyone except for our protagonist has mysteriously disappeared. In Washington at the Division of Planetary Exploration, a press conference is held to reveal the bad news. A rescue mission led by Colonel Van Heusen (Kim Spalding) has been organized, Carruthers has been apprehended and the new crew begin the four-month-long trip back. Being accused of murdering the others on his mission, a court martial and a military firing squad awaits Carruthers back on Earth... granted he and the others can even get there in one piece! Prior to their lift-off, one of the men decided to open the air lock and throw some empty crates out. In the process, whatever it is was that killed off most of the initial crew has snuck onboard. 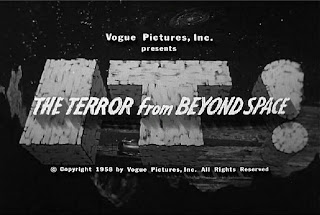 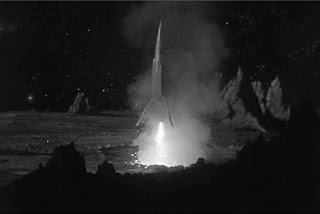 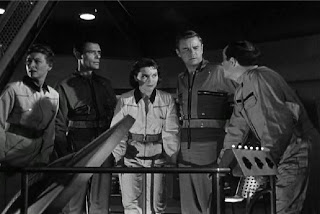 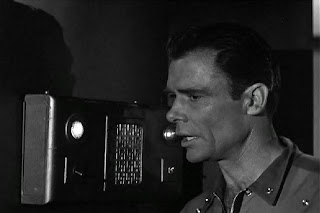 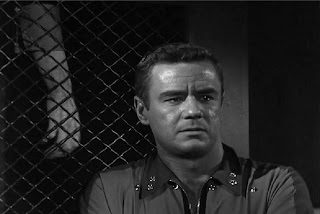 No one seems to believe Carruthers when he talks of a potential "mysterious creature" that killed his crew. And the ones who do don't believe their superiors on Earth or the courts are going to believe it. Logic seems to point in the direction that Carruthers freaked out when they became stranded and decided to kill everyone so the food supply would last longer. He claims that all of the men disappeared during a sandstorm. A skull of one of the crewmen with a bullet hole in its head is all the evidence there is, so it's not looking good for Carruthers. Despite this, the mild-mannered suspect is allowed to roam free on the ship, as one notes "Can you think of a better prison?" In other words, there's no escape for anyone. For four long months. First one man disappears. And then another. A shriveled body turns up. And since Carruthers was with some of the other crewman at the time of the deaths, blame can no longer fall on his shoulders. After everyone actually sees the creature, it's a struggle for survival from then on out. 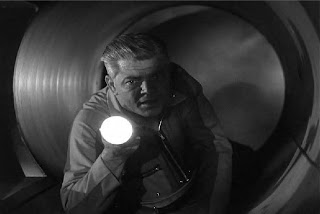 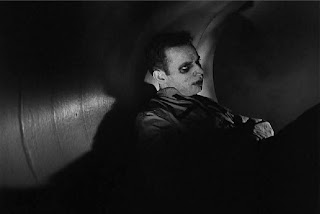 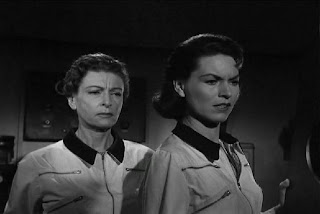 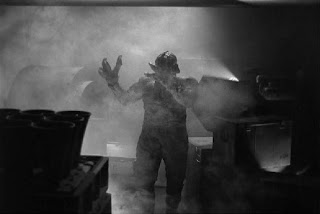 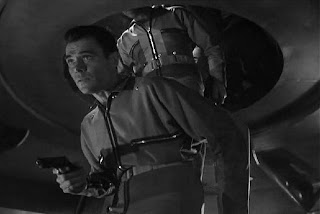 With two men already dead, the remaining eight whip out their arsenal of guns, explosives and other weaponry. They wire all of the ventilation shafts (where the creature is first spotted) with grenades (!) and wait. After setting off that trap and managing to easily survive explosions, the monster proves to be impervious to both bullets and poison gas. They manage to trap it down below for the time being while trying to figure out just what to do. An autopsy conducted on one of the victims reveals that there's not a molecule of oxygen or a drop of water left in the body. All blood, bone marrow and every ounce of edible fluid is gone, leading to death by dehydration and cellular collapse. If that's not bad enough, whoever is injured by the creature gets infected with an alien bacteria that creates a fast-spreading, leukemia-like condition that our antibiotics have no effect on.

As the situation grows more grim and the monster starts getting hungry again (it can easy tear its way through whatever metal door or hatch is in its way), the humans must start risking their asses to try to take it out. Unfortunately, the near indestructible being manages to not only survive all of their weapons, but seemingly everything else they throw its way. Metal steps wired with enough electricity to kill 30 humans barely slows it down. Even direct exposure to a nuclear reactor capable of killing 100 does nothing. Everyone left is eventually forced up to the top level control room, their last possible sanctuary, and must come up with a brand new plan before the monster gets in. 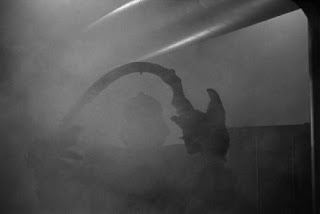 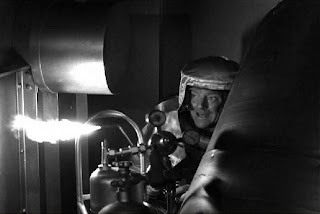 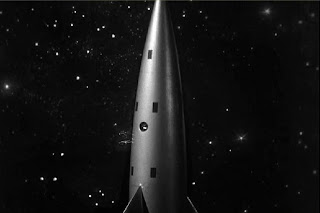 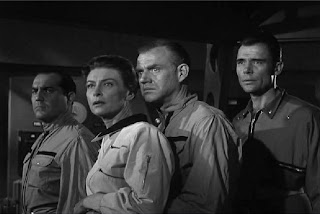 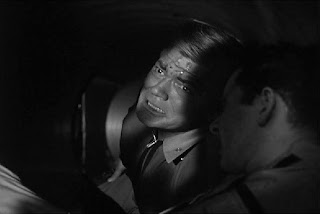 Since this was made prior to our expansion of space knowledge, some of this is now naturally silly or hard to believe. Just being one small puncture away from death doesn't stop these folks from constantly firing guns and setting off things to explode! There's also one moment that has two of the astronauts climbing outside of the traveling rocket and walking down the side to access a floor below where the creature is. Moments like those aside, this is a solid, well-paced little sci-fi / horror / suspense film. The man-in-a-suit monster design, with a pig-like snout, sharp claws and rows of sharp teeth, actually isn't too bad for the time, though it's usually kept in the shadows.

I've already mentioned its influence on the Alien series, though I've not really given many examples. The similarities don't stop at the premise of an almost unstoppable alien stowaway let loose in the claustrophobic closed confines of a spaceship either. A scene of one crewman crawling through the ventilation shaft with a flashlight and encountering the monster instantly brings the later film to mind. The bacterial "infection" which leads to some nasty stomach cramps was of course expanded upon in Alien with the monster "impregnating" victims leading to the famous stomach-burster scene. Both films also utilize the air lock to finally stop the creature, though they go about it in two completely different ways. Of course Alien had the talent, budget and lack of censorship to fully realize the horror-aboard-a-spaceship scenario while this film did not. That hardly means this deserves to be forgotten; it deserves a place in genre history as an influential minor classic. 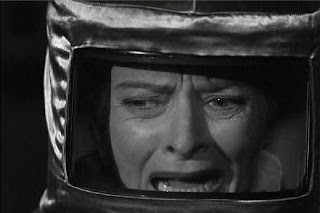 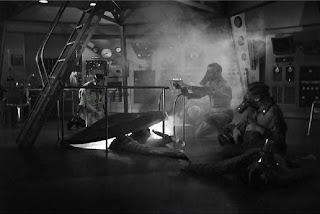 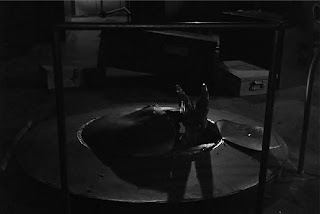 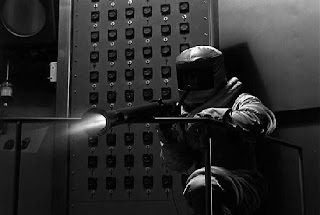 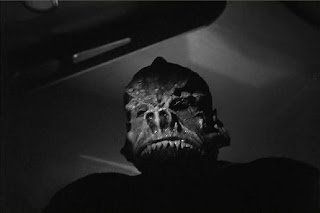 The cast also includes Shirley Patterson (billed as "Shawn Smith") as the female love interest who sparks the affections of both Carruthers and Van Heusen, Ann Doran and Dabbs Greer as husband-and-wife doctors, Paul Langton (THE COSMIC MAN) and Ray “Crash” Corrigan as the monster. Director Cahn also made many other enjoyable low-budgeters, including INVASION OF THE SAUCER MEN (1957) and THE FOUR SKULLS OF JONATHAN DRAKE (1959). The ads offered 50,000 dollars to anyone who could prove that "It" is not currently on Mars!

Leading contender for worst sci/fi-horror movie of all time.