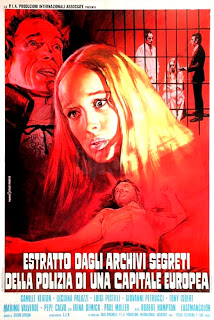 
Originally titled Estratto dagli archivi segreti della polizia di una capitale Europa (roughly: "From the Secret Police Files of a European Capital"), this attempt at a modern Gothic pretty much flat lines. After some sailing, four young hippies - pretty Jane (Camille Keaton), her boyfriend Joe (Máximo Valverde), wannabe musician Fred (Giovanni "Petrucci" / Petti) and rich, spoiled industrialist's son Bill (Tony Isbert) - decide to camp out on Lighthouse Point beach. Bill has the hots for Jane and tries to impress her by giving her a pearl necklace. We discover that there's a strange legend behind the necklace. Supposedly, it belonged to a crazy old woman believed to be possessed by the devil and the possession was thought to have been brought on by the cursed pearls themselves. The woman who owned them was exorcized but she and her entire family died anyway. Bill had tried to give them to his mother (Irina Demick) but she gave them back to him because she found it to be in bad taste. So now they're Jane's. She accepts the gift but refuses to kiss him for it. After all, she already has a boyfriend. Now I need to stop right now and point out that this "possessed pearls" subplot has absolutely nothing to do with the rest of the film, so why it required about ten minutes of screen time, a lengthy flashback and constant shots of Jane strumming the pearls is anyone's guess. 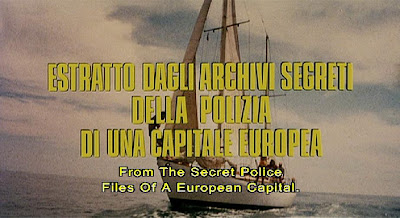 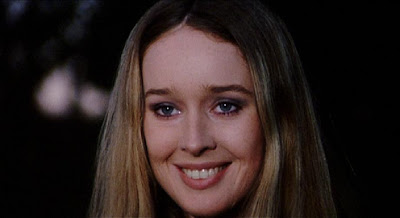 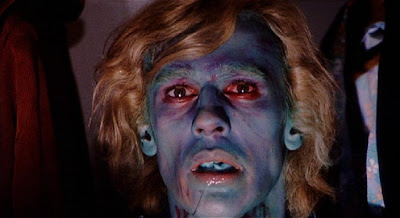 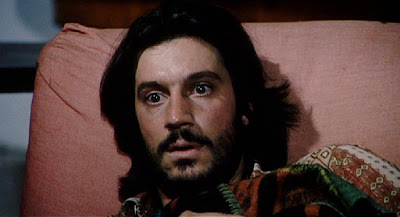 All four decide to take a trip to town in Bill's dune-buggy like "Scarabo" vehicle. They run out of gas and have to push it to the nearest gas station. When they arrive, the attendant ("Pepe" / José Calvo) acts like a prick and refuses to take their traveler's checks without an ID. Just to get rid of them, he pumps a tiny amount in and sends them off. The little bit of gas doesn't take them very far and they end up stranded by a large villa. A voice over the intercom tells them to park their car in the garage and come inside. They briefly meet the home's bizarre-acting owners: Lady (Luciana Paluzzi) and Lord (Luigi Pistilli) Alexander and are welcomed to spend the night. While bathing, Jane falls into a trance, wanders downstairs and finds herself stretched out on a sacrificial table with her hostess hovering over her with a knife. The guy stumble in just in time and disrupt the black mass. Over a struggle for the knife, Bill accidentally stabs Lady Alexander and they take off. Make-up artist Carlo Rambaldi then gets to take over as the cultists start slaughtering each other set to the tune of Stelvio Cipriani's classical score. 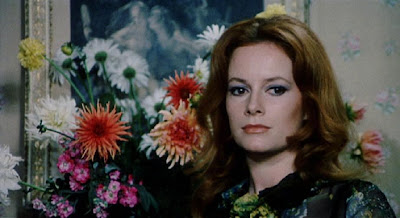 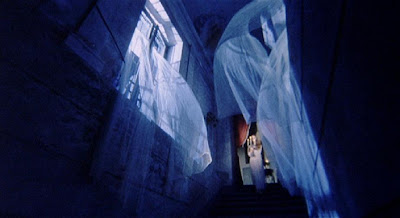 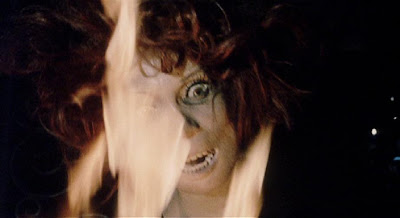 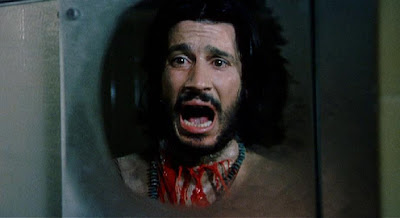 Jane and company then make a pit stop at Bill's home, his mother gives them money for a hotel (dad's away on a hunting trip and her lover is spending the night) and they end up going to Bill's father's country home to hide out and try to decide what to do. A news broadcast compares the Alexander home massacre to the Manson murders and authorities already suspect the presence of hippies (Fred left his guitar behind). We also learn that Lady Alexander's body has disappeared and that the gas station owner died fifteen years ago. One by one, the young folks are mysteriously killed off - or forced to kill themselves - by some unseen force. The sole survivor is rushed off to a nuthouse in a catatonic state where doctor Paul Muller tries to explain the nonsense we just witnessed. 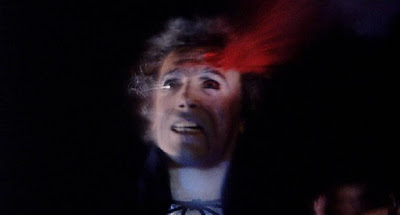 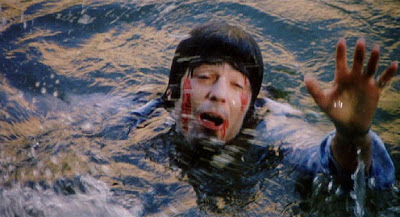 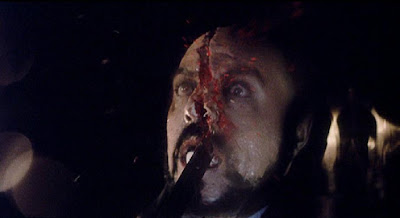 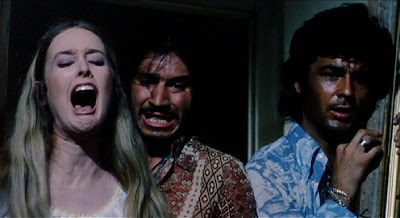 One might expect a bit better from director Freda (using the alias "Robert Hampton" here), one of the pioneering forces behind the late 50s / early 60s Italian Gothic revival. The film has some nicely composed shots here and there - including one of Jane descending a staircase holding a candelabra while the curtains blow in the wind - but otherwise it's pretty bland. In interviews, Freda has stated that he hated this movie and regrets making it, and it's easy to see why. One thing that does breath a little occasional life into the proceedings are the Rambaldi fx. There are some very gory moments in here, such as a gunshot to the head and a man slashing his own throat. The best however is a man getting his head hacked in two with a sword. It's so good the filmmakers decided to repeat it at least five times. Keaton - best known for her starring role as the vengeful rape victim in the notorious I SPIT ON YOUR GRAVE (1978) - also has some nudity. 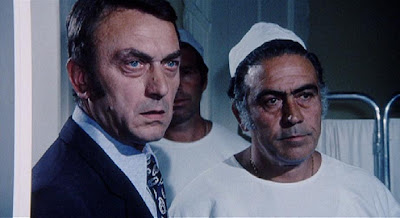 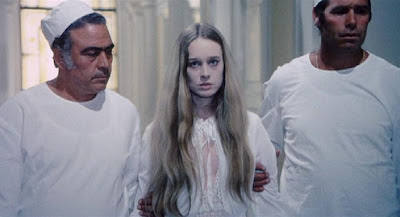 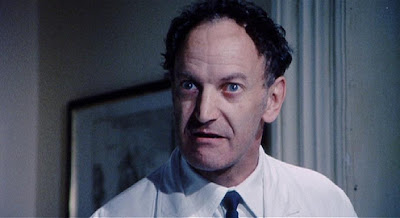 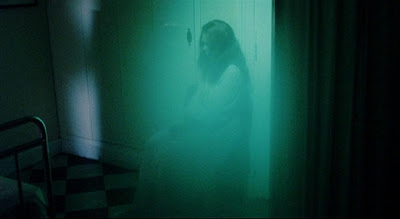 The DVD - titled Tragic Ceremony on the cover but Estratto dagli... on the actual print - is from Dark Sky. The disc also comes with a 13-minute interview with Keaton titled Camille's European Adventures, where she briefly discusses her work in WHAT HAVE YOU DONE TO SOLANGE? (1971), SEX OF THE WITCH (1973), this film and MADELINE, STUDY OF A NIGHTMARE (1974), which has never been released in America but she claims is her favorite of all her films.