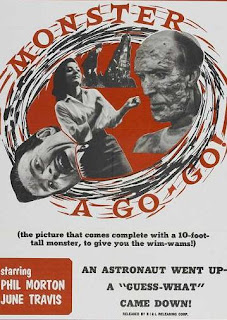 
What you are about to see might not even be possible... "Sheldon S. Seymour" (Herschell Gordon Lewis) needed a co-feature for his hillbilly exploitation flick MOONSHINE MOUNTAIN (1964), so he bought an unfinished film from Bill Rebane (shot in 1961 under the title Terror at Halfday), shot some new footage, added narration to tie the loose ends together and then released this mega-bomb onto unsuspecting audiences. It has since gone on to be renowned as one of the worst movies of all time, so grab your "radiation repellent" and enjoy... if possible. Somewhere in the woods near Chicago, an unidentified object has crash landed. Cops following up on eyewitness reports of the crash and led by Col. Steve Conners, go to investigate. There, they find a crashed space capsule but the astronaut inside - Frank Douglas - is nowhere to be found. Nearby is a helicopter and a dead pilot "horribly mangled in a way no one had ever seen before." They take the body ("...shriveled up like a prune!") back to the lab where it's discovers the victim has been cooked from the inside out by a powerful jolt of radiation. A doctor and a military man are called in to aid the investigation. 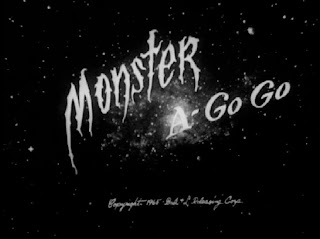 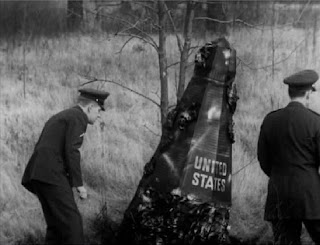 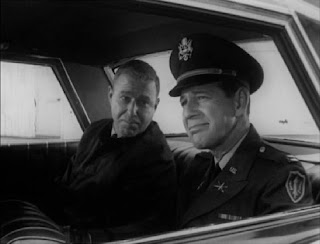 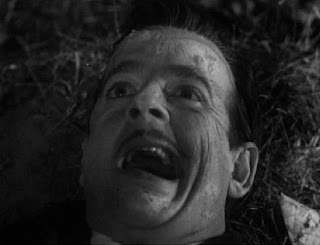 Meanwhile, at a party, a man gets jealous his girl is jitterbugging with another guy and forces her to leave. The two go into the woods to kiss and make up but are attacked by the mutant astronaut (who's played by Henry Hite, at the time the Guiness Book record holder of "World's Tallest Man"). The guy is killed and the woman is found delirious and in a state of shock the following day. Some female sunbathers are scared off by the creature and a lab tech is killed when he ventures into the woods on his own to investigate. Authorities describe the killer as "... a radioactive something or other. 10 feet tall. 400 pounds." The film then cuts to what I assume are the scenes Lewis shot, which are a mix of boring / awkward / talky and utterly senseless. They're sat at a lab and involve the doctor brother of one of the victims, his female lab assistant and a few others. The doctor has been harboring the mutant astronaut and has managed to keep him docile for a week using an antidote. It's explained that Douglas was given an overdose of an experimental formula to help one withstand more radiation but it backfired. The creature trashes the lab, steals the antidote and escapes yet again. Since they didn't have Henry Hite for the new footage, all of this is basically discussed and not shown. Other scenes (such as a woman running out of gas and a truck driver helping her) are absolutely pointless. 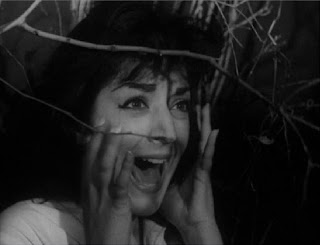 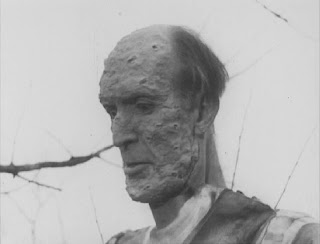 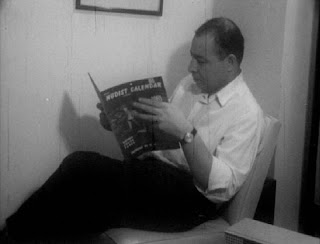 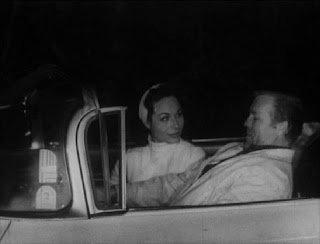 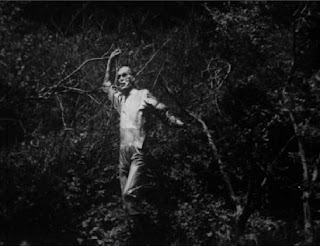 Is this as terrible as it's reputed to be? Yes. Yes. A resounding YES. The dialogue, acting, editing and everything else are all terrible. Characters who seem to be a major part of the first half completely disappear from the rest of the film. I couldn't even tell some of these people apart and I stopped trying to even follow the "plot" after the first half. Though Hite looks pretty cool and menacing in his make-up, there is next to no monster action and he's only seen a couple of times and barely even does anything. In the Lewis shot footage, he was reduced to filming a few close-ups of feet walking or a shadow to represent the creature. And though there are a few laughs here (who can forget "The line between science fiction and science fact is microscopically small!") it's so incredibly boring and confusing most of the time that it doesn't even qualify for so-bad-its-good status. The big finale (which might be the least exciting ever committed to film) is basically little more than fire engines and police cars driving around at night and a few uniformed men running around. The best part is probably the title theme song performed by The Other Three. 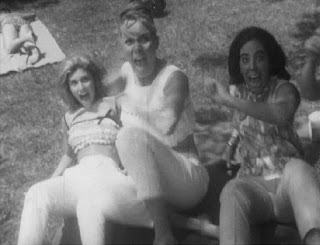 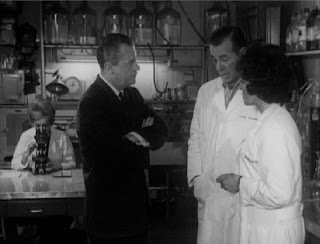 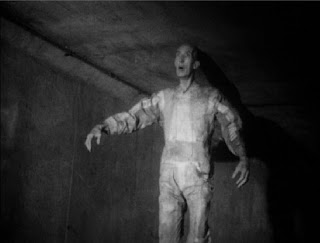 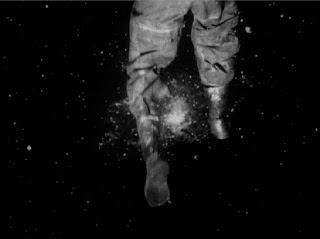 I have a feeling if Rebane (who also provides the voice of the radio announcer) had been able to finish his original film it would have been a hell of lot more fun than this coma-inducing cult favorite. All of his scenes are more fun than the ones Lewis (that's him narrating the film) added. Released numerous times on numerous labels and also ridiculed in an episode of MST3K, the DVD I viewed was from Something Weird. They've paired it with PSYCHED BY THE 4D WITCH (1972).

I have to agree the music is probably the best part!

Definitely. I can find redeeming qualities in nearly every movie but this one really had me stretching to find one!