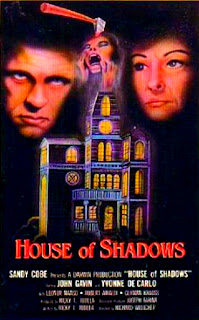 Slow going, plot-heavy, poorly edited, not particularly original and so badly lit that they should have called it "House of I Don't Know What in the Hell is Going On Cause I Can't See Shit," not many people are going to be able to endure this one. To make matters worse, it's also victim to one of the absolute worst English dubs you'll ever hear. The voice actors are awful, there are frequent and very awkward pauses... between every... other... word just... to... match the... lips, plus clutzy narration in one scene that's hard to attribute to a certain character since all of the female roles seem voiced by the same actress. Even the two top-billed, English-speaking stars, Yvonne ("Lily Munster") De Carlo and John (PSYCHO) Gavin, were dubbed. Things begin with our luckless teenage heroine Audrey Christiansen (Leonor Manso, about ten years too old for this role), who is fresh out of an orphanage and never actually met her parents. She's taken up a position as a companion and errand girl for wealthy, lonely, depressed spinster Mrs. Howard (De Carlo), who drinks a lot, lounges around in frilly pink nightgowns and seems to somewhat resent Audrey's youth and beauty. While Audrey's out walking Mrs. Howard's poodle one evening, the dog runs off and into an old house. Audrey walks inside and sees fresh flowers, a burning fire and furniture, but no one appears to be there. Upon investigating, she ends up witnessing a woman being shot and falling down the stairs, then flees. 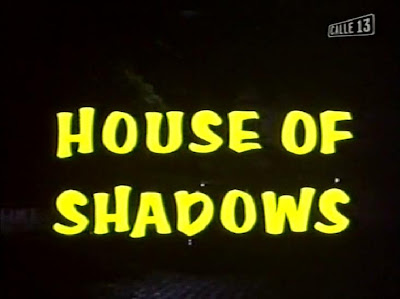 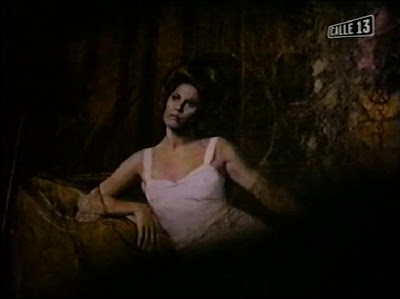 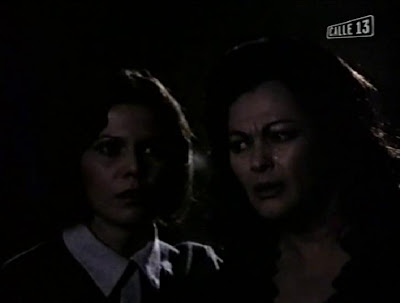 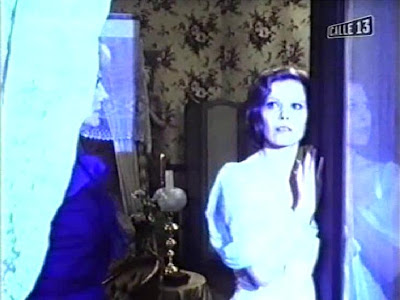 The next day, Audrey, Mrs. Howard and the police go to the crime scene only to see no sign of a crime having taken place. There's also no evidence that anyone has actually lived there for a very long time. Well, aside from an upstairs bedroom that's still clean and furnished. Audrey spots a painting on the wall and instantly recognizes the woman in it as the lady she saw being murdered. She's then informed that the portrait is of a woman who was murdered there twenty-three years earlier. The killer was never found and crime went unsolved... and Audrey looks an awful lot like her. Finding herself drawn to the home for some odd reason, Audrey locates the diary of the victim - Catherine Webster (also played by Manso) - and begins learning more about her life, which we see in flashbacks. Catherine was a promiscuous busy body uphappy in her marriage to Gregory (Roberto Airaldi). She fell in love with not one, but two, different men; Richard Wilson (Walter Soubrie), a married man whose wife Nora (Iris Morenza) found out about the affair, and another guy named Roland Stewart (Gavin); a man Mrs. Howard was in love with who wouldn't give her the time of day. So who killed Catherine? That's what Audrey would like to find out. 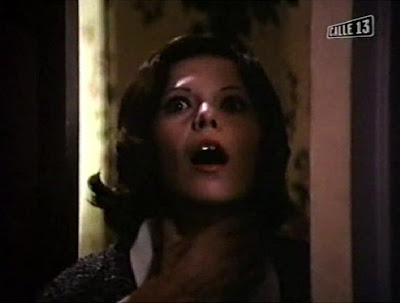 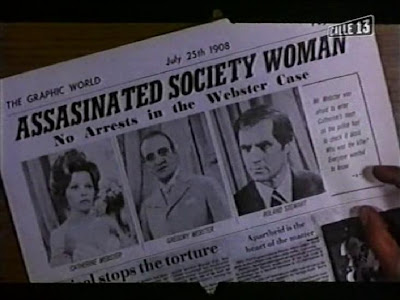 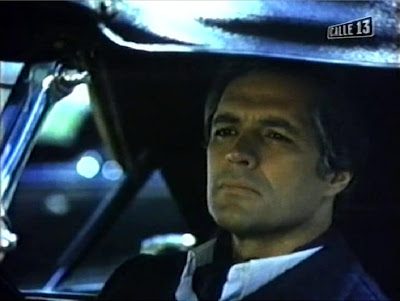 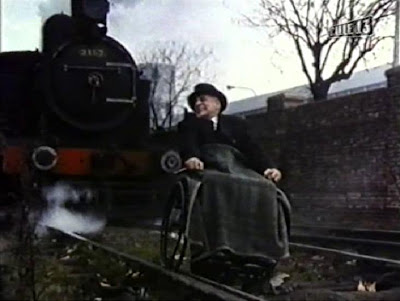 The link between Catherine and our heroine is never fully established, and we never know whether Audrey is possessed or possibly a reincarnation of the murder victim. It's also never explained why she looks exactly like her. Audrey buddies up with Mrs. Randall (Mecha Ortiz), Catherine's former maid and close confidant, and talks about she's not of this world but of "the astral world," but that doesn't make much sense either. Either way, she can't seem to stay away from the house and knows things that only Catherine would know. Everyone seems to want Catherine's diary because it may hold the key to her murder. How everyone knows she even kept a diary in the first place, or why the police never got their hands on it when they investigated the murder, is never adequately explained either. Yes, there are a ton of plot holes and unanswered questions to be found here, and I wonder whether this is the fault of the dubbing, or it's just a poorly made film. 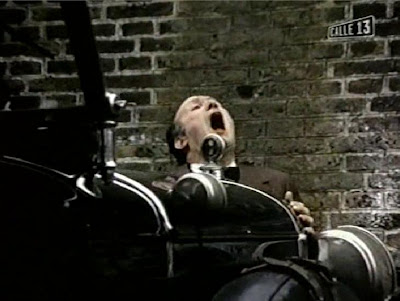 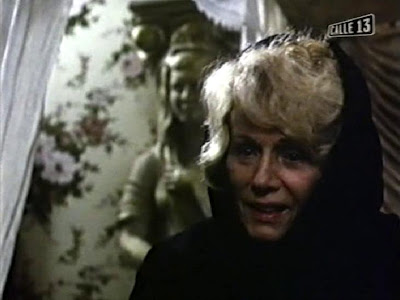 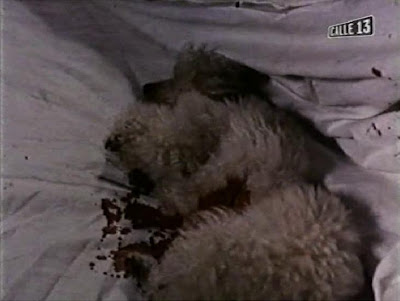 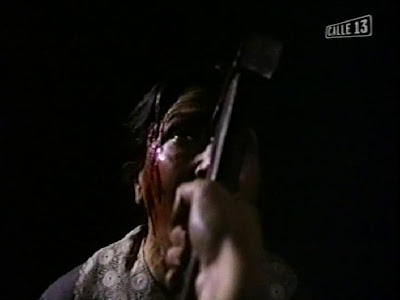 It also takes forever and a day for Catherine's murderer to start murdering again. And by forever and a day, I mean 70 minutes. To start the ball rolling, a wheelchair-bound man in pushed in front of a moving train. The effect is hilariously accomplished by reversing the film (notice how the smoke sucks back up into the train as it 'approaches' the victim). Next up, poor maid Cookie (Nora "Cuyen" / Cullen) receives a hatchet to the face. That's followed by a car going over a cliff after the brake wires are cut, a man getting crushed against a wall by a car and an off-screen slashed throat. The killer also appears to be stalking Audrey. He / she breaks into her room (presumably to find the diary) and then try to run her off the road. When revealed, the identity of the psycho is adequate, but not really much of a surprise. Ricardo Castro Ríos and Germán Kraus co-star as the police inspectors on the case. 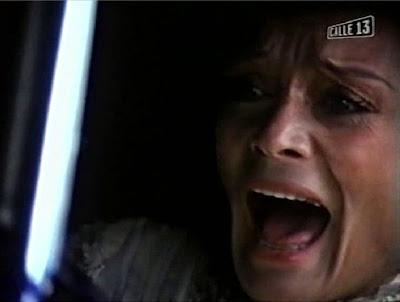 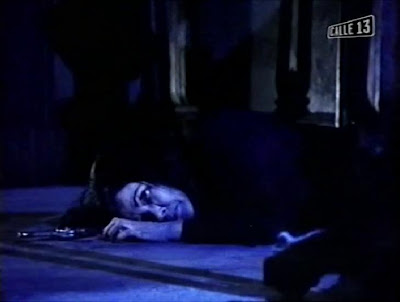 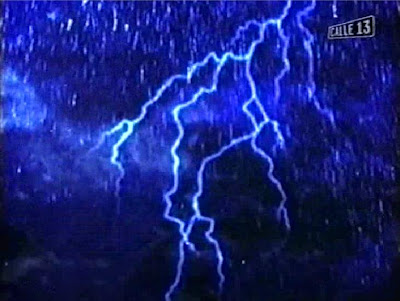 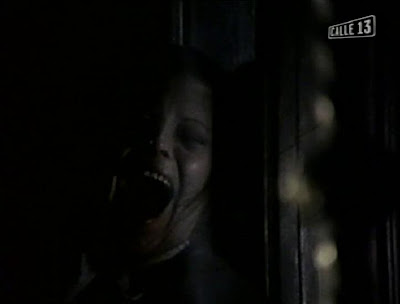 Even though I was bored senseless by the first half of this movie, I eventually got more wrapped up in the storyline once I got used to the lighting and dubbing. Since the film has two decent Yank actors, and the rest of the roles are played by established (and in some cases, award-winning) Argentinian actors, I can imagine the performances in this before the dubbing came into play were fine. The poor dialogue translations and confusing clusterfuck of a plot could also very well be the fault of the dubbers. I can also imagine that the photography and lighting were done with more care than what is present on either the too-dark American VHS release (through Media in 1983), or the one I watched (which was taken from Spanish-based cable / satellite channel Calle 13). It's really hard to tell, so I'm cutting this a little slack on the rating.