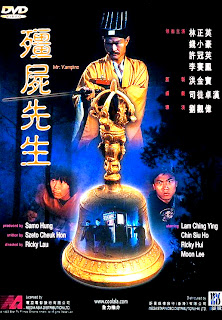 Almost completely eschewing European and American vampire mythology, this Hong Kong horror-comedy (which was a huge hit in Asia) is a fresh and entertaining take on the subgenre. Set primarily in and around a mortuary, wise Taoist priest Master Kau (Ching-Ying Lam, also the film's action director) and his associates keep busy trying to make sure the dead stay dead. His young apprentices; handsome but immature Chou (Siu-hou Chin) and the entirely goofy Man Choi (Ricky Hui), are still novices when it comes to battling the undead and are constantly getting themselves into sticky situations. They seem to be doing a good job keeping the peace in their village until wealthy Mr. Yam (Ha Huang) decides he wants to move the corpse of his father after a fortune teller predicts it will bring him prosperity to do so. The old corpse ends up coming to life, kills Mr. Yam (who will return to life himself) and then hides out in a cave getting stronger by feeding on rats. If that's not enough to deal with, Man ends up getting infected by vampire toxin and Chou ends up attracting the attention of a beautiful female ghost / succubus named Jade (Pauline Wong), who seduces him and threatens to suck out his life force. 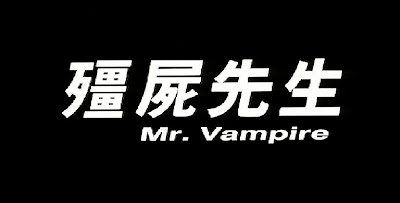 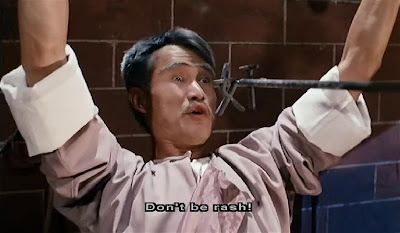 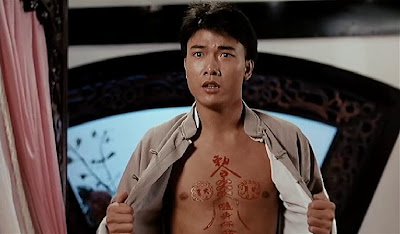 Instead of attractive, seductive, cultured bloodsuckers, the ones here are entirely monstrous and have about as much in common with zombies as they do vampires. They have a rotting corpse-like appearance, have been resurrected from the dead and can transform others into the undead with as much as a scratch. They can also fly, hop and fight, have long blue fingernails and hate seeing their own reflections. Forget about stakes through the heart, sunlight, garlic and crucifixes, because you'll find none of that here. The arsenal of vampire fighting methods includes chicken blood (which - when dotted on their forehead - can freeze a vampire in its tracks), black ink (which - when applied to caskets - can keep the dead inside, and also can be applied to strings to electrocute them), incense (for appeasing the dead), yellow paper (which is attached to a vampire's head to keep them standing in place), snake venom sacks (which - when mixed with other ingredients - helps heal vampire wounds) and uncooked sticky rice (which removes vampire toxins from one's body after infection and also decreases a vampire's power upon contact). You can also hold your own breath to keep them from attacking you. 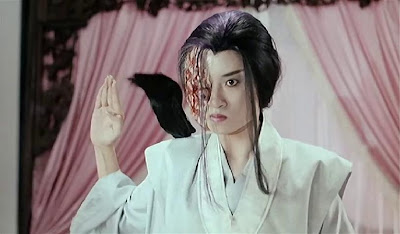 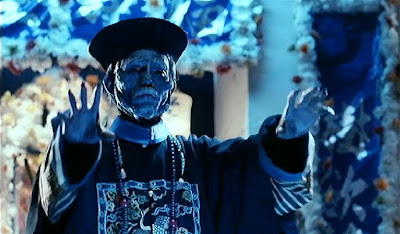 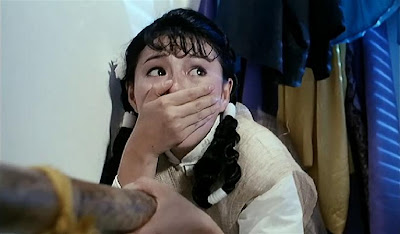 In addition, the film also introduces some new techniques in dealing with ghosts, such as rubbing eucalyptus leaves on your eyes to acquire the ability to see a ghost's true face and using a special dagger powered up with moonlight to fight them off. During one outrageous scene where Master Kau is fighting the succubus Jade, she uses her ponytail to strangle him and then detaches her own head while he headless body continues to fight. There's also a compass-like gadget that helps determine where invisible ghosts might be lurking. 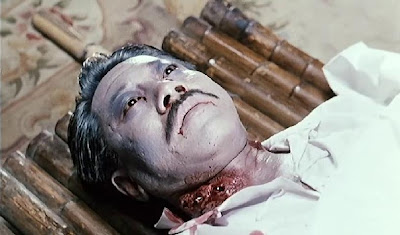 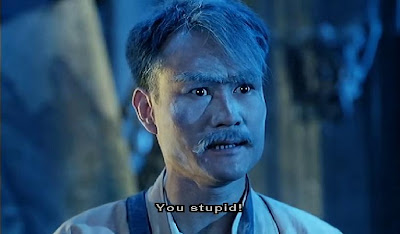 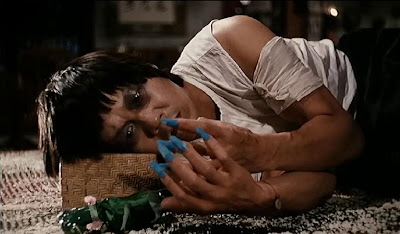 Sometimes the comedy (which relies heavily on slapstick) is a bit strained, but a surprising amount of it actually does works and there are several hilarious moments and many more infectuously silly ones. The cast acquits itself well and the main characters are either likable of funny, with Lam's composed portrayal as the smart, vampire-fighting Master the perfect counterbalance to some of the more aloof characters. The film also delivers in a big way on action. There are brilliantly-choreographed fight sequences spread throughout the film. Hell, almost every stick of furniture is destroyed inside the mortuary during the final ten-minute confrontation with the main vampire! The make-up work and special effects are solid, the period setting is vividly captures, the cinematography is bold and colorful and the stunt work is excellent. 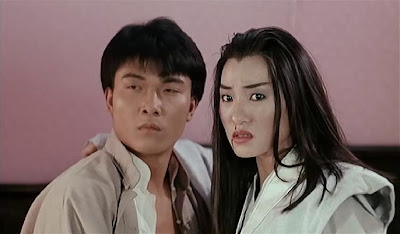 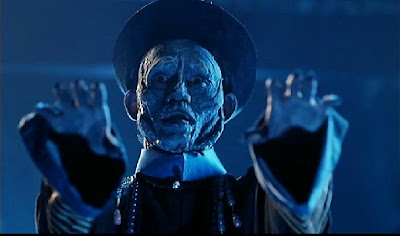 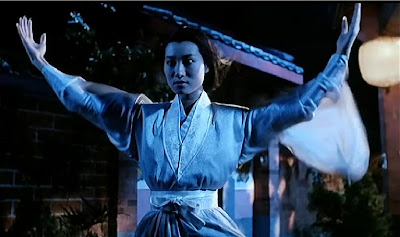 The cast also includes Moon Lee (under the name Choi-fung Li) as Mr. Yam's make-up obsessed daughter Ting-Ting (who sparks the romantic interest of both of Master Kau's assistants and even her own cousin; a police officer played by Billy Lau), Wah Yuen as the main vampire menace and Anthony Chan as another Taoist priest who controls a mini-army of obedient vampires. Many of the actors returned in other films in this series (though playing entirely different roles). 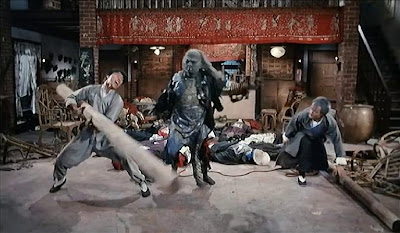 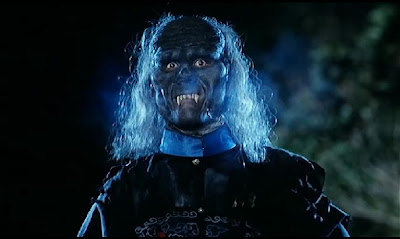 Because of its popularity in the East (it was nominated for eleven Hong Kong Film Awards), Mr. Vampire was followed by many sequels (each directed by Lau); the highly disappointing MR. VAMPIRE II (1986), MR. VAMPIRE 3 (1987), MR. VAMPIRE 4 (1988 aka Mr. Vampire Saga) and MR. VAMPIRE 5 (1992; which was released under the titles Chinese Vampire Story and Mr. Vampire 1992). In addition, there was MAGIC COP (1990), which was the unofficial Part 5 in the series, as well as another unofficial series consisting of New Mr. Vampire (1987 aka Kung Fu Vampire Buster) and New Mr. Vampire 2 (1987; aka VAMPIRE VS. VAMPIRE).

The DVD was released in 2001 on the Hong Kong Legends label.

where is the download link? :( i love classic chinese movie email me pls woooozy420@gmail.com