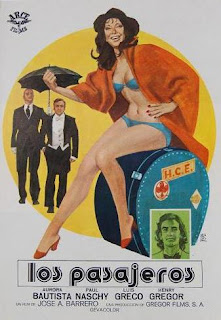 One of the harder-to-come-by titles on the Paul Naschy filmography, this was never officially released in America or any other English-speaking country... and it's easy to see why! This is a bizarre, confusing 'art-house' effort of very limited appeal. Thankfully, I was able to at least get a copy complete with fan-made subtitles so I could at least try to play along. The quality of the print was pretty terrible though and appears to have come from a television broadcast. Two young male hitchhikers; the outgoing and free-wheeling Carlos (Rex Martín) and the more sensitive, serious and pensive Luis (Luis Greco), are walking down a stretch of barren country road when they run across a brassy, middle-aged female hitcher named Veronica (Aurora Bautista). After sharing a bottle of booze, all three are picked up by Henry ("Henry Gregor" / Heinrich Starhemberg), a very stern-looking and apparently also very-wealthy man in a silver Rolls Royce. Once night falls, the man offers the three room and board at his home and the three agree to the arrangement. Once there, they discover that Henry is just a chauffeur, butler and servant to Mr. Aquenatos (Naschy); an intelligent, eccentric (to put it mildly!) and quite possibly mad chap who likes to change identities with the same frequency he changes clothes. He's first seen as a King, then as a Nazi, Napoleon, Genghis Khan and other historic figures throughout the film. 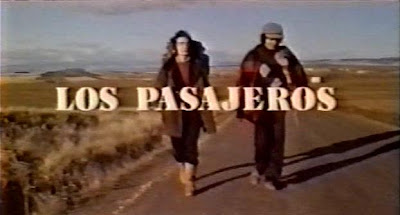 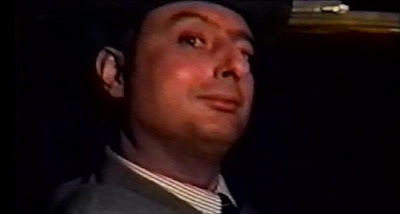 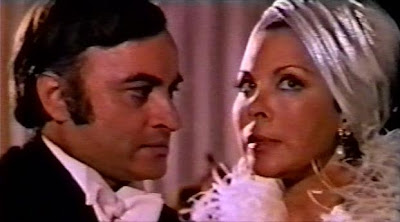 All three of Aquenatos' guests decide to stay on for dinner and a movie (with Veronica a bit leery of his attempts to seduce her) and are then asked by their host if they'd like to live there and work on a stage play he's developing. Despite his and the butler's odd behavior, the three agree. The guys are even allowed to have a couple of female friends; Isabel (Loreta Tovar) and Maria (Eva León), over to stay. Aquenatos sets up a stage in the backyard and the gang get to work, but something's not quite right. As it turns out, there's one identity Aquenatos isn't too blatant about and that's his true identity... and he finds no need to look silly running around in a cape, red tights and plastic horns. Or brandishing a pitchfork, for that matter. His motivation is simple. He wants their souls. Henry wants to spill their blood to "remedy that wind of rebellion," but Aquenatos decides that "It'd be better to keep them prisoners of their appetites and desires." Yes, the dialogue is that pretentious and there's tons of it. Unfortunately for the guests, the show doesn't go on for most of them when Henry decides to have it his way and start butchering them. 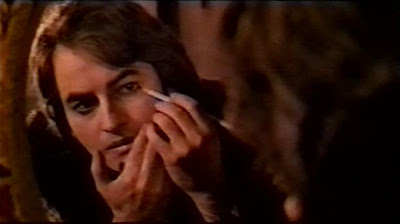 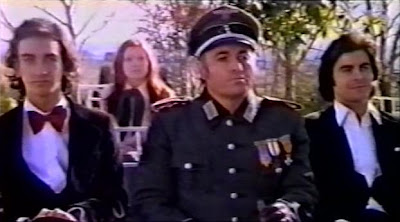 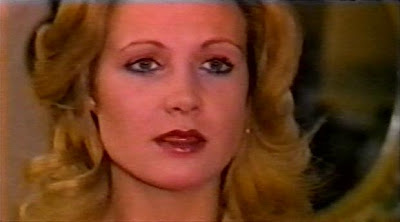 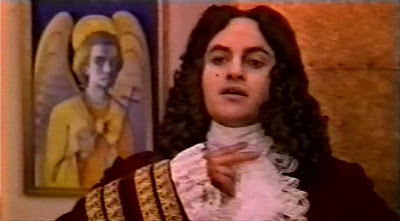 Naschy has a fun and interesting enough role here, but the film is completely stolen by co-star / producer Starhemberg, his hilariously bizarre (though fitting) facial expressions, his stiff upright shuffling around the estate and his overall demented character. The very tall actor (who passed away in 1997) was an honest-to-goodness real-life prince; whose family fled to Latin America from Austria while WWII was in full effect and the Nazis were invading their country. He ended up appearing in (and sometimes financially backing) over a half-dozen horror films while there, including four for director Leon Klimovsky; THE DRACULA SAGA (1972), DEATH OF A HOODLUM (1975; which also featured Naschy), TRAUMA (1977) and THREE DAYS IN NOVEMBER (1978). Needless to say, it's quite amusing seeing someone of royal lineage running around groping women and watching people have sex, stabbing others to death and doing other vicious and perverted things with his eyes looking like they're about ready to pop out of his head. After he murders one of the ladies, he carries her to the backyard and begins making love to her body while it burns on a pile of leaves of branches. In another crazy scene, a matador (!) breaks down outside the home, asks to come in for water, gets on the stage, strips completely naked and then is chased around the yard by the turned-on butler. That ends up being just be a dream. Or is that a fantasy? 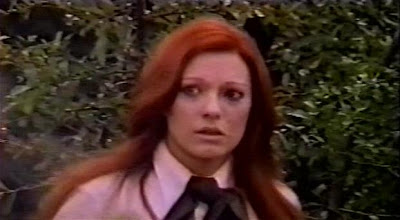 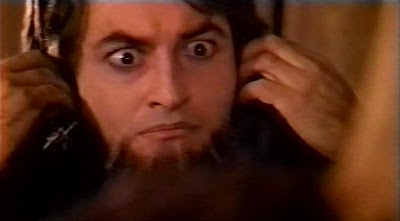 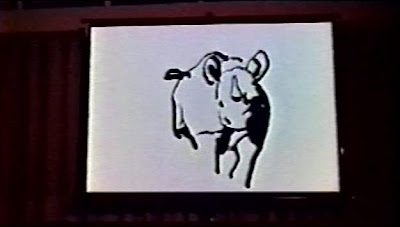 Director Barrero and his crew also don't play by the usual rules in presenting this strange material. The cinematography (by Francisco Sanchez) is interesting right from the opening credits, with several nice shots doing a 360 degree spin. There are lots of close-ups of paintings and eyeballs, and the camera often tilts, turns or spins during the strangest times. There are also several very long shots where the camera is stationary for minutes at a time. During an unbroken take that lasts at least three minutes, we get to see Naschy and Starhemberg gorge themselves on chicken and wine without uttering a word to one another. There's another of these super-long takes when Naschy uses a brush to color his eyebrows and sideburns, try on numerous fake beards and then apply eye-liner. 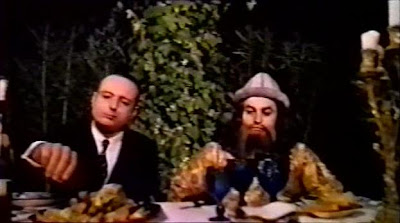 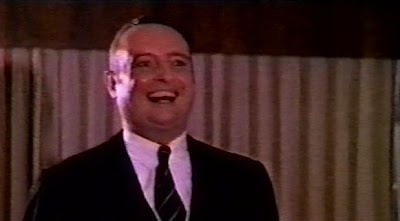 I'm not really sure what to make of all this (there's even a crudely animated segment of a hunter shooting a rhinoceros at one point!), but it sure was interesting to watch. It's also interesting to theorize what it all means. Or what these people were on when they came up with this. But, as usual, I like to leave that up to you to decide.