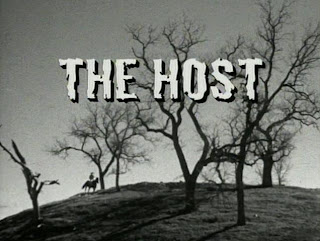 Made while director Jack Hill was still a student, this black-and-white short (which runs about half an hour) is rumored to have been the inspiration behind the third act of APOCALYPSE NOW (Francis Ford Coppola was one of Hill's classmates at UCLA). It also marks the film debut of actor Sid Haig, who'd be a popular exploitation film supporting player throughout the 60s and 70s before gaining a new generation of fans in the 2000s thanks primarily to his frequent casting in Rob Zombie movies (his "Captain Spaulding" from HOUSE OF 1000 CORPSES and THE DEVIL'S REJECTS is probably one of the more popular genre characters of the new millennium). Hill and Haig made a grand total of eight films together (most of which were produced by Roger Corman), including the wonderfully demented, blackly comic SPIDER BABY (1964), the frequently messy, very interesting and sometimes even brilliant vampire tale BLOOD BATH aka TRACK OF THE VAMPIRE (1966), the classic 'blaxploitation' Pam Grier vehicles COFFY (1973) and FOXY BROWN (1974) and several women-in-prison films that helped laid down the foundation for dozens of future chicks-in-chains releases. 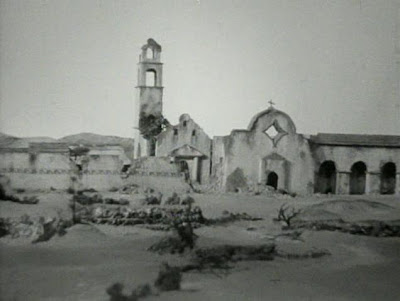 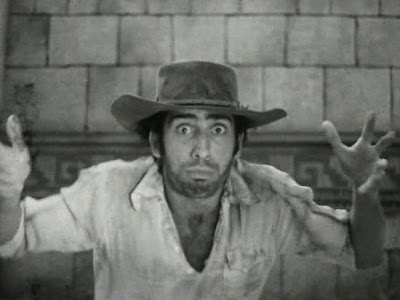 Haig plays an unnamed fugitive from a Mexican prison who's riding around somewhere in the desert when he comes across an old, large, crumbling house. He goes in looking for water and ends up meeting a beautiful, bizarre-acting Indian woman (Sharon Bercutt) as well as a crazed Spaniard (Joseph Hanwright). The Spaniard immediately tries to shoot him, but he jumps for cover. The Indian woman follows him inside, mutters something about how her people are afraid to come out because of the man and how they believe he's preventing rain and thus keeping their corn crop from growing. She also encourages him to kill the guy. After being shot at a few more times, Haig obliges by poking out the Spaniard's eyeball with a tree branch and then bludgeoning him to death. That evening, the Indian woman's tribe (all wearing hoods) emerge from the shadows to dismember the corpse with machetes. Haig begins to think he's struck it rich when he discovers gold and jewels there the following day, but then realizes the Indians may have other ideas in mind. 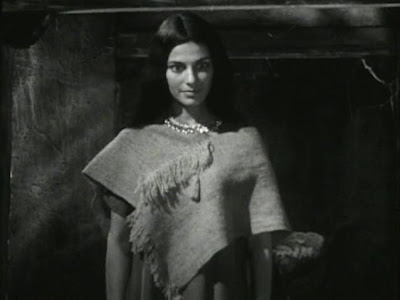 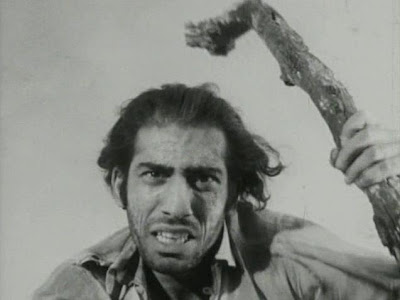 Aside from the curio value of seeing Hill and Haig get their start, this certainly isn't anything to write home about. It's a typical student film done within the limitations of a student film budget and might remind one of a lesser Twilight Zone episode. The photography is OK and there are a few nice images (particularly at the very beginning), but the storyline is muddled and confusing, the acting is amateurish and the score is a bit overbearing. Hill also edited it. The assistant director was Egyptian-born Farouk Agrama, who'd go on to make several horror features himself (under the name Frank Agrama), such as QUEEN KONG (1976) and DAWN OF THE MUMMY (1981). 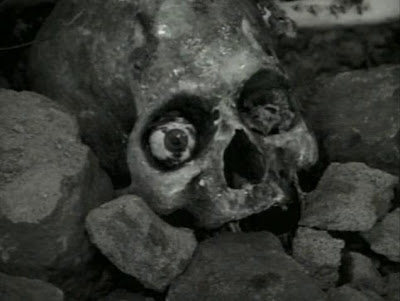 The film has been restored and can be found as an extra on the SWITCHBLADE SISTERS DVD (released by Rolling Thunder Pictures in 2000).

Wow, I had no idea the genius behind Queen Kong got his start with Jack Hill.

I haven't seen Queen Kong yet but I do love the poster. Have you seen Dawn of the Mummy?

I haven't seen Dawn of the Mummy, no. Is it any good?
I haven't seen Queen Kong, either. But I've seen the trailer. And it's 3.5 minutes of perfection that seeing the film itself can only ruin. http://www.youtube.com/watch?v=AlHxg2UzCag

DOTM isn't too bad. It's slow but the last 20 minutes or so are a lot of fun. Now I'll run over to YouTube and see if I can find the Queen Kong trailer!