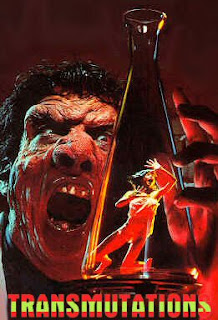 ...aka: Angel of Death
...aka: Tunnel of Terror, The
...aka: Underworld
Directed by:
George Pavlou
One of the first Clive Barker adaptations to hit the big screen (based on one of his short stories). Barker himself co-wrote the screenplay with James Caplin but hated the end result so much that he disowned the entire project. However, Denholm Elliott does a typically fine job as Dr. Savary, a 'mad' scientist who creates a highly addictive new hallucinogenic street drug that results in hideous facial mutation. The deformed and hopelessly-addicted victims (lured under fall pretenses into trying the drug to begin with) end up taking residence in an elaborate tunnel system located underneath London. A beautiful prostitute (Nicola Cowper) who is immune to the bad side-effects is kidnapped by the mutants, a man (Larry Lamb) is hired to locate her and some violent gangsters (led by Steven Berkoff as Motherskill) show up to cause even more complications, but despite the efforts of the writers to create an eccentric bunch of characters and the director to make it all look stylish, this is still dreary, often painfully slow-going, overly complicated and downright boring much of the time (it took me a couple of tries to even make it to the end). Supporting roles are played by Miranda Richardson (who would soon be doing more prestigious films) and Ingrid Pitt (as a whorehouse madam).

Pavlou also made the less-polished, but much more entertaining, Barker adaptation RAWHEAD REX the following year, which Barker also hated. A year later, Barker was able to adapt one of this own books for the screen and the result was HELLRAISER (1987).
★1/2
Posted by The Bloody Pit of Horror at 9:57 PM