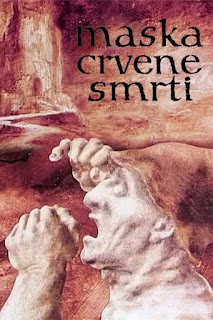 ... aka: Die Maske des Roten Todes
... aka: Le Masque de la mort rouge
... aka: Mask of the Red Death
... aka: Masque of the Red Death
Directed by:
Branko Ranitović
Pavao Štalter
The earliest adaptation of Edgar Allan Poe's 1842 short story that I'm aware of is the silent German film Die Pest in Florenz / "The Pest in Florence" (1919), which has a pretty impressive pedigree with Otto Rippert (Homunculus) at the helm and a script by Fritz Lang. Though it does use Poe's story as a template of sorts, the film alters other key details. For instance, the "red death" comes in the form of a mysterious temptress who corrupts those in a city, leads the populace into sin and debauchery, drives out the church and brings in a plague. The story emerged again in the now missing 1923 Soviet film Prizrak brodit po Evrope / "A Spectre Haunts Europe," which (going by the available plot synopsis) also takes great liberties with Poe's story, and was supposedly also adapted as part of the Lights Out TV series in America in 1951. That version also appears to be missing.
Up next was the most famous adaptation of them all: the 1964 version directed by Roger Corman and starring Vincent Price. Though it wonderfully captured the essence of the source story, the film had to incorporate another Poe short story ("Hop-Frog") and add other elements (like turning Price's evil hedonist prince character into a Satanist) to make it to feature length status. After all, Poe's story is just 1225 words long. Even though I love Corman's version, this is a work that lends itself much better to short subject treatment if one's really caught up on accuracy and faithfulness. And we finally got the short version in 1969 in the form of this 10-minute animated short. However, it must be mentioned that even this strays from the original story! 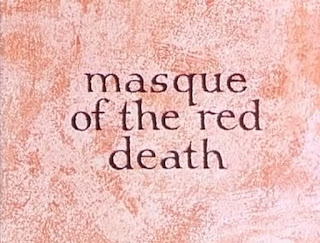 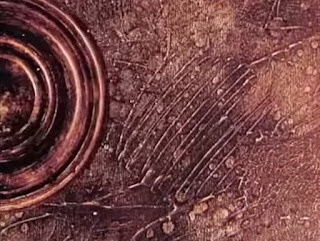 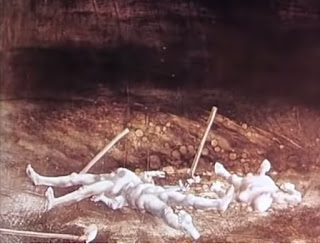 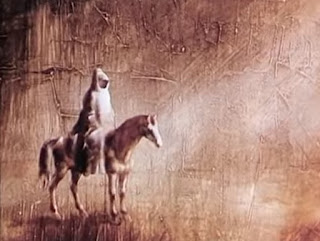 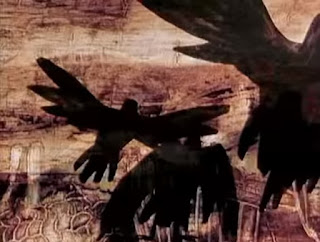 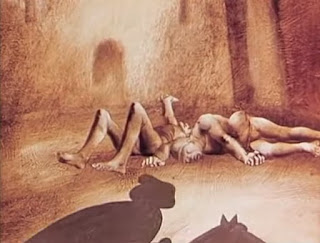 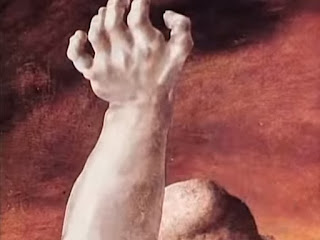 A shrouded figure on horseback makes its way through the countryside, scattering flocks of birds as it goes. When it passes by peasant workers slaving away in the fields and forests, the men promptly scream and fall over dead. Even a penitent order of monks aren't spared as a deadly plague spares no one. Ignoring all that is going on outside, Prince Prospero and his well-off buddies wall themselves inside his large castle. With the closure of four different steel doors and all the window shutters, they're hoping they can ride this one out until the plague sweeps through and does its thing on the less fortunate. There, they eat, drink and be merry. There's a jester who entertains with dancing, music, buffoonery and even a gag poking fun at death itself. But then in a twist to the story (seemingly borrowed from the Rippert / Lang silent version cause it ain't in Poe's story), a mysterious, seductive and beautiful woman shows up who isn't what she seems... 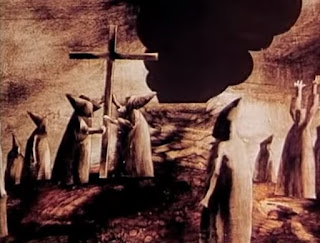 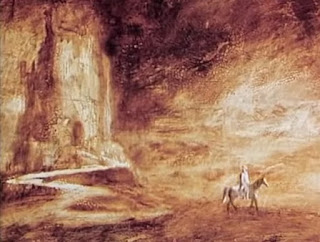 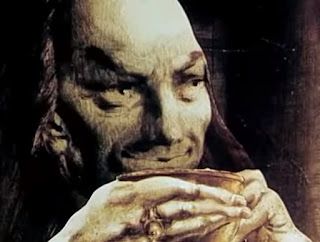 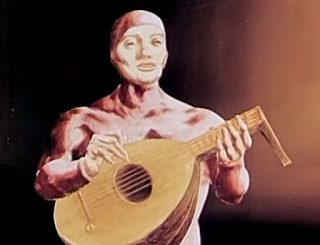 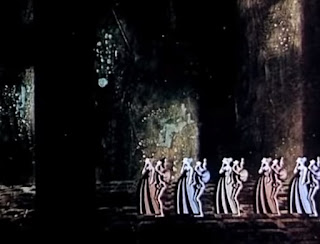 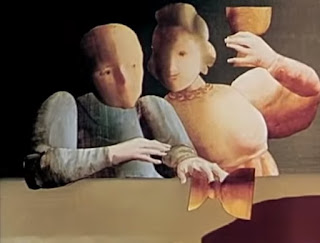 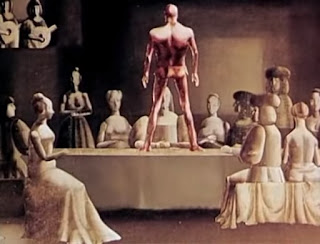 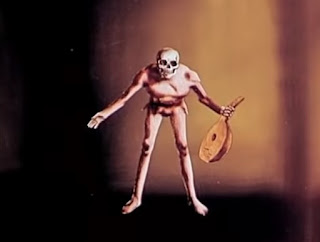 There's a combination of collage and painting used for its sparse animation and the imagery and sound design are genuinely creepy at times. Even though this is gorgeous to look at (each frame really does look like a work of art), my only reservation is that I'm not sure the muted palette chosen was the best choice considering how much emphasis the story itself puts on color. This aesthetic decision certainly takes away from some of the more vivid and memorable imagery of the story, like the castle's seven different rooms of differing colors with matching décor and, of course, the striking nature of the red death figure who really should be popping instead of blending in with the backdrop. Still, this is visually striking all the same. 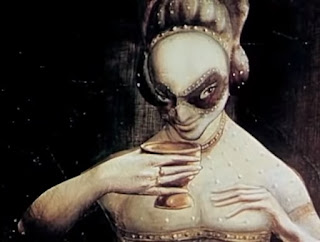 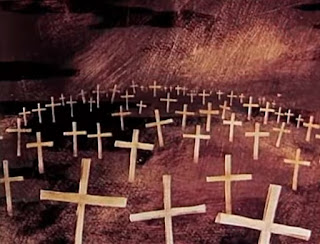 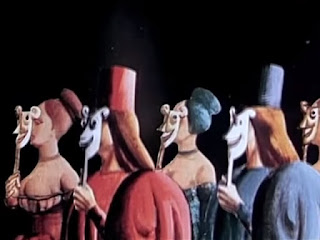 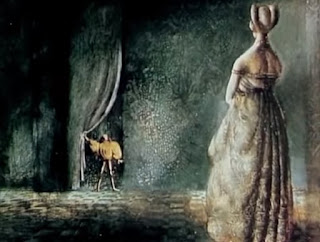 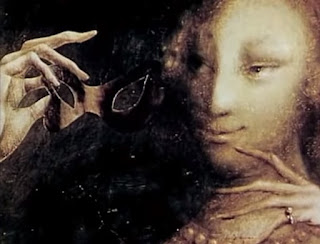 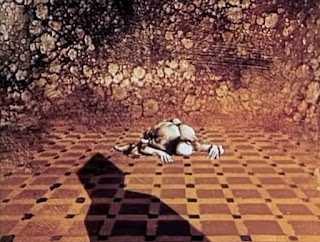 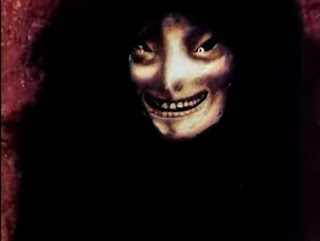 This took two years to complete and won a whole boatload of awards playing at various international film festivals in 1971, including at the Annecy International Animation Film Festival and Hollywood World Festival of Animation. It was released on DVD by Image Entertainment in 2000 in their collection "The Best of Zagreb Film - Volume One: Be Careful What You Wish For and The Classic Collection."
★★★
Posted by The Bloody Pit of Horror at 2:33 PM